And only makes us more nervous about a live action Aladdin

Share All sharing options for: Mulan leak shows Disney wasn’t prepared to bring the '90s back in live action 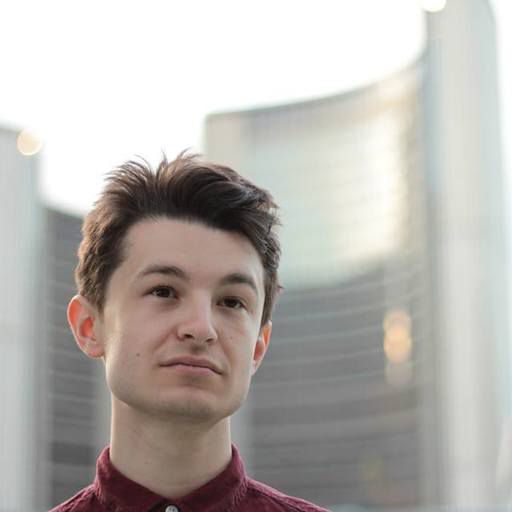 This month, the hashtag #MakeMulanRight spread on social media after an early version of a script for the Disney remake was leaked. Why the outrage? Disney’s live-action version of their animated hit Mulan would evidently not focus on Mulan herself, but on a white European man who saves her. Amid similar controversies of white-washing around films like Ghost in the Shell and The Great Wall, the leak was particularly maddening to people who just want people of color to be represented onscreen.

White-washing happens when a story is manipulated to better serve or appeal to white people. Casting Scarlett Johansson as the lead in the live-action Ghost in the Shell, a story closely tied to its Japanese specificity and origins, is one of the most recent prominent examples, but white actors, writers and directors have been taking the stories of others and making them their own for quite some time.

The cultural landscape of 2016 is far different than what it was like 30, 20, or even 10 years ago, and Disney is quickly discovering this as they vigorously commit to live-action remakes of their animated classics. First there was Maleficent in 2014, then Cinderella in 2015, and this year the company released The Jungle Book (a huge success) and Pete’s Dragon (a modest one). In March, director Bill Condon’s live-action version of Beauty and the Beast with Emma Watson will be released, and there are at least a dozen other remakes in various stages of pre-production or development, from Pinocchio to Sword in the Stone.

So far, issues of identity have not been of great concern for these remakes. But with a turn toward stories that are more explicitly about aspects of identity like race and gender, Disney has been caught somewhat off-guard. Guy Ritchie, of all people, is reportedly in talks to direct the live-action version of Aladdin. That project has been described as an "ambitious and non-traditional" take on the story, with a script written by John August. No word on casting, but with white men behind the camera and the script, questions arise about how Disney is making choices about a live-action film taking place in the Middle East. Indeed, the fictional city of Agrabah in the original film was already criticized at the time as an exaggerated, simplistic take on Middle Eastern culture and history, and I’m not sure if I trust Guy Ritchie to right that wrong.

After the Mulan script, by Lauren Hynek and Elizabeth Martin, was leaked, Disney was quick to produce a statement that said it was a very early version of the story and that Mulan will be the protagonist, and all of the main characters will be Chinese. On Wednesday, it was reported that Disney had approached Taiwanese-born director Ang Lee for the film, but he had turned them down. At any rate, Disney has been clear that they will be casting a Chinese actor to play Mulan, and are seeking an Asian director.

The question is, why does Disney seem unprepared? Who at the company believed that focusing on a white male lead was acceptable even in an early draft version of the script?

First, this is partly due to what is both the primary advantage and disadvantage of these remakes: telling classic stories from new perspectives. These remakes intend to carefully straddle the line between nostalgic familiarity and original storytelling. With that in mind, we can tell the story of Sleeping Beauty in a new way by focusing on the villain, Maleficent. These remakes can give insight into characters we spent less time with in the animated films, offering a worthwhile reimagining for a new generation of children, and a valuable expansion for fans of the original.

Disney is not interested in subverting the cinematic status quo

But this can backfire. Much of Mulan’s power came from its cultural focus, and from its representation of gender in a strictly patriarchal time. It seems baldly tone-deaf to even consider turning it into a story about a white male savior, whether in a final draft or in an initial story proposal. And Disney, a giant corporation for most of the twentieth century and certainly the twenty-first, is undertaking projects that have to contend with developed and developing ideas about identity and representation that were not even on the company’s radar when two white dudes directed the animated Mulan in 1998, for example. Sony, who are planning their own live-action version of the Mulan legend, just hired Game of Thrones director Alex Graves for their project, so Disney is certainly on the hook to make a better decision.

We can trace some of this to the fact that "identity politics," over the last decade or so, is a phrase that has moved out of academia and into the mainstream. Along with a greater awareness of how identity works and is consumed and presented, there comes a greater demand for our artists to take identity seriously in their expressions. But this is also, much more significantly, the result of under-represented people getting fed up with seeing the same old characters in the same old stories doing the same old things. Disney is an inherently conservative company, focused on "family values" and monetary profit. They are intrinsically capitalistic in nature and they go where they perceive the money to be. But telling these stories is a heavy responsibility that is much more nuanced than such an entity may be used to or prepared for today.

Part of the problem for Disney is that they are transforming their animated films into live-action for an entirely different audience and era. This brings all kinds of new considerations, in ways that have an impact in front of and behind the camera. A live-action film makes us think much more honestly about who is representing the story onscreen, and who is telling it. We see their faces. And when you combine this with the greater role of identity in our cultural discourse, it becomes impossible to separate the actor from the character, the storyteller from the story. At least in front of the camera, Disney should know better, when you look at the female-driven, racially-diverse Star Wars franchise they are reviving.

But they have no precedent for change behind the camera. Frankly, Disney is not interested in subverting the cinematic status quo. As a company, they have flourished by helping to design the status quo. Moreover, the formerly-ignored are voicing their opinions and demanding that their identities be taken seriously in ways that simply did not exist decades ago (on social media, for example). As a company, Disney is cognizant of these changes but seem unable to buck their historical disinterest in hiring people that will push them forward.

Artists project their identities and understandings out to the world, and spectators project their views, responses, understandings and identities back. And contrasted against the idea that we are a culture of passive spectators, happy with our meaningless blockbusters; there are countless examples of critical thinking being effectively used in identity-related decisions in cinema and television. In response to harsh criticism about non-trans people telling trans stories in Jill Soloway’s Amazon series Transparent, which features a cis-male actor in the lead role, the series has hired trans consultants, writers, crew and cast members and others. It’s not entirely clear how much of an impact this has on the series itself, but it reinforces the strongly-held belief that it matters who is in front of the camera, and it matters who sits behind it. And this is especially true for people who are not used to seeing their stories told.

The fact is that no film or piece of art exists in a vacuum. There are countless contexts that any spectator must reckon with, and as such, nothing is viewed simply on its own terms. Disney is a brand that, since its start in 1923, has been synonymous with family. Despite slightly edgier acquisitions like Marvel in recent years, this remains true. Parents like a sure thing. Consumers do. The issue is that the Disney brand was also once known for its innovation. It is true that Disney distributed the top four highest-grossing films of 2016 so far: Captain America: Civil War, Zootopia, Finding Dory and The Jungle Book — and Rogue One is still on the way. But it is also true that most of their success comes from acquired properties (Marvel, Pixar, Lucasfilm), and that their biggest push for the future is currently in these live-action remakes. To be innovative in that context, you cannot simply tell familiar stories in familiar ways.

When was the last time we saw a big-budget blockbuster film from a top distributor like Disney with an Asian cast, a female Asian star, and an Asian director? (Hint: never.)

Audiences are not passive. And our expectations have shifted in ways that Disney is struggling to understand. They have fast-tracked Mulan, placing it for release on November 2, 2018. They have also hired Jurassic World writers Rick Jaffa and Amanda Silver to rewrite the script. While the married pair are not Asian, it’s interesting to note that in their draft of Jurassic World, the protagonists were Chinese; director Colin Trevorrow made the decision to focus on Chris Pratt and Bryce Dallas Howard’s (white) characters. In Hollywood and in Disney films, whiteness is the assumed default. The cumulative effect of white-washing isn’t entirely clear, but certainly it has had an effect on audiences’ ability to be empathetic toward others unlike themselves. Think about the cultural effect a blockbuster, all-Chinese, live-action version of Mulan could have.

One gets the impression that Disney would not be making these identity-related decisions if not for the intense pressure they are being put under by the audience, but cinema has always been a medium that ultimately delivers what filmgoers demand, one way or another. Some of the company’s trepidation must be originating in their narrow and corporatized understanding of what will stop them from making the greatest amount of money. They are unclear on the financial metrics of a non-white, non-male, non-dominant blockbuster. As we continue to argue about representation and identity, it’s important to remain critical of how risk-averse our creative industry can be toward risks that don’t even exist.