It can be done

Share All sharing options for: How to make a blazingly fast VR racing game (that won’t make you sick) 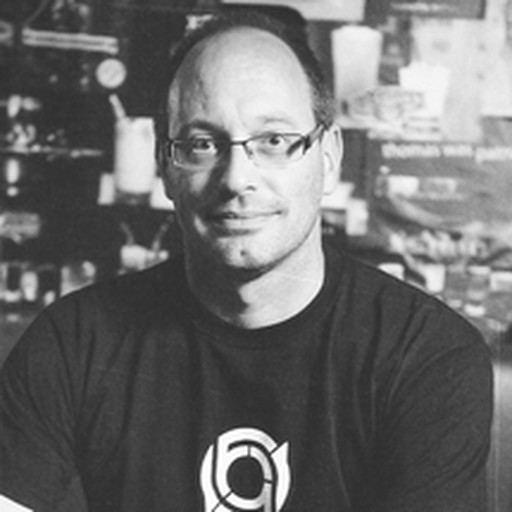 Since we started demoing our first virtual reality sci-fi arcade racing game, Radial-G : Racing Revolved, at events in early 2014, we have seen nothing but genuine surprise at how comfortable 99 percent of players find the game experience.

We are now fully launched on the Oculus and Steam stores, and the former has a "comfort rating" applied to titles determined by the Oculus Store team. We are rated "Intense," and frankly, if we weren’t, we’d have failed in our goal of making the fastest yet most comfortable arcade racing game for VR. Now we're busy preparing to launch on the Sony PlayStation VR system this month.

Places where we’ve shown the game have included both small-scale efforts like VR meetups with 100 attendees and large-scale efforts like EGX Rezzed with hundreds of thousnads of attendees. We reckon over the years we’ve demoed the game to over 6,000 people and, keeping a check of our log book, under one percent of players have had to stop and remove the VR HMD before 20 seconds of gameplay is up.

How have we achieved this?

I have highlighted some key areas of VR design in the screenshot below. These were prototyped and tested extensively by the team to determine what did and didn’t work well in VR and what was comfortable for us and, when ready, for test users.

Note that, back then, we were early adopter developers working with the first Oculus development kit that had no positional tracking. There weren’t many experiences available to compare against. We had no "VR legs" and felt ill regularly throughout development and testing.

These days, with the improvements in the technology like higher screen resolutions, lower latencies, higher refresh rates and 1:1 tracking, it’s hard to make us sick through the technology; we only fall ill due to badly designed and developed VR experiences.

You can watch this trailer for our latest update to see all these tricks in action.

Nausea can be caused by a variety of uncontrollable factors, however, such as age and health of a user, the ambient temperature of the real world environment they are playing in or surrounding noise levels.

Nausea can also be reduced by a variety of factors that aren’t our doing, such as the stability of the commercial hardware from Oculus and HTC compared to earlier hardware and the power available from the latest ranges of GFX cards from AMD and Nvidia, ensuring that the game is rock solid at 90Hz always every time.

We know some of our peers were unable to play Radial-G : Racing Revolved without feeling nauseous all the way through development on the first two development kits, and it wasn’t until the commercial launch of the Oculus Rift that they were able to play comfortably. With our early demo on Oculus DK1 though, some others of our VR peers often asked if we’d hacked the HMD because they couldn’t believe the performance and visuals we had achieved.

A/B Testing and the "nocebo" effect

After a couple of events of finding ourselves explaining VR and how Radial-G could be extreme as a first-time virtual reality experience for would-be players in the queue, patiently awaiting their turn, we noticed that we were subconsciously planting a negative seed in the minds of players about how they were going to feel playing the game.

Therefore we started doing some A/B tests on the queueing event attendees, purposefully not mentioning or warning about potential side-effects of VR, and specifically something as hardcore and high-speed as our game, as a first-time experience.

What we saw was a reduced number of people who went into the demo expecting to feel nauseous and having that sensation as a result.

While not 100 percent scientific, and it’s arguable whether you should warn people about the (potential) side-effects of VR, we felt it best not to mention nausea unless specifically asked. In that case, we would inquire as to whether they generally get motion sick in moving vehicles and can correlate those who do to those who are more likely to feel "funny" in VR.

Our biggest challenge of late was with a pregnant woman who was one day away from her due date. After much warning and agreement that we wouldn’t be held accountable for any mishaps, she happily played the game without any ill effects.

If the game does make you feel nauseous, make sure your PC is fully VR-ready. Make sure you are playing properly; race on the inside with the track coming up in front of you rather than cresting the brow of the hill. If that doesn’t help, then at least you can call yourself the one percent of something.

Our award-winning high-speed, arcade sci-fi racer "Radial-G : Racing Revolved" is available now on the Oculus Store for Oculus Rift and also on the Steam which supports Oculus Rift, HTC Vive and OSVR. The Sony PlayStation VR version launches in October.