Taking the first steps in creating a new game

Share All sharing options for: How indie games begin 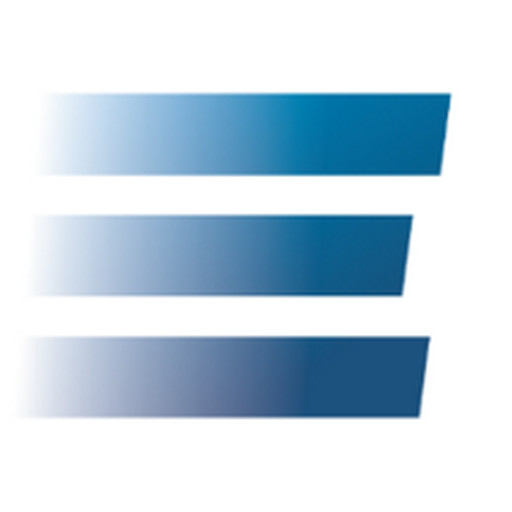 Generally, developers want to show off the most complete, polished version of a game that we can. That’s only natural. We want to put our best foot forward.

It’s rare to get a look at the early stages of development, when a game is just starting to take shape. It’s rarer still to see how that development gets started in the first place, before the first line of code has been written. That critical stage of pre-production is often the most interesting, dynamic and consequential part of the whole process.

I’m a solo indie developer, so I get to control the entire process from idea to launch. Today I announced my third virtual reality game, Skylight, a simultaneous-turn-based tactics game about space battles. It still has a long way to go, but I wanted to share a look at those early stages of development and to talk about how games like Skylight come into being.

It starts with an idea

The biggest reason I became a game designer was that I'm full of ideas for new games, all of which I’m dying to see created. These ideas can come anytime and from anywhere, so I keep a running list of them. There's the game about ancient maritime trading republics, the game about liquid moving through a flow network, the game that takes place on the paintings of Mondrian ... I could go on.

There’s never a shortage of ideas, and at this stage, they aren’t worth much. Each one has some spark of untapped potential that gets me excited, but so far that spark only exists in my own mind.

That’s why I’m comfortable sharing my ideas; even if someone tried to "steal" them, I’m confident that they won’t be able to see that ineffable potential like I do, and I have a thousand other ideas besides. The idea is where the game starts.

In the case of Skylight, the idea had been percolating for a long, long time. I’ve been captivated by every scene of giant capital ships floating in space with starfighters zipping around them ever since I was a kid, and I was fascinated by the idea of someone orchestrating that chaos. While most movies and games focused on Luke Skywalker, I wanted to be Admiral Ackbar.

About 10 years ago, I started to imagine those huge fleet battles inside a simultaneous-turn-based game, alternating between a paused planning phase and a frantic action phase. In high school, I started writing design notes on the school bus, sketching plans and writing up tables of ship statistics for the different factions I envisioned.

Later, I built two different prototypes for this idea, and in my freshman year of college I remade those into a small 2D game. That scratched the itch for a while, but I found myself thinking about it again and wanting to do it right once I started working in VR.

An exciting idea might be enough for me to start on a game jam, an exploratory prototype or a fun little side project. But that excitement is only the first part of the equation if I plan to start on a full, commercial game. There are two other big questions to ask.

Do I have the ability to make this game?

Maybe the vision is too big or too technically complex for me to fulfill. Like Liam Neeson, I have a certain set of skills, but there's a lot that I can't do. Can I hire people to fill in the gaps? Will I be able to find the right people? Can I finish it by my intended deadline?

This can be tricky. I've always had trouble finding good people to work with, and I’ve had a few bad experiences. My best collaborations have always come through referrals or strokes of luck, which aren’t always easy to get on short notice. And how do you evaluate someone you've never worked with before? Hiring is a whole skill in its own right, and it's not yet a strength of mine.

You have to be honest and realistic about these kinds of limitations if you want to actually finish your game.

Does this game make sense from a financial perspective?

I like being an indie game designer. I want to keep doing it. Right now, I have a certain amount of money in my bank account, and it can support me for a certain amount of time. That's my runway. My goal is to keep extending that runway so that I can do this for the rest of my life (even if I never "take off"). So I want to pick games that will make the runway longer rather than burning through what I have left.

Right now, the runway is at a pretty healthy length. My previous two VR games, Darknet and Tactera, were made on the cheap, and they performed well. From my perspective, anyway. As a one-man company, my bar for success is way, way lower than most dev teams.

Some of that is due to luck, privilege, and catching the VR wave at the right time. But I was also very careful when it came to managing risk and scope. You can watch a trailer for Tactera below, if you’re curious:

Estimating the cost and difficulty of production is notoriously difficult, as many Kickstarter projects have discovered. It's easy to add vague features onto a to-do list without understanding how tricky they'll be to actually implement, especially when you're just starting a project and you're pumped up about a new idea.

Sometimes you’ll hear advice like "cut every feature you can stand to cut, then cut more" or "estimate how long it will take you to finish the game, then triple it." That advice is designed to protect you from yourself, and it’s worth heeding.

On top of that, determining what the market will support is even trickier. It’s a skill that comes with experience, and the only general advice is to be conservative and to leave room for error.

Skylight passed the practical tests with flying colors. I knew that I could re-use a lot of the code that I wrote for my previous game, Tactera, and I could work with the same 3D artist (the talented Alexander Kvasnicka) and be confident that the game would look great. Second, I spoke with representatives from Oculus at a conference, and it sounded like they were excited about this game. With their support, and with my knowledge of the sales figures of my previous VR games, I felt confident that this game would be a sensible choice. I gave Skylight the green light — a pretty informal process in a one-person team — and started on the fun part.

Eventually the time comes to sit down and start planning out the various features of the game, fleshing out the idea until it turns into a design. For me, this process usually takes place on paper, and there are usually a few core ideas that act as a foundation for everything else.

In Skylight, I knew I wanted to have giant capital ships, squadrons of tiny fighters and some medium-sized ships in between. I knew I wanted the player to feel like a mastermind admiral, carefully orchestrating a fleet's tactics through clever maneuvers. I knew I wanted to keep the near-field faux-holographic format that worked so well in my previous game.

The next step was to take those elements and to start filling in the gaps, adding details and trying to form a coherent whole. How do the controls work? How can I make the gameplay both deep and accessible? How is the game structured at a high level? Why will the player want to keep coming back? It doesn't take long before I start to have a pretty clear idea of the game's outline.

Then it’s time to start planning for assets like art, music, and sound effects. I could hire someone to make them (but who?), try to buy them online (from where?) or try to make them myself (but how?).

A blank canvas is a scary thing. Being the master of my fate is great and all, but when your job description is "figure out what you need to do and then do it," it's not always easy to know where to start.

That said, this is often the most fun and rewarding part of game development. Even if you're being hard-nosed and realistic about it, it's fun to imagine all the cool stuff that you're about to build. It gets even better once the pieces start to come together for the first time. Seeing early art is always a treat, like I’m getting to see my own game for the first time. There's a particular joy in finding things that fit together perfectly.

In Skylight, the best example is the music. In the past I’ve hired composers to make custom music for my games, but when I’m short on time, I find it useful to search for pre-made music to license. After a few hours of searching, I found an album of "Ambient Drum and Bass." It's an entire album of fast, intense DnB songs, but each one has a "no drums" version as well, which reveals a soothing space-y ambient track underneath.

Skylight features a lot of slow tactical periods when the player is planning their moves, but that's continually interspersed with fast-paced moments of action when all those orders are being executed in real-time. I can make the music crossfade between the ambient version and DnB version of each song in those transitions.

Presto! I have a complete, dynamic soundtrack! This album is perfect for this game, and finding it was a stroke of luck.

Those joyful discoveries, in turn, start to influence my vision for the game. When I started my search for music, I wasn't exactly looking for either space-y ambient music or energetic drum and bass, but the album was too good to pass up. Now I've mentally incorporated that into the rest of the game. "Here's what the background music will sound like. So, based on that, how should I design the menu animation, or cast the voice actor?" One by one, the pieces start to fall into place.

End of the beginning

The game is only just starting the true production phase of development once all that is done. Most of the art is missing or incomplete, most sounds are placeholders and the game is barely playable. There’s still a very long to-do list, and there’s a lot of hard work and craft that goes into that.

The vision, though, is there. The wireframe of the game is visible, and when you’ve been excited about the idea for such a long time, it’s extremely fulfilling to see it for the first time. This game, which once existed only in your mind, now exists in the world.

For me, that’s the magic of game development.

E McNeill is the creator of Darknet, a VR cyberpunk hacking game, and Tactera, a VR tabletop RTS. He is also the designer of the mobile games Auralux and Auralux: Constellations.