Luke Cage is the black hero we've been waiting for

And his show is destroying expectations

Share All sharing options for: Luke Cage is the black hero we've been waiting for 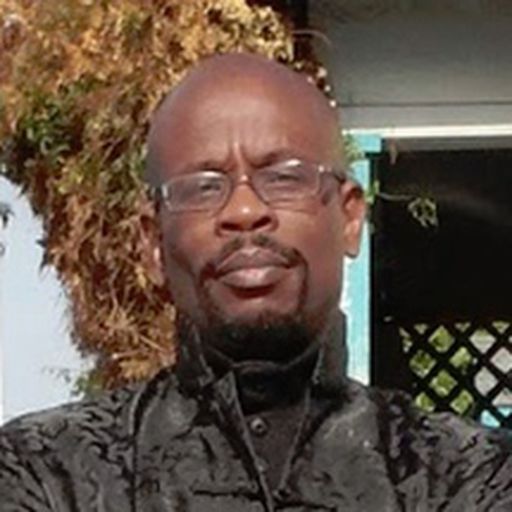 I started reading comics in 1972, the year Luke Cage, Hero for Hire came into existence. I am a black man who's watched media all my life waiting for a black hero who could represent me. Was it asking too much to have a hero I didn't have to be ashamed of because he didn't speak the Queen's English; a hero unburdened with negative stereotypes?

Someone who wasn't crippled by the very event which gave him his superhuman abilities. A character who wasn't a pimp, pusher, or gang-banger with questionable moral qualities; a hero who wasn't just an oversized sexual appetite with a fetish for the largest firearms imaginable. A hero not inclined to use the N-Word every fifteen seconds.

According to the roles presented to black actors over ten decades, the answer is unfortunately, yes.

This has minor spoilers for Luke Cage!

I've waited forty-six years for a television series to make me feel like Marvel's Luke Cage did.

Judging from the temporary collapse of Netflix's servers opening weekend, I was not alone. Daredevil and the later Jessica Jones both garnered a respectable audience. Both Emmy-nominated shows were considered phenomenal successes, introducing Charlie Cox and Krysten Ritter to wider audiences. Neither show, however, managed to bring Netflix’s technological capacity to its knees.

The network service should have been hardened by its experiences with the two well-received series. Instead, a day into the streaming, Netflix faints like an overdressed Southern belle in a romance novel. The collapse revealed an as-yet unrealized potential in showcasing heroes and casts of color. In our media-saturated society, we often hear about a famed celebrity "breaking the internet." I would say the pent up demand for a black superhero, who spoke to minority audiences, who gave a voice and a face to people of color, was long overdue.

Luke Cage does not just empower its lead character, it gives a voice to an entire cast of color. The failure of media giants is their continued belief there's no market for minority actors in leading roles. The notion is that their stories don't need telling, no one wants to hear them, and their continued invisibility is in the best interest of the world at large.

Luke Cage gives a voice to the entire cast of color

Movies like Gods of Egypt, set in a mythical Egypt, had all but one of its gods cast with white actors. Director Alex Proyas said he couldn't see anyone coming to see a role with unknown black and brown actors in the roles of the Egyptian gods. Gods who would have been considered brown during the period they were being worshiped. Gods of Egypt cost $250 million to produce and made a paltry $25 million at the box office; an utter flop by Hollywood's standards.

How do you look at a nation where the white majority continues to shrink, and by 2040 will be in the minority and say: there is no future for characters of color to be depicted in a positive light in modern media?

Luke Cage puts this myth right in the ground where it belongs.

There is so much good to be said about this series, it's hard to know where to start. Luke Cage was a project at the perfect crossroad of technology, comics and culture, an already proven powerful combination in modern markets. But Cage had something none of those other media events produced by Marvel or DC had. Color; glorious color. Every shade, every hue, in numbers and in roles too numerous and significant to ignore. The show has revealed an unacknowledged hunger for representation. A hunger people of color have known since televised media came into existence in this nation. A hunger to see themselves in positive roles. To see themselves as more than victims. As criminals. As penitents. To see themselves as people whose lives were as rich and as meaningful as any.

Cage is a series of contradictions. It recreates the Blaxploitation-era hero but modernizes him. Instead of the jive-talking action hero of the seventies, this new Luke Cage comes out in an era resonating with fear for black men, popularized by the recent black Lives Matter movement and the nearly daily killing of black men across the nation. Carl Lucas (the real name of Luke Cage), a former law officer, framed by his brother, now an inmate, seems an unlikely and unsympathetic protagonist.

Yet, this is where the series shines. Cage, from the perspective of this writer, is a masterful telling of a man finding himself. A man needing to be reminded (by Rosario Dawson’s Claire Temple) what it is to be a part of a community and to be needed by it in return.

While the character of Luke Cage feels a bit underdeveloped in the beginning, Cheo Hodari Coker's development of the first villains of the series is a wonderful psychological study in black family dynamics. Coker is a producer and writer, known for Southland (2009) and my favorite, it-died-too-soon, science fiction series, Almost Human.

Cornell 'Cottonmouth' Stokes (played to the hilt by Mahershala Ali) is a dichotomy of the crime boss driven into the family business but nurturing a passion for music. Stokes is seen playing his piano lovingly or absorbing the series’ excellent music in his nightclub; these are stolen moments of peace. In his role as a crime boss, he's portrayed as cruel and more than a bit resentful of the fact he has to spend any of his time extorting money to keep his cousin, Mariah Dillard (played by Alfre Woodard) flush for her political ambitions.

I think some of the best scenes of this series are the ones where Stokes and Dillard either clash, contrast, or display their complex relationship — created when both were young by parents whose issues are clearly evident in both of their behaviors. In congruence with the one of the series' stronger underlying themes of religion, both Stokes and Dillard are eventually baptized — in blood.

They both experience a significant shift in their priorities and demeanor with their lust for power and painful regrets visible in their faces. Ali and Woodard play these roles so damn well that when Diamondback, the hidden villain of the second arc of the series, appears he seems almost a caricature of villainy. His overt references to religion and his motivations feel shamefully simplistic by comparison.

I can't say enough about Simone Missick, who plays Misty Knight. A black heroine associated with Luke’s Heroes for Hire comic crew for decades, Knight has always been portrayed as a take-no-prisoners, distaff reflection of Luke Cage with a cybernetic arm.

As Luke blossoms, his breadth of character, his knowledge of the black experience in America comes into view. He is learned. Kind. Emotionally aware and available. Loves coffee. His eulogy for Pop was the stuff of legend, with Luke suited-and-booted he was the very picture of a parallel reality. Instead of a hoodie-wearing menace, he would be respected, acknowledged as an asset and treated as a model citizen in a diverse world.

Marvel's Luke Cage is a world where it's not a crime to be black. Nor is it that unusual. It's the world, if you live in any major metropolis in America, you see every day. The writing crew, the directors, and the cinematography are all excellent, with magnificent shots scattered through the series, like diamonds. There is a scene where four black women are gathered together and they are empowered in a way I rarely see on television. The series is filled with books, revealing history and perspectives of black culture I've never had the opportunity to see discussed on television.

Luke Cage is a visual feast, but different than Daredevil or Jessica Jones. Charlie Cox's Daredevil established new ground for itself, but it had to shake off the terrible movie starring Ben Affleck. Jessica Jones adapted the well-received comic story Alias with the talents of David Tennant and Krysten Ritter. Cage had no previous movies and his origin stories were decades in the past. Writers recreated him and his villains with modern sensibilities, removing some of the stigma of Blaxploitation.

Of course, the show’s not perfect

Stylistic issues, like Diamondback's costume, for instance, get points for attempting to reach a level of canonical accuracy, yet it fails to impress anyone. Luke's fight scenes were subpar compared to Daredevil's. Granted, given Cage's invulnerability and strength, it's difficult to make a fight scene he can't totally own. I hope the series will raise the bar on their quality in the future.

In the acting department, some characters miss their mark, even when the lines they have to deliver were excellent. Occasionally the pacing stuttered. Given all the joy this hip-hop opera delivered, expecting everything to gel the first time in a production of this scale was a tall order.

Marvel's Luke Cage remains a fusion of eras, storytelling techniques, music, costuming and cinematography, sneaking back and forth through time, invisibly sharing a black experience rarely depicted so richly on television. Its characters were complex, with no one cast as all saint or sinner, each struggling to reach the Promised Land, by any means necessary.

As Marvel experiments with diversity and hires more creators of color, I find their work, particularly around minority characters, becoming more authentic, inclusive, and internally consistent with the real world. Through Coker's awareness, Luke Cage has so much cultural nuance woven into it, I am inclined to forgive any transgressions because of the richness and the opportunity to see characters of color in every role, high and low; to feel what it must be like to see yourself represented in everything. It's quite a heady experience.

I've been a reader of comics for over forty years. Most major comic companies have had an abysmal record of hiring creators of color. As a result, their attempts at diversity, when attempted, failed miserably. These companies took no responsibility, saying they didn't need to hire creators of color to create successful works. History appears to disagree.

Make this a learning moment

Luke Cage has prompted trolling and shouts of racism because of its primarily black cast, but I say to you, if you're a white person who has had a problem with this, consider this show from our perspective:

For one hundred years, we have been suffused in your media culture. To us, all television is this experience. We are invisible. My culture and my ancestry gets no positive amplification from the media. If that is going to change, we have to start holding entertainment companies to a higher, more responsible, representative and inclusive standard.

Marvel's Luke Cage has shared with you the tiniest sliver of our experience. You have walked among us, more truthfully represented than we have been in some time. Make this a learning moment. Take the time to find the books mentioned. Learn about the authors. Read about the Black Renaissance; it had its origins in Harlem.

So much of Luke Cage may be beyond your understanding at the moment. If there was ever a opportunity to breach the gap between cultures, bearing meaningful witness through more representative media is the place to start.

To Marvel and Netflix: I salute your outstanding effort; your willingness to give Cheo Hodari Coker's free reign to produce this work of art.

Regarding Alfre Woodard and her Emmy nomination: Just wrap it up, send it to her in the mail. She's totally earned it.

What to watch after Jujutsu Kaisen