The Last of Us PS4 has been patched with HDR support, and it looks great

My eyes! The goggles do nothing!

Share All sharing options for: The Last of Us PS4 has been patched with HDR support, and it looks great

The Last of Us Remastered developer Naughty Dog patched the game last night to add support for the PlayStation 4 Pro and high dynamic range (HDR) color, nine days ahead of the console’s launch.

The update, which brings The Last of Us on PS4 to version 1.07, also adds "improved quality of stereo audio," according to the patch notes; you can see a screencap below. Naughty Dog showed off both The Last of Us Remastered and Uncharted 4: A Thief’s End on the PS4 Pro, in HDR, during the console’s reveal event in early September. Uncharted 4 has not yet been updated with support for HDR or the PS4 Pro.

Every PS4 in existence has offered HDR support since the console’s version 4.00 firmware update was released in mid-September. But so far, very few games have been updated with HDR compatibility; expect to see the number rise once the PS4 Pro launches on Nov. 10.

In fact, The Last of Us Remastered is the first game I own to support HDR. And since I happen to also own an HDR-compatible TV — one of Vizio’s 2016 P-Series models — I thought I’d fire up the game and see if I could notice much of a difference between the two display modes.

I had to start from the beginning, since The Last of Us Remastered doesn’t allow you to import save files from the original PlayStation 3 version of the game. And even once you get past the prologue, the initial segment of the first area — the cordoned-off city of Boston — doesn’t offer the kind of stunning natural beauty that The Last of Us is renowned for.

Once you make it through a tunnel leading into the Boston quarantine zone, you emerge inside a pizza place in what amounts to an overgrown courtyard. The sun is shining behind a dilapidated brick building ahead of you, and there are a few clouds in the sky. That’s where I decided to whip out the ol’ PS4 share button and see what I could get.

[Note: In both sets of images below, the normal or "standard dynamic range" (SDR) screenshot is on the left, while the HDR image is on the right.] 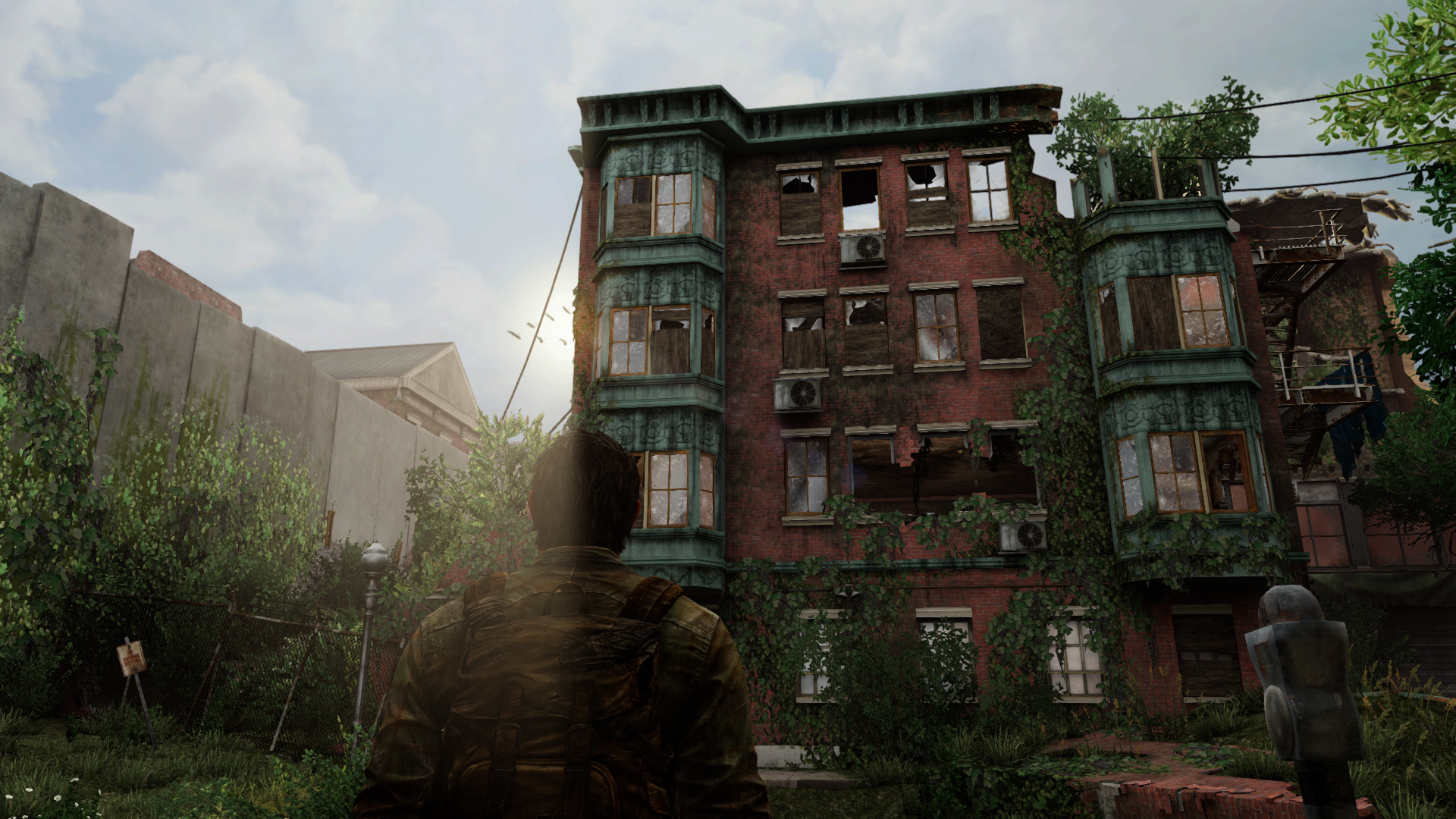 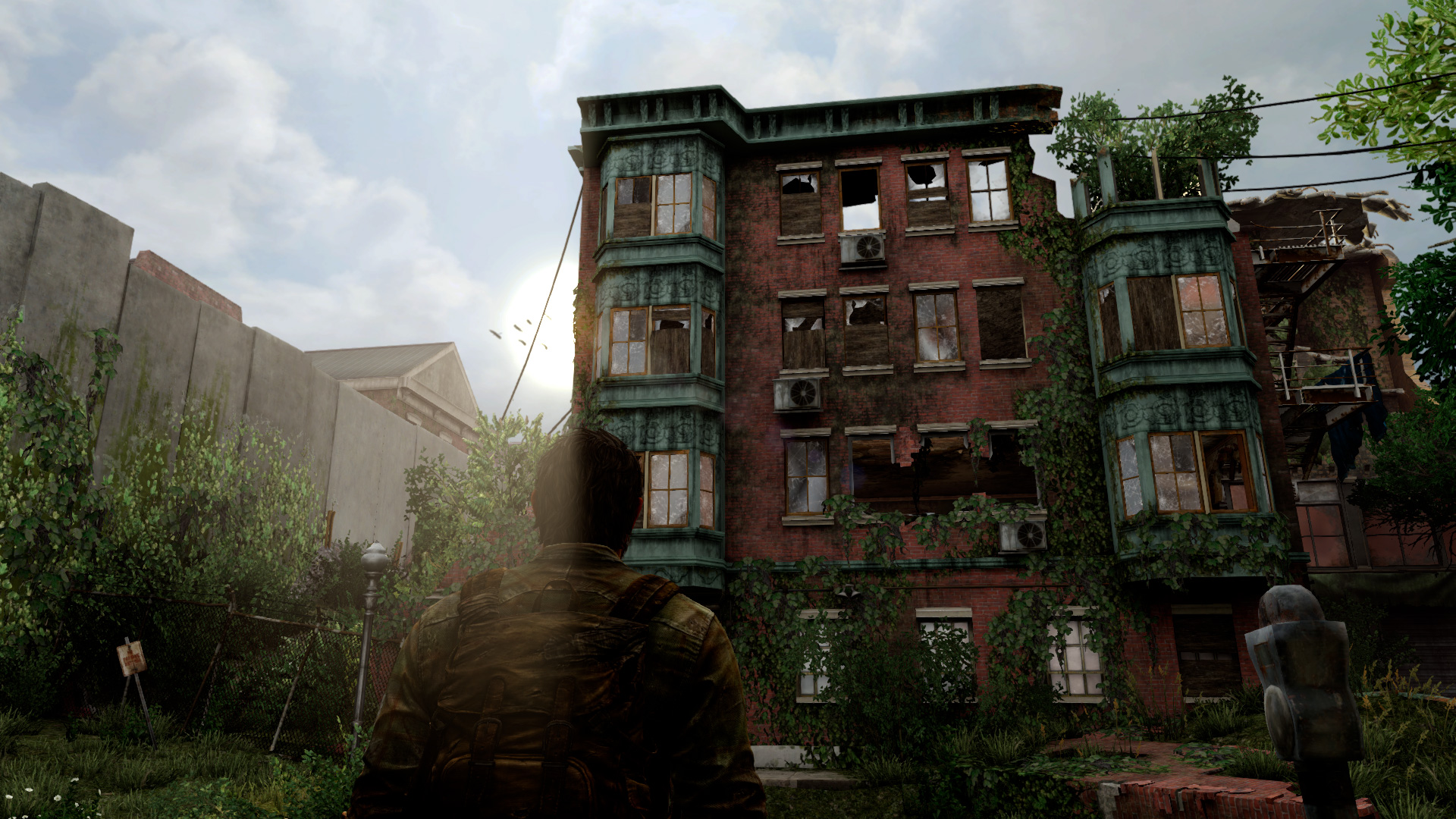 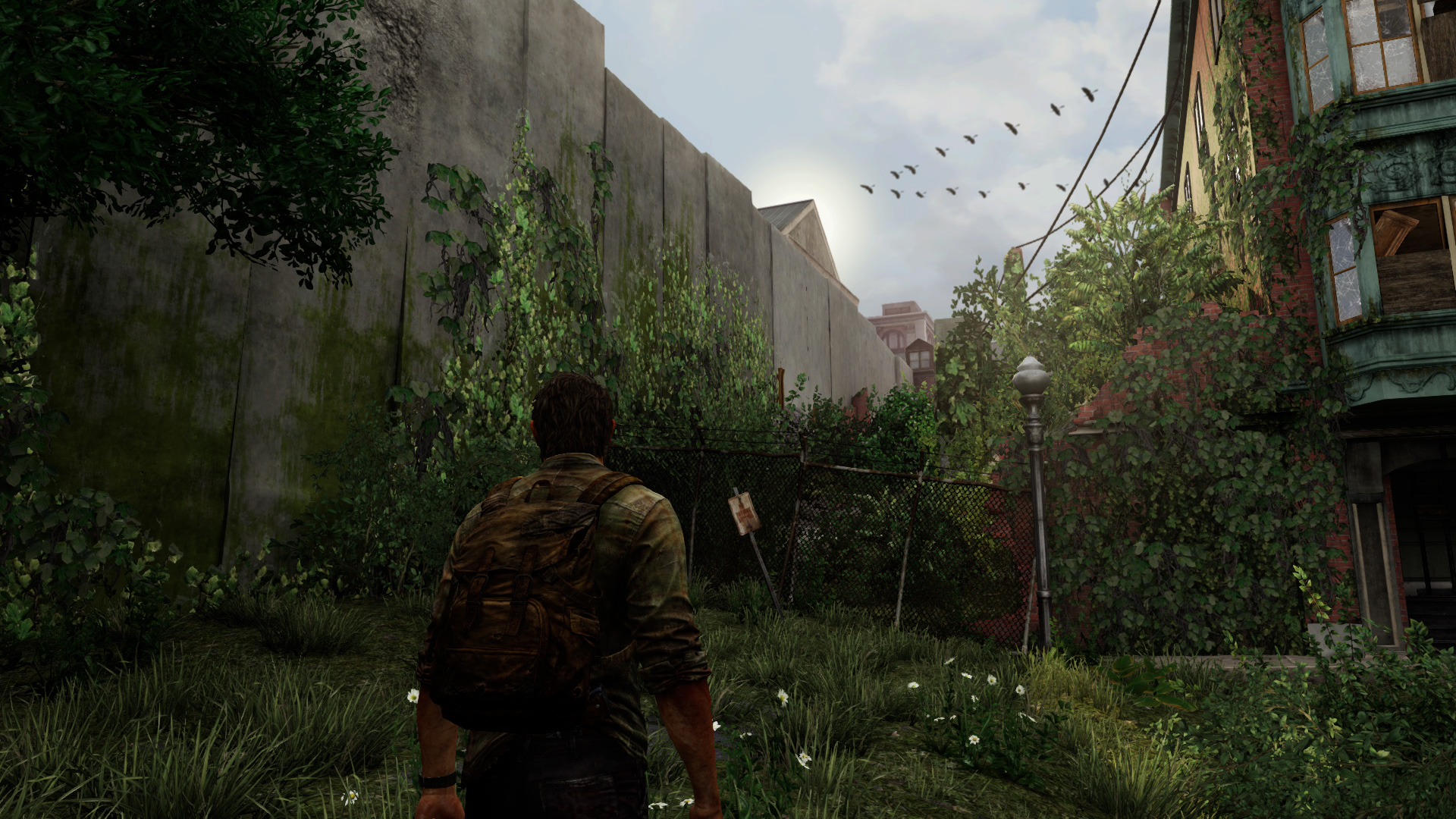 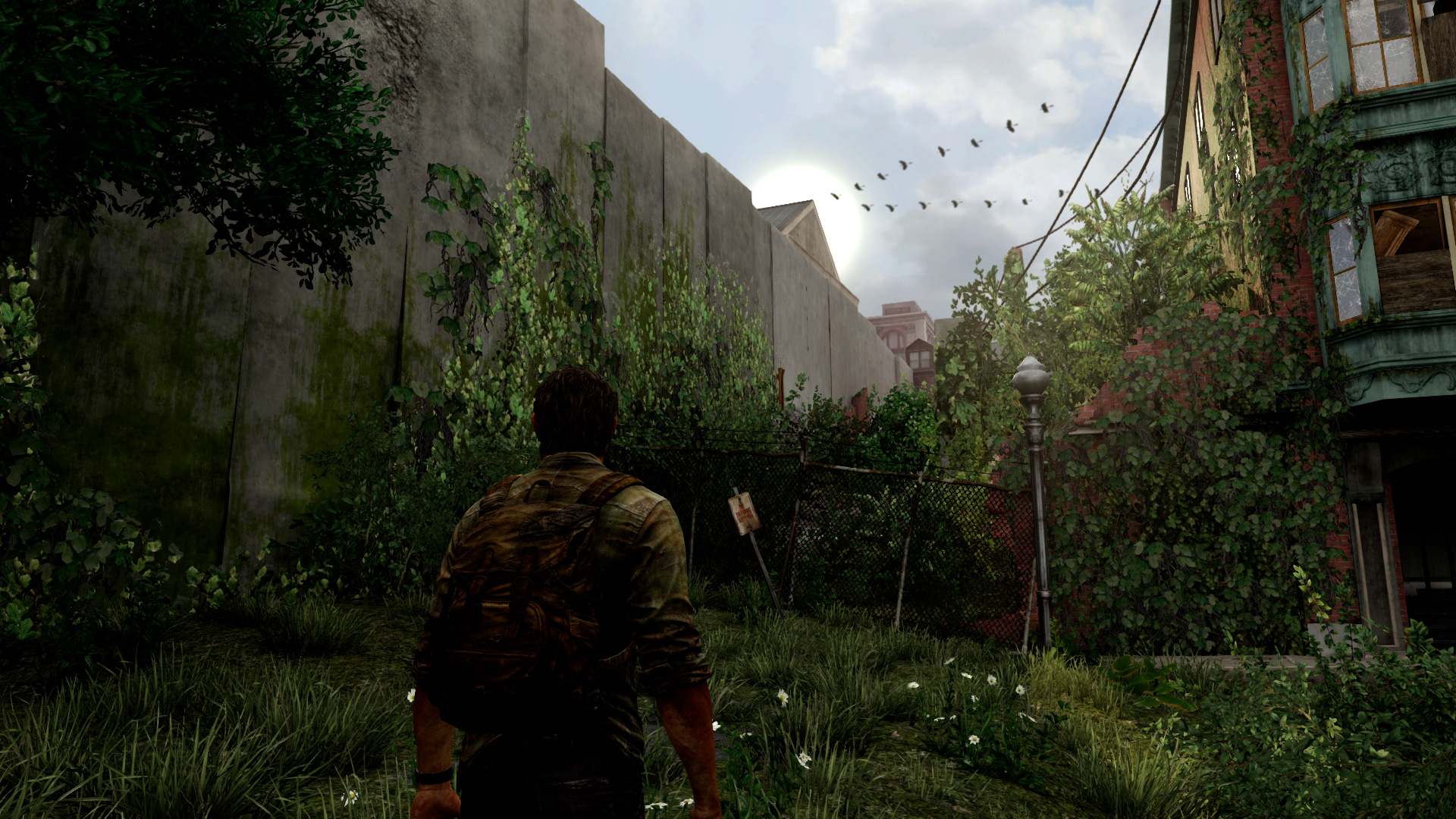 We should note from the start that screenshots taken with the PS4’s share functionality aren’t going to convey the full majesty of an HDR image on a compatible television. That’s doubly true since the screen on which you’re reading this article is almost certainly not a display that supports HDR. Still, it is possible to tell the difference between PS4 share screenshots of a game running in SDR versus HDR.

The most noticeable distinction between SDR and HDR color is the appearance of the sun, and it’s particularly obvious when the sun is partially obscured. In the standard image, the sun appears as a diffuse yellow light source in the sky. In HDR, it’s a white-hot ball of flame; its brightness is so intense, it becomes difficult to see the flying V of birds crossing in front of it.

The sun isn’t the only thing in the sky that looks more realistic in HDR color — take a closer look at the sky itself. The clouds in the SDR image almost blend into the sky in a bluish-gray haze, whereas in HDR, they’re made of bright white fluffiness. In fact, the entire HDR screenshot features more vibrant colors, making the SDR image look washed out by comparison.

Now I just have to get all the way to Salt Lake City to see those beautiful giraffes in the spring.