Share All sharing options for: Doctor Strange could have looked to comics to avoid its inherent racism 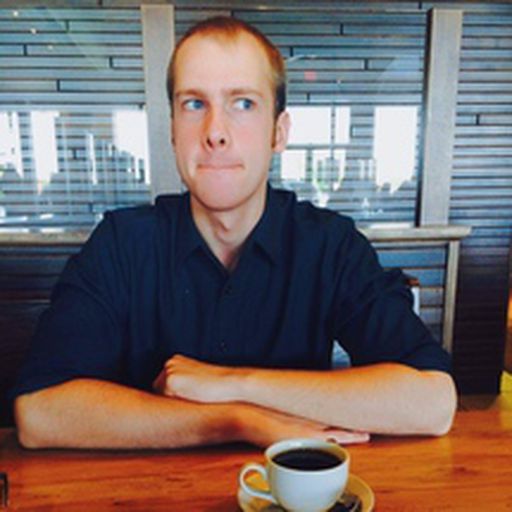 I love Doctor Strange, but I hate his origin story

As the simultaneous hype and controversy over the film can attest, there's a lot to like and a lot to take issue with in these many angles on the Strange story. Much of the trouble lies in Strange's origin, wherein a white surgeon journeys to "the East" to find a cure for his mangled hands and winds up becoming a powerful sorcerer instead. It’s especially difficult to absorb nowadays, rife as it is with orientalism and white savior tropes. The comics have managed to find ways to revise, subvert or else circumnavigate these tropes in Strange’s origin and beyond to make them less archaic and unpalatable, but the just-released Doctor Strange film, unfortunately, plays it as straight as artist Steve Ditko and writer Stan Lee did in Strange Tales #115.

What’s the problem with the Sorcerer Supreme?

I love Doctor Strange, but I hate his origin story. It's a boring, archetypal narrative, one we've seen a hundred times before. While some writers have done interesting things with it, that's in spite of the structure, not because of it. I appreciate the character because his uniqueness as a superhero appeals to me. A metaphysical warrior who fights battles on planes outside the very perception of most other heroes? It's a great way to shake up our idea of what a superhero is. It's fun and mind-bending. I especially appreciate the emphasis on spiritual and mental mastery alongside the expected physical training. Doctor Strange, for all his faults, is certainly a fresh take on superheroes in the Marvel universe.

When the movie was announced, I was eager to see it despite my hesitations. Maybe they'd be able to do something innovative with the origin? Tilda Swinton's casting was a bad call — well, she plays the part well and the gender change for the Ancient One was interesting, but the whitewashing not so much — but Benedict Wong as Wong (a horrible stereotype when done wrong, a great character when done right) and Chiwetel Ejiofor as Mordo (a version of the character stressed to be more complex than the mustache-twirling stereotype of the comics version) kept my hopes up. At least it'd have some diversity in its cast and more complex takes on morality? I don't know. I hoped that it would at least do something interesting with the material.

To its credit, Doctor Strange is an entertaining, humorous and well-crafted superhero flick. I appreciated how Mordo was characterized — no longer the mustache-twirling, conniving bad guy of the comics — and thought that the moral themes were handled well. It's unfortunate then that it maintains much of the orientalist setting and white savior narrative of its source material. Benedict Cumberbatch's Strange is endearing enough, but he's again the white man traveling to the mythical East and mastering foreign arts — superior to the film's staple men of color Mordo and Wong, who have of course trained for much longer. A throwaway line by Mordo suggests that the Ancient One is Celtic and characterized as such to avoid "Dragon Lady" tropes, but this is a band-aid over a much larger issue. The whitewashing of the Ancient One in general speaks to the core problem of Doctor Strange: It thinks the "White Man Masters Mythic East" narrative is essential to the hero's origin.

Arguably, Strange's multiple generic trappings have informed the film's controversies over whitewashing and representation. In failing to account for the many manifestations through which comics creators have taken the story, the film is confused in what it should be honoring and what should be revising from its source material. It should be honoring the idea of the metaphysical, consciousness-broadening superhero (and to the film's credit it does), and as noted it could certainly do away with the white man's journey to the East. The Strange Tales #115 origin plays that narrative straight as a "mythic East" genre piece—but we can take further iterations of Doctor Strange as examples to see how writers and artists have mixed up the genre to create a much better and more racially sensitive experience.

The 2012 graphic novel Doctor Strange: Season One (written by Greg Pak and illustrated by Emma Ríos) shows us how the white savior and orientalist elements of the origin story can be subverted or otherwise played upon. In particular we have the characterization of Wong. Now, in the film's favor, Benedict Wong's version of Wong is his own character—likable, intelligent. In the comics he is frequently represented as Strange's manservant, with all the cringe-worthy notions of beck-and-call that entails. I was glad the film decided at least to avoid that deeply uncomfortable arrangement. At the same time though, in the film Wong is the only Asian character with a speaking role and by the end he is established as a mere support to Strange. Season One subverts this by making Wong less a sidekick to Strange and more his partner.

Season One isn't a perfect iteration of the story (it's a large fetch-quest with buddy cop dynamics and corny dialogue), but it does interesting things by having Strange be an intelligent man without a great talent for the mystic arts and Wong as a disciplined martial artist who has talent for said arts but no great patience for learning. They balance each other. In interpreting these characters as interdependent, Season One reconciles the white savior narrative by not having one— the graphic novel emphasizes that it's the pairing of Wong and Strange who will be the saviors of this narrative, not Strange simply assisted by Wong. It's able to balance its divergent genre expressions by having Wong embody the wuxia-style action-adventure side and Strange embody the wisecracking superhero romp.

Again, it's not a perfect narrative, as the writing isn't spectacular and the third protagonist Dr. Sofia Di Cosimo is just there for exposition and to be a woman. But it's a nice change of pace from how Wong is traditionally portrayed and refreshingly egalitarian in its treatment of Strange compared to his peers. Though Mordo may have filled a similar position to Wong as Strange's foil in the film, his inevitable slide toward supervillainy prevents him from balancing Strange in quite the same way.

In addition to the ways in which characters express genre, Jason Aaron's current run of the Doctor Strange series has broadened the scope of the mystic arts to beyond just mythical Eastern stereotypes. It avoids the origin story entirely (the Ancient One, who I've never seen an unstereotypical interpretation of, to be honest, is graciously absent) and focuses instead on urban fantasy and weird fiction trappings. Strange fights grotesque, tentacle-y creatures straight out of a Lovecraft story (a whole different conversation about race, that), and his adventures are set within his Sanctum Sanctorum in Greenwich Village. This makes the magic and mysticism of the series much less of an archaic trope, and places Strange alongside the likes of Harry Dresden, where he can sit more comfortably in his whiteness while also bringing opportunity for a diverse cast of characters.

Aaron effectively maintains many of the best aspects of the comics from the 60s and the 70s—the mind-bending multidimensional psychedelia and metaphysical action—and marries them with more up-to-date generic trappings in urban fantasy. Wong is again reduced to manservant status, regrettably, but aside from this slight Aaron's run is absent of orientalism. In embracing urban fantasy (the House of Leaves nature of the Sanctum Sanctorum, for instance, or the interdimensional bar for magic folks) and casting aside the idea of white man Strange mastering essentially Eastern mystic arts, it is able to rest within a genre not so fraught with racial stereotypes. And while the series isn't as good at this as one might hope, the urban nature of the setting of course lends itself well to a diversely representative cast.

The above-mentioned comics show, if only in pieces, how Strange's genre has wavered between orientalist mysticism on the one hand and a more holistic "occult superhero" identity on the other. By balancing Wong and Strange, by altering the magical aesthetic or by shedding the journey to "the East" narrative entirely, comics have been tinkering with the ways in which this character and his stories are represented in order to make them more palatable.

Doctor Strange's origin can be saved from the "mystic East" genre in which it was brought up. There are indeed ethnically sensitive avenues to take when adapting Doctor Strange to the big screen. Even casting racial representation aside entirely, Strange's origin is just a stale story. The filmmakers should have reflected more on what's crucial to the origin and admit that there are problems with it. They played it better than Lee and Ditko did in Strange Tales #115, sure, but they didn't let the story escape its orientalist genre, and the film suffered as a result.