The Walking Dead's most popular character has become its most boring

It's been a slow decline for the once fan favorite

Share All sharing options for: The Walking Dead's most popular character has become its most boring 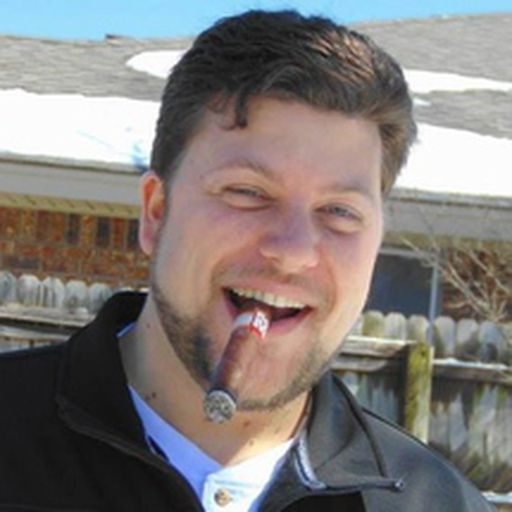 Remember that? When Norman Reedus' bad boy redneck character first stormed onto The Walking Dead, full of righteous fury, viewers were smitten. He had emotional baggage, a short fuse and a wicked crossbow. He was the post-apocalyptic badass featured in every video game ever.

Now he's eating dog food sandwiches in a dark room, and we don't even care any more.

We first met Daryl Dixon in the third episode of the first season. The Boondock Saint was a proficient hunter and tracker with skills that immediately become useful after the fall of society. Less useful was his temperament. Belligerent and sullen, Daryl was initially presented as a problem for the group — but he was a problem we rooted for.

We cheered when he helped protect his group, and clasped our hands in worry when he had waking nightmares of his brother Merle taunting him. Daryl was a powerful character whose loyalties and mental state lie on a knife's edge throughout the first few seasons.

In the third season Daryl finally confronted Merle, who had become a one-handed soldier for the Governor. Daryl had to ultimately choose between his group and his brother. The toxic relationship between the Dixon brothers made for compelling television drama. This was the highlight of Daryl's personal arc, and a literal confrontation of his worst fears.

Unfortunately it's all been down hill from there. Daryl's post-prison odyssey with Rick and the gang has been plagued by some of the worst subplots of the series, such as Beth's ordeal at the hospital and his odd stint with the Claimer Gang. He's been captured so many times it's almost a running joke. His blossoming romance with Carol fizzled and died without a whimper. He's had little to do other than become a dependable warrior, and Rick has gained (and lost) plenty of those over the years.

Since Daryl's introduction many major characters have been added who share his traits, such as Michonne, Sasha and Abraham. Daryl Dixon is an original character created for the TV show, and in many ways, became an amalgamation of several prominent comic book characters. But with these characters eventually joining the cast, Daryl's importance became greatly diminished.

Now a Daryl-centric episode isn't even about Daryl

Having a bigger cast obviously means less screen time for each character, but Daryl has suffered worst of all.

His gradual growth and evolution from angsty to dependable is noble, but it also makes him far more bland. His attitude and abilities are no longer unique in this world; he's just the one we've known the longest.

Now a Daryl-centric episode isn't even about Daryl. Instead Daryl's imprisonment is used to shed some light on Negan and the Saviors, but mostly on Dwight.

Dwight is introduced in the comics as an important member of the Saviors. He wields a crossbow and has a lot of issues. In many ways, he's very similar to Daryl, right down to the clothes on his back. As of the latest episode, Dwight has actually eclipsed Daryl, becoming a more interesting character. And with that, there's reason to believe that Daryl's story may be nearing the end.

But Daryl is still alive. The Walking Dead hasn't been shy about killing off its cast and the premiere proved that more than ever.

In fact, the deaths of Glenn and Abraham were the best thing that could have happened to a character who has been struggling to be relevant. Rick suddenly needs Daryl more than ever. Since Daryl is still imprisoned it remains to be seen if he'll serve as our primary point-of-view into the Saviors, or if he'll be written out for most of this season.

We've come a long way since the "If Daryl dies, we riot" rallying cries. Daryl's fall from grace charts the long-running series' own gradual decline from its meteoric start. Despite season seven's near record ratings for its premiere, many longtime fans have grown frustrated with the show's mishandling of character deaths, including the awful cliffhanger from last season.

The writers need to make Daryl great again. The show has grown dull and its expansion to a wider world with even more characters and locations threatens to leave many of our veterans — like Daryl — behind.

At this point, "If Daryl dies, we shrug."