Pokémon Sun and Moon’s postgame is light, but here’s the 11 things worth doing

Everything to do after becoming Champion

Share All sharing options for: Pokémon Sun and Moon’s postgame is light, but here’s the 11 things worth doing

After finishing Pokémon Sun and Moon’s main campaign, the average player may not know where to go or what to do next. Sure, there are still hundreds of Pokémon to capture, but beyond the general goal to catch ‘em all, how a trainer should spend their time in Sun and Moon’s postgame isn’t always obvious.

We’ve been wondering what to do next in Sun and Moon ourselves, now that we’ve become the Pokémon League Champions. Here are some ideas we’ve gathered in our endeavor to keep the latest Pokémon games exciting, from the obvious to the less-so. (And quick: Beware of endgame spoilers!)

Go catch all the Ultra Beasts

It’s pretty hard to miss this mission, since it starts right after Sun and Moon’s storyline wraps. After beating the Elite Four and heading home, the player is given a new task: Head to the previously empty motel on Route 8 for a new mission. A pair of researching Pokémon detectives — Anabel and Looker, who many will remember from X and Y — will entrust Alola’s new Pokémon League champion to go catch the mysterious Ultra Beasts around the islands.

The quest is pretty linear, as Anabel and Looker will give clear directions. Prepare to spend a lot of time running back and forth through patches of tall grass in the hopes of an Ultra Beast popping up for you to catch. 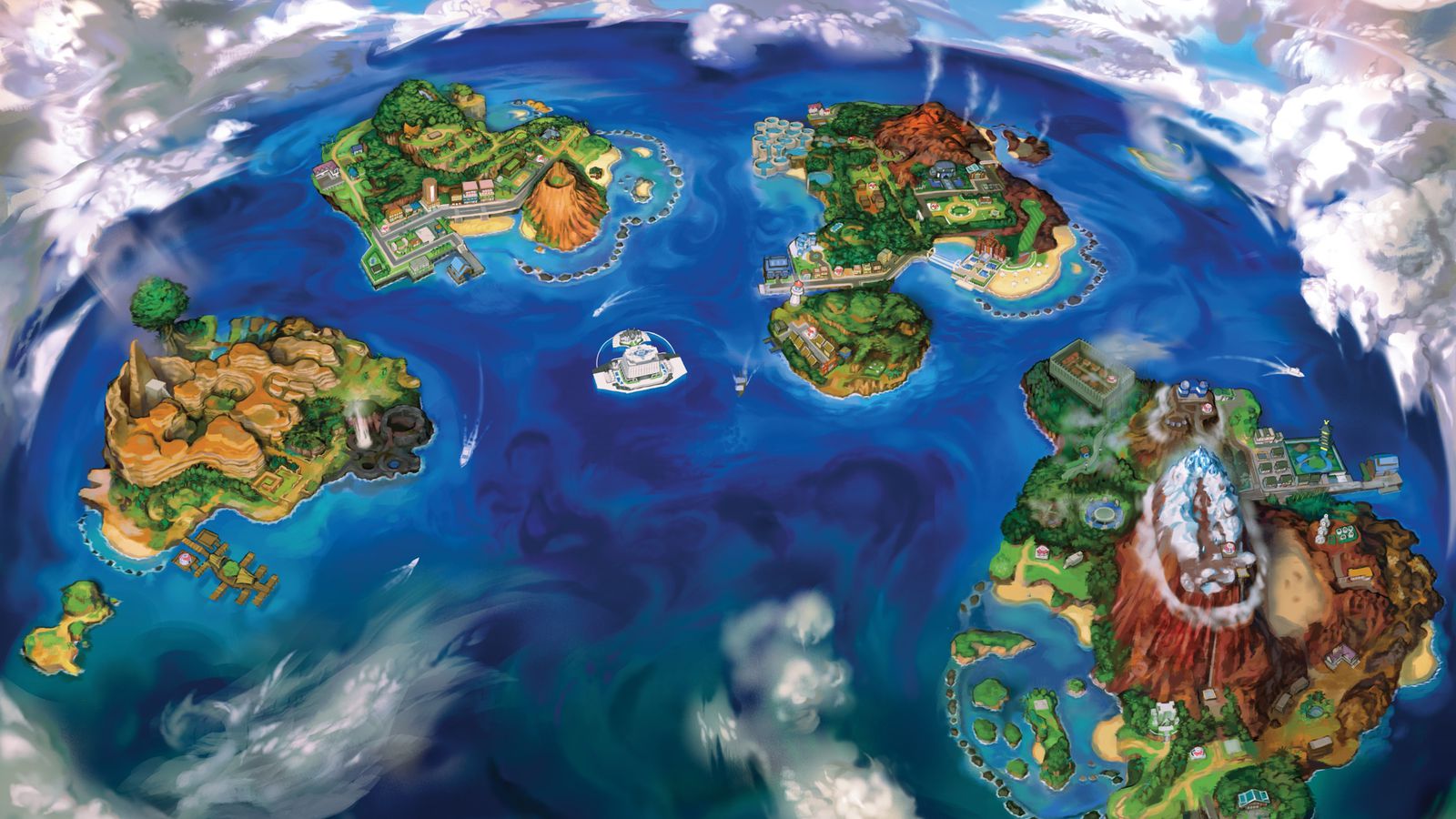 After 20 years, it was time for Pokémon to shake things up. That's not to say there's anything wrong with the previous six sets of handheld RPGs. But Pokémon Sun and Moon, the pair that move the...

After capturing the fifth and final Ultra Beast, Looker will freak out over a potential sixth monster. Turns out that’s no Ultra Beast, but a regular old Pokémon. Okay, maybe Necrozma is a little more special than the average Pokémon — it’s level 75, and there’s only one of its kind in the game.

Head back to Ten Carat Hill following the Ultra Beast missions to find the psychic-type Necrozma. It’ll appear as soon as the player walks into the closed-off area’s grass, so be ready for a battle imminently. The Pokémon is seriously hard to catch, by the way, resisting pretty much every kind of Poké Ball, so it may be time to use that Master Ball.

Get Cosmog, the cutest new legendary

Remember Cosmog, Lillie’s best Pokémon pal? Technically the trainer already has it in their party; it evolved into Solgaleo or Lunala at a climactic moment, depending on the version of the game. There’s a way to have an actual itty-bitty Cosmog on a player’s team, however, and it’s really, really simple.

Returning to the Altar of the Sunne or Moone — again, named in accordance with the game played — will allow players to visit “another world.” (Sun and Moon are all about the alternate dimensions, in case you missed it during the main story.) This only works when visiting at night in Sun or during the day in Moon, which can be easily circumvented by playing with the Nintendo 3DS console’s clock.

Stepping into the portal won’t actually change that much about the game, but it does alter things in two key ways. For one, the other side is set roughly 12 hours ahead of the player’s original world. That means it will now be daytime in Sun and nighttime in Moon, which is a cool if superficial change. The bigger deal is that heading to the Lake of the Sunne (or Moone, if playing Moon) marked on the map will result in a brief, weird cutscene. Don’t try to interpret what’s happening. All that matters is there will now be a Cosmog asking to join the team. 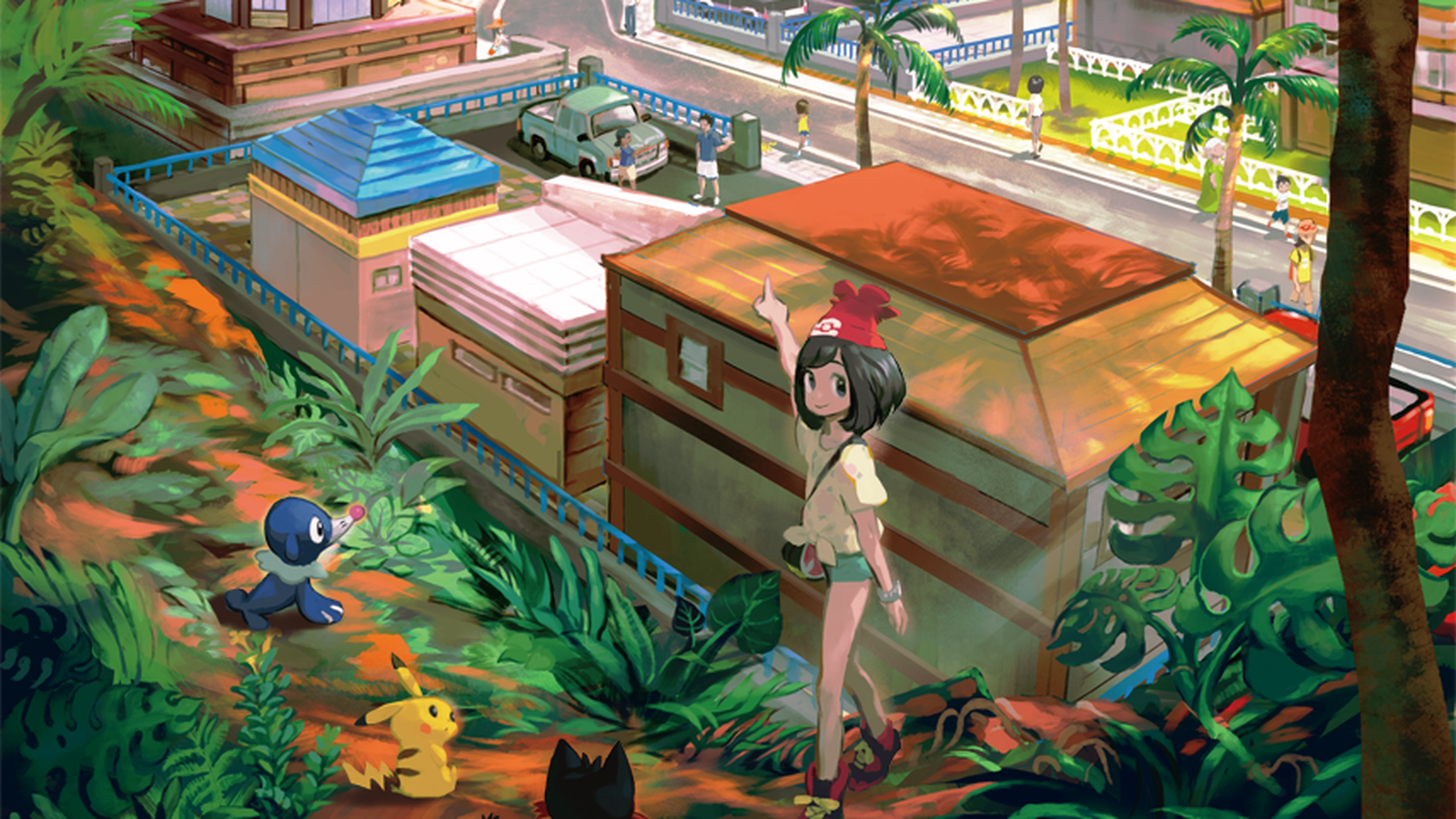 What’s the difference between Pokémon Sun and Moon?

Deciding which version to pick up is the first battle

Gladion is one of the best characters in a cast that includes several memorable trainers. The melodramatic teen hangs out in the Aether Foundation at the end of the game, which, well, it’s hard to blame him. His mother spent the entire game overcome by absurd power, to the point where she attacked the player and emotionally abused Gladion’s sister. The coma his mother fell into might have done her some good upon waking up, but Gladion remains lonely; his sister went off to become a trainer in Kanto, and his dad has been missing-in-action for a long time.

Paying him a visit on the second floor of the Aether Foundation, the trainer finds Gladion to be unsurprisingly reflective. He’s also more giving than during the main campaign. Without any prompting, he’ll give you a Type: Null, the strange-looking normal-type that was a staple of Gladion’s party for the entire game. He’ll also gift you the items needed to change his evolution, Silvally, into different types.

There are four guardians of Alola, each one identified by the title of Tapu. Tapu Koko will automatically battle the player after defeating the Pokémon League, while the other three are found by venturing to the ruins on each island.

Check out the Battle Tree

The Battle Tree is a pretty rad addition to the game, if only because it allows players to challenge the most classic set of Pokémon rivals. As we saw ahead of launch, Red and Blue (hero and rival of the eponymous Pokémon Red and Blue) return in Sun and Moon, and they make their home at the Battle Tree.

This area is accessible on Poni Island, the smallest of Alola’s four isles. Traveling through the Poni Gauntlet to get there will be a challenge, as there’s a ton of trainers with high-leveled Pokémon ready to test your strength. After following the path and roughing them up, the player will arrive at the Battle Tree — although they’ll need to prove themselves to Red and Blue before they’re allowed to actually step inside.

Once that’s over and done with, the Battle Tree will be open to players who just want to fight some Pokémon battles. The way this works is knockout-style; a trainer will keep on battling until they’re defeated. Expect some more familiar faces to show up for a match or two while there.

Get really into Battle Royal

This multiplayer mode doesn’t offer much more than free-for-all battles. But we’re big fans of the battle system in Pokémon Sun and Moon, so the Battle Royal feature is an easy thing to get lost in for a few hours.

Every match in Battle Royal continues as long as the participants still have Pokémon left standing. As soon as a trainer is out of Pokémon, the battle ends; whoever knocked out the most Pokémon emerges victorious.

Players can compete against the AI or each other, so there are ways to ensure this mode’s longevity, at least for a while. 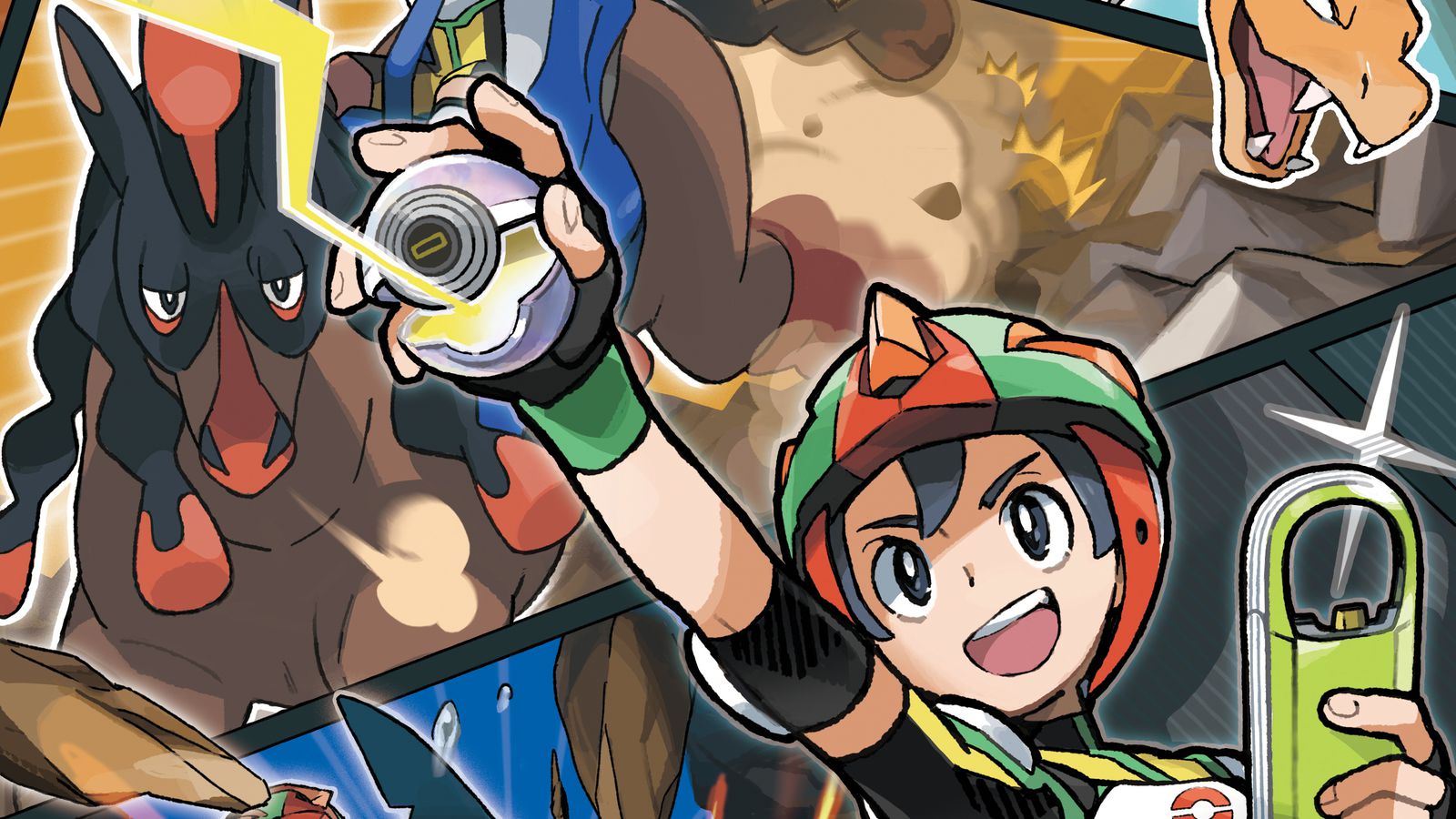 All the shortcuts to make your journey easier

The Festival Plaza is really just the online hub for Sun and Moon, which ... doesn’t change things up much from past entries. There are worldwide missions that players can host or take part in, at least, so that’s a start. They’re simple, time-based affairs that offer meager rewards on a rotating basis, but we can’t complain about more content to check out. There’s even a large-scale mission for everyone playing the game to try out, challenging them to collect 100 million Pokémon by Dec. 13.

Do some serious EV and IV training

Competitive players are well-aware of effort values (EVs) and indivudal values (IVs), the more granular stats that matter most in the tournament scene. Maybe it’s time to start getting more serious about Pokémon training after years of playing casually, and Sun and Moon have several ways to help out on that end.

The so-called IV Judge resides at the Battle Tree. After hatching 20 eggs, he’ll offer to start rating the battle potential of a trainer’s team, based off their individual stats. There are ways to improve those in Sun and Moon with Hyper Training, a feature found at the mall in Hau’oli City, albeit superficially. Buying and using certain items will increase a Pokémon’s IVs to a trainer’s liking once they’re at level 100, although it won’t change the value cap. That means that IVs remain fixed.

There are also ways to breed for better stats, as many hardcore fans already know. We’re already getting deeper into the weeds on this stuff than the average player may have time for, so we recommend checking out the following videos for guidance:

There are several Pokémon trainers players who return during the postgame for a rematch. On the list are some obvious characters, like Gladion and Guzma; others are much less so.

Most of these fights happen while running through the Elite Four gauntlet additional times. Friends like Hau will appear to take the player on in an effort to snatch the title of Pokémon League Champion, as well Island Challenge Trial heads like Sophocles. A whole mess of characters appear, and none are more surprising than this guy: Youngster Tristan from Route 1.

Yeah, it’s weird. But it’s incentive to keep blasting through the Elite Four for some good ol’ training bouts.

Players can take on Guzma and some other characters outside of the Pokémon League. He’s hanging out on Melemele Island near the motel on route 2; after that, he’ll be on the beach in Hau’oli City, where a trainer can battle him for a special evolutionary item.

Fill out that Pokédex!

There are several ways to do this, like hunting down and catching Pokémon out in the wild. Players can also scan QR codes associated with Pokémon to help them out, which is new to Sun and Moon. The Pokémon Company is giving away a QR code for the mythical Pokémon Magearna starting Dec. 5, for instance, which should help with completing the Pokédex.

There’s also Wonder Trade, which is a fun and random way to collect Pokémon. It’s offered in the Festival Plaza, and it’s a returning feature from previous 3DS entries. Players can send a Pokémon out into the world and receive one in return, although they have no say on which one they’ll end up with.

Trading with friends is also choice for collecting ‘em all, as is using the Global Trade System. There are more than 800 monsters now, so this is the postgame goal that will take the most time.