Television’s most optimistic flight of fantasy meets the year 2016

Share All sharing options for: Can Supergirl survive Trump? 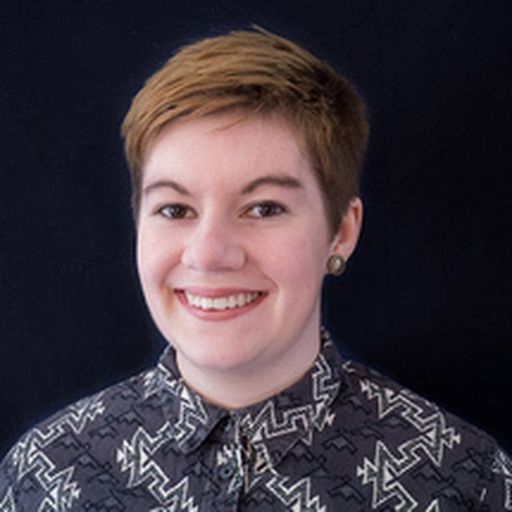 The night after the US election, like a lot of people, I was looking for some light escapism. It seemed the perfect time to catch up Supergirl; what better show to hide away from the state of the world with than one that’s been hailed for its optimism and progressive values since the release of its first trailer? I’d fallen behind on the series, so I ended up starting with an episode that had first aired in September. "Welcome to Earth" revolved around a female, Hispanic president signing an immigration reform bill into law.

Suddenly, I was right back in the real world. What had been cautiously optimistic when the episode had premiered just a few weeks before was now upsettingly fantastical. In the wake of Donald Trump’s win, a pro-immigration woman of color being elected president seemed less realistic than the alien trying to kill her.

As I kept watching, the disparity between Supergirl’s world and our own grew wider. Alex Danvers’ coming out story made me think about the danger LGBTQ people will be in under a cabinet that universally opposes their rights. An African-American James Olsen fighting crime in a hoodie and face scarf made me think of all the Black men and boys who’d been murdered for wearing the same. And while CEO Cat Grant may have left, the series’ commitment to continue featuring women in positions of power just made me think about how rarely they filled them in reality.

Nowhere is this disconnect more jarring than when it comes to Supergirl’s handling of immigration issues. With Superman himself famously a refugee created by second-generation Jewish immigrants, it’s never been a great leap to use his universe to explore the immigrant experience. While Supergirl touched on the topic in its first season, it’s gone all-in this year, and has leaned hard on the aliens-as-immigrants metaphor since its return. Its message may have been muddled at times — primarily thanks to the show having to rely on its ‘immigrants’ to provide villain of the week fodder — and it has thrown a few bones to anti-immigration talking points. However, Supergirl is a show that fundamentally believes immigration is a good thing, that immigrants should be welcomed, and that demonising them is an evil act. Where does this attitude fit when the president-elect can be celebrated for vowing to make one of his first acts in office deporting 3 million immigrants? As anti-immigrant hate crimes surge following the election, how long can a show whose main character confidently denounces an attempt to market an alien-detection device as ‘shameless fear-mongering to the country's immigrant-fearing lowest common denominator’ survive?

Supergirl has always stood out among DC’s film and television properties for its emphasis on hope and optimism in the face of adversity. ‘Hopeful and optimistic’ are, in fact, the very words Tyler Hoechlin used to describe his portrayal of Superman on the show. The Superman you find in the DCEU, meanwhile, is a man suffering under the weight of the world’s fear and hatred; over the course of Man of Steel and Batman v Superman: Dawn of Justice, his story arc is one of living in hiding, persecution, exile and sacrifice. Like many, I’m not a fan of Zack Snyder’s interpretation of Superman and his mythos. I mocked its grim fatalism, and held Supergirl up as an example to follow. But maybe Snyder’s vision of the DC universe really is what the world needs right now – a dark story for dark times.

Trump’s election has been the climax of what has been a mimetically awful year. Bigotry and fascism is on the rise across the globe, and the fear expressed by the Kent family in Man of Steel of how the world might treat their alien son is a familiar fear for those of us who lie in their firing line. Supergirl’s optimism feels wrong when you’re scared for your own survival; in this climate, creating a show that champions diversity and argues that people are fundamentally good is a radical act.

However, that’s exactly why Supergirl has to retain its optimism as we move forward into Trump’s America. When you’re watching Lynda Carter play the President of the United States, the divide between the real world and Supergirl’s may seem insurmountable. But rather than dismiss the show as naïve escapism, consider the power of Supergirl’s existence. The modern, mainstream superhero story is that of white, male exceptionalism in a broken world. From The Dark Knight to Doctor Strange, we see the same story again and again: a lone savior out to save his world from evil. Trump cast himself as the hero in that tale during his campaign, portraying himself as the extraordinary outsider, here to rescue America from the threat of everything from ISIS to governmental corruption. Supergirl stands opposed to that story.

Supergirl’s story of hope can be ours too

Supergirl’s world is one in which Trump and his ilk’s favorite targets – women and queer folk, people of color and immigrants – are able to live freely in a world with problems, but also with hope. Individuals can be extraordinary, but they’re only at their best when they work as part of a team. There may be dangerous enemies out there, but they can be reached out to and defeated without compromising your ideals. We need to be able to see a world with those principles, even as our own seems to be moving further away from them.

Long before the results started to come in on election night, those opposed to Trump and his supporters have been talking about the need to provide a counter-narrative, a story of hope rather than one of fear. When every day seems to bring a new horrifying story about Trump and his plans for the U.S., that seems hard. Optimism isn’t easy to come by, and watching Supergirl’s is painful. But Supergirl’s story of hope can be ours too. The millennials and post-millennials that make up most of the show’s audience largely rejected Trump at the polls, with those too young to vote holding anti-Trump protests and walk-outs across the country. The show’s vocal feminism and diverse cast have been widely embraced. Supergirl can survive Trump, just like we can. We just have to be willing to fight for it.