The OA’s finale is problematic, disrespectful and a perfect example of bad television

Some events shouldn’t be used as a narrative trick

Share All sharing options for: The OA’s finale is problematic, disrespectful and a perfect example of bad television

There are quite a few problems with The OA, but none are as noticeable or egregious as how the finale of the last episode plays out.

[Warning: The following contains major spoilers for The OA.]

After seven episodes of Prairie Johnson — otherwise known as The OA or The Original Angel — telling the story of her abduction and time spent in captivity, the final episode does little to wrap things up. Rather, it opens the series to even more questions about the veracity of The Original Angel’s story. Over seven episodes, we’re asked to question everything we’re seeing — how much of what The OA is saying is true, and how much is an effect of trauma?

In the finale, the group of teenage boys to whom The OA is telling her story find a collection of books and items belonging to the OA, which suggests most of what they’ve been told isn’t real. It’s a hard for them to reconcile: they had spent the better part of what seems like the past few weeks — it’s never explicitly said how long The OA is telling her story — listening to this strange story and, for the most part, believing what they were told. There are moments when they question certain facts, causing them to look up dates of proposed accidents and incident, but for the most part, they develop a blind faith in this so-called angel.

This faith is of the utmost importance by the time the events of the finale roll around. One of the lessons that The OA has taught the boys is a kind of interpretive dance that can heal people. In the seventh episode, we learn that The OA and her angel partner, Homer used the dance to bring one of their angel friends, Scott, back from the dead. The boys, believing every word that the OA speaks, study it relentlessly, memorizing each step, even when acknowledging how silly it all seems.

This comes to a head in the finale, when a lone teenage gunman walks across the pavilion at their high school and opens fire. The shooter, who is never identified, is wearing a bullet-proof vest, gun sitting atop his shoulder. He stops occasionally to open fire before continuing along. All around him are terrified students running about. Most of them, including the four boys who have been taking nightly classes in the supernatural from The OA, are trapped in the cafeteria, hiding under tables and benches.

Everything in the moment feels like it was ripped from a book on Columbine. It should have been painful for the students, and treated by the show with some respect and empathy for the events that inspired it. Instead, the shooter is barely mentioned. The scene turns into an homage to the interpretive dance that The OA taught the boys. In what I assume was meant to be a moment of bravery, they step out from underneath the tables and perform this dance, which in turn distracts the shooter long enough for a school employee to tackle him and save the lives of hundreds.

The setup for the scene is archaic; it’s manipulative and treats sensitive subject matter as nothing more than a narrative tool to make a point quicker. It would have been one thing if the school shooting took up the entire episode, or if more than five minutes were spent on the fact a high schooler was shooting up his classmates. That never happens, however, and it feels like an empty shell. It’s worsened by the idea that showrunners Brit Marling and Zal Batmanglij felt they had to use a setting as atrocious as a school shooting to reiterate the idea that angels were real. 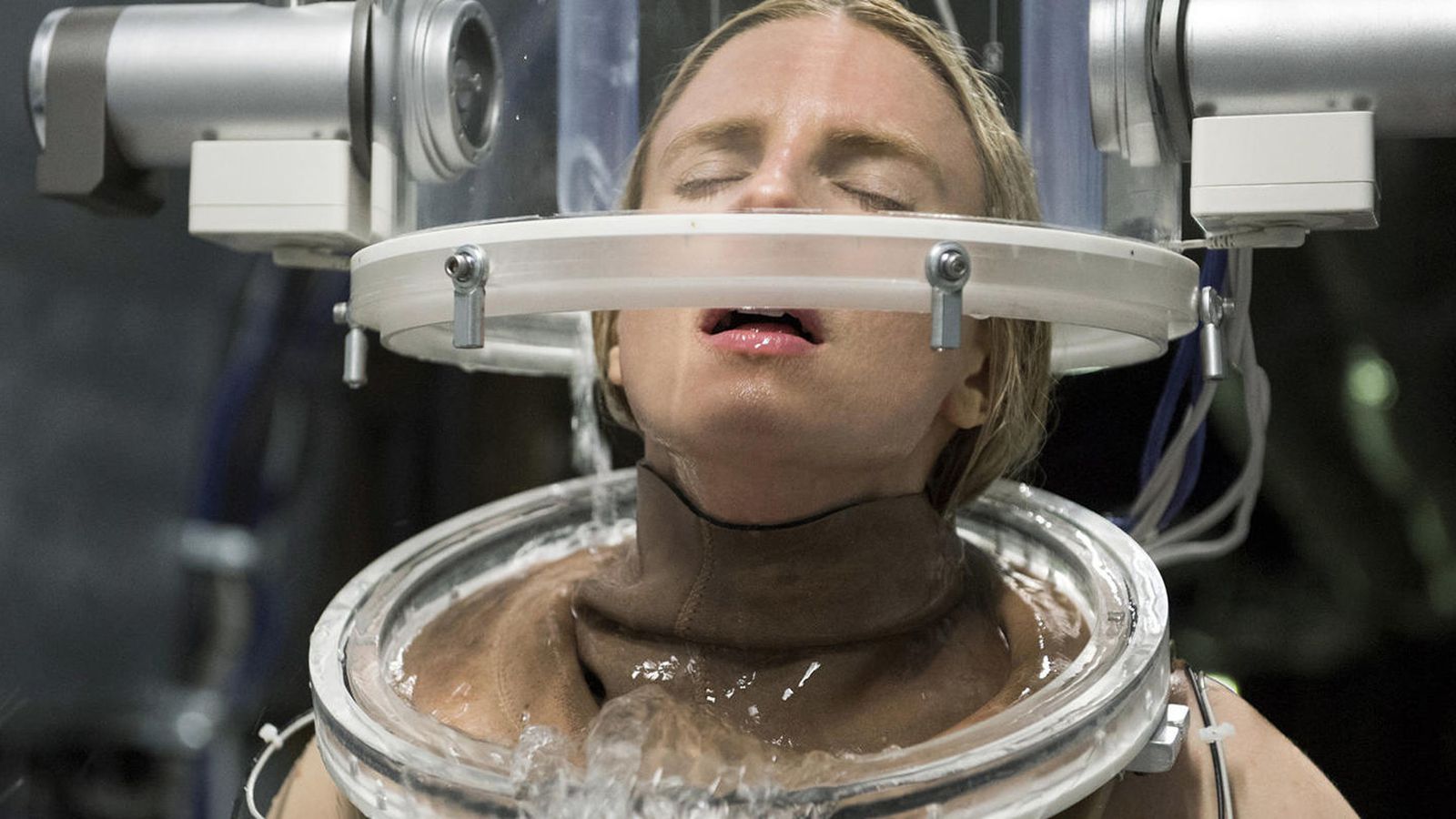 Netflix's mysterious series The OA is about philosophy, feelings and time travel

After the shooter is tackled to the ground, Steve, one of the boys with whom The OA bonds, chases after her, begging to be taught everything she knows. This ordeal, which left many of his classmates dead or wounded, reveals that he has supernatural powers and may be an angel himself. It’s bewildering that even after the shooting is over, the show never addresses it. It’s treated like an everyday occurrence, one unworthy of a even a two-minute conversation between people.

Unfortunately, this isn’t a new phenomenon in television. Nor is it one that we’re only just addressing now. I’ve written about different series that have used traumatic events from real life as tools to shock viewers or move a different storyline forward. During American Horror Story: Hotel, showrunner Ryan Murphy used a gratuitous rape scene, lacking any context, to remind people that it was supposed to be a disturbing show. There were moments in The Walking Dead’s season premiere this year that felt grotesque to even the most seasoned Walking Dead fans — again, the major complaint was that these moments felt unneeded and inauthentic.

Using a school shooting, especially one invoking the worst in America’s history, to make a point about angels is not only wrong, but also it’s reckless. It’s a sign of lazy storytelling. It had no context. The show could have figured any other way for the boys to realize they may have some kind of supernatural power, but this was the worst conceivable way to go about it. Tragedies should not be commoditized by television, and that’s exactly what The OA’s finale did.

The OA hasn’t been given a second season by Netflix yet, but it seems unlikely the series won’t continue. One hopes Marling and Batmanglij will spend a portion of the next episode dealing with the aftermath of the school shooting instead of moving forward without. To do so would be disrespectful and unfair to the audience who stuck with the show.

The OA is currently available to stream in its entirety on Netflix.