Here’s why FX, HBO and other networks are scared of Netflix

Share All sharing options for: Here’s why FX, HBO and other networks are scared of Netflix

Netflix plans to double the original series it offers to subscribers next year, equating to more than 1,000 hours of content and introducing 20 unscripted shows. Netflix is also going to spend $6 billion with the goal of making at least half of its content produced or owned by the company by the end of 2017. Netflix also intends to pursue top-tier award nominations, overtake the conversation in the TV press, and hire some of the best talent around.

Netflix’s goal is clear — to dominate the television landscape — and networks like CBS, FX and ABC are terrified.

At a media conference in New York on Monday, CBS president Les Moonves spoke about the company’s relationship with Netflix. Although Netflix remains a huge competitor for the network, CBS has teamed up with the streaming service to distribute its upcoming show Star Trek: Discovery globally. CBS’ sister network, The CW, recently began an exclusive partnership with Netflix — one reportedly worth $1 billion — to ensure that the streaming service held the rights to new seasons of shows like The Flash, Arrow, Supergirl and Jane the Virgin.

Despite this mutually beneficial relationship, Moonves was candid in his opinions of Netflix and its influence on TV. Moonves said the proliferation of original content on streaming services like Netflix has led to a substantial increase in actors’ and writers’ salaries.

“Netflix and Amazon have boosted actors' salaries to an astronomical place,” Moonves told the conference.

Moonves also said Netflix can take on projects that other networks might be interested in, but can’t afford to bet on, or don’t have room in their broadcasting schedules. Stranger Things, for example, is one of Netflix’s most popular shows, according to chief content officer Ted Sarandos, but the streaming service was one of the last destinations where creators Matt and Russ Duffer shopped the series. In fact, the brothers were rejected 19 times before coming to Netflix, at which point Sarandos and his team immediately jumped on board.

“I knew it was something special,” Sarandos said at the conference.

Stranger Things turned out to be a major success for Netflix, but even other series that don’t receive the acclaim that the company is looking for, like Will Arnett’s Flaked, usually receive a second or third season order. That’s because, according to Moonves, Netflix also acts as a distributor and can finance projects it believes will do well. Moonves confirmed that Netflix financed Star Trek: Discovery and it will air on CBS’ streaming service, All Access, for free because of that. As such, Netflix will profit off of the series as much as CBS would, even though it didn’t order the project.

Netflix’s business model is clear: It not only wants to own and produce original content, but also it wants to be the one-stop destination for all of the top shows online. It’s why Netflix has invested billions of dollars in partnerships with The CW, Disney and other networks. Sarandos, the Netflix executive said the company’s goal was to become HBO faster than HBO could become Netflix.

Netflix has its critics in network television. FX president John Landgraf attacked Netflix’s business model in his annual “State of TV” press tour. He told critics and reporters that Netflix’s model doesn’t allow for quality television, instead focusing on the number of shows that it can sell to investors. Landgraf predicted Netflix will start producing series to keep up with demand, sacrificing the quality that subscribers expect.

“Television shows are not like cars or operating systems, and they are not best made by engineers or coders in the same assembly-line manner as consumer products which need to be of uniform size, shape and quality,” Landgraf said. 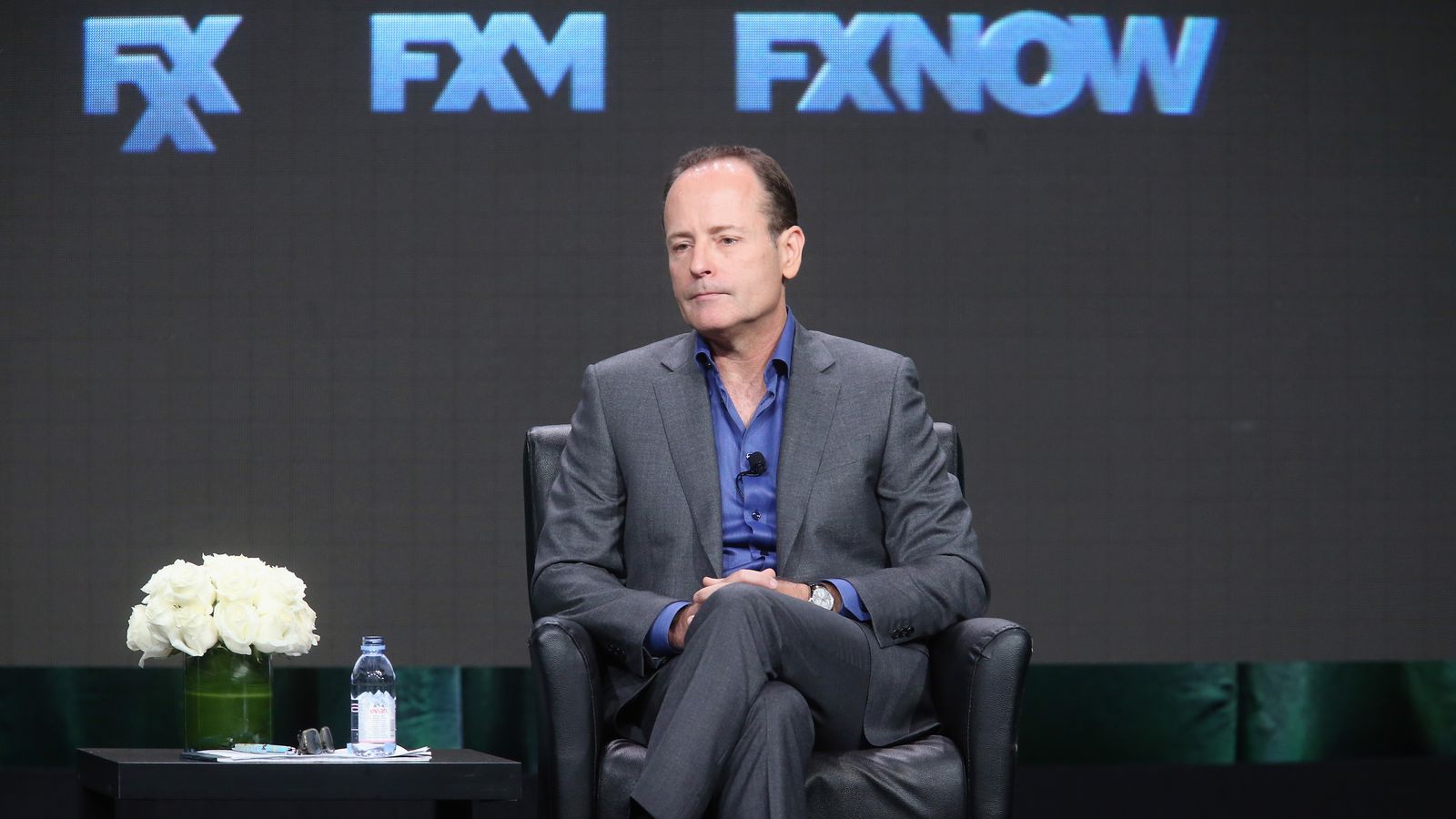 How Netflix's upcoming monopoly plays into the future of TV

Landgraf said that the problem with Netflix creating a series of “good” shows is that it makes it harder for audiences to discover what’s “great,” pointing to FX’s own slate of series. He said that while he can give his attention to a few series a year, he couldn’t imagine how Netflix executives were splitting their attention to make sure everything was up to par.

“You could give me all the money in the world, and I still couldn't personally supervise 71 shows and give each series the attention it needed," Landgraf said. "Why are they making so many shows and is it efficient? I couldn't tell you."

He added that Netflix’s financial model just isn’t sustainable for most networks, even those with huge budgets, like HBO and Showtime. Netflix can spend millions on a single episode and not worry about it affecting the company’s overall income because its hands are in many other series and deals. Effectively, Landgraf said, Netflix has become a conglomerate of content and is dangerous to the market.

Media strategist Liam Boluk told Fast Company last year that if people studied the numbers, they’d see the rapid increase in Netflix subscribers and the amount of time they spend streaming content should be a major concern, even to giants like HBO.

“Two to three years ago, the average user was watching almost 60 minutes of Netflix a day. Today, it’s nearly two hours," Boluk said. "Netflix is bigger than every single cable and premium cable network in the U.S. No matter how well programmed, powerful, or profitable HBO is today, you can’t look at that scale and might and not feel the need to act soon."

In response, HBO is ramping up production on original series and ordering more than usual to combat Netflix’s growing influence. In a call with investors call in February, Time Warner said it was seeking to expand its overseas audience. Outside of the U.S., HBO is available in 50 countries. Right now, Netflix is available in 130.

Netflix is also keeping up with HBO and FX in winning awards. Although HBO raked in 94 nominations at this year’s Emmys, FX and Netflix each earned 54 nominations. According to critics, Netflix’s slate of shows is on par with FX’s.

Netflix is preparing to spend more on original content. It plans to have at least 60 shows premiere or return next year, including the highly anticipated Defenders series, with 20 of those shows being unscripted, reality TV programs. FX, The CW, HBO and Showtime will have far fewer.

Netflix is rapidly outpacing its competitors and subscribers’ demand for its series is as strong as it has ever been. There’s a reason networks are scared of what the industry looks like under the thumb of Netflix, and other streaming services like Amazon — which recently spent $250 million to acquire the Top Gear team for The Grand Tour.

A couple of years ago, Landgraf thought that “Peak TV” would happen in 2017, but streaming services like Netflix and Amazon threw off that prediction. The takeaway is simple: No one knows when Netflix’s bubble will burst. Or, perhaps a little more dramatically, if it ever will.