Everything this subreddit learned from the console’s Fallon spot

Share All sharing options for: Nintendo Switch theorists kick it into hyperdrive after console’s TV debut

The Nintendo Switch appeared on television last night, gracing the stage of The Tonight Show with Jimmy Fallon for its first ever live demonstration. It was a momentous occasion for Nintendo fans — and especially the members of its subreddit, who have scrubbed through the footage in search of potential new details about the console.

With some instruction from Nintendo of America president Reggie Fils-Aime, a giggly and excited Fallon got to play The Legend of Zelda: The Breath of the Wild on the Switch. By “on the Switch,” we mean in both of its potential states: We first saw the game on a big screen, with the Nintendo Switch tablet seated in its accompanying dock, followed by a quick change to some handheld play.

It seemed as though when Fils-Aime removed the Switch from its base, it took seconds to resume playing on the tablet. For members of the theory-filled subreddit, that quick change is indicative of how easy it will be to switch (sorry) between the console’s docked and portable modes. A thread broke down how transferring from the dock to the handheld likely works based on the brief gameplay demonstration, and subredditors are jazzed about its seeming instantaneousness.

“I don’t know about anyone else, but given that the game footage in the Switch’s trailer was completely edited onto the screens post-filming, I was concerned that smoothness and quickness of ‘switching’ was exaggerated, and wouldn’t really be that good,” wrote thehegs. “Nice to see it’s real!” 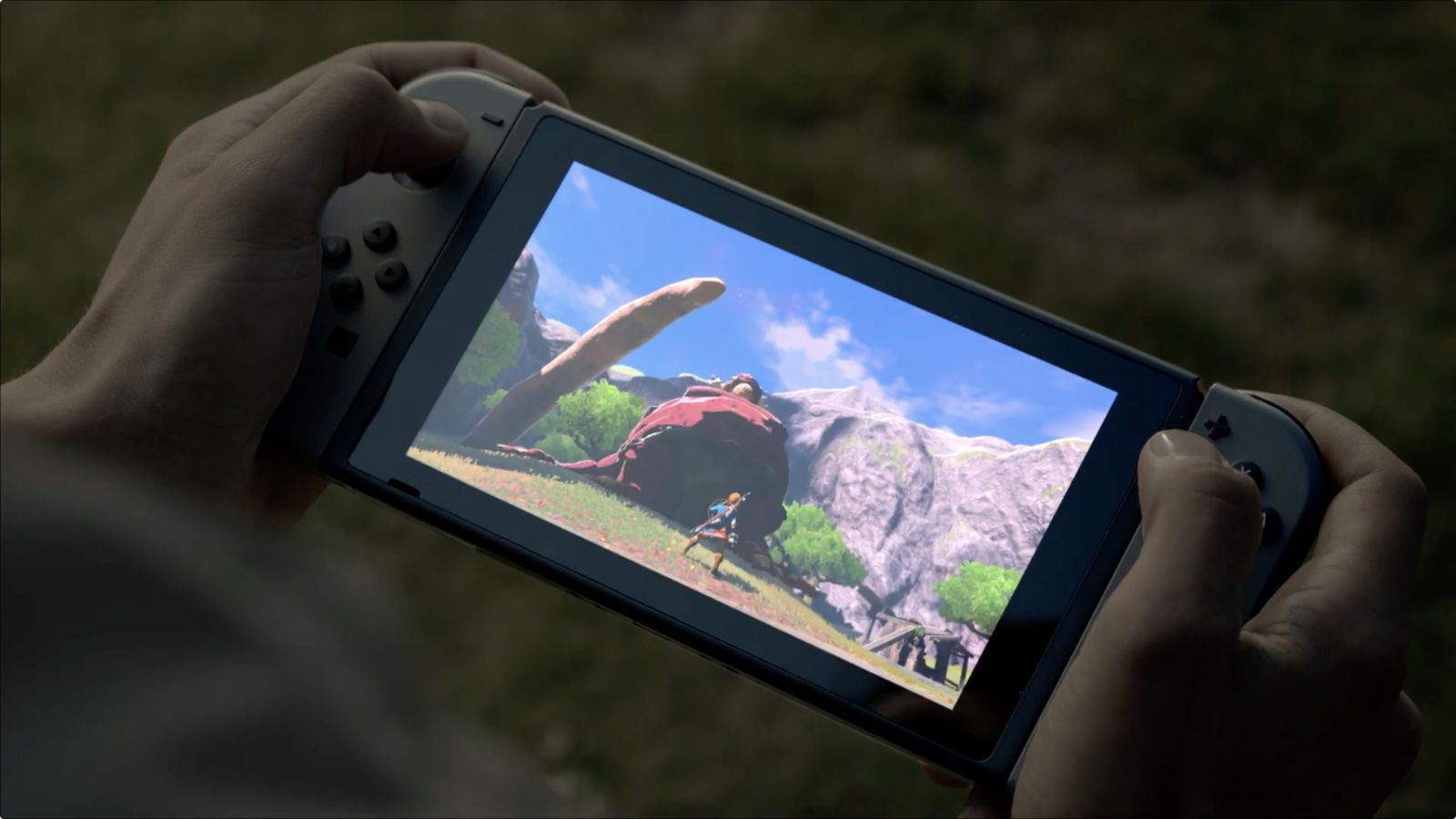 Just as exciting is that Breath of the Wild seems to run better on the Switch than the Wii U, based on some in-depth analysis by subreddit members. As the Switch is reportedly more powerful than the Wii U, that’s not surprising. The Fallon demo just gave members of the Switch forum the proof they were looking for to confirm their suspicions.

One user assembled a gallery that points out the differences between the Wii U and Switch versions. The main takeaways: The Switch version has “more detailed draw distance” and may run smoother than the Wii U game.

“It's hard to really compare this game to the WiiU version because of the graphical style too,” IWilgaus wrote, taking a measured approach. “Clearly when it was docked it was running very smooth when he turned the camera. So I'd expect if the WiiU can even run this that the Switch version will be 1080p and 60FPS docked with better draw distances, colour etc.”

Whether the game runs at 60 fps is up for debate, although some are insistent that Breath of the Wild will remain at 30 fps on both Wii U and Switch. Since clips of The Tonight Show don’t run at 60 fps on YouTube, it’s hard to say for sure. The subreddit lies divided on whether or not this is a big deal.

Also debated: How heavy is the Switch, anyway? One of the most popular speculative threads is a picture of Fallon holding the tablet with one hand. Unless the boyish TV personality is deceptively built, maybe the Switch doesn’t weigh all that much. Not that we thought it was going to weigh a ton, considering it’s meant to be portable, of course.

The Nintendo Switch community’s biggest question has little to do with the console itself, however. Instead, they’re enamored of the T-shirt designer Shigeru Miyamoto wore in the audience, which bore a Mario in a samurai outfit. (The love for Miyamoto’s sartorial choices has spread to the Twitter-sphere too.)

i love that miyamoto's clearly enthusiastic about his new t-shirt pic.twitter.com/RccUQSV3z4

Users wrote that maybe it’s a sign of things to come in the new Super Mario game, which we saw the briefest of glimpses of in the Nintendo Switch reveal trailer. Maybe it’s just a really rad shirt, said others.

Shirt aside, more concrete details about the Nintendo Switch are coming on Jan. 12, and Nintendo has said that the console itself will be out by the end of March 2017.