Super Smash Bros. Melee on Switch could be a huge boon for esports

Share All sharing options for: Super Smash Bros. Melee on Switch could be a huge boon for esports

Super Smash Bros. Melee remains one of the biggest games in the competitive scene, and recent rumors about its potential high-definition, Virtual Console debut on Nintendo Switch has gotten many pro players excited about its next-generation prospects.

While there are still reasons to be hesitant about Melee’s viability as an esports favorite on the upcoming hybrid console, we spoke to one of the community’s most visible members, who seemed optimistic about the Switch’s potential to shake up competitive Smash.

To D’Ron “D1” Maingrette, who works at Twitch as the Smash Bros. strategic partnerships specialist, a Virtual Console re-release of Melee would make the game far more accessible.

“If you were to visit a local game store and ask for a copy of [Melee], you would either not find it, or the price would be astoundingly high for a game that old,” Maingrette told Polygon.

The 15-year-old game, like many GameCube titles, can be difficult to find. That it’s only playable on a GameCube (or a backward-compatible Wii) also limits its audience. Yet that hasn’t stopped Melee from being one of the most widely played esports titles, of course, even with two newer Smash Bros. iterations that work on more widely available consoles. 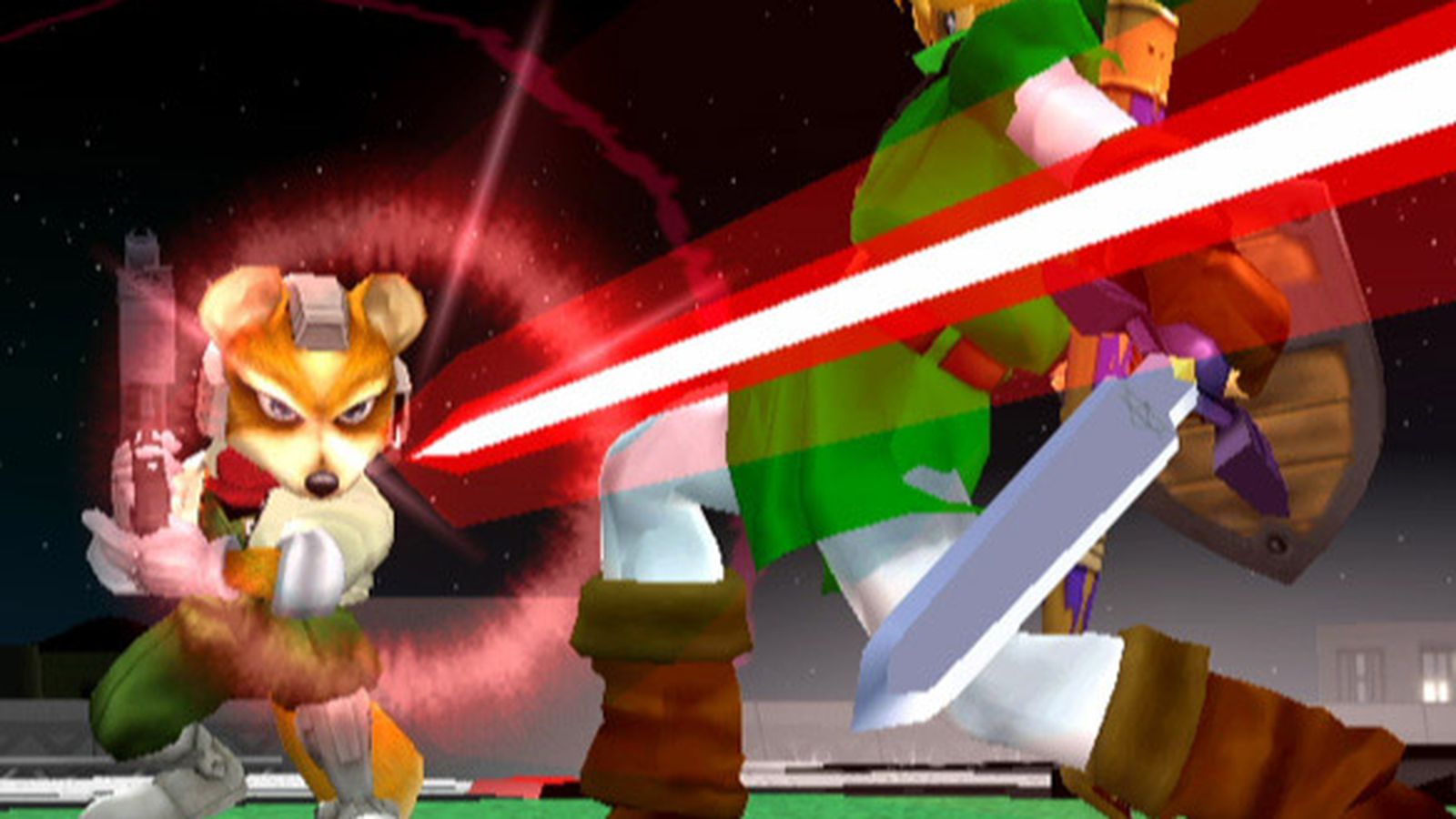 Super Smash Bros. Melee celebrates 15 years of Nintendo characters pounding on each other

Watch some of the very best matches ever

Being a competitive Melee player means slaving over an older television set, GameCube controller in hand. For those dedicated to their craft, that’s just part of the experience. Maingrette says that a Virtual Console version of the game could change that for good.

“The days of tournament organizers and staff lugging heavy CRT televisions sets to and from a venue might finally be over in the next year,” he said.

There could be even broader benefits beyond sparing players from holding onto their old-school TVs, Maingrette explained. Melee on the Nintendo Switch Virtual Console would be able to use modern capture set-ups for Twitch and other livestreams, as the console uses the standard HDMI output.

Modern conveniences like this sound like they’d provide quality of life improvements to Melee players. After nearly two decades of playing the game with older tech, however, many pros expressed their reservations about what an HD future could hold on social media.

William “Leffen” Hjelte, one of the world’s top Melee competitors, addressed the part of the report suggesting that Nintendo may do more than just a straight port of the game.

“Yes, I know VC ports have been pure emulators, but the rumor specifically mentioned ‘aimed at the competitive market’ - might change shit,” he tweeted.

He didn’t elaborate on what those changes may look like, instead questioning whether Melee on Switch would support GameCube controllers. This control scheme is the preferred play method for Smash players, who use the older peripheral with Super Smash Bros. Brawl and Super Smash Bros. for Wii U as well. Nintendo even went so far as to develop a GameCube controller adapter for Wii U in anticipation of the latter game’s release, as the console does not natively support those controllers.

We know that the Nintendo Switch has a few alternate control schemes, but Nintendo has said nothing of GameCube controller support. That’s just one concern pro Melee players have. Taylor “Warchamp7” Giampaolo tweeted about the game’s regional variations.

“I think the part of ‘Melee on Virtual Console’ that excites me the most is whether or not they go with NTSC or PAL, and how community reacts,” he wrote.

He argued that the PAL version is the “most updated” release of the game from a technical standpoint. That release has some small tweaks to gameplay over the version available in North America. For fans who have stuck with it over the last 15 years, Melee doesn’t need any other changes. If an HD revamp brings them, it could change the game significantly for competitive play, Giampaolo said.

“The pipe dream that was echoed for ages”

“I think most upsetting thing is that even if Nintendo gave us a literally perfect balanced re-released of Melee, community wouldn’t go for it,” he wrote.

Maingrette agrees that competitors are attached to the GameCube game, which has gone untouched for 15 years. Although players would require certain “criteria” in order to switch from the GameCube version over to the Switch — a minimum amount of input lag, using the PAL version, leaving the characters and game engine the same and GameCube controller support — bringing Melee onto contemporary consoles would still be huge for players of all kinds, he told us.

“This may be a stretch, but if there were new characters, stages, and an online mode we wouldn't even be mad,” Maingrette said. “The main asks take precedence over the extras as they're what is truly needed to seamlessly move the community over to the pipe dream that was echoed for ages, the HD version of Super Smash Bros. Melee for the Nintendo GameCube.”

Nintendo hasn’t confirmed Virtual Console support of any kind on the Nintendo Switch yet, although we’ll hear more about the console next month. We’ve generated our own list of more GameCube games we hope are included if the console’s library finally makes it onto the eShop, which you can contribute to in the meantime.

Correction: We’ve amended some details about the PAL version of Super Smash Bros. Melee, as well as possible responses to changes to the game, in the text above.