The Flash and the never ending battle with self-esteem

Barry Allen is faster than he's ever been, so why does it feel like this show is standing still?

Share All sharing options for: The Flash and the never ending battle with self-esteem

Last night, CW's The Flash tied up another two-part story arc with a dramatic, flashy episode that brought in characters from two dimensions. It also closed out one of this season's longest running plot lines. With so much narrative momentum behind it — nearly an entire season of toil on screen and off — did our hero Barry Allen (Grant Gustin), actually learn anything? Did his character evolve in any meaningful way?

Nope. But it was a nice ride while it lasted.

Episode 14 opened with Flash trapped inside Zoom's secret lair on Earth 2. Back on Earth 1, Geomancer (Adam Stafford) is on a rampage. Someone has to protect the people of Central City, and it's up to Caitlin Snow (Danielle Panabaker) to solve the Velocity serum's genetic riddle and get Jay Garrick (Teddy Sears) his Speed Force back. 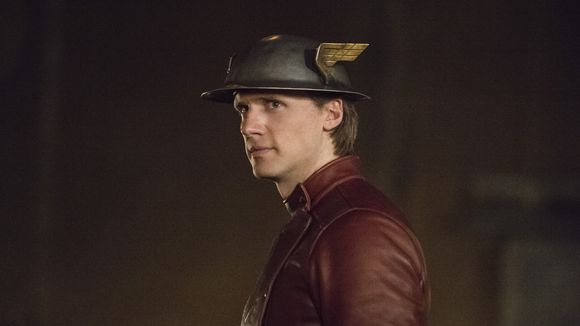 After several failed attempts, Snow finally gets it right. Velocity Nine has Garrick feeling fit and zipping along at over 1,000 miles per hour again. Fans were treated to a fantastic sequence where he evacuated a 20-storey building as it crumbled to the ground. Even better, Velocity Nine is beginning to reverse the damage to his cells.

Garrick isn't just getting faster, he's getting healthier as well. 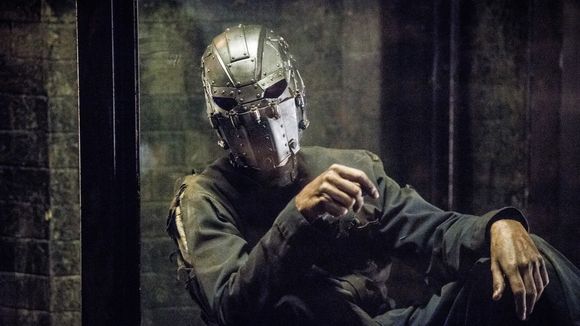 It's a mystery that will have to wait until another episode.

Meanwhile, Wells and Cisco Ramon (Carlos Valdes) go after Killer Frost (also played by Danielle Panabaker), trying to track down Zoom and rescue Allen. Joining them on the quest is Earth 2's Iris West (Candice Patton) and a hopelessly nerdy version of Barry Allen. Together, the team overpowers Killer Frost and convinces her to take them to Zoom's lair.

In the episode's climax, Wells is reunited with his daughter. Frost comes to Jesse's aid, shattering the last chain that holds her captive. But her powers are no match for the cage that Zoom has Flash trapped in. Allen implores them all to leave and save themselves.

But, in the eleventh hour, it's the Earth 2 version of Barry Allen who rises to the occasion. He tells Earth 1 Barry Allen how he fought a metahuman and climbed an icy staircase in saddleback wingtips that day, things he never thought he could do. Surely, he says, the Flash can move fast enough to phase out of his cage.

And so, for the umpteenth time, Barry's crisis of confidence is resolved by some stirring words. He phases himself free while Killer Frost, in a fit of vengeance over the death of Earth 2's Ronnie Raymond (Robbie Amell), keeps Zoom pinned long enough for them to escape. 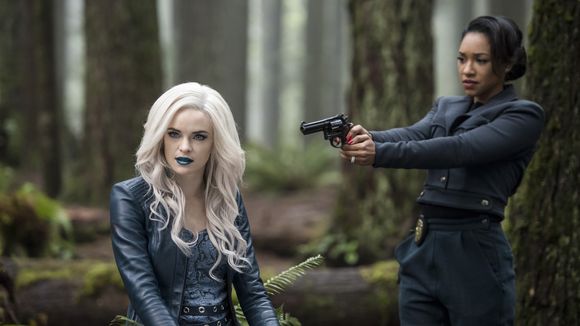 Wells, Jesse, Cisco and the Flash all leap through the dimensional portal back to Earth 1. And then, in the episode's final moments and just as the final gateway is shut, Zoom reaches across space to impale Jay Garrick and pull him back to Earth 2.

Poor Caitlin Snow has another lover killed before her eyes and, for all his hard psychological work, Barry Allen fails to protect his friends once again. For all the new characters and all the new locations served up to fans of the series, it was just another cyclical rehash of Barry Allen's ongoing battle against his own sense of inadequacy.

The Flash is running full bore, faster than he's ever gone before. But in the tail end of this season he still feels like he's standing still.

At the very least we're clear of the Zoom plotline, at least for a few episodes.

I'm intrigued by the unanswered question of the man in the iron mask, and why he's so fixated on Jay. Nevertheless, I'm just looking forward to the return of King Shark next week. Something light and silly is just what the series needs to get out of its narrative funk.