This is my back: Being a game developer is just about the only thing I can do

How I learned to ask for help, and found a home in games

Share All sharing options for: This is my back: Being a game developer is just about the only thing I can do 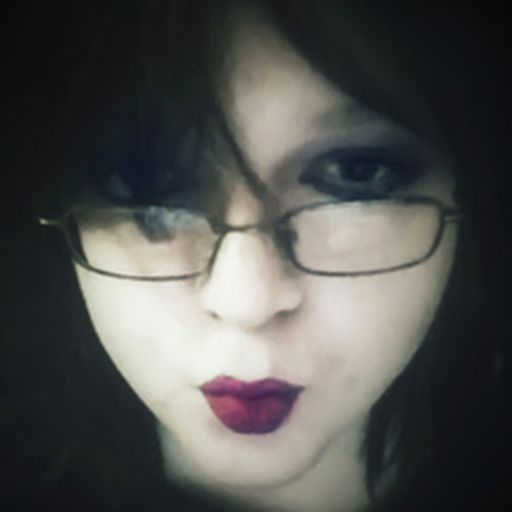 Indie mega publisher Mastertronic closed its doors in late November 2015. My company Owl Cave was signed with them for both our games. The rights to these games have reverted to our studio, thankfully, but a few months of revenue is currently in limbo and is likely gone forever. This is bad news, but it's not the end of us. The wait to find out what would happen wasn't easy.

You see, not only is Owl Cave my career and my life, but being a game developer is one of limited options open to me in a world where I'd otherwise struggle to find regular employment. As a disabled developer for whom working from home is a godsend, being able to sustain myself financially through games development is a lifeline I'm not I'd be able to live without. We're not a success, nor are we a failure. We're a modestly successful small company, and those are rarely discussed in this business.

Our two commercial games, Richard & Alice and The Charnel House Trilogy have received some critical acclaim and solid sales for smaller point and click games. They're not massive indie darlings by any means, but they tick along nicely.

We've made the executive decision to remain self-published for 2016. We couldn't be doing this without the support of our audience, for which we're immensely grateful. Every little bit helps, and any help we've received during this time has been extremely appreciated. Every sale, every encouraging email and every attempt to boost our signal gives us much-needed support.

Support. It's something I find hard to ask for, and something I can't live without. I think most everyone's the same.

Support is something of an intimate topic for me. My spine began to curve when I was around 13. This is a fairly common deformity, but boy did I skip over the "fairly common" aspects of it and jump straight into the "unique condition that was one of the most severe my doctors had ever seen."

When I say it curved, I mean it fucking curved. It twisted and warped, causing me immense pain both emotionally and physically. Not only did I have to deal with searing pain in my lower back if I walked through town, but also people hurling slurs of "freak" and worse almost every time I left the house. It was the 1990s and earlt 2000s. I lived in a smallish town in England. Public reaction to visible deformity was not good.

Due to the uniqueness of my condition, and some other unpleasant factors, I was unable to have the corrective surgery offered to teens with spinal curves, and was in fact told I'd never be able to have much in the way of surgical relief. At 16, after three years of hell, I was told rather bluntly that my life was only going to get worse from here on in. The curve would worsen, as would the pain. I also knew the abuse would worsen.

When I was 21 I made plans to end my life. I'd attempted suicide before, but this time I was determined to make it stick. Judge as you will, but my existence was one of chronic pain and near-constant emotional torment. I even approached my parents, and told them what I was considering, perhaps hoping I could seek their permission. Of course, they were devastated, knowing the full extent of my misery. It was something no parent should have to face, and something I'm forever grateful we've been able to move past. We talked it out, and came to an agreement.

I made a promise to my parents that I'd go back to the hospital, on the chance that a miracle or a scientific breakthrough might lead to treatment. Instead, under a new specialist, I had discovered my diagnosis had been wrong, and a degree of corrective surgery was possible.

It was better than I could've hoped, for about 18 months. My spine was as straight as the average person's. And the pain had totally gone! My life was as close to normal as I could have hoped.

But it didn't last.

The metal rods in my spine snapped one day in the dairy aisle of a market. That's not quite as nasty as it sounds, as it was all internal, but it was still nasty. My spine began to curve again over time and, in 2009, I had a second bout of surgery.

Spinal surgery of the magnitude I underwent is severely debilitating. The first surgery lasted 16 hours straight, while the second was two surgeries, a week apart, of 12 hours and 3 hours. I spent the intervening week with my ribcage detached inside me.

The second surgery was even more successful in terms of correction but, sadly, the pain — which corrective surgery isn't guaranteed to eliminate — came back with a vengeance and has only gotten worse over the years. I suffer from chronic pain now, and it impacts my life. So my relationship with support is one such as that I've had to rely on physical, medicinal, financial and emotional support all my life. I find the latter two the hardest to ask for.

I was heavily into video games throughout my entire life, and they became a safe haven for me; little worlds of empowerment and mystery and physical feats the likes of which I could never do bodily. I vividly remember the games I played at each stage of my illness. I've shamefully never finished A Link to the Past or Chrono Trigger due to the uncomfortable associations of having played them from my hospital sick bed with a broken spine.

But is it any wonder, with such a powerful experience in relying on games, that I've opted to make them? I and other gamers rely on video games in myriad untold ways, and I love that I can give something back to the medium by creating my own. I even made a game about my spinal condition.

My disability does severely impact how I operate as a developer, however. I can't take our games to shows, nor even attend them to network and socialize. At times I'm painfully aware of how this holds Owl Cave back, and the opportunities we miss out on by being unable to interact with a social industry face-to-face. I used to be able to attend some events, but in 2014 I contracted an unrelated illness that permanently damaged my right leg, and now I can't walk much further than the Tesco on the corner before my combined disabilities get too much.

So I can't do talks or expos and, even if my pain was suddenly gone, I'm not sure I could. Thanks to my past, I also suffer from Borderline Personality Disorder which makes dealing with people and forming intimate relationships a nightmare.

BPD means that my emotions tend to be extreme and fluctuating, often taking the form of idolization or vilification of individuals closest to me, and as such romantic relationships or even very close friendships tend to be a minefield I struggle to navigate. I have my BPD very much under control, but with that control comes a degree of sacrifice; I avoid dating, and intimate friendships I have to tackle with the greatest of care and reservation. Relationships that may be enjoyable, if not simple, to other people can be exhausting.

Being a developer whose career exists almost solely online means I can structure my life around my disability and my PD, and allows me to be about as ‘well' as I could ever hope to be.

And I mean, I run a development studio with two commercial games out there and three more in the pipeline, so I'm clearly coping despite various marginalizations and drawbacks. Having chronic pain can make me wish to just retire to bed for days, but I don't. Having BPD can make me behave like a horrible person, but I try my hardest not to be. These things don't have to stop us from producing work we're proud of.

It's support that lets me draw on my own strength to keep going. Support from wonderful people like Lewis Denby who helped set up Owl Cave and took me aboard for Richard & Alice. Support from my absolutely amazing Owl Cave partner Ivan Ulyanov, and developers like Ben Chandler and Jack de Quidt who've contributed immensely to my games. My parents have been unfailingly supportive. My friends and colleagues, who push me to keep going even when sometimes it's in my nature to want to give up or push people away, have made this all possible.

Our next game is a hand drawn adventure title, and it's considerably bigger than our previous two. It's a game about stories and storytelling, of doubting but also believing in oneself. It's a game about weird, troubled people because that's what I know and that's what I am. But they're also people who overcome their adversity, as I strive to do every day. The first image we've ever shown the public is above.

It's also an adaptation of a very celebrated classic ghost story, so that's exciting. I hope you'll join us for the release this year, and if you like our work, support us in continuing to do what we do. And I hope that in turn by making games which can be played by people going through similar experiences as me, I'm able to put my support out there for others who need it.

Olivia White is one half of Owl Cave, a small indie development studio creating adventure games. Her previous games include Richard & Alice and The Charnel House Trilogy, both of which are available to purchase. She also dabbles in interactive fiction and digital storytelling as LND Games, and does a bit of games journalism on the side.