How to choose your starting path in Fire Emblem Fates

Will you fight for Hoshido or Nohr?

Share All sharing options for: How to choose your starting path in Fire Emblem Fates

Fire Emblem Fates tells a grand story — one so big that Nintendo decided to split it up into three versions. Two of these, Birthright and Conquest, are now available at retail; a third, Revelation, will launch as downloadable content on March 10. (A Special Edition set contains all three paths from the jump, however.)

What's unique about the Fire Emblem Fates releases is that Birthright and Conquest aren't just differently named copies of each other, à la Pokémon. Instead, each of the paths offers exclusive characters, classes and features.

Even so, Fire Emblem Fates is an experience best had in full. We advise you to check out every side of the story, if possible. But how do you choose which road to travel down first? We're here to help you make that tough choice with this handy guide to Birthright and Conquest's major differences. 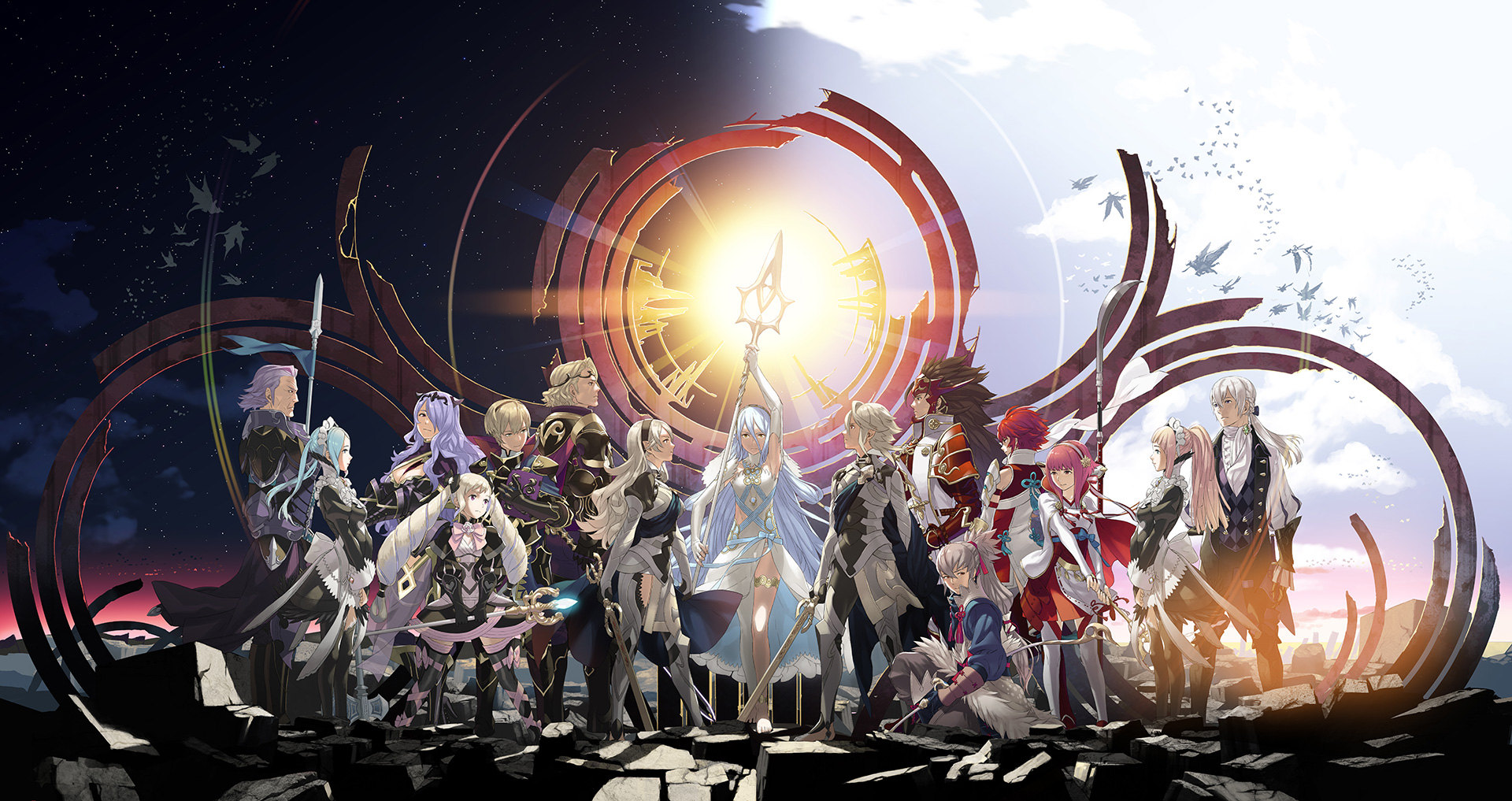 Follow along with our series of questions for you, the conflicted Fire Emblem fan. We've got the answers you're looking for in the quest to decide which game you'll check out first.

Birthright and Conquest most obviously differ on the story level; the retail versions of these games lock you into that story, while the Special Edition lets you decide which you follow first. The overarching plot of Fire Emblem Fates is that there's a war going on between two sides, Hoshido and Nohr. In Birthright, the player sides with Hoshido; in Conquest, the hero fights for Nohr.

The two groups come with their own unique traits, but the most important thing to know is that one is your birth family and the other is that of your adopted home. As a child, you were kidnapped and raised by the Nohrian royals, taken from your Hoshidan parents. Fates asks you to make a choice now that you're older: Which family will you stick with?

That's something the Fire Emblem Fates player must weigh on their own, but know this: Neither family is quite what they seem on the surface. Even though the Nohrians stole you from your blood relatives, your bond with them is undeniable. Still, it's hard to turn down your birth parents — especially since your adoptive father, the King of Nohr, is so obviously a bad dude.

This might be an easier question to answer than that of blood versus lifelong bonds. The East Asian-inspired Hoshido side is painted as "the good guy" from the start, while the medieval Nohrian kingdom is led by a ruthless killer. If you can't fathom serving a malevolent ruler, go with Birthright. But if you're looking for something more morally gray, starting with Conquest is the call you should make.

(It's good to remember, of course, that neither side is so black-and-white. But we'll leave that for you to discover.)

BUT WHICH STORY IS BETTER?

Your mileage may vary, and we won't spoil anything for you, but Conquest offers a satisfying and unique arc rife with emotional complexity. Birthright, on the other hand, feels a bit more like well-trodden territory. Both games heavily suggest that they're only one part of a larger tale; the lead-up to that conclusion, however, has plenty of payoff. Birthright and Conquest come with their own sets of unanswered questions, but most of their events are fully resolved.

Either way, you're going to want to play through all of the paths. That's the only way to learn the full series of events, and each story has affecting subplots and character moments.

If your answer is yes, follow the Conquest path. Other than the story beats, that's the biggest change from Birthright to Conquest. Birthright's objectives are all the same: rout the enemy or defeat the commander. Conquest throws additional conditions at the player: activate all of the switches on the board, escape with your army intact and within a number of turns, etc. These extra requirements mean you'll have to think far more tactically than you will in Birthright, in which the missions are more linear.

Birthright also allows for easy grinding. The scouting system, and other challenges available throughout the game make non-story missions available for added chances to gain experience. Conquest doesn't have anything like that, so you'll have to make your time during battle really count.

OKAY, OKAY. BUT WHAT IF YOU JUST WANT TO HOOK CHARACTERS UP?

A great question. Since Birthright has more opportunities to build up support relationships with teammates, it logically follows that you'll be able to pair them up more quickly. Other than delighting in the increasingly affectionate conversations that come with bonding characters, you'll get to add more of your units' kids to your team, too.

As for who you'll get to hook up with, there's a lot of overlapping characters between the games. Nintendo offers a quick reference guide to which royals you'll fight alongside in which game, below; they'll be your enemies in the opposing game.

If you dig the Hoshidan royal family more than the Nohrian one and want to unlock their kids, begin your journey with Birthright or vice-versa.

HAVE YOU NEVER PLAYED A FIRE EMBLEM GAME BEFORE AND HAVE NO IDEA WHAT ANY OF THIS MEANS?

If you're brand new to Fire Emblem or, frankly, even if you're not, here's the order we suggest: Start with Birthright, the easier of the two. After finishing that and getting acclimated to the tactical battle system, head into the tougher Conquest. Only then should you move onto Revelation, in which you unlock the "true ending" by refusing to choose either side; there's a reason it's not coming out on its own until after launch!

If you prefer Japanese voiceover or want to be able to rub your teammates' faces, look elsewhere: The Western version of Fire Emblem Fates excises both of these features from the original Japanese releases. A scene involving "drugging" has also been removed. Take heart that you can still have tactile interactions with teammates; you're occasionally required to blow on their faces or smack them awake. Nothing else has changed much, though, and regardless, the lack of these features shouldn't impact your enjoyment.

No matter where you start, Fire Emblem Fates is designed in such a way that players will want to explore each path. It's rare that you get to switch sides during wartime, so take advantage of that by checking out how the other half lives — and dies.

Birthright and Conquest are now available on Nintendo 3DS. Whichever side you end up starting with, you'll be able to download the other one at a discount — for $20 instead of the initial $40. When it launches, Revelation will cost an extra $20 too, making the full Fire Emblem Fates experience cost a total of $80.

For our thoughts on if Fire Emblem Fates is even worth playing, read our full review that covers both of these paths. (Spoiler alert: It is!)