Unlike previous entries in the series, Far Cry Primal is set in the days when fire was the hip new thing on the block (of stone). Without rocket launchers and technology to save you, you're going to have to do things differently in 10,000 B.C. However, Far Cry Primal has its own big guns disguised as animal companions, and it includes the franchise's most expansive crafting system to date. Learn to gather the right resources, and you'll always have a spear or an arrow to take out enemies.

With a huge map, animals to tame and outposts to conquer, it can be hard figuring out what the best course of action is — especially during the game's first several hours. Never fear! Whether you're a Far Cry veteran or new to the series, our Far Cry Primal beginner's guide will tell you the best ways to spend your time, materials and experience points (and keep you from going ape).

Early on in Far Cry Primal, you'll discover that there is no guns blazing tactic available. As Takkar, you'll only carry a bow and arrow, a club and a spear, so there aren't many options for defeating enemies in rapid succession. The best way to fight in Far Cry Primal is to fight smartly, and in the beginning smart is synonymous with quietly.

In fact, in the brutal, prehistoric world of Oros, stealth is going to be your best bet throughout. Even as you progress and acquire additional skills, it's still a good idea to sneak up on your enemies whenever possible to get a good vantage point. If for some reason you make a mistake when trying a stealth takedown, you can always break the line of sight with enemies to nab another shot. Don't be afraid to try again if you can get in position. Once you're able to incorporate your owl companion, you'll be able to tag enemies you want to attack as well, which is absolutely essential for stealth attacks.

Once you acquire the Beast Rider skills, you'll be able to climb atop a woolly mammoth, saber-toothed tiger or bear — all of which allow you significant advantages over enemies with no beasts to rely on. These tips apply to hunting wild animals as well. 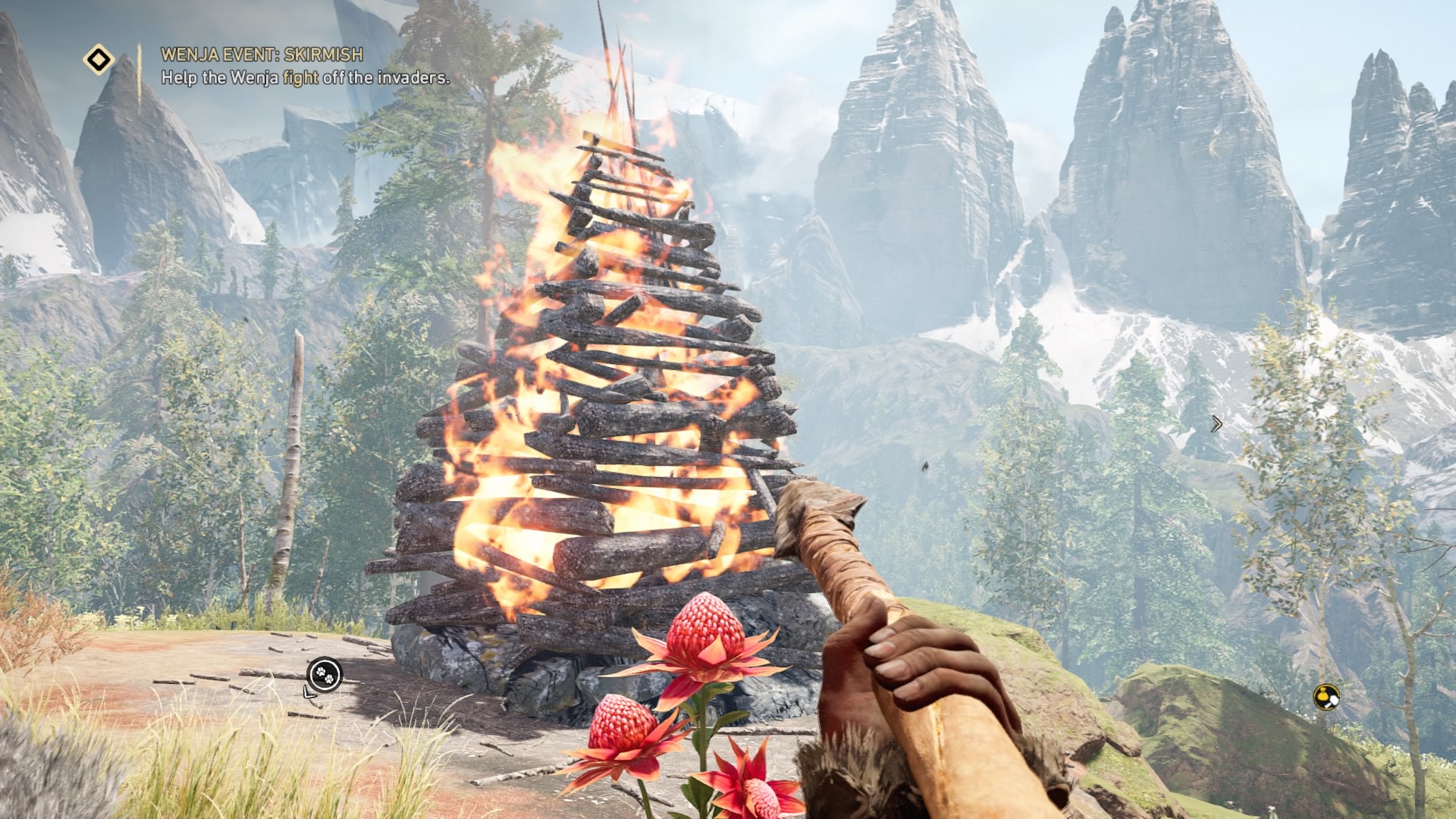 Take cover, and aim for the head

If you've spotted a group of rival tribesmen, crouch down and take cover in nearby plant growth. Your bow and arrow are silent, so as long as you shoot your target in the head, your enemies won't immediately discover you. Stealth stands in sharp contrast to firing off a shot and tagging your prey.

If you get good enough at headshots with the bow, you can even defeat large groups of enemies without being seen. Even better still, if you can pick off enemies when they inevitably become separated from the larger group, there won't be additional enemies around to spot your stealthy handiwork.

Be Prepared to Switch Tactics

You'll have to switch your headshot strategy up a bit when fighting predatory animals. They can typically sense you through undergrowth if they get too close, and they'll make a beeline for you. The best way to kill a charging wildcat or wolf is to either try and hit them in the head with an arrow during their initial charge, or equipping the club and swinging while they're in mid-leap.

For small animals like boars and badgers, the club works best, since it can be hard to hit them in the head once they've charged. With larger animals like mammoths, bears and saber-toothed tigers, the best course of action is to dodge and aim for their heads.

Get the Lay of the Land

The world of Far Cry Primal is extremely hostile to human life. With rival tribesmen and deadly predators everywhere, you're going to need at least a few places to find sanctuary. We recommend seeking out and clearing outposts and lighting bonfires as a top priority. Not only does each give you a fast travel point and a place to rest, but you'll also get a chance to explore Oros while doing so.

Clearing outposts and bonfire locations can be either simple or hard, depending on the terrain. These can be swarming with rival tribes, so the headlong approach will rarely end in success. Look for high ground that overlooks the outpost and rain down arrows on your enemies whenever possible. 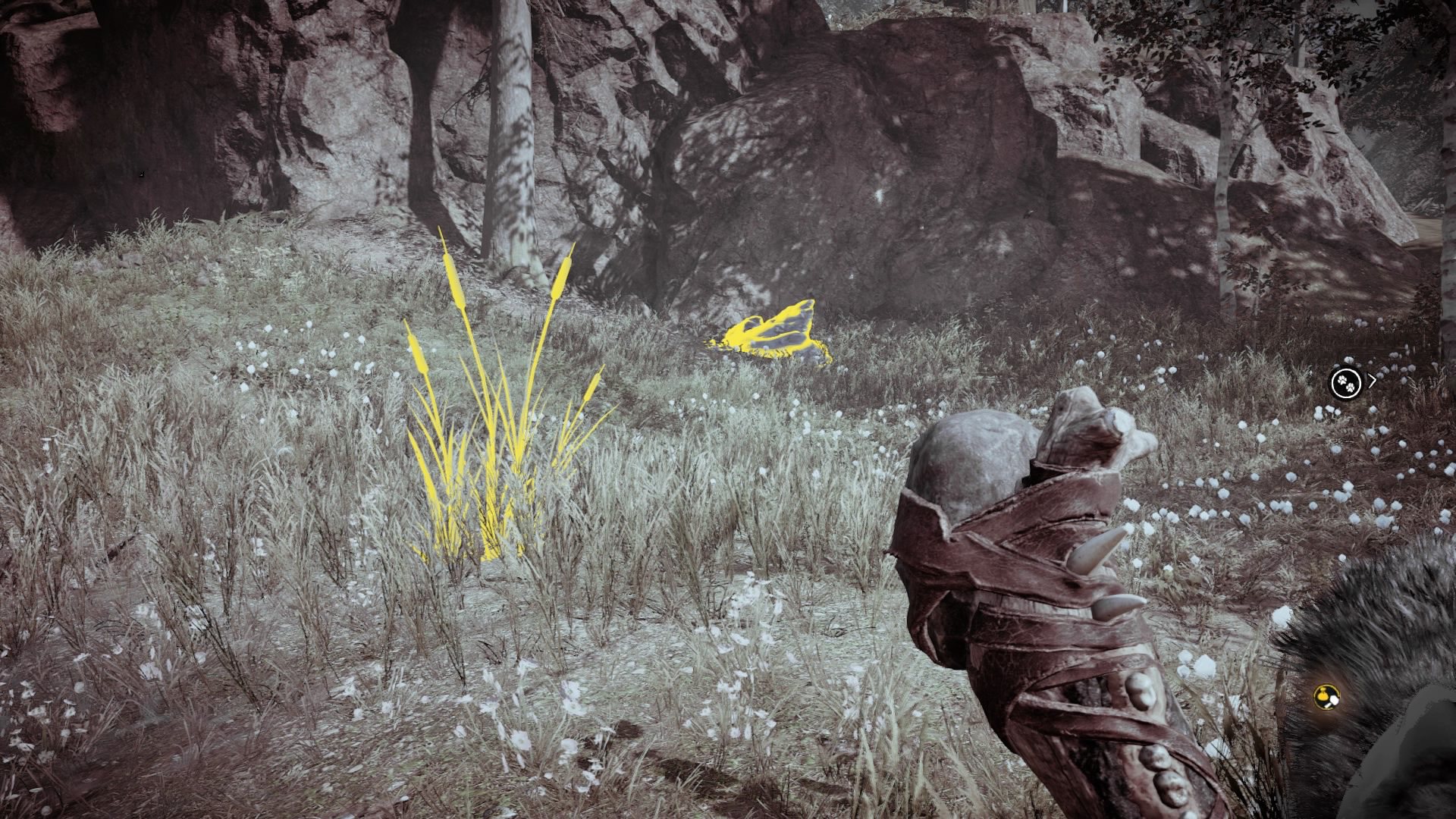 Take Everything That Isn't Nailed Down

Crafting is a huge part of Far Cry Primal, and you're going to need an immense amount of resources to craft weapons, build shelters for your tribe, make medicine, and manufacture upgrades.

While in Hunter Vision, you can spot gatherable resources highlighted in yellow. We recommend picking them up, even if they're a bit out of your way. If you gather them every time they're in your direct path, you won't have to remember how much of which resources you have, since you'll have been taking every single item that you happen upon. If you do this, you should see a notification that you can't carry any more of an item popping much of the time when collecting materials.

Collecting everything also increases your chances of finding rare versions of materials. Rarer materials will allow you to craft even stronger versions of items and weapons than the more commonplace materials, so taking means you won't miss out.

Also, because you'll be grabbing everything you see, it's really not worth spending a single point on resource skills that aid you in scouting them.

You'll earn experience points for almost every action in Far Cry Primal. Completing story missions, defeating enemies and taming animals tend to give the most XP. Once you get enough, you'll gain a level. Each level nets you a skill point. You can use these to strengthen Takkar.

The best skills to focus on early in the game are:

Some skills aren't useful until later, when you're trying to grind crafting and upgrade materials. We also didn't find much use for traps, so we avoided skills related to them.

Depending on your weapon preference, you can also choose skills to upgrade those. We'd suggest the Bow Handling and Bow Sprint Reload skills for starters, since you'll be relying on ranged combat for extended periods of time. This is especially important if you're going to remain stealthy. 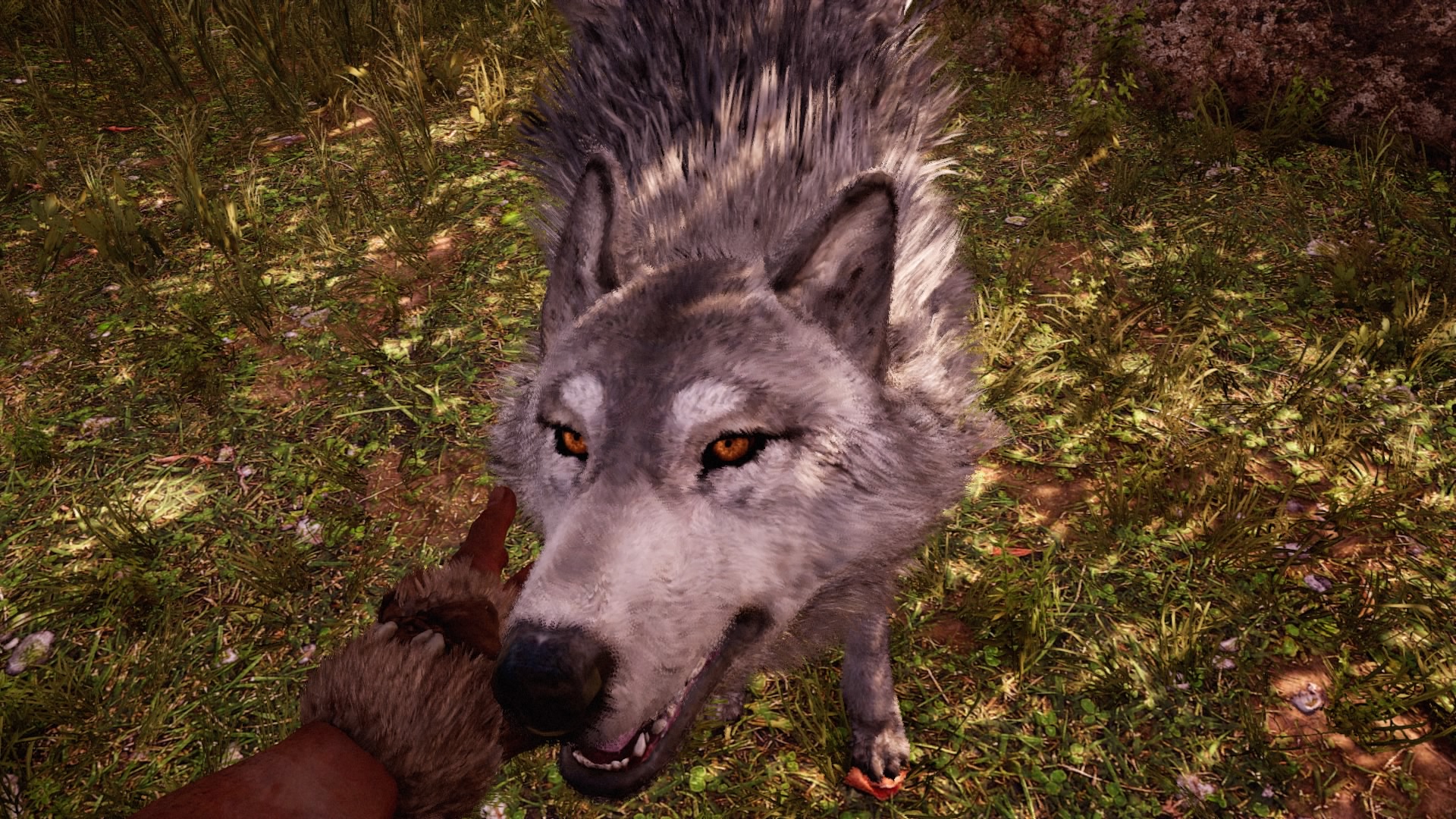 Once you meet Tensay, a very animated shaman, you'll unlock the first group of animal taming skills: Tame Canines. Each type of animal has its own unique skill. They fall under the Beast Master umbrella in the skill tree and with names like Tame Canines, Tame Cunning Beasts, and so on.

The more beast types you tame, the more versatile you become. The Canine group, for example, includes wolves, which are useful starter companions. Since it's the first group of beasts you unlock, having a wolf or equivalent canine around will ensure you have aid in battle, especially when hunting prey. The Apex Predator group includes the saber-toothed tiger and brown bear, both of which you can ride. They're also vicious beasts to unleash upon your enemies.

Keep taming, and you'll unlock the prerequisites for more powerful skills for your Apex Predators and eventually Cunning Beasts, the most intelligent (and most dangerous) animals in Far Cry Primal.

Know What You're Taming

When you unlock the Beast Master skill tree, concentrate on taming the Canine group that's comprised of dholes, rare dholes, wolves, white wolves and rare stripe wolves. These are among Far Cry Primal's most balanced companions in terms of attack power, range and speed. When you're under attack, use them as direct attack companions to maim enemies and prey. That way, you can focus on other targets or missions. 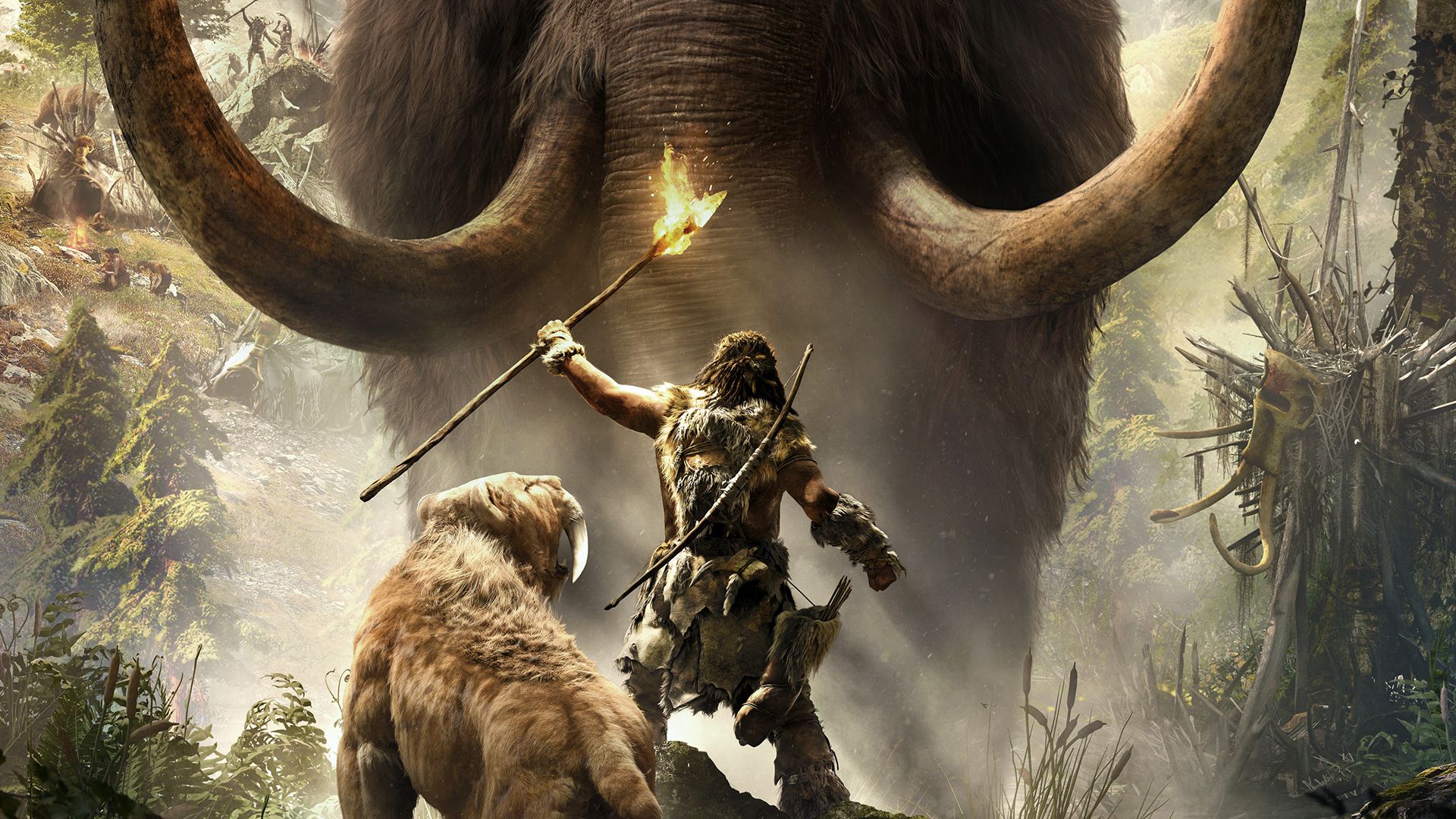 Wildcats — leopards, jaguars, rare black jaguars, cave lions, and rare black lions — are the second tamable group. You must first unlock the prerequisite skill Tame Canines before you can bring Wildcats under your command. These cats are a bit weaker than canines, but their stealthiness and speed gives them the ability to kill silently. You should use these animals when trying to take your enemies out from afar and unseen.

You can unlock the powerhouses of the animal kingdom — the saber-toothed tiger and the brown bear — with the Apex Predator. For two skill points, you can take off the kid gloves and unleash these almost unstoppable beasts. However, large groups of tribesmen with spears or other apex predators are a threat to them. Call on these creatures if you want to go toe-to-toe with a large group of enemies.

Cunning Beasts — the cave bear and the badger — are the fourth and final of the tamable animal groups. They mix the strength of the Apex Predator with the wiliness of the Wildcats for a devastating impact, offering two of the meanest and deadliest animals the Stone Age has to offer. Before you can claim them, though, you'll have to tame eight animals and unlock the Cunning Beast taming ability with three skill points. 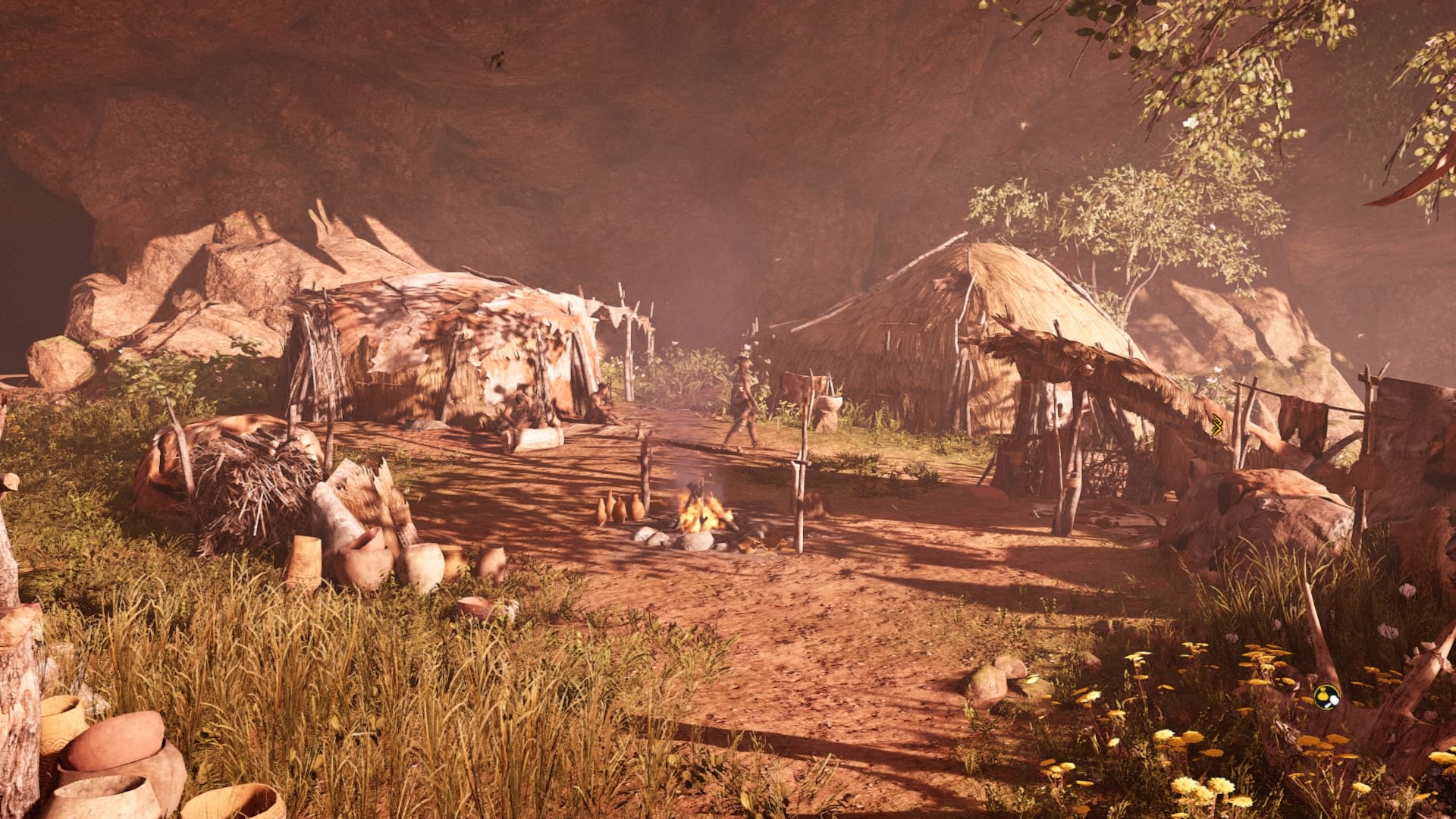 When you're heading to the next story mission or bonfire, and you see a Wenja side mission pop-up, it can feel like a chore. It's not a good idea to ignore them, though.

Wenja side missions are usually short, and completing them will add villagers to your tribe. Increasing the your village's population allows you to unlock upgrades later in the game. If you complete these short quests early, you won't have to spend time grinding them later on just to get that upgrade.