The Skylanders franchise is teaming up with the advocacy group Autism Speaks for a series of toys-to-life figures. The centerpiece of the Light it Up Blue campaign is a series of blue and white Skylanders Superchargers figures launching today, a joint press release states.

Four toys — including two characters named Splat and Trigger Happy, as well as two vehicles called Splatter Splasher and Gold Rush — are available for sale now in the United States and Europe. Toys will go on sale in Canada on April 1. 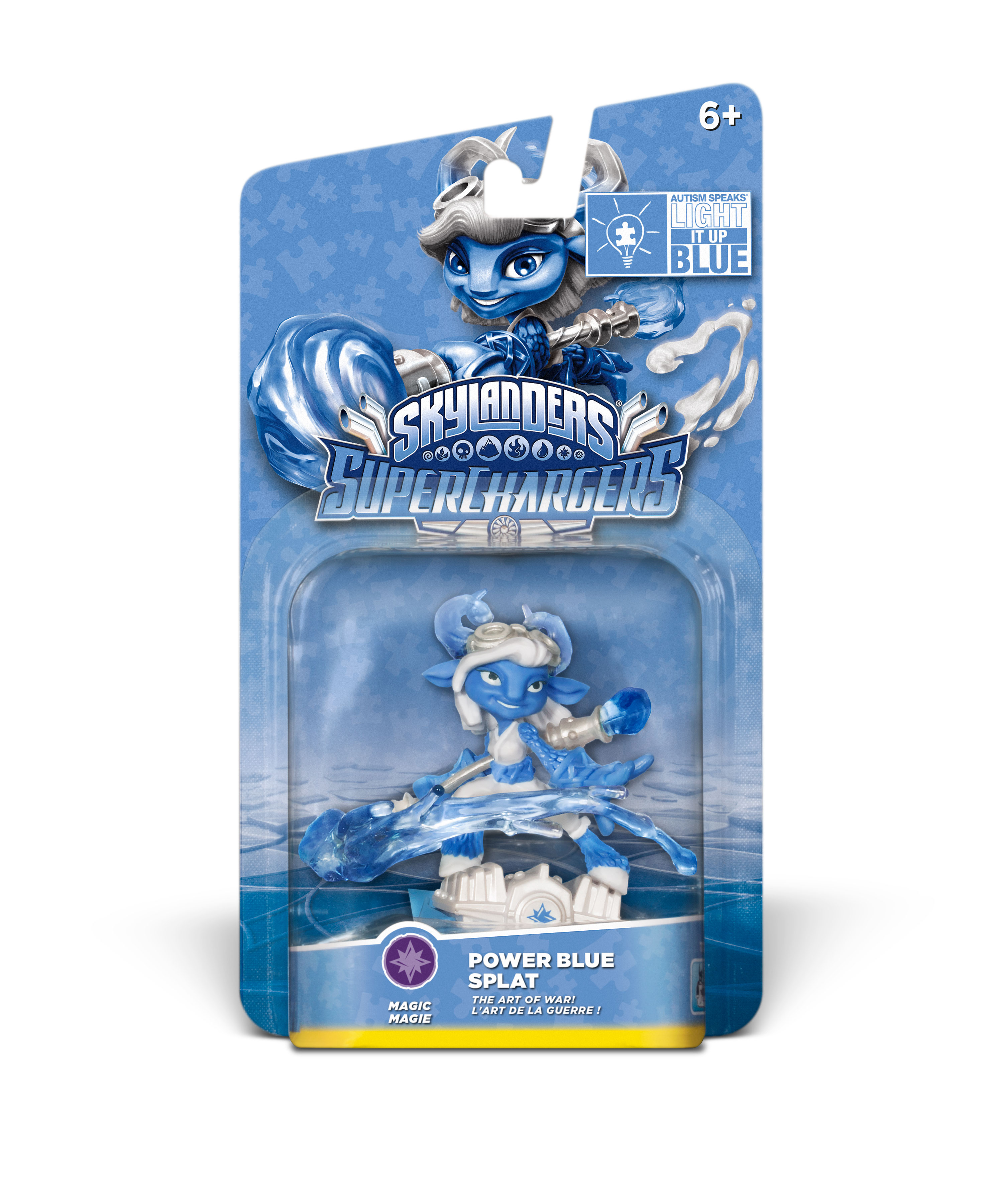 "Since the debut of the franchise, we've heard from parents that Skylanders plays a special role in the lives of their kids on the autism spectrum," said Activision's Josh Taub, senior vice president of Skylanders product management. "The entire Skylanders team was deeply committed and proud to bring these special toys to life. If they can put a smile on a child's face, then we know we've done our job right."

"Autism affects one in every 42 boys and one in 68 children in the United States," said Peter Morton, Autism Speaks' vice president of corporate development. "We're proud to work with Skylanders, an iconic franchise that's known for bringing joy and magic to kids and families."

As part of the campaign Activision said it's making donations to autism-related non-profits, but did not specify the charities or the amounts. The company is also offering employee education and offering to match any employee donations in connection with the observation of Autism Awareness Month.