My life in a '90s-era chat program

Share All sharing options for: My life in a '90s-era chat program 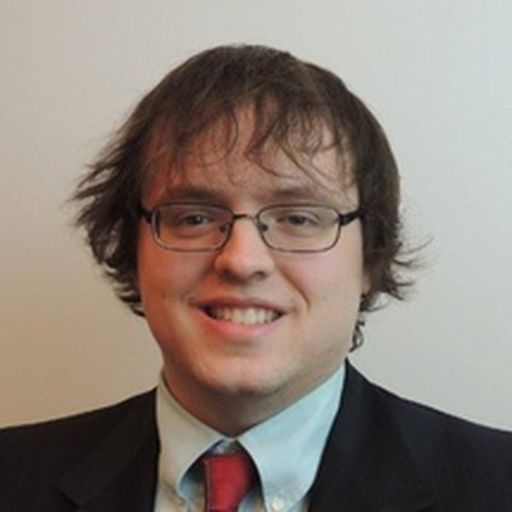 I’ve always been an introvert, especially when I was younger.

If I wasn’t playing Diablo II or Warcraft II over Battle.net I was just chatting with people online. I had friends at school and around the neighborhood back then, but I have never been bothered by being alone. The then-revolutionary concept of "instant messaging" on a computer screen was the perfect combination of social interaction with isolation for people like myself.

The story will be familiar to anyone around my age: You’d be bored over the summer or on the weekend without much to do and end up idly browsing chat rooms.

My mom received a seemingly endless supply of America Online (AOL) discs in the mail for free trials. I would sign on with our dial-up internet connection during the night when the phone line wasn’t in use. Trailer parks in north Texas didn’t always get the most state-of-the-art technological advancements, like high-speed connections, as quickly as other places.

One night in 2004 I met someone in an AOL chat room who would change my life forever.

THE WORLD WIDE WEB OF RELATIONSHIPS

While the story differs drastically from my own in that you have a preexisting in-person friendship with Emily, it’s also similar in that the entirety of the game happens within an imitation of an AOL Instant Messenger (AIM) chat box. It’s a conversation. Everything from angsty-teenager-themed profiles to the horrendous fonts and background text colors are intact and just as embarrassing as you remember.

Since the entire game takes place in faux chat boxes, the mechanics are designed to call attention to the act of chatting itself. You don't just select dialogue options from a list of choices and wait for a response; you're required to actually type your response into the chat box once you've made your decision. While you're not required to replicate the message you chose, the act of physically interacting with the game allows for a bit more suspension of disbelief.

It feels even more authentic once you get deep into Emily is Away, around your junior and senior years of college. There were several moments where I would choose a dialogue option that was intended to convey personal and honest thoughts to Emily. I wanted to tell her how much I cared for her. I wanted to tell her I was sorry for losing touch. I wanted to be there for her. But even if I chose those options, sometimes my character would delete his messages before pressing send.

It was like looking at myself in a mirror that showed the past.

I remember pouring my heart out into a chat box before deleting it all. In a way, just writing out what I wanted to say felt like enough, even if the other person would never know how I truly felt.

Emily is Away reminds me of the nights I'd sneak into the computer room while my mom was asleep just so I could speak to my friend Valleri. I’d drape a blanket across my head and the monitor to prevent any light from leaking under the door. I muted all sound and plugged in headphones that I didn’t wear to be absolutely sure no sound would escape.

We talked about everything. We’d chat about what we did that day, the homework we forgot to do and an always shifting laundry list of family drama and gossip. We talked about our goals for the future.

The virtual body armor provided by a screen name shields your legal identity while sometimes simultaneously revealing your true self. The lack of personal repercussions, combined with the ability to hide and retreat with just the press of the power button, can help insecurities fall to the wayside during instant messenger chat sessions — for good or ill.

It was a fascinating phenomenon that’s all but gone in today’s age of social networking. With our real names and profile pictures leaving little to the imagination, all the mystery is gone. And, ironically enough, the more society is forced to name itself and show an honest face, the more superficial and less genuine many online interactions become. Anonymity comes at a price, especially if you’re targeted for abuse, but we gave something up when we began to focus on using our real identities in so many places.

Emily is Away made me feel like I was once again a clueless teenager looking for love, rather than an ambitious 20-something seeking acceptance. It looks back at a time when people communicated, rather than broadcasted.

My real-life relationship with Valleri became more serious as time passed. We eventually found ourselves looking forward to our talks throughout the day. Instant messaging turned into phone calls which turned into arranging an in-person meeting. It was the kind of organic connection that predated the more orchestrated algorithms of modern dating websites. Since then, neither of our lives have been the same.

Unfortunately, the player character in Emily is Away isn’t as fortunate.

While the game is a text adventure in that you choose dialogue options and make important decisions to move the story forward, the actual ending itself is more or less set in stone. One way or another, you and Emily grow apart.

In my game, she ended up with Brad, the douchebag boyfriend she always complained to me about. Even if you do everything correctly, such as liking all of the things she likes and choosing all of the best dialogue options, she eventually moves on, and you’re forced to do the same.

This isn’t the world of romances from most adventure games where if you say the right things you can always win the character’s affection. In this game, as in life, you don’t earn love just by showing up and trying hard.

While I was fortunate enough to find someone in the vast sea of screen names that was AOL, I made dozens of other connections over the years that have all fizzled out by now.

I still talk to one of my old Xfire friends, who has several children now and doesn’t have time for much gaming anymore. I stopped talking to one of my closest MMO buddies, the co-leader of a guild we started together. There was no real reason that we stopped virtually hanging out.  One day he stopped logging on, and I quit the game shortly thereafter.

The fleeting nature of human connection is as absolute as any other force of nature, but the distance granted by the chat programs of the '90s allowed us to move in and out of each other’s life with almost no friction. You could talk to someone and connect with them on such an inherently deep and personal level, to the point that you'd think you’d never grow apart again, and then perhaps you’d never hear from that person again. It happened all the time.

While it can be easy to interpret Emily is Away as a sad tale of love gone awry, I prefer to see it as a period piece, a realistic look at online relationships of that time. It taught me to not dwell on the past and to instead focus on what I have now and where I’m going. Even though she isn’t real, I hope Emily is happy wherever she finds herself next — there are plenty of fish in the sea, after all. I was just one of them, and I enjoyed our virtual time together.

Besides, my real-life relationship with Valleri went significantly better. It’s hard to find time for games while planning a wedding.

David Jagneaux is a freelance writer and full-time nerd. You can read his work about gaming and technology at IGN, VICE, Motherboard, Playboy and more.