Share All sharing options for: Phil Spencer says PC gamers 'might not buy' an Xbox One — but that's OK

"Let's say you're talking to an individual who is a PC gamer fully. They're exclusively a PC gamer, they love Steam, they have a sick rig. Why do I, if I'm that person, why do I buy an Xbox One? What's the reason for me to purchase an Xbox One?"

That's the question we posed to Xbox head Phil Spencer at a recent Microsoft event, on the heels of his division's pivot toward bringing previously Xbox-exclusive games like Quantum Break and the Forza series to PC. 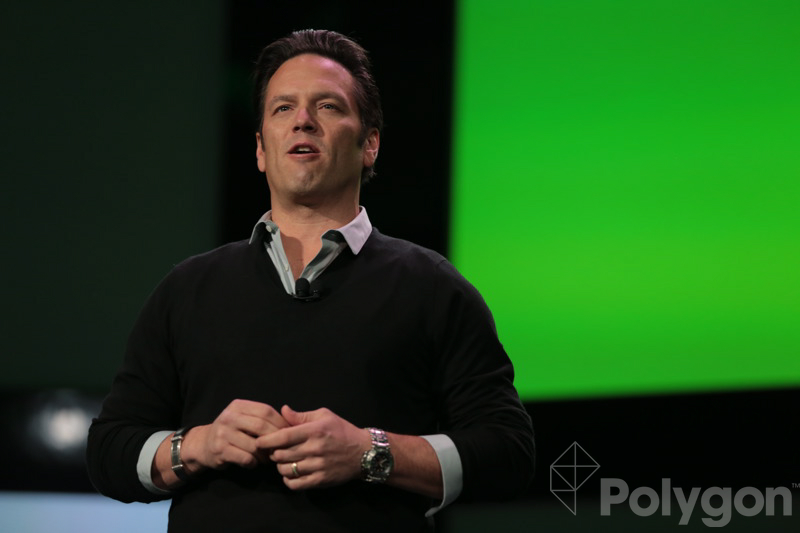 After a 10-second pause to consider the question, Spencer answered, "You might not. And I'm not trying to trick you into buying an Xbox One for what I'm doing."

He continued: "I was actually asked by somebody, 'Did you do Forza 6: Apex as a way of teasing the PC gamers with how good Forza is so they'll go buy an Xbox One?' No. That's not the plan.

He quickly added that, to him, there are still plenty of reasons PC gamers might want an Xbox One — namely, for the different gaming experience consoles provide.

"I think there's something very unique about playing console games on my television," he said, "10 feet away, with a controller in my hand, you and I sitting next to each other, either playing against each other or playing with each other — that is different from playing on my PC gaming rig sitting from 2 feet away playing with a keyboard and mouse or even a controller," he said.

Spencer went on to say that "we're gonna make the absolute best TV gaming console experience we possibly can, and if you decide that you want a PC gaming rig and to have an Xbox One, the fact that Microsoft has a presence in both of those places is gonna make your life better."

He pointed to features like shared save games and cross-system Xbox Live profiles as potential benefits of Microsoft's investment in both platforms.

According to Spencer, Microsoft's unique position in both the PC and console markets affords the company opportunities to blur the line between the two platforms.

"This way," he said, "when you go and you buy [PC and Xbox One games], you're not gonna feel like you're dealing with disconnected islands that don't understand what games you own, or where you are in those games, or what your achievements are in those games and what you play with, but that instead [we] put you as the gamer at the center of our platform and build our platforms around you."

For more from our interview with Spencer, read our conversations with him about the status of Microsoft's plans to make retail Xbox Ones functional dev kits, and the future of Phantom Dust.