Share All sharing options for: How to make the most of your time and money in The Division

Role-playing games can be daunting. Just ask the players who painstakingly discovered Destiny's most esoteric secrets with brute force. The same principle applies to Tom Clancy's The Division, which is just as much of an RPG as it is a shooter — complete with crafting mechanics and skill trees.

This guide will help you eliminate the trial and error in The Division and set you up for success with endgame content. You'll get a spoiler-free grasp of the core tenets, and you'll leave well-equipped to assist Manhattan in its time of crisis.

The Division has three types of currency for three different parts of the game:

As you begin to play The Division, the first thing you should do is sell your extra gear — specifically, lower green level loot — and use the money you earn to upgrade the higher blue gear tier. Even though it's easy to do in the game's instant menu feature, fight the urge to dismantle your inventory for materials. Instead, every time you come across a safe zone, find a vendor and sell your extra gear.

There are some exceptions, and we'll cover those in Skills and Arts and Crafts sections, but at the beginning of the game, sell what you don't need.

The old RPG adage of not buying items from vendors applies in The Division. Marginal upgrades aren't worth spending your hard-earned cash on — unless it's at a blue tier or above. Save it for the worthwhile loot, and leave the rest to RNG (the in-game random number generator that determines what type of loot you get) gods. 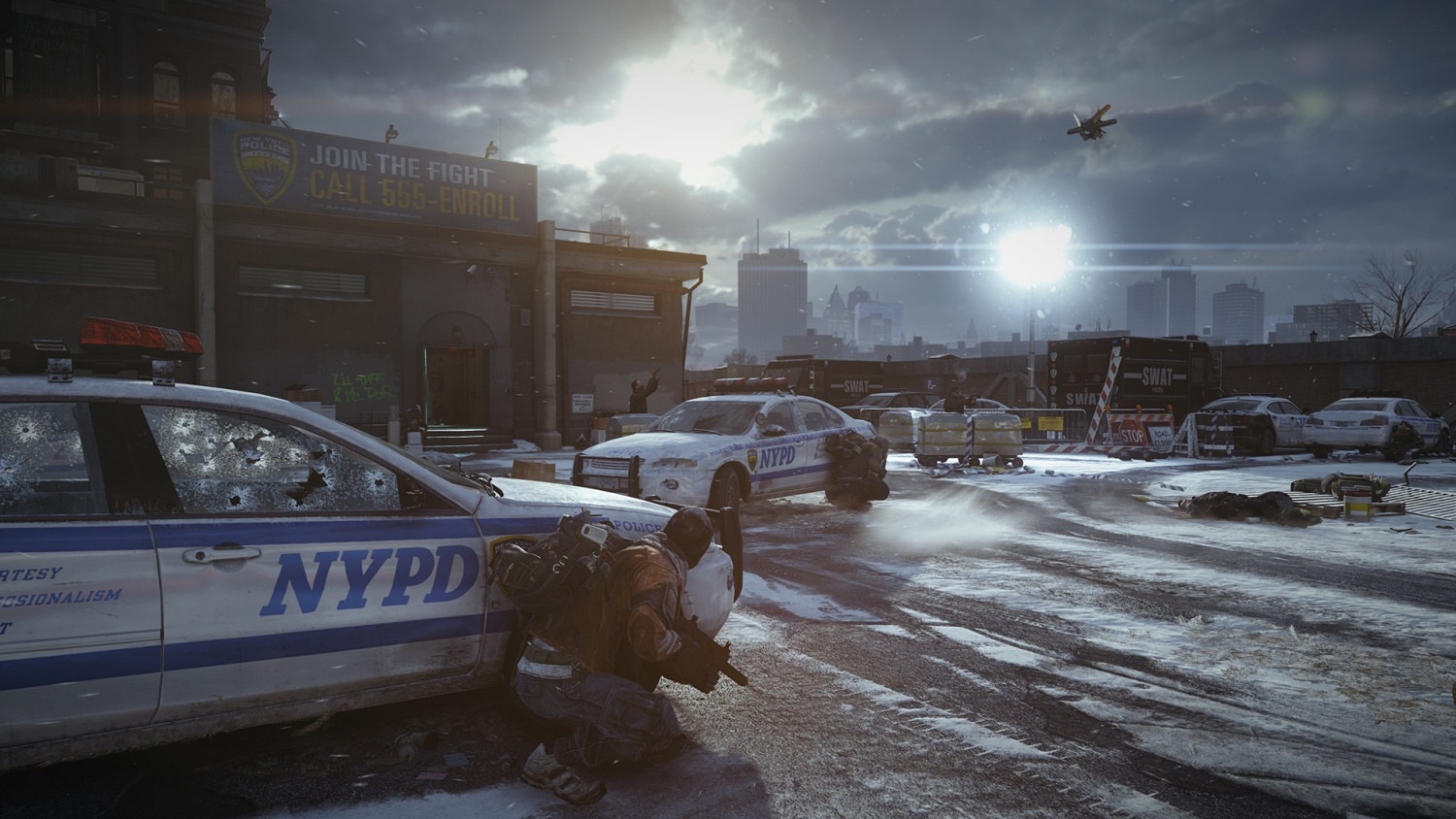 Take your time when aiming

The Division is not an arena shooter. It rewards careful targeting.

Headshots are of the utmost importance, so throttle the trigger as often as possible to get a more sustained trajectory and prevent your firearm from drifting as you shoot. Marksman rifles are the best way to accomplish this task, especially for new players. They don't quite have the range of a sniper rifle, but they still have better ranges than most of the guns in the game, and they grant bonuses for headshots.

To become a better marksman, practice shooting out in the open world with targets like signs before embarking upon a tough mission. Learning to hit headshots consistently is also the key to defeating early bosses, who tend to be bullet resistant. You'll want to take down bosses as quickly as possible to prevent more enemies from flooding in and ruining your day. Headshots are the quickest path to victory.

Re-roll your equipment with Recalibration

Most loot-based RPGs allow for a certain degree of customization, and re-rolling is a good way to facilitate that change. It essentially allows you to keep the same item — with all of its base properties — but alter its statistical properties. The Division isn't just Ubisoft's next game, it's the company's future

To initiate this mechanic in The Division, upgrade the Tech Wing in the main hub. The Recalibration node will allow you to re-spec. Once unlocked, the station will appear right behind the upgrade station. Look for the giant generator.

Before you use the station, think about what type of playstyle you're going for — particularly whether it accommodates group or solo play. Re-rolling will allow you to shift your characters' properties to min-max — to go all-in on a certain stat, at the expense of another. For example, you could funnel stamina into all of your gear and acquire the biggest possible health pool. That's fine if it fits your playstyle, but keep in mind that doing so could cost you mobility and attack power.

Each subsequent re-roll on a piece of gear will result in an increased credit cost, so choose your upgrades carefully. Should you regret your decision, your gear's original statistic will always be available as a fallback option.

This is one of the first things you'll want to unlock after you've gotten a handle on the basics, but it's important to note that you cannot re-roll weapons.

It's easy for new players to miss one of the most essential features of The Division, which is tucked away behind multiple button presses and menus. Modding your weapons can make a seemingly impossible mission beatable.

Here are a few options to think about when modding:

Modding can have an enormous impact on your battlefield effectiveness. Check your options frequently, especially after picking up new gear. 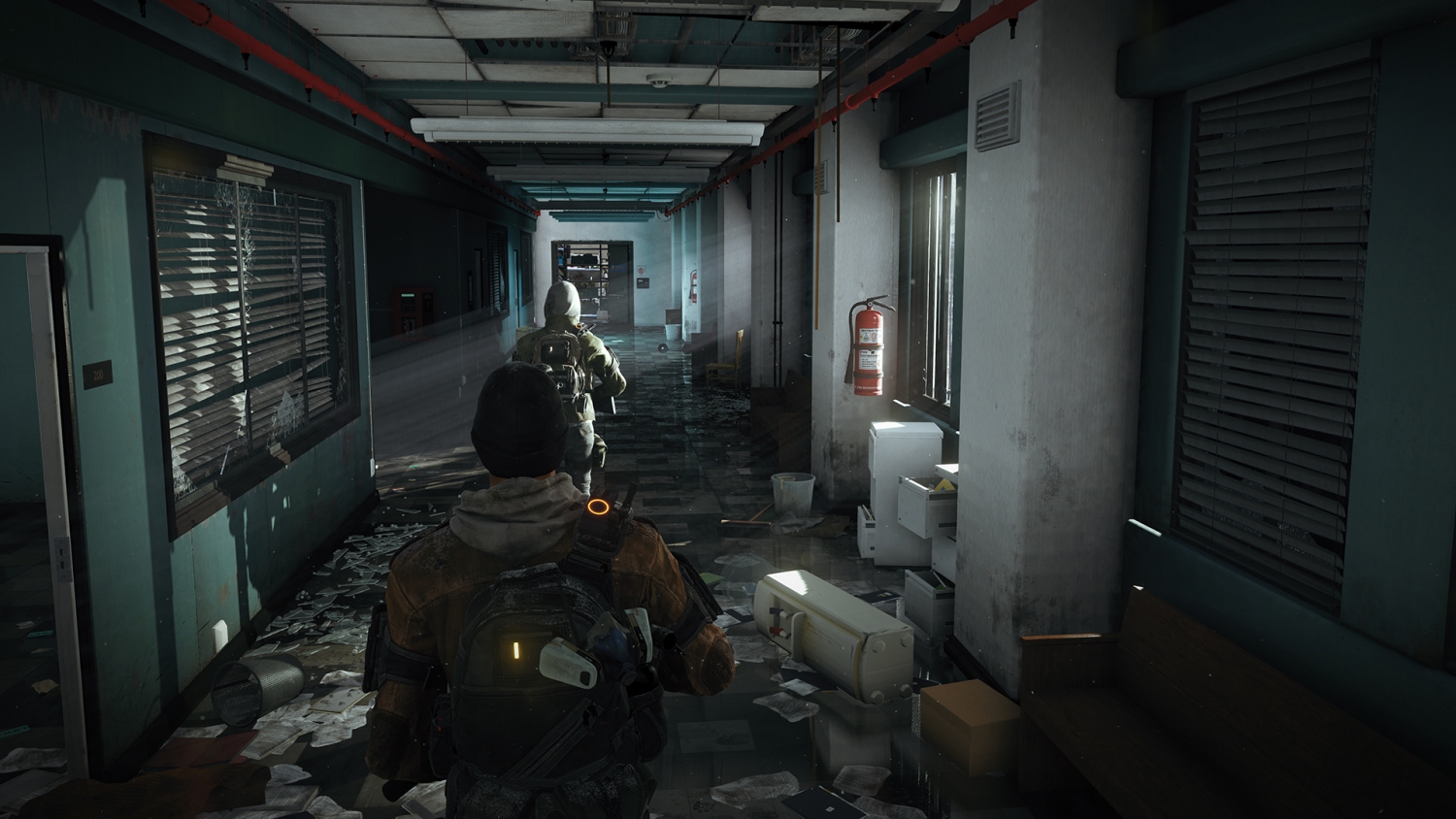 The earliest skills are the best skills

Contrary to a lot of RPGs where the best items are at the end of the leveling process, the initial set of abilities you can unlock in The Division are among the best in the game.

Pulse, which allows you to see where enemies are on-screen and through walls, offers a huge advantage. It's the first power you should unlock. It's the most useful skill you'll have in your arsenal — whether you're in a group or going it alone. You'll use it all the way up to the maximum level of 30.

If you really dig deep into the ability, you'll see that it grants you an increased critical hit chance and increased critical damage. It also lasts a whopping 25 seconds by default, which is usually enough to finish off an impending wave of enemies in any given mission. Having two players with Pulse will net a near 100 percent uptime — meaning the skill will always be in effect. Don't hesitate to use this power every time it's available, as the AI can come from any direction in The Division.

The First Aid skill, located below Pulse, is also a must-have when playing solo early on. Medkits aren't as plentiful in the first hours of the game.

Arts and crafts will save your life

After completing the prologue and unlocking the main hub, crafting will become available. You can access it at the table in the main hall. While it's important to sell items to increase your cash flow early on, around level 10 or so, you should scrap items for crafting materials. 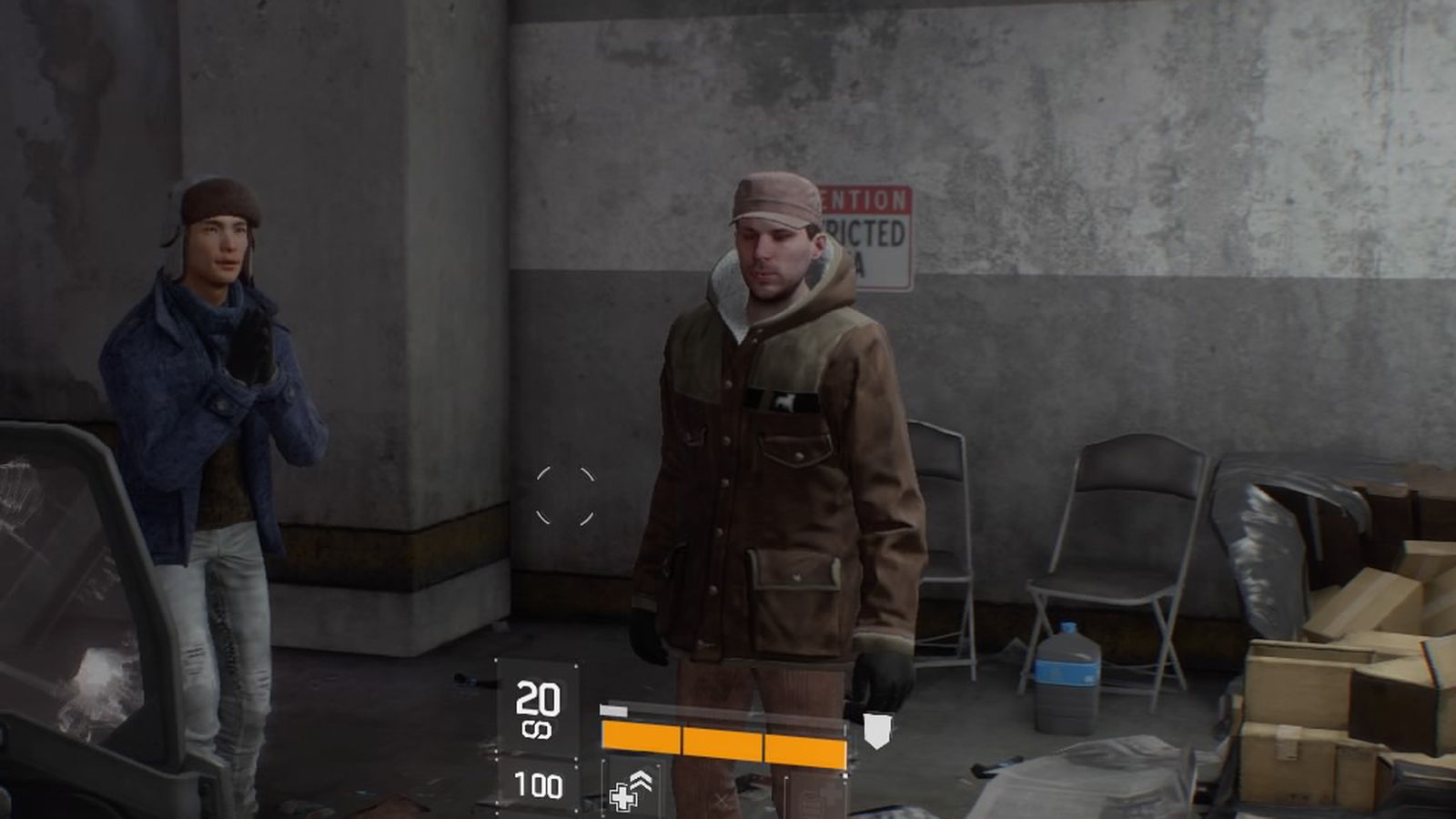 You can also find materials in chests scattered throughout the game, which respawn every couple of hours. If you're big on exploration (and you're not at the beginning of the game), there's no need to scrap anything unless you need that one last ingredient to finish an item.

Alternatively, if you find that certain materials are hard to come by, grab the Scavenger perk through the Procurement Team node in the Security Wing or Craftsman with the Field Engineering node in the Tech Wing. They'll provide you with them periodically. When in doubt, look at your Wing upgrades to see what you need at any given time.

Sometimes, you're not going to get everything you want from a vendor or from loot acquisitions, and crafting can help fill in the blanks as an extra option. It requires a bit more effort however, as you'll need blueprints — picked up from side quests — to unlock new recipes. You can view a mission's rewards before embarking to decide whether or not it has what you're looking for.

Active skills aren't the only thing that can give players the edge in battle. Acquire the Credit upgrade under Counseling in Medical Wing as soon as possible. It will grant you a 10 percent credit bonus every time you find cash in the world. Acquire Experienced Agent through Situation Room in the Security Wing, and you'll get 10 percent experience bonus, too.

Complete the medical and security staff rescue missions first to unlock these options before you do anything else.

Once you've picked up that baseline, the rest is up to you. Form a synergy with the rest of your build, whether that's conducive to a healer, tank (damage soaking), or damage-dealing (DPS) style. Try to avoid situational perks like Shooting Range (which increases suppressed enemy damage and your accuracy when below 20 percent health). Instead, go for permanent increases like Medkits, which immediately increases the amount you can carry. 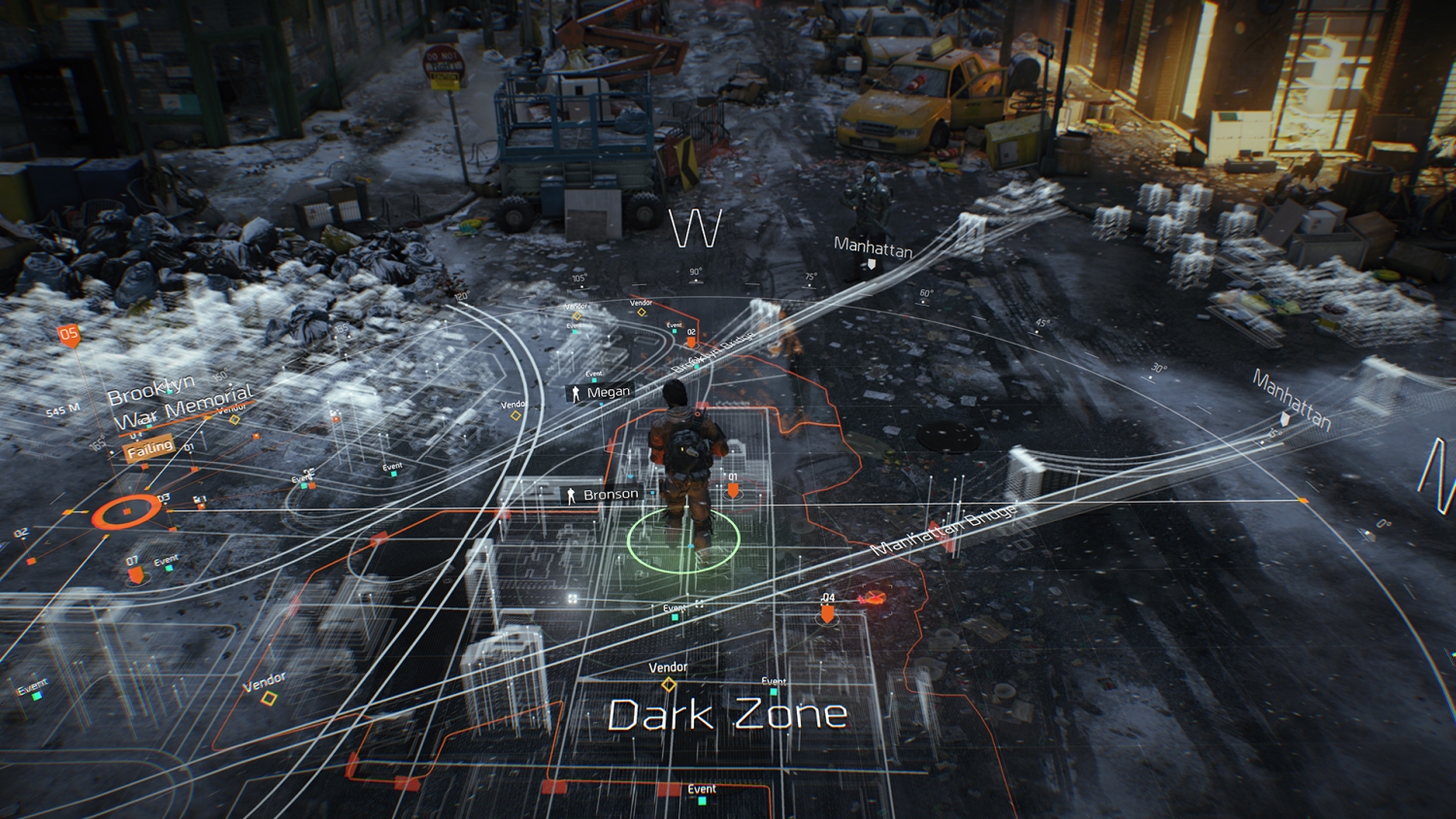 The light at the end of the Dark Zone

Even if you aren't into PvP, check out the Dark Zone section of the map as soon as you're able to. It's a fast track to some of the best loot in the game, and it requires a lot less effort than some of the tougher campaign missions.

Not only can you face neutral NPCs and locate chests, but if you're so inclined, you can flag yourself as a Rogue (signified by a skull icon on your name) by shooting enemy players. Kill them, and you can acquire their loot. You'll want to size up opponents before engaging, though. Never attack players who are in a formidable group. Patience and a keen eye will go far in the Dark Zone, so don't go in guns blazing. 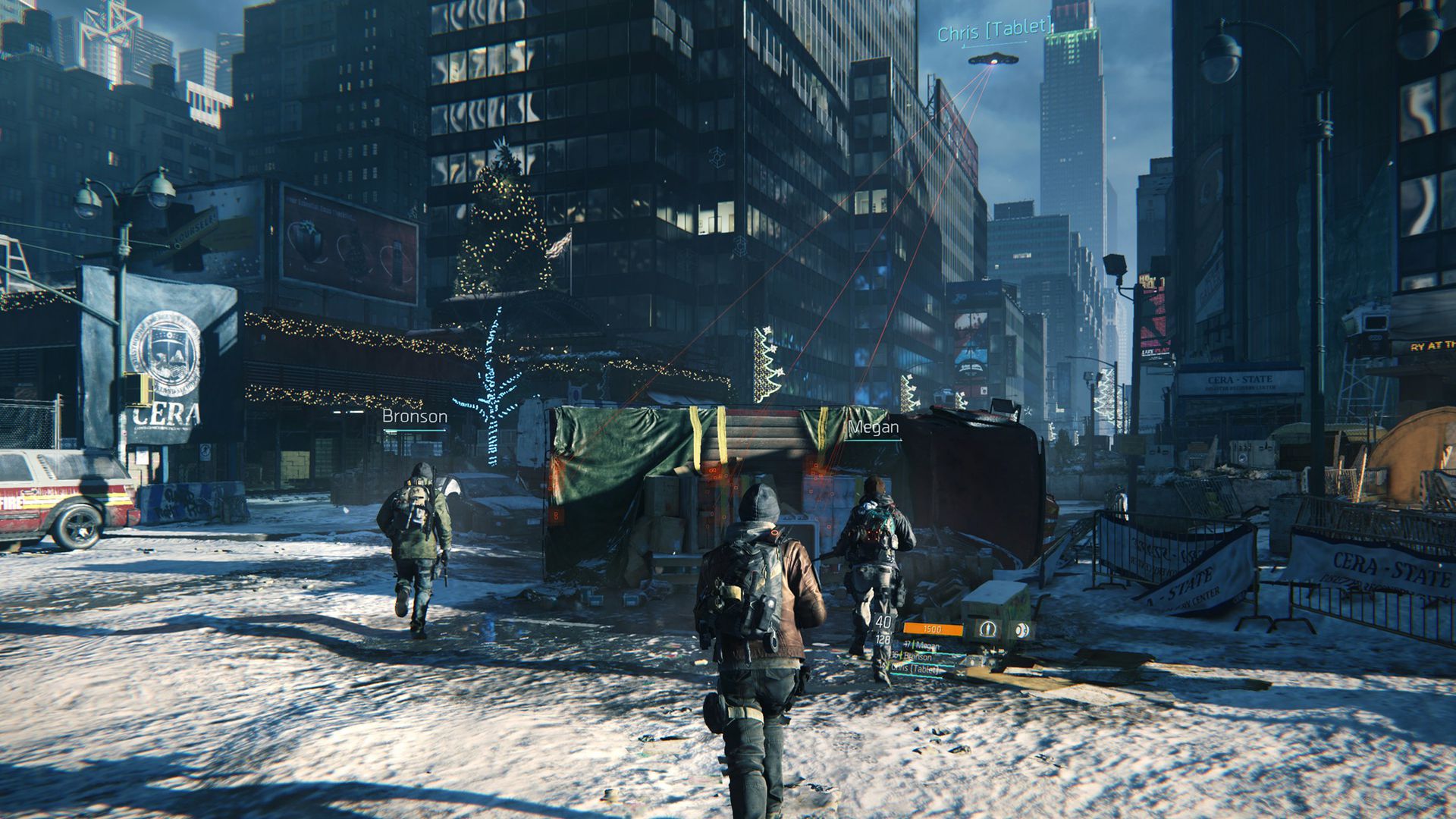 To actually bring the loot back with you, you'll need to initiate an extraction in specified zones, which you can locate on the map. From the moment of initiation, you'll have 90 seconds to survive. Unfortunately, you're also flagged for PvP, and everyone will be gunning for you.

Be smart about the landing zones you choose. Assess each for at least 30 seconds or so before you call in the chopper, to ensure there aren't any foes lurking in the immediate area. Pulse is very handy here.

Odds are that you'll soon be in a fight, so equip a close-range weapon like a shotgun and defensive skills like the Ballistic Shield. Players will often get greedy and rush you, and those will make their charges easy to counter.

If you see a safehouse, go unlock it. There's absolutely no reason to pass one by. Each location will grant you a multitude of bonuses and highlight nearly every point of interest in the surrounding area.

The first thing you'll want to do after opening up each one (by simply entering the location) is head to the notice board. That will update your map with more missions.

Unlocking safehouses also pays dividends in the form of extra fast travel options. Those help cut down on the tedium of travel when you're assigned to a mission halfway across the map. This is especially useful in groups, as you can fast travel to an individual crew member.

Need a group? The 100, a site originally devised as a tool to facilitate Destiny parties, has expanded to The Division. You can also check out DivisionLFG.