Share All sharing options for: Hitman: The Sarajevo Six - The Director walkthrough

Your target, Scott Sarno, is the head of security at the Paris map's venue, and his job entails constant movement. Lucky for you, although it's his job to watch others, it's nobody's job to watch him.

As he checks in on nearly every section of the palace, he'll eventually pass through areas with few witnesses. Those are perfect places for striking silent assassins. 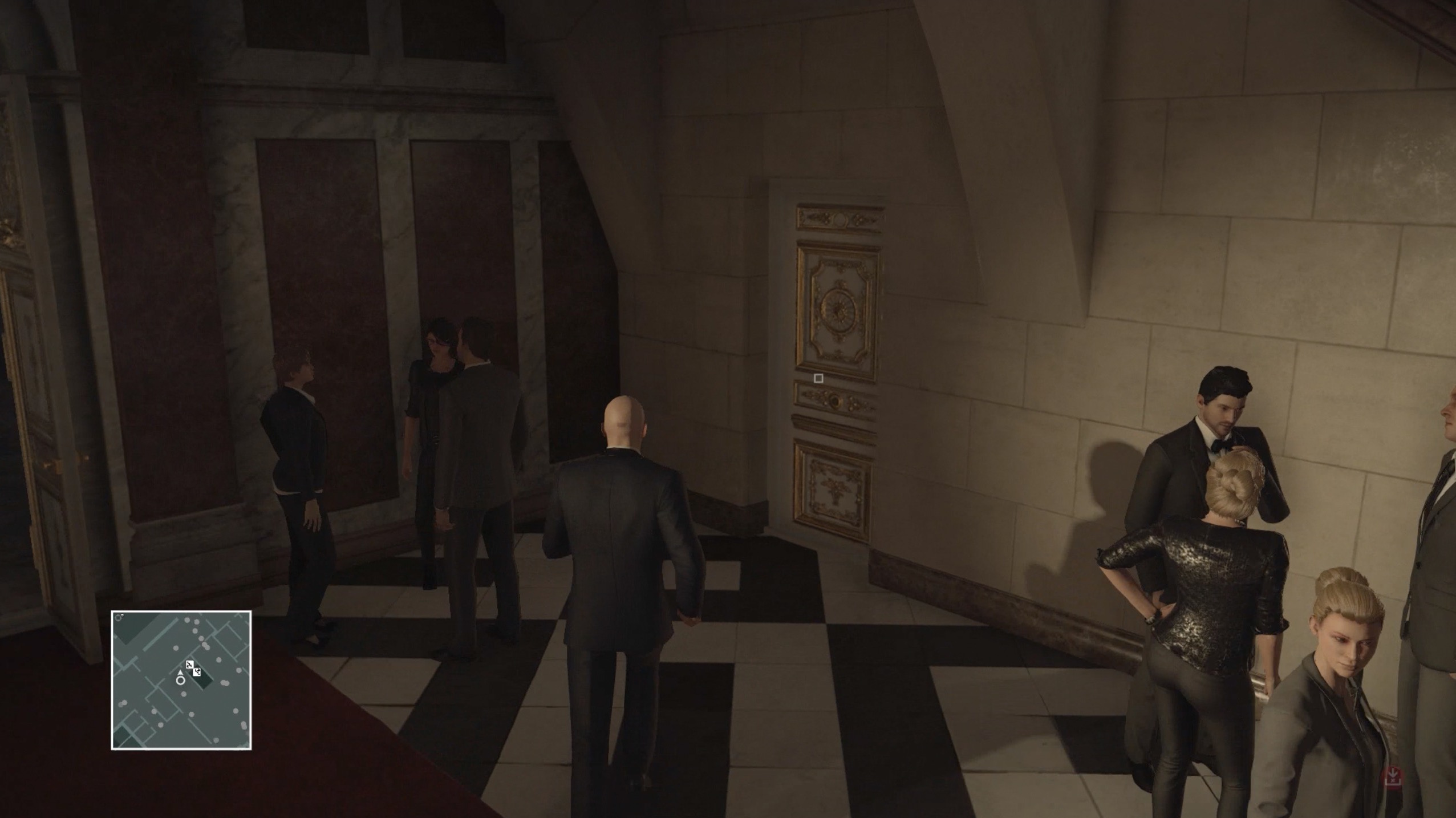 Head to the basement via the door underneath the main stairs. 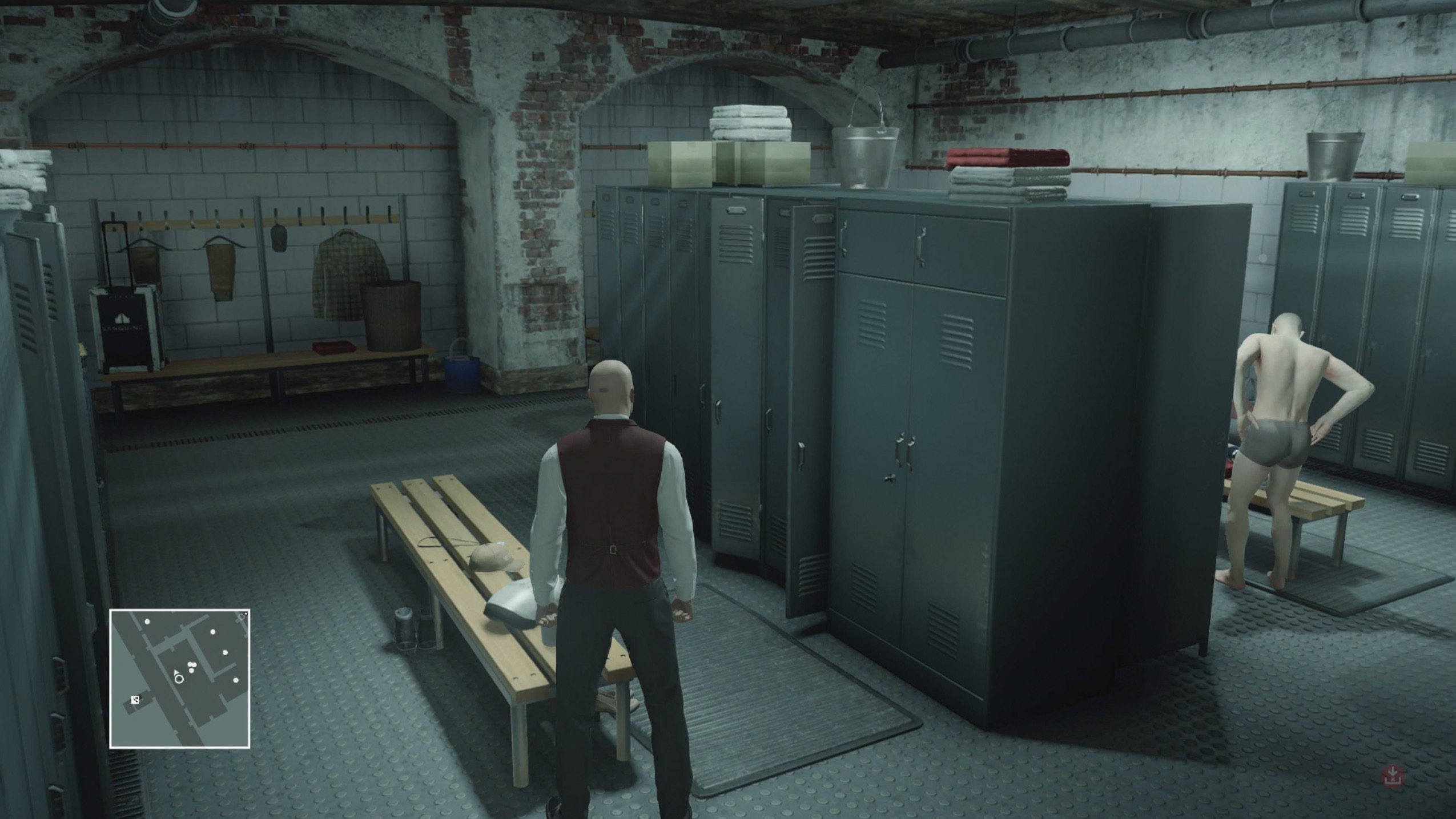 At the lockers, don the waitstaff disguise. 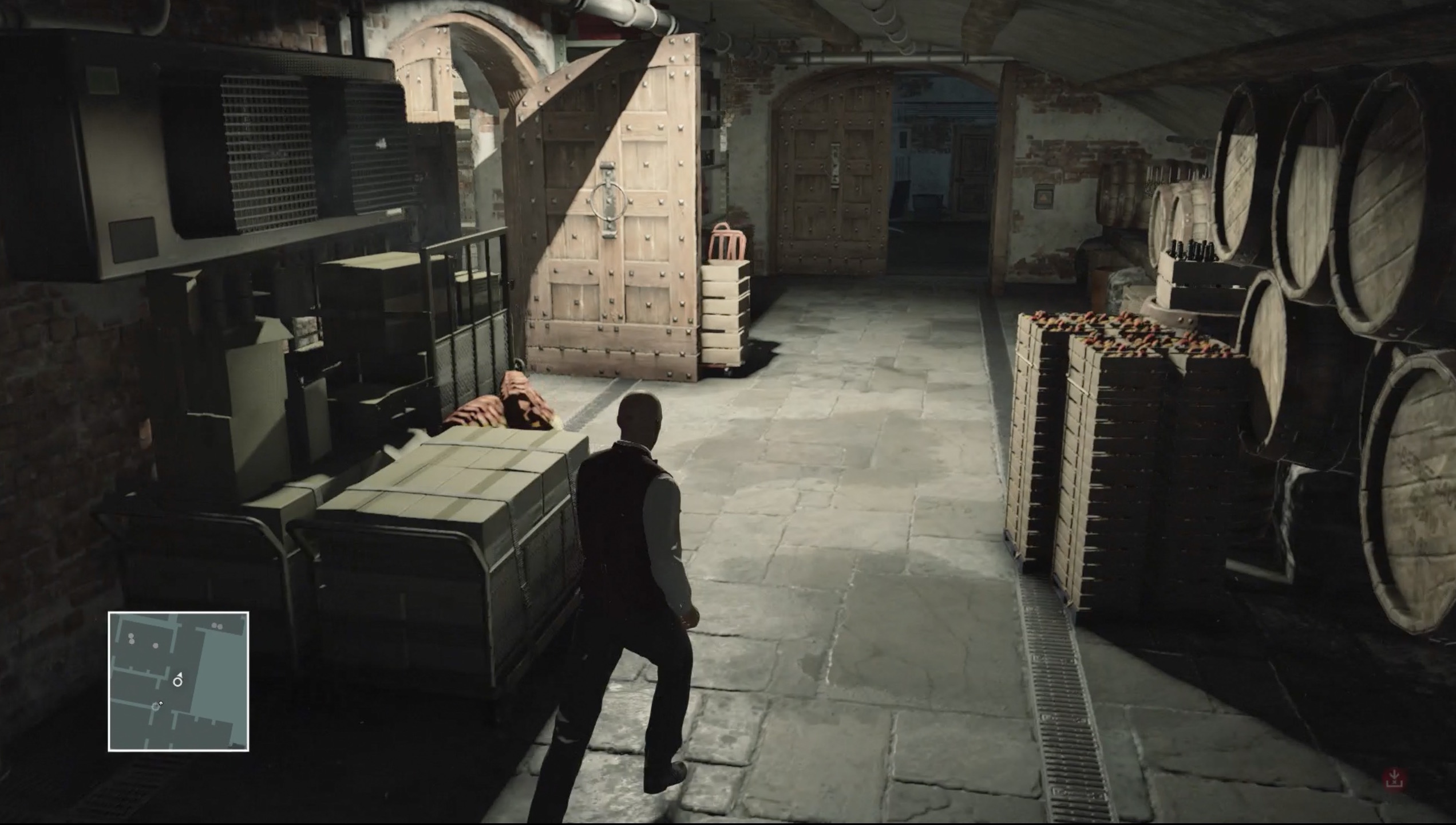 Make your way to the main entrance of the surveillance room (the one with the large doors). Don't walk into the room just yet. You have to deal with a guard first. 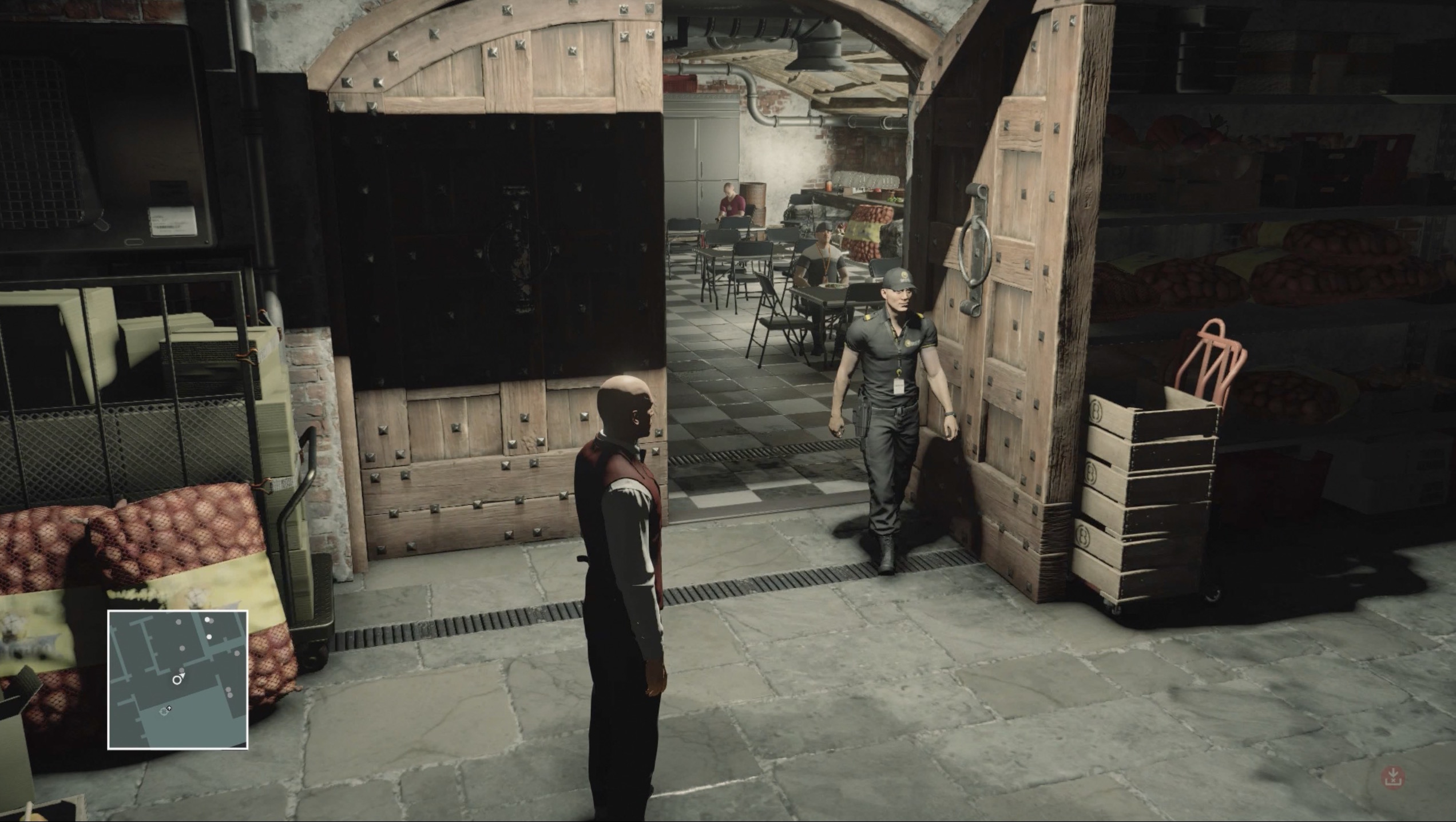 Be sure to hide any gear these guards drop, since passers by will be suspicious of random weapons in hallways. 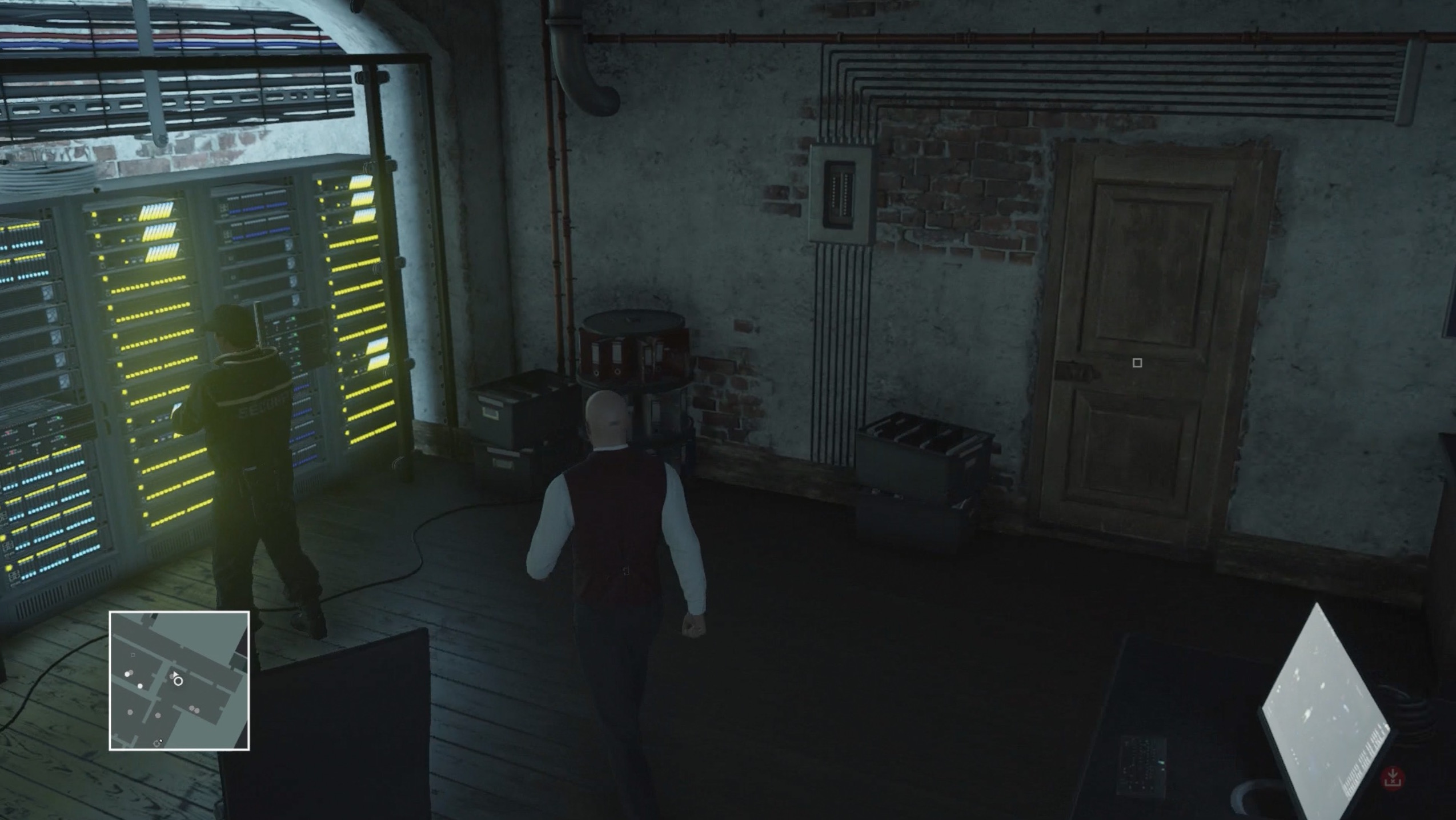 Focus on the technician alternating between his desk and the server wall. Wait until he's facing the server, then subdue him. 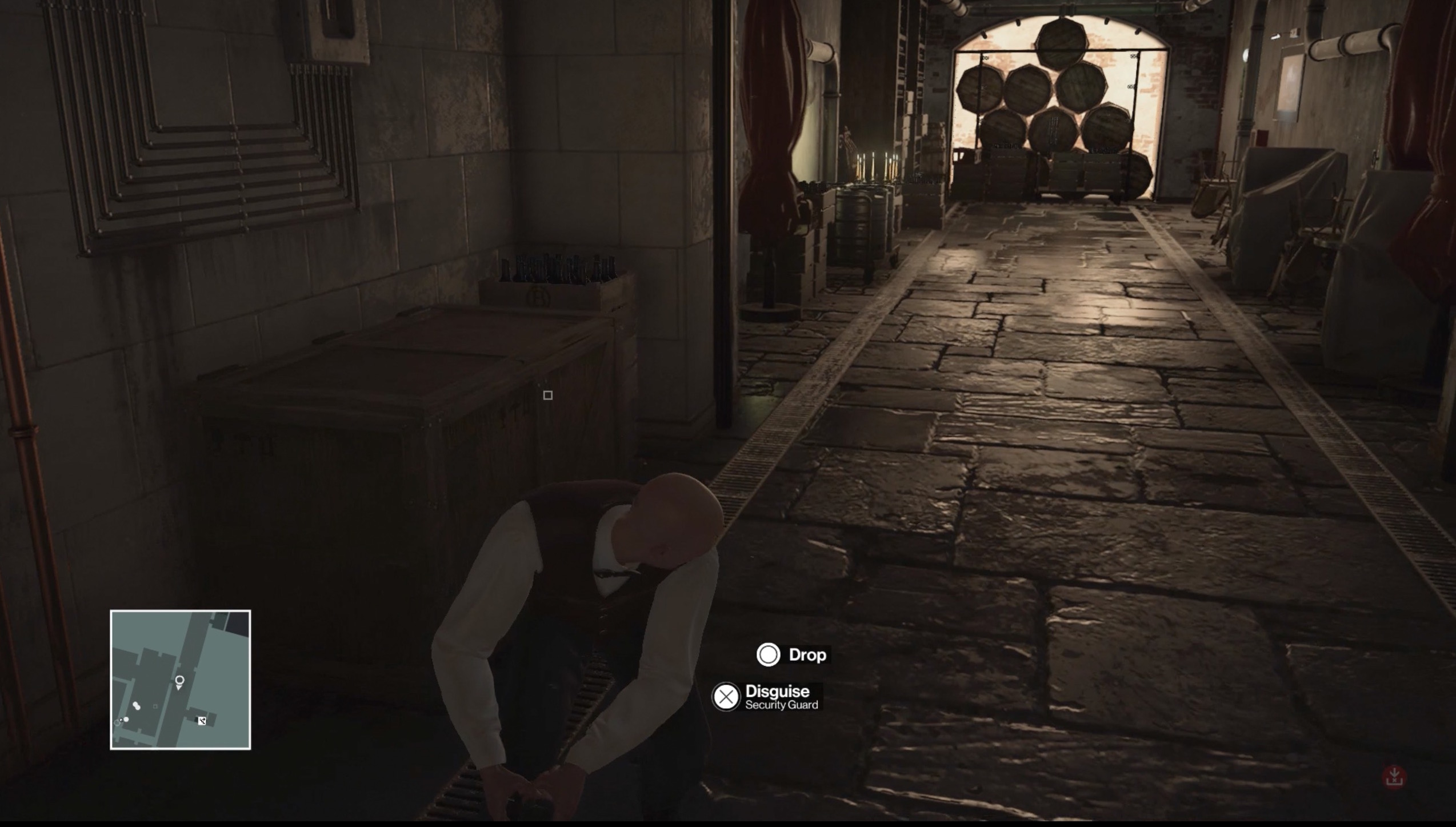 Do not attempt to drag the technician toward the trunk where you stowed the guard. Instead, quietly exit the surveillance room through the doors opposite the entrance. Make sure that no one is walking along the hallway. Drag him down the hallway until you reach the trunk. Dump the body. 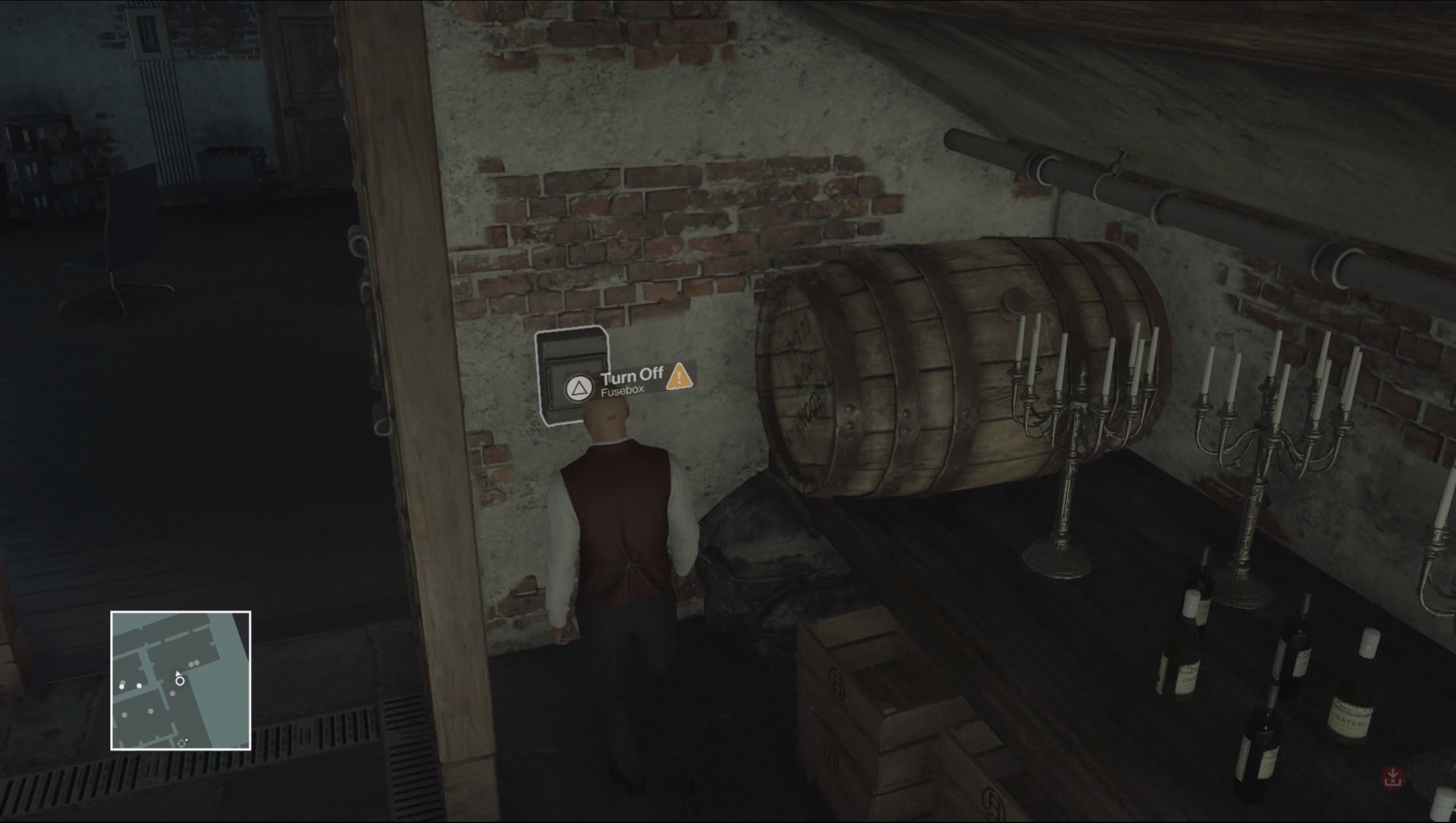 Return to the main entrance to the surveillance room. Blow the fuse to the right of the open door. Both technicians will get up from their stations. Wait for one of them to leave the room. 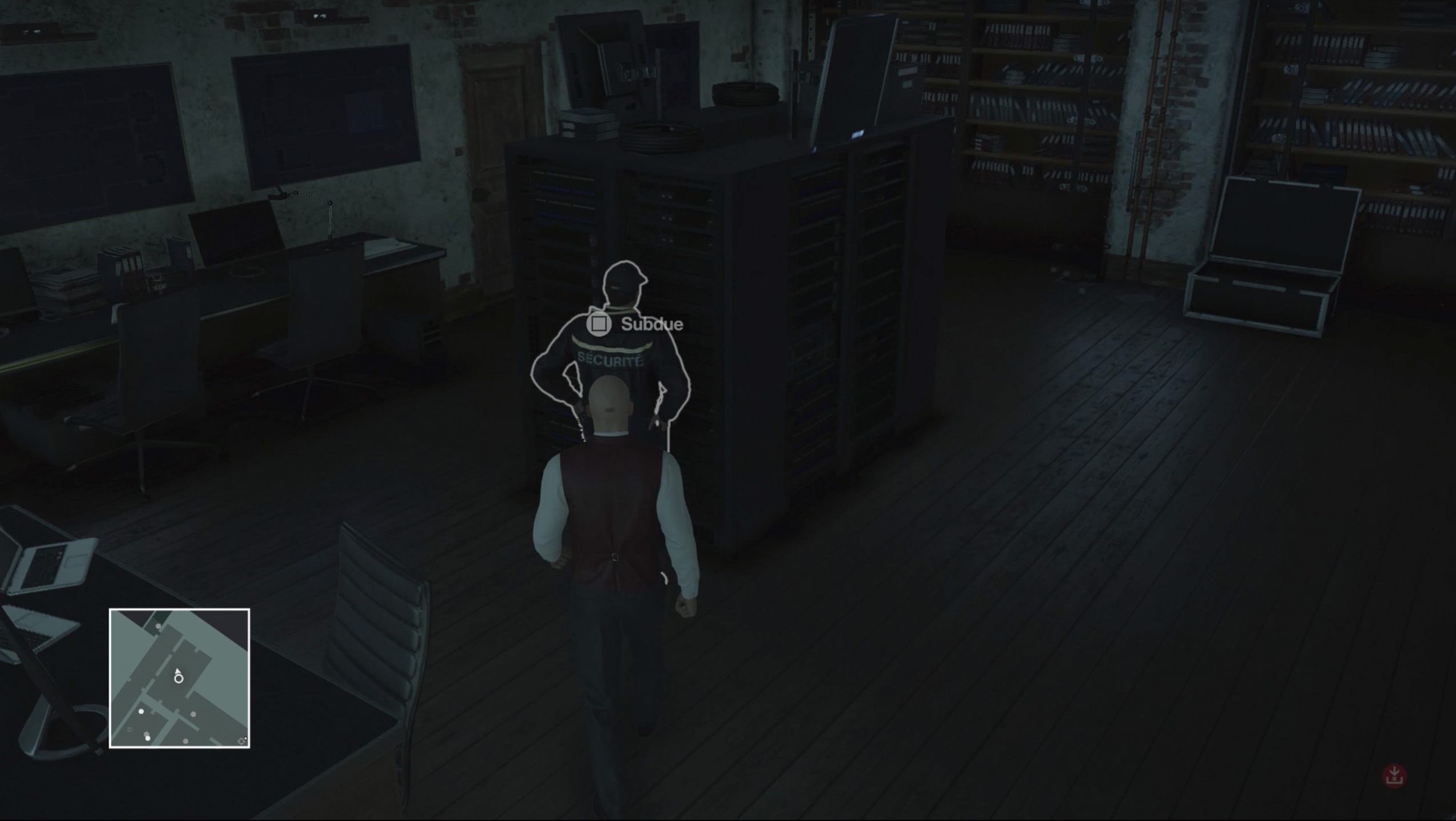 With one technician left, subdue him and drop him into the trunk where you hid the first body. 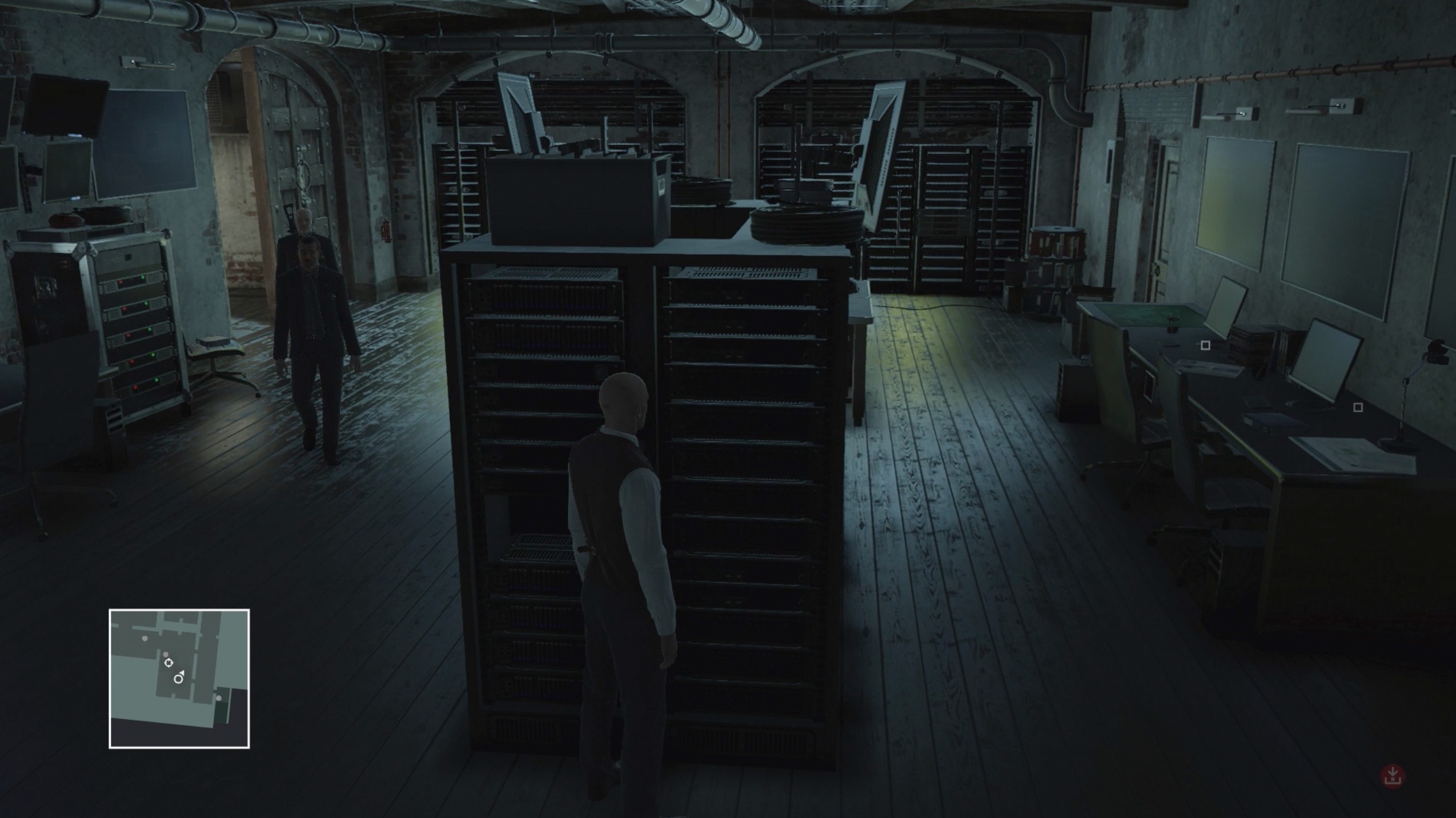 By now, your target should be making his way to the basement. Hide behind the server tower as he looks over the surveillance room. Wait for your target's bodyguard to leave. Eliminate your target.

There's no need to hide his body since no one will discover it before you exit the venue. 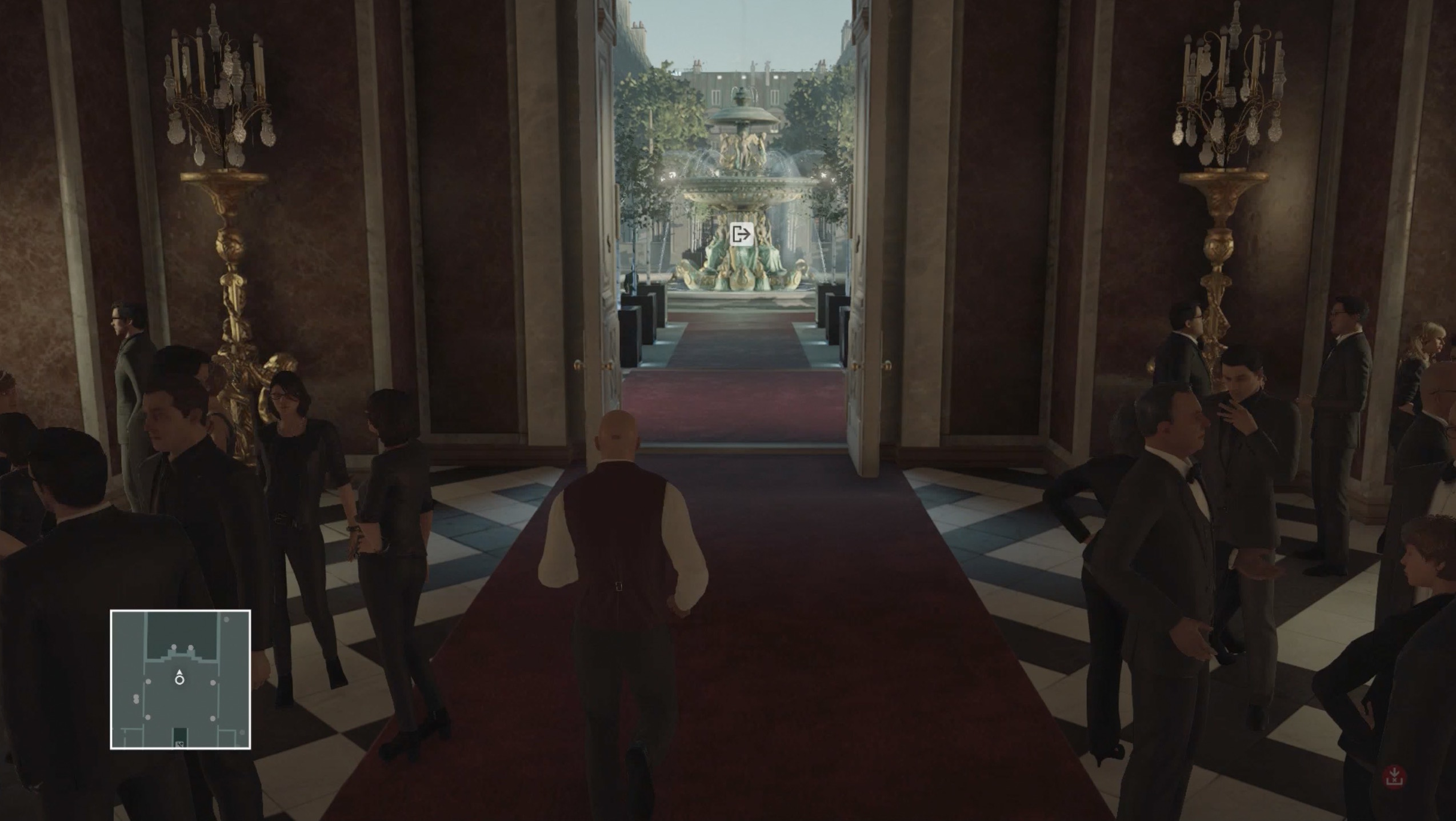 Leave the venue from the front entrance to complete the mission.