Nixon official: If only we'd had time travel.

Share All sharing options for: The war on drugs failed to stop last night’s episode of The Flash

Have a seat, kids.

And, let's be crystal clear about this last one: If you ever ask your boss out for coffee to discuss a work conflict, and if your boss then mistakenly thinks that you've asked them out on a date ... you must absolutely be sure that you are the one to apologize for making them feel awkward about that. 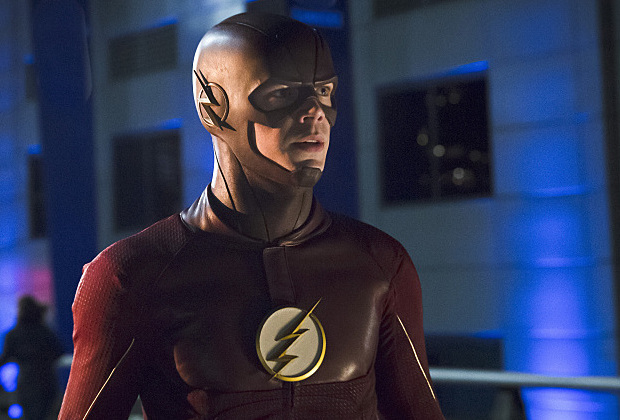 Last night's episode of CW's The Flash opened with the STAR Labs team out at a cavernous gorge on a training exercise. Barry Allen (Grant Gustin) is trying like the dickens to leap said gorge, only to fall dangerously short. As a way to break the tension, and release the team from the break-neck pace of training and research they've been keeping, Cisco Ramon (Carlos Valdes) recommends that they take a field trip to a dance club.

At the club we learn a few things. First, Cisco dances like an idiot. Second, Iris West (Candice Patton) is definitely weirded out that on Earth 2 her doppelganger is probably having sex with Allen's doppelganger. Third, there's another speedster on the loose.

We know this because someone who looks an awful lot like the Flash breaks into the club, empties the registers and robs several hundred patrons blind. And it all happens while Allen is standing right there.

Worse still, Allen can't seem to match their speed. The unknown speedster kicks it into fifth gear, and they're gone.

Yes, even after all the portals have been closed there's still another person left in Central City that can run faster than the Flash. 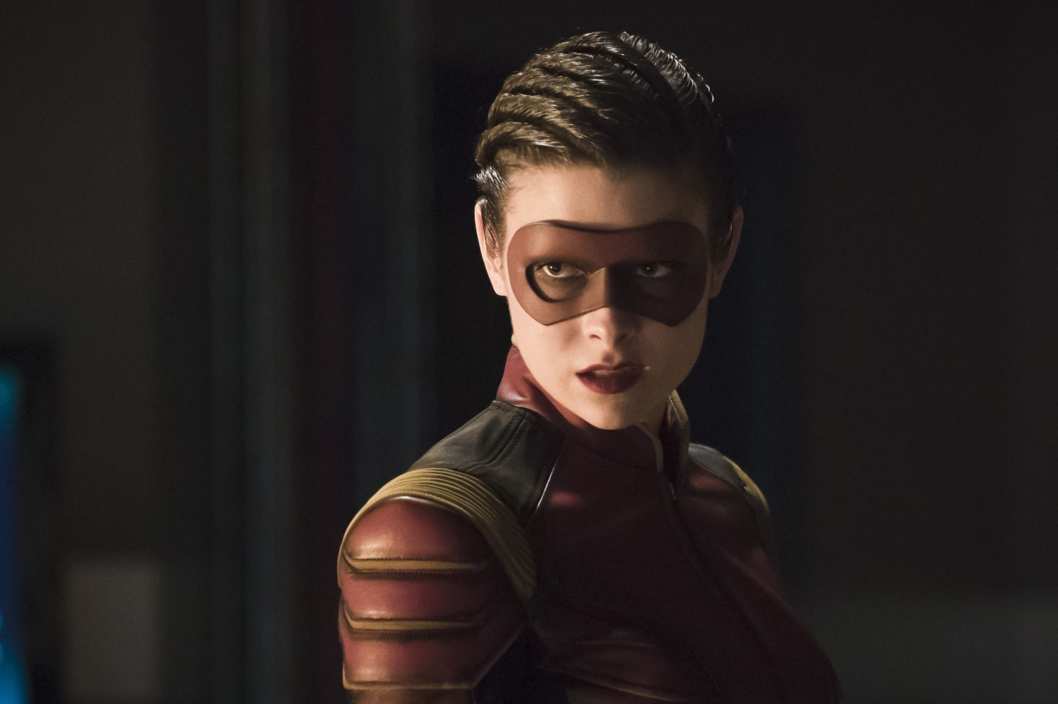 While Wally West (Keiynan Lonsdale) is conspicuously off camera during all of this, it turns out the unknown speedster is actually an old friend of Caitlin Snow (Danielle Panabaker). She's a scientist named Eliza Harmon (Allison Paige), a.k.a. Trajectory. It seems that Snow called on Harmon to help her sequence Velocity 9 for the late Jay Garrick (Teddy Sears). Harmon reverse-engineered the formula, and since then has been hopped up on speed juice.

Trouble is, it's causing her to slowly lose her mind. Trajectory isn't just an alter ego, it's another Gollum-like personality which she struggles against throughout the episode.

Meanwhile, Iris West's boss Scott Evans (Tone Bell, Truth Be Told) wants a hit piece on Flash post haste. He has a hunch that the mysterious speedster is actually Flash in disguise and won't rest until West has the salacious story on his desk. West tries again and again to stall Evans, but after he publicly confronts her in the office she asks for a private meeting to discuss the issue over coffee.

For West this is an important meeting with her superior about editorial policy. But for Evans it's ... a date? 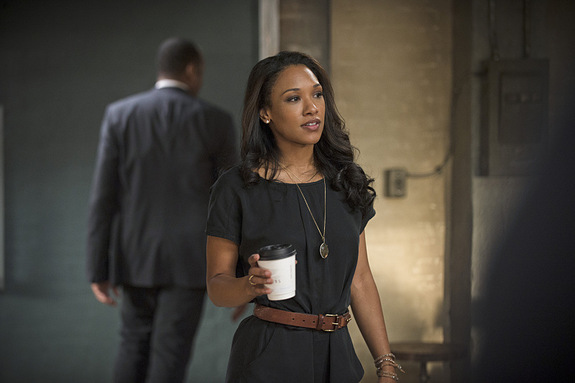 In what may be one of the strangest, most tone-deaf storylines of any episode this season the writers actually found a way to wave off what would otherwise be extremely creepy as merely cute. Evans gets all embarrassed, and by the end of the episode West makes it clear it was all her fault for "misreading" the signs and yes, of course she'd like to date him in the future.

Anyway, Allen has another episode of his now patented inadequacy/depression. In order to catch Trajectory he makes off with the last remaining sample of Velocity 9. But Harrison Wells (Tom Cavanagh) catches on and confronts him.

"Yeah, I took it," Allen says, the vial still hot in his hand. "But I haven’t taken it yet. … If the game is already rigged, why can’t I level the playing field? If everyone else is cheating, then why can't I?"

"You lose a chunk of your humanity every time you compromise your values," Wells says. "Don't be like me. Be better. Be like Jay Garrick."

Allen's monologue comes off as a little bit too on-the-nose with regard to actual performance enhancing drug use, and Wells' retort just ... doesn't make any sense at all.

Jay took Velocity 9 all the time, didn't he? And the audience knows he's Zoom now, the evil menace bent on killing the Flash. But whatever. 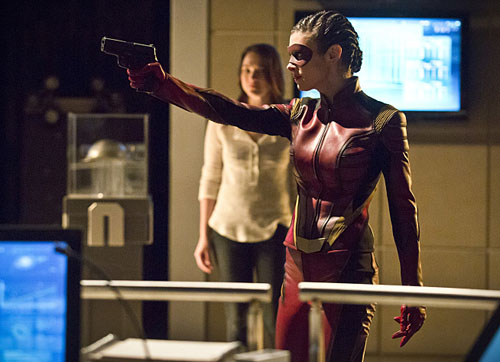 Allen smashes the vial and walks away from drugs seemingly forever. Later, it's that same drug addiction theme that will be Trajectory's undoing. Allen has another flash of his patented speed-boosting confidence and finally catches up with her, tosses her off a bridge and into a power transformer, knocking her out. As she wakes up she takes the last vial of Velocity 9 and injects herself. She runs faster than any speedster the STAR Labs team has ever seen ... and promptly disintegrates.

Her cells completely break down, turn blue and evaporate leaving nothing but a steaming red suit. A waste of a really good bit of costuming, if you ask me.

In the episode's conclusion, Cisco finally reveals that he's been Vibe-ing at STAR Labs whenever he gets near Garrick's old helmet. So Allen hands it to him, and to everyone's surprise (excluding the audience) he Vibes that Zoom is actually Jay Garrick. In his timeline Snow wasn't able to cure him, and he's killing speedsters one by one in order to prolong his own life.

In the episode's coda Jesse Wells (Violett Beane) runs away. She gets on a bus to Opal City, no longer willing to be under her father's thumb. We'll have to wait until next week to see if that storyline gets picked up, or if she's gone the way of Patty Spivot and into next season somewhere.