The best tabletop RPGs of 2015, finalists from Board Game Geek

Share All sharing options for: The best tabletop RPGs of 2015, finalists from Board Game Geek

The members of BoardGameGeek.com, the go-to source for tabletop gaming community and information, announced the winners of their annual Golden Geek Awards over the weekend. The Golden Geeks are voted on by registered members of the BGG community, and they extend to board games as well as tabletop roleplaying games.

It's fairly difficult for a pen-and-paper roleplaying game to break into the upper echelon, long dominated by Dungeons & Dragons. But the rich, thematic experiences of the indie RPG scene are excellent fodder for gaming groups looking to get out of a rut.

It's also a great place for video game developers to find inspiration and, perhaps, a good storytelling partner.

Here's the scoop on all of BGG's nominees for this year's tabletop RPG of the year. You can read up on the winners here. 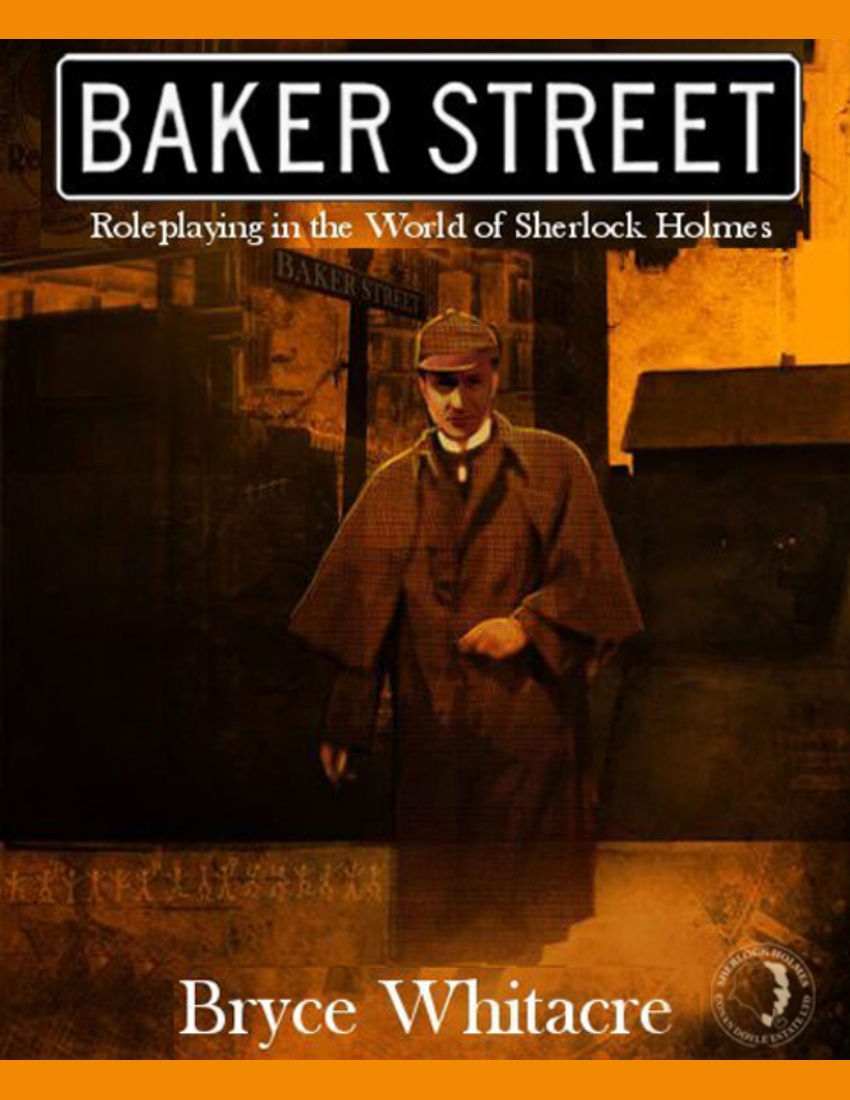 Baker Street: Roleplaying in the world of Sherlock Holmes

Initially launched as a Kickstarter project in 2014, indie publisher Fearlight Games raised more than $30,000 to create Baker Street: Roleplaying in the world of Sherlock Holmes. The Victorian-era RPG gives players the key to flat number 221B, and has them solving cases for Dr. Watson himself.

The game, produced with the blessing of the estate of author Arthur Conan Doyle, is steeped in the lore of the classic short stories, but takes place after the presumed death of Sherlock Holmes. It's available as a print-and-play download through DriveThruRPG. 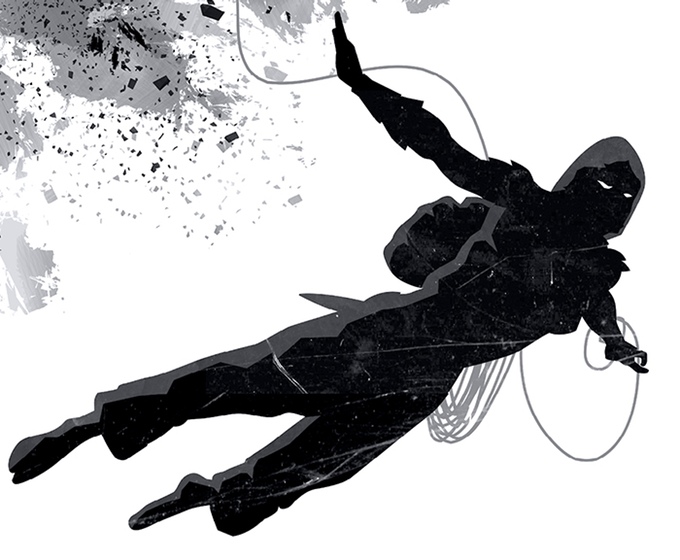 Blades in the Dark

A high-concept RPG from tabletop designer John Harper, Blades in the Dark raised nearly $180,000 in crowdfunding last year and was selected as a Kickstarter Staff Pick.

From the original campaign description:

The streets of Duskwall are haunted. By vengeful ghosts and cruel demons. By the masked spirit wardens and their lightning-hooks. By sharp-eyed inspectors and their gossiping crows. By the alluring hawkers of vice and pleasure. By thieves and killers and scoundrels like you — the Blades in the Dark.

The noble elite grow ever richer from the profits of their leviathan-hunting fleets and electroplasm refineries. The Bluecoats of the constabulary crack skulls and line their pockets with graft. The powerful crime syndicates leech coin from every business, brothel, drug den, and gambling house. And then there's your crew of scoundrels: all the way down at the bottom rung. Can you make it to the top? What are you willing to do to get there? There's only one way to find out.

Blades in the Dark was the winner of this year's Golden Geek Award for RPG of the year, and is in early access right now.

From designer Monte Cook, The Cypher System is the same ruleset that drives the award-winning Numenera line of RPGs. The general purpose rulebook allows players to extend that ruleset into whatever era they like.

From the website: "Victorian horror? High fantasy? Espionage? Galaxy-spanning space opera? ... Start a new campaign set in a fantasy land of elves and fae creatures, a science fiction setting spanning the galaxy, or a modern slasher horror game — or add scads of new options to your Numenera or The Strange campaign. The Cypher System Rulebook gives you everything you need to run the game you want to play." 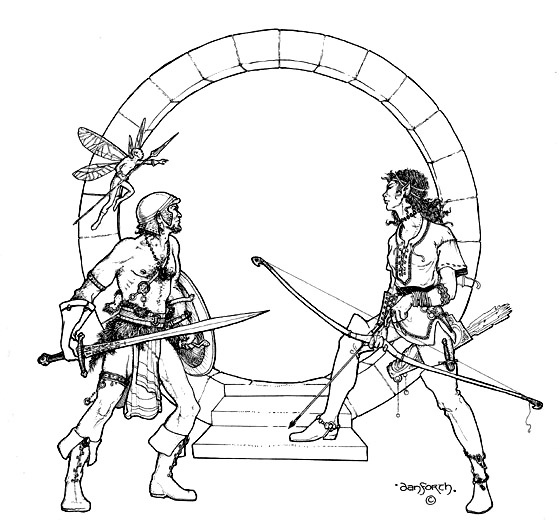 First published in 1975, the Tunnels & Trolls series is a contemporary of Dungeons & Dragons and shares what initially feels like many common themes. Deluxe Tunnels & Trolls is a refreshed version of the original game, and features more lore and maps about the Trollworld where the game takes place.

The Tunnels & Trolls system, however, is well-known for encouraging creativity among its players and the system can be applied to many home-brew themes and campaigns. 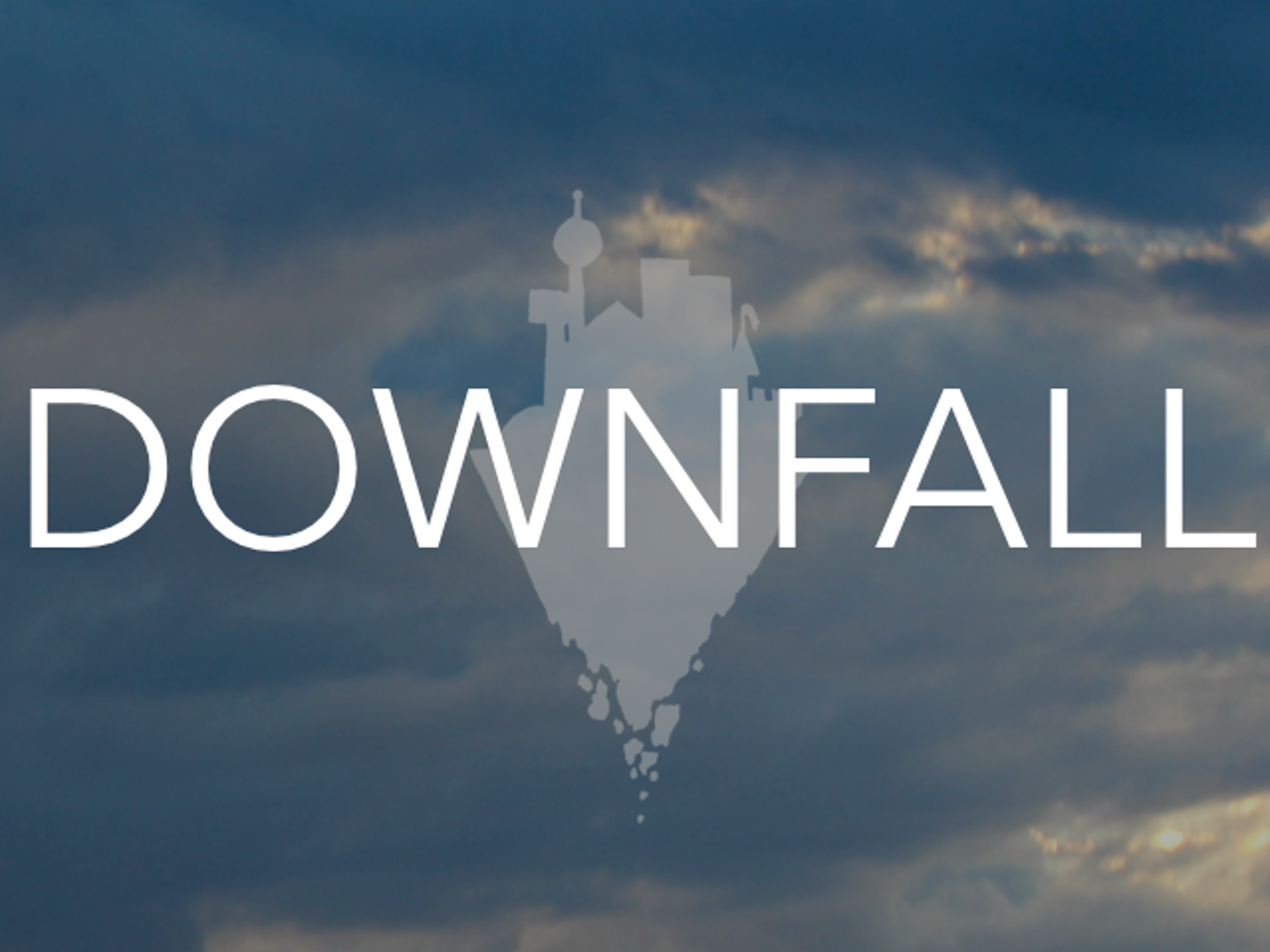 Caroline Hobbs' latest RPG is an apocalyptic story game that centers on the creation of collaborative fiction.

Groups of up to 3 players work over 2-4 hours to create a world together. They also create a main character who will have a personal, tragic journey which mirrors that of their world.

From the Kickstarter campaign:

We role-play to explore the collapse of the world, witnessing and shaping the destruction of our home through our characters.

Downfall features phrase-based escalation in the style of games like Archipelago and Polaris, and one of my favorite things about the game is how smooth it is to go from narrating an intimate scene to executing bold actions and sweeping changes.

Play continues until the characters' home has met its downfall. Sometimes when the game ends you mourn the destruction of the world, but more often it's bittersweet—you see how broken the world was and feel that it was better for it to have burned. Sure, it was awful for the characters, but it made a great story. 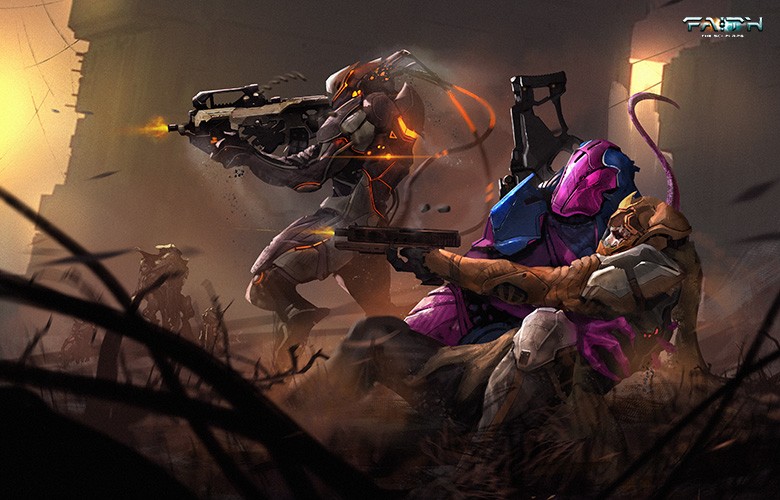 Faith is an amalgam of tabletop RPGs, board games and living card games. The core set includes everything you need to play in its unique science fiction universe. That includes information on all the major races, a collection of cardboard chits and all the required cards.

The system seems pretty clever in that it plays like a standard pen-and-paper RPG, but without the pen and paper. The best way to explain it is with the excellent introductory video from developer and publisher Burning Games.

The game system is also available in Spanish.

Another collaborative storytelling game the centerpiece of which is a handmade, silk-screened, five-foot-long scroll. It's also one of the few games on the list that's suitable for kids, and plays well with ages eight and up.

Atlas Games' Feng Shui 2 is an "action movie roleplaying game" that puts players in the role of martial artists in an epic war that spans space and time.

From the product page:

This conflict rages between four key time periods, confronting sinister eunuch magicians of the past, imperialist oppressors of the colonial era, secretive conspirators of the present, and cyborg rebels–turned-tyrants whose excesses collapsed the future. ...

Leap off buildings, sword-fight across treetops, pry artifacts from deathtrap-laden temples, have running gun-battles through the Underworld in a desperate race to keep history itself from being rewritten. Discover your sworn enemy is your long-lost sister, swear vengeance for the fallen noodle-boy caught in the crossfire, kill a lot of kill-worthy dudes to both save the world and earn one more bounty so you can buy that nightclub singer some new corneas. 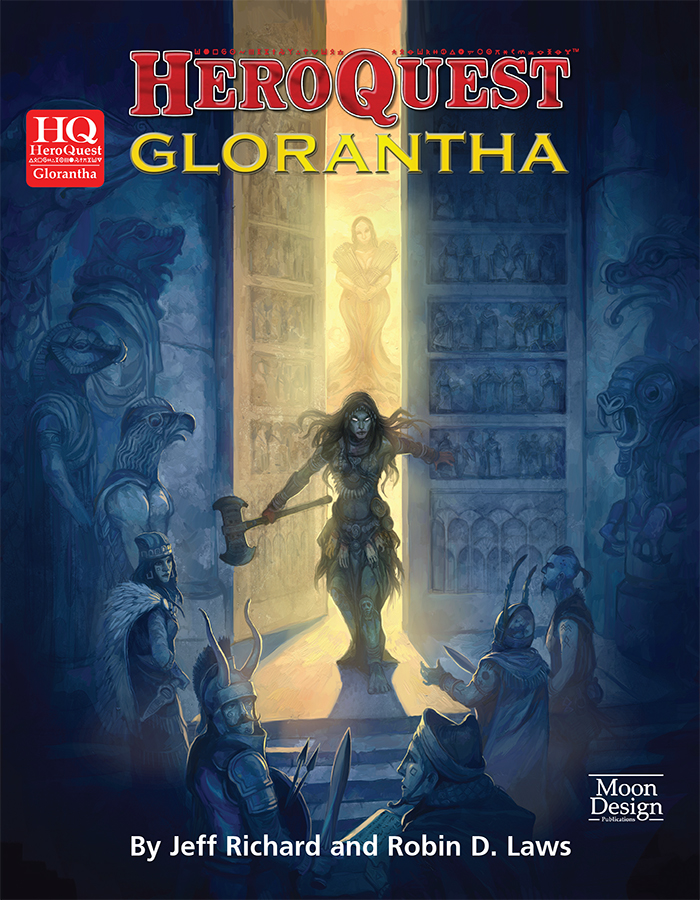 Glorantha is in many ways similar to our own world, but exists in a magical universe where the laws of physics are subordinate to the whims of the gods and spirits. To understand Glorantha, you must leave our mundane world and enter the world of myth. The Sun is a living god, and not a nearby star. Countless gods exist, some even more powerful than the Sun, and all have the power to directly affect humanity. Rulers and leaders use magical rather than technological means to achieve their ends, and even the humblest of persons will cross the paths of the gods and spirits.

The Lone Wolf series of choose-your-own-adventure books was a staple of my young adult reading regimen. As a member of the Kai Lords, players will race through Joe Dever's original world with "simple and effective" rules.

The game is characterized, as were the books, with an expanding ruleset that grows more complex as your character arc progresses.

This H.P. Lovecraft-inspired storytelling game is played without a game master. There's no website for the game, but you can download a draft of it here.

From the campaign page:

In each scene, one of you will take on the role of Narrator and reveal a single clue to the nature of the true horror that the Witness faces. After the scene, everyone writes down their theories about what is really going on, leaping wildly to conclusions based on what has happened so far, and then using those ideas to inform their contributions to the game. The result is a GMless mystery, but with all the coherence you get from having a GM.

The end of the game is a fixed sequence of events: a rapidly spiralling Journey into Darkness where everyone contributes to build a sense of foreboding and tension; a climactic Final Horror in which the true nature of the horror is finally revealed; and an Epilogue where the terrible consequences of these events are spelled out.

Every game is different. Sometimes the horror is a monster, or a sleeping god, or sometimes it's an unpleasant revelation. The game provides a set of cards which allow you to introduce different thematic elements (such as a cult) and break the normal game rules with them (the cult attacks the Witness!) 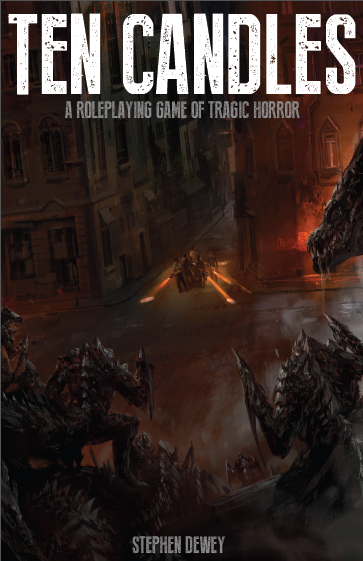 Ten Candles is a custom made for "one-shot" games, or single-session games that take place outside of a regularly scheduled RPG session. The horror game seems like it would be perfect introduction for players unfamiliar with the tabletop genre, and especially well suited to a thematic Halloween party.

In Ten Candles there are no survivors. In the final scene of the game, all of the characters will die. In this, Ten Candles is not a game about "winning" or beating the monsters. Instead, it is a game about what happens in the dark, and about those who try to survive within it. It is a game about being pushed to the brink of madness and despair, searching for hope in a hopeless world, and trying to do something meaningful with your final few hours left.

Ten Candles may be played with any number of players and one gamemaster. It takes between 2-3 hours for an average session. While there are some components that need to be gathered to run a game (such as ten tea light candles), the game requires no addition preparation by the gamemaster.

What sets Urban Shadows apart, its makers say, is the "simple, interactive and short" character creation system. It's so concise they claim that players can easily create characters and begin their first session on the same night.

From the game description:

Urban Shadows features a unique "corruption" mechanic, which helps track your character’s descent into darkness. When you take a life, give in to your monstrous nature, or cross a line you shouldn’t, you mark corruption. As you gain corruption, you will unlock new and very potent powers that allow your character to get what they want. The dark side of your nature bears productive fruit. ...

The stories we tell in Urban Shadows are set in cities, often large ones, and every metropolis has a unique set of cultures, ethnicities, and communities that create a rich tapestry of interactions between people. We’ve chosen to embrace this theme, so part of creating your character includes choosing their Look: how the world sees them. How do they dress? What race are they? Are they perceived as female, ambiguous, transgressing, etc.? These elements don’t have mechanical implications for your character, but they define how the city sees them and the kinds of stories you’re choosing to tell. 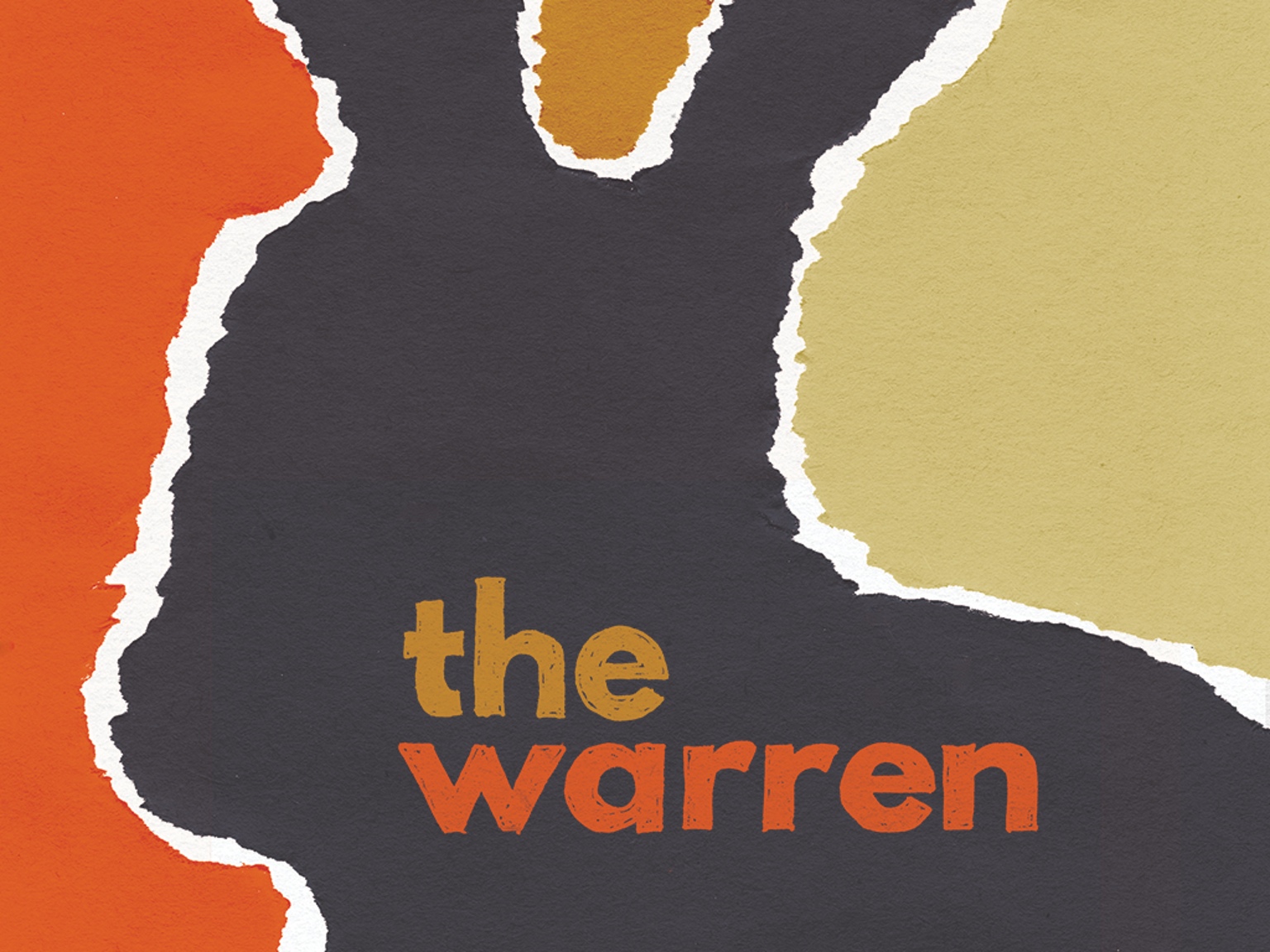 Published by Bully Pulpit Games, publishers of Fiasco and Grey Ranks, is a tabletop game about "intelligent rabbits trying to make the best of a world willed with hazards, predators and, worst of all, other rabbits."

They say the game takes its inspiration from "classic rabbit tales" like Watership Down, Fifteen Rabbits and Peter Rabbit. Like Urban Shadows, it also uses a version of Vincent Baker’s Apocalypse World system.