There's a scene in Whiskey Tango Foxtrot where an ex-marine tells Tina Fey's character that all you can do in life is, "embrace the suck and move forward." It's the same advice that should be given to anyone who willingly wants to go out and watch this movie in theaters.

Whiskey Tango Foxtrot exists in a state of emotional and narrative limbo. Things happen in the movie and character development is attempted, but there's never a moment where you feel especially connected to anything or anyone. It's an underwhelming, slightly cliched take on the unhappy, single woman breaking free from her 9-5 desk job in search for a more meaningful life trope that's carried out through countless other movies.

The movie desperately wants to feel as important as its subject matter, but the handling of serious topics with random interjection of comedy feels messy and erroneous. For a movie that's been marketed as a comedy, I can honestly say that I didn't laugh once. I didn't even chuckle.

Whiskey Tango Foxtrot is a film that never quite figures out what it wants to be, and in trying to be a little bit of everything, becomes nothing of interest.

Based on foreign war correspondent Kim Barker's memoir, The Taliban Shuffle: Strange Days in Afghanistan and Pakistan, Whiskey Tango Foxtrot follows a nightly news associate producer, played by Fey, as she packs up her life and heads to Kabul to cover the war in Afghanistan. It's not until her first embed with one of the marine units that she discovers the attraction to war reporting: the adrenaline fueled, cocaine-like high that comes from being thrust into an extremely risky situation.

Just like that, she's hooked. Barker starts taking on more dangerous pieces, acclimatizing to the world around her and learning where to venture out to get the best story. Even more important to her personal development, she learns to let loose and enjoy the friendship she's built with other thrill seeking journalists who all live in a alcohol-sustained, drug-laced house that's more akin to a night club than professional living quarters.

The meek Barker that quietly typed away in her New York City office cubicle has been killed, and in her place, this stronger, more ambitious version has risen out of the ashes.

While even the way this transition plays out on screen is problematic — it often times feels forced and comes off as more of a statement than character progression — the dedication to exploring Barker as a serious journalist instead of mocking the entire situation was one of the movie's better decisions.

The entire time Barker is in Kabul, she gets nothing but comments on her looks, questions about her sex life and unwanted advancements from just about everyone, including the second most powerful man in Afghanistan.

For a movie that's been marketed as a comedy, I can honestly say that I didn't laugh once.

At times, it felt like the movie was trying to find its played-out comedy in Fey's ability to play the uncomfortable, modest woman in sexually aggressive scenarios. But for the most part, the movie does an excellent job of combating this exact type of comedy, using Fey's biting sarcasm to call out each man she encounters and bringing the attention back to Barker's journalistic ability, not her looks.

Unfortunately, that's just about the only good thing this movie has going for it.

There are tons of problems with this movie — from the whitewashing of actors to the use of Margot Robbie as just the party girl, good looking best friend trying to sleep with various men caricature — but the aspect that stuck with me the most after watching it was just how little I cared for any of the characters.

I'm not saying that audiences should have to root for every character, but for a movie about the progression of one specific woman, there should be some kind of emotional reaction to her success and failures. But there isn't.

This movie is mind-numbing and boring, and its characters, which are based on very real and very interesting human beings, also fall into both of those categories.

There's nothing special about them and they're easily forgettable the moment you walk out of the theater. Perhaps the best way to describe them is by comparing them to conceptual, 2D drawings. There's potential for something to be there, but the fine lines haven't been hashed out and you can't see what they're actually supposed to look like.

There are tons of problems with this movie

In a character driven drama — not a comedy — like this one, having characters that the audience can sympathize with — if not relate to — is extremely important. There's not one character that emits this type of emotional reaction in Whiskey Tango Foxtrot. The movie also feels rushed, going from major event to major event without stopping to acknowledge what's just happened.

We see Barker go from being someone who's never reported a day in her life to a star foreign correspondent, but we rarely get to see Barker reflect on it. 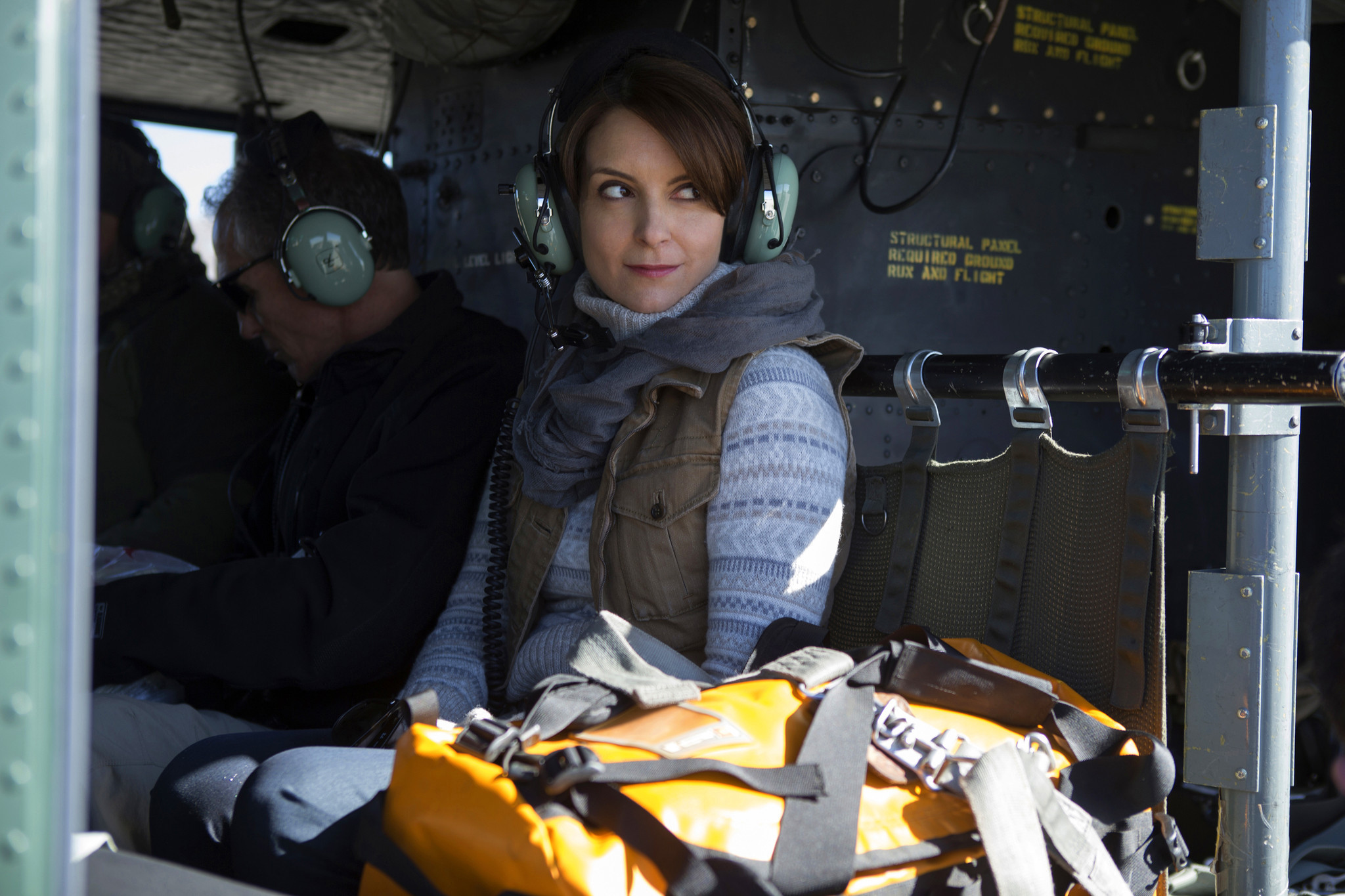 Whiskey Tango Foxtrot doesn't care about the characters it should care about, and that genuine disinterest in exploring the psyche of incredibly interesting people carries through the entire film.

Bottom line, there's nothing worse than a movie that just simply exists; a film that was made with seemingly little interest in discovering the message it wanted to send.

There's no point in introducing these life altering situations, like the first time Barker is shot at by enemy fire, if there's no reflection on it after it happens. Instead of addressing what just happened, Barker carries on with her day, moving on to the next assignment. If this momentous occasion in her life is just a fleeting affair that even Barker doesn't care about, why should we?

Again, if the audience can't sympathize with or root for the main character, it's hard for the story to capture the attention of the viewer, never mind the affection.

Whiskey Tango Foxtrot isn't the worst movie ever made, not by a long shot. But it's certainly one of the most apathetic films I've seen in a long time.

The movie took a fascinating story about a courageous woman and turned it into a run-of-the-mill drama about war that tried to masquerade itself as a comedy.

Like that marine says in the movie, you can either "embrace the suck and move forward" or you can avoid Whiskey Tango Foxtrot and do something much more meaningful with the two hours you'll have saved.