Feminist Frequency, the nonprofit organization run by media critic Anita Sarkeesian, is launching a new video project — and wrapping up its current series. The group behind Tropes vs. Women in Video Games posted the video above to debut its next show, Ordinary Women: Daring to Defy History. Feminist Frequency is seeking $200,000 on Seed & Spark to fund its production.

Ordinary Women "is going to focus exclusively on real women from history, rather than fictional women from media," Sarkeesian told Polygon. "We've talked often about the gender stereotypes that limit the scope of female characters in games, and the Ordinary Women project takes that conversation a step further, highlighting examples of women who have defied those stereotypes." 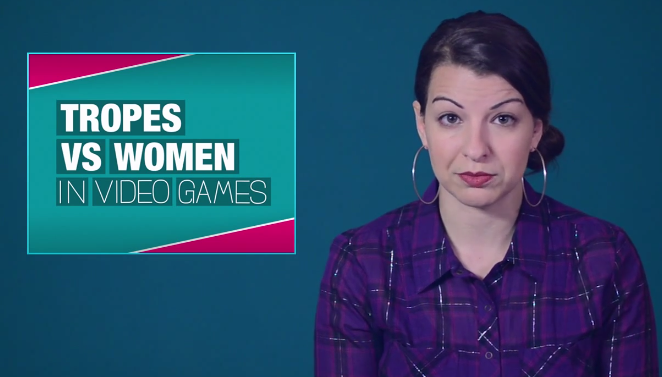 The featured women will primarily be leaders in fields like science and literature. Each of the currently planned four episodes will focus on one woman and feature a combination of live-action and animated segments; Sarkeesian will serve as host.

Donations will be accepted until April 7; campaign rewards included posters and a pack of postcards designed by the character artist for TowerFall. The goal is to release the first episode of Ordinary Women in September.

While Ordinary Women won't tackle gaming as directly as the well-known, at times controversial Tropes vs. Women in Video Games series does, Sarkeesian said that the new project is an outgrowth of Feminist Frequency's earlier project.

"In a lot of ways, this new series is a natural progression of the work we've done with Tropes vs. Women in Video Games," she told us. "It's a direct counter to the 'that's how women were back then' excuse that gets used so frequently in video games."

Tropes vs. Women in Video Games will wrap production by the end of 2016, Sarkeesian confirmed. In an FAQ on the Ordinary Women campaign page, she said that "we're well into the second and final season of the series, which we plan to wrap up by the end of 2016."

The Kickstarter for Tropes vs. Women in Video Games hinted at the series' conclusion earlier this year before announcing a format change for season two. New episodes of the show, in which Sarkeesian goes in-depth on depictions of women in gaming, are shorter than previous entries.

Eight episodes are planned for the show's final season. The first premiered in January and detailed the presentation of male and female behinds in video games.

Clarification: We've clarified the headline to reflect that, while Tropes vs. Women in Video Games will end later this year, Ordinary Women has already entered into production and will premiere before the earlier project ends. The latter video series is not replacing the former.