Homestuck is finally over after seven years

Share All sharing options for: Homestuck is finally over after seven years

The popular webcomic Homestuck drew to a close today, almost exactly seven years after it began. After 8,150 pages since its April 13, 2009, debut, creator Andrew Hussie chose to end the series with a video. For those prepared to watch Homestuck's finale or otherwise unafraid of spoilers, you can watch the 9-minute animation above.

On the MS Paint Adventures website, which hosts the series, Hussie wrote today that he plans to create an epilogue for the series sometime in the future. "It'll take a while to produce though, whatever specific form it ends up taking," he added.

Homestuck is a sprawling, complex series, despite its Microsoft Paint-inspired surface. Although described as a webcomic, the series often used GIFs, a single image or a text narration. The story followed a group of teens whose beta testing of a games goes awry, launching global destruction, multiple timelines and various quests to take on internet trolls, among others. 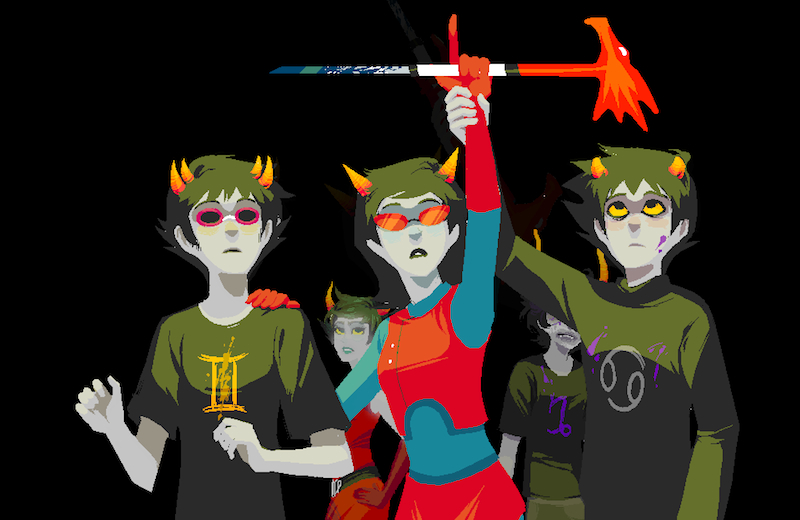 The epic, self-aware world of Homestuck

The series was heavily inspired by video games, which we detailed back in 2013. Hussie's love of games led him into game development himself: After a successful Kickstarter campaign in 2012, a game set in the Homestuck universe called Hiveswap has been in the works ever since.

Hiveswap was first slated for a 2014 release, predated by the webcomic's conclusion in 2013. Both projects missed those windows, and Hiveswap remains without a release date. In Hussie's most recent update in December 2015, he showed off the game's new art style and confirmed that Undertale creator Toby Fox was still on board to compose the music.

When the game does launch, according to its developer, it will be available for Windows PC, Mac and Linux.