Destiny beats The Division where it counts: the magnificent plumage

Your Guardian looks a lot cooler than my Agent

Share All sharing options for: Destiny beats The Division where it counts: the magnificent plumage

In writing about Tom Clancy's The Division these past few weeks, I've fallen pretty far down the rabbit hole. Of course, that was my goal all along. For a persistent online shooter, it feels like the only way to cover it is from the inside out, to explore all of its many nuances in detail.

That means, friends, that I have collected a hell of a lot of hats.

But not just hats. I've got garnet scarves and green boots and black pants and purple jackets. And holsters with red trim and knee pads in gold and body armor with just a hint of gray and ... I've got a lot of stuff, alright? And from time to time I'll step into my inventory, usually around the beginning or the end of a session, to change my look.

A major quality-of-life improvement in Tuesday's free update, for me at least, was the addition of a little spotlight that turns on when I'm in my inventory screen. With it I can get a good look at myself even in the darkest corners of my base of operations. Now I don't have to stand in the middle of the brightly lit medical bay, hearing endlessly about how this guy's back is "so fucked up" to admire my kit.

Thanks to whoever made that addition.

But I can't help but notice that for all its variations on a theme, everything in The Division just kinda looks ... the same. Take, for instance the latest matched sets of elite gear, which has to be meticulously crafted or earned through hours and hours of in-game grind. 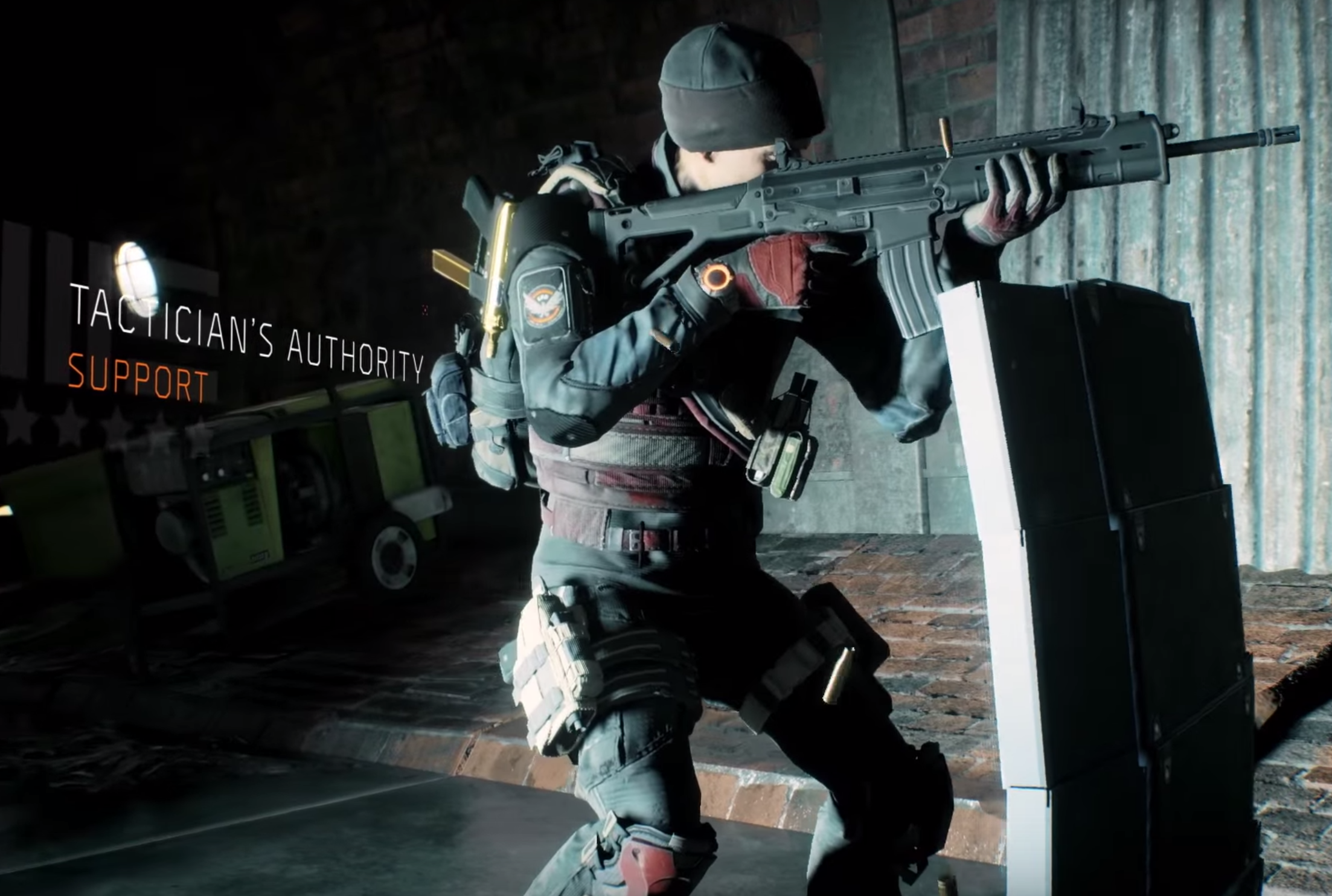 When it comes down to it, Tactician's Authority doesn't look all that much different than Path of the Nomad. It would take a player weeks to get both gear sets, including serious teamwork and farming, and for that investment you look pretty much like everyone else in the game. 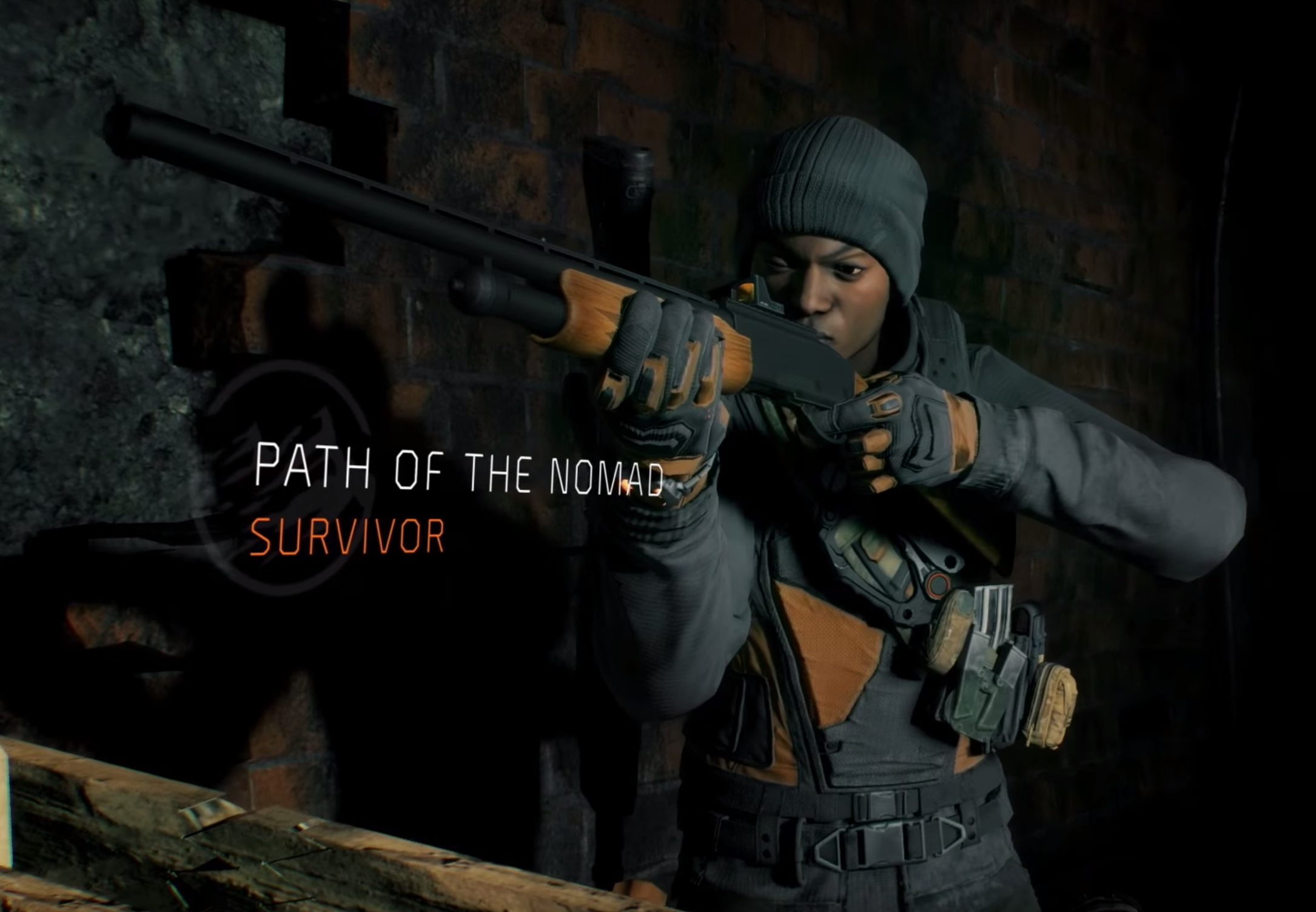 What I'm saying is that I'm suddenly very jealous of everyone who's playing Destiny right now. Your avatars are way cooler. And I didn't realize it until I stumbled upon a Twitter account called @destinyborbs.

Apparently there's an item slot in Destiny for shaders, little bits players can pick up in the game world that change to the color of the entire set of armor that they're wearing. What @destinyborbs does is, every two days roughly, match a shader to its corresponding exotic bird. And @aauryx, who runs the account, is very good at his job.

I have to agree that yes, Destiny's Tyre 4770 shader is a dead ringer for the beautiful and rare Mustached Kingfisher, better known as the ghost bird of the Solomon Islands.

And who can argue that Krokos is not clearly akin to the Purple-throated Woodstar.

But here's the problem. I don't particularly enjoy Destiny's multiplayer. The whole Halo gameplay just isn't for me, and the fiction of the world it's created is just a bit too opaque for my tastes. I'm much more into the gritty, urban survivalist thing that The Division has going on.

And I get it. In the fiction of The Division there is no reason whatsoever for an avatar to in any way resemble the Lesser Green Broadbill, common in the rainforests of both Malaysia and Sumatra.

But maybe there's a middle ground in the art direction somewhere. I don't necessarily want to roll up on someone in Stuyvesant who's rocking a set of burnished golden plate and a full-faced greathelm. But maybe, after I grind out a dozen hours of super hard missions you guys could hand over something better than another shade of red pom-pom on my knit beanie cap?

Until then, I'm doomed to sort through my collection of slightly different hues of simulated Cordura ripstop nylon and Mechanix gloves when, in a different game world, I could be strutting my stuff like a Guianan Cock-of-the-rock.

And so it goes. See you in the Dark Zone. I'll be wearing whatever white jacket I have in my inventory, because it's good camouflage and I don't want any trouble tonight.