Stop spraying me with water, I like Fated: The Silent Oath just fine

Share All sharing options for: Stop spraying me with water, I like Fated: The Silent Oath just fine

I tend to avoid the log ride at amusement parks.

They're everywhere, and the gimmick is all the same: You sit down in a big, fake log that inches its way up a hill, and then you're wooshing down another hill. Your stomach starts to flip. Passengers scream in free fall. Back at ground level, a pool of water brings you to a halt while, from either side of your makeshift canoe, water shoots up in impossibly high arcs.  Mostly. There's never been a group who walked away unscathed. Water always finds its way inside to soak some riders.

Me? I know the gimmick, and I'd rather not be wet. So I tend to avoid the log ride.

You don't expect to get wet playing a video game, but that happened to me at PAX East 2016, which got me thinking about the log ride.

I was playing Fated: The Silent Oath, a virtual reality game from Firma Studio on the cusp of release. In the real world, I was sitting on a crate that rumbled beneath me. Instead of a controller, I held a black strip of rubber. On my head was the Oculus Rift headset.

Inside the game world, I looked down and saw cartoon hands instead of my own, holding ropes instead of rubber. Instead of a computer in front of me, there was a strong, majestic horse, hauling my family up a mountain. I pulled on the reigns, and my horse responded. No learning curve required.

I wrote "me" above because that's how I felt in the moment. I didn't know the people around me, but they treated me with love and affection. There was a kinship. VR played no small part in that, as I was mute, and I had to respond with nods or shakes of my head when they addressed me directly. Its was a smart way to bring my physical movements into the game.

A few minutes later, when I coaxed the horse over a bridge, I felt the unmistakable feeling of mist on my cheeks, and I started thinking of the log ride. It was supposed to bring me in, but it nudged me out for a moment.

I stopped thinking and started responding. I looked left, and I saw a waterfall spitting water up into the air. I've strapped on enough VR headsets to understand the technology's unparalleled immersion, but the makeshift harness, the rumbling underneath my butt, the mist in the air, these were something beyond immersion. I smiled because it was kind of perfect, and I totally got why the developers built this custom hardware. I smiled because it was also kind of absurd.

For decades the stuff of science fiction and cheap carnival tricks, VR became real in 2016 with the retail release of the HTC Vive and the Oculus Rift. Later this year, the best-selling console of this generation, the PlayStation 4, will get its own headset.

These are the exciting new days, when developers are just figuring out how to build a game for VR. Experimentation is everywhere, and it's always a thrill to play these games and see the paths that VR's pioneers are inventing.

Fated: The Silent Oath was born in Canada long before VR became a commercial reality. With some financial backing from the Canadian government, Fated's creators have spent the last two years trying to figure out how VR games want to be made. They chose a cartoonish art style, for example, because the more realistic characters looked, the less convincing they were to players. They focused on narrative and storytelling, rather than pure gameplay, because they believe that those capture the budding technology's immersion best. 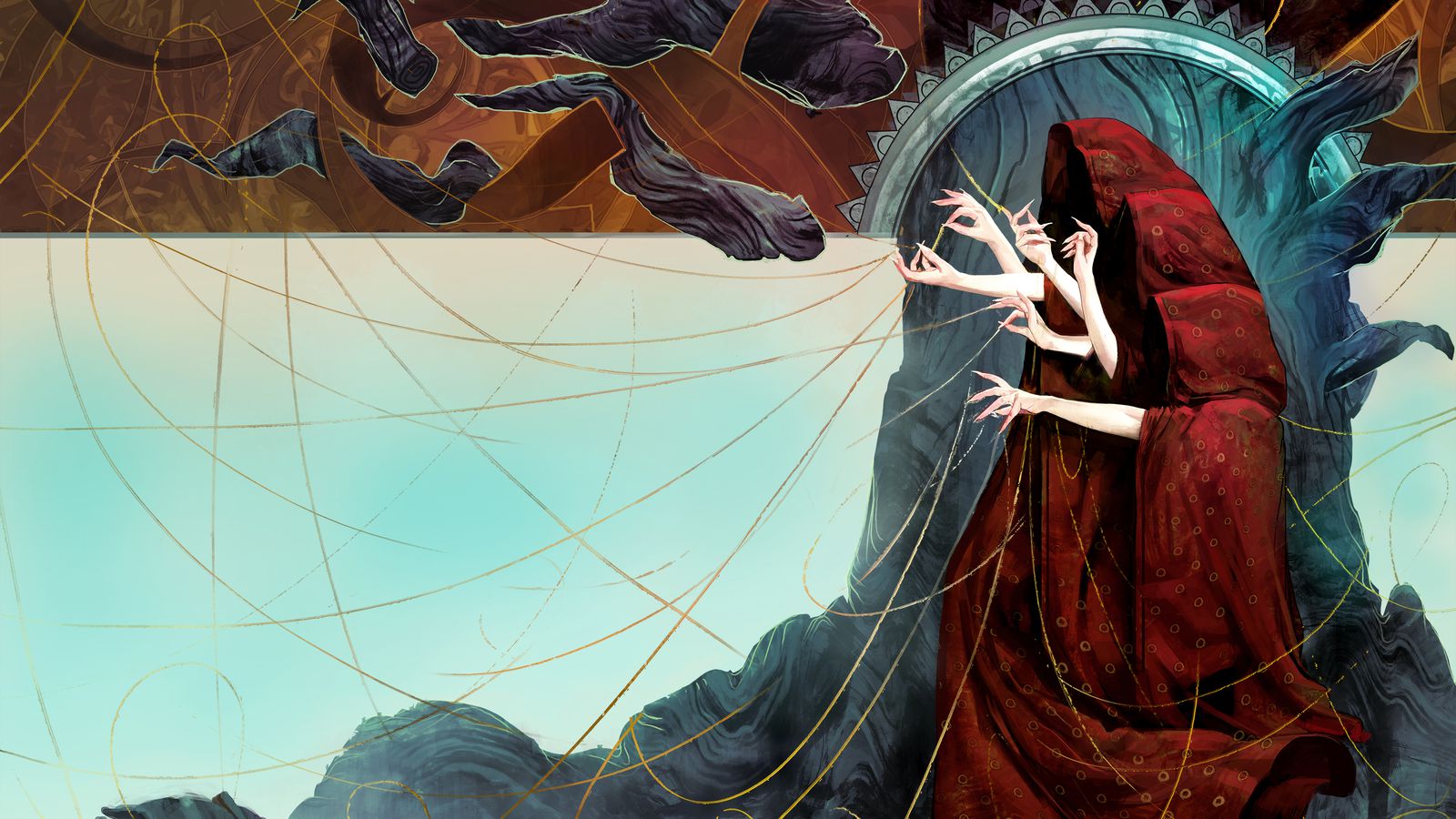 The problem with Fated is that it's amazing, but you won't believe me

And it works. I spent 10 minutes or so inside the Fated's Viking world, and in terms of gameplay, the only thing I did was nudge a horse left and right with novelty reigns. That, I imagine, would've exactly as boring as it sounds, if I wasn't able to look behind me to watch conversations unfold. Without a VR headset, I would have lost interest long before the giant showed up in the valley and started terrorizing my caravan.

That is the power and possibility of VR. But when Fated: The Silent Oath becomes available to purchase on April 28, players won't get wet. They won't have a fan to blow mist on them when they pass the waterfall. They won't have makeshift reigns in their hands. Instead, they'll have an Xbox One gamepad or some equivalent controller. And I suspect that'll be just fine. The mist and the reigns were well-intentioned, but a bit over the top.

It may be that the year of VR is the beginning of an analog stick-like revolution, a mid-90s innovation that spread way beyond Nintendo and changed the way we play games. Or it may be that VR turns out to be a gimmick like 3D TV that consumers approach with a resounding, "Meh." Nobody knows, including the developers of Fated: The Silent Oath. That didn't prevent them from spending years poking and prodding at new technology. Of course, that's a bit easier to do when they government helps fund your game.

Still, the experiment seems successful, even if I didn't play much of it. Although you'll probably never play it in the same way that I did, you won't miss the mist. But I bet you will peer over the cliff and feel a bit of vertigo. And when that giant shows up, I'll bet you duck, too.