Share All sharing options for: Outlast 2 is creepy, disjointed, provocative and Catholic

I thought Outlast 2 was weird as I peered through a camcorder, using its night vision feature to investigate a creepy shack on the outskirts of a farm in the middle of a desert. A few minutes later, as I wandered the halls of a Catholic grade school beneath it, I realized I'd drastically underestimated the game's oddity.

I played about 20 minutes of Outlast 2 standing alone in a dark, lightproof booth at PAX East 2016. I haven't a clue what the game is about, beyond the setup: You play as Blake Langerman, a cameraman who, along with your wife, Lynn, are investigating the murder of a pregnant woman. You begin aboard a helicopter that crashes in the Arizona desert. 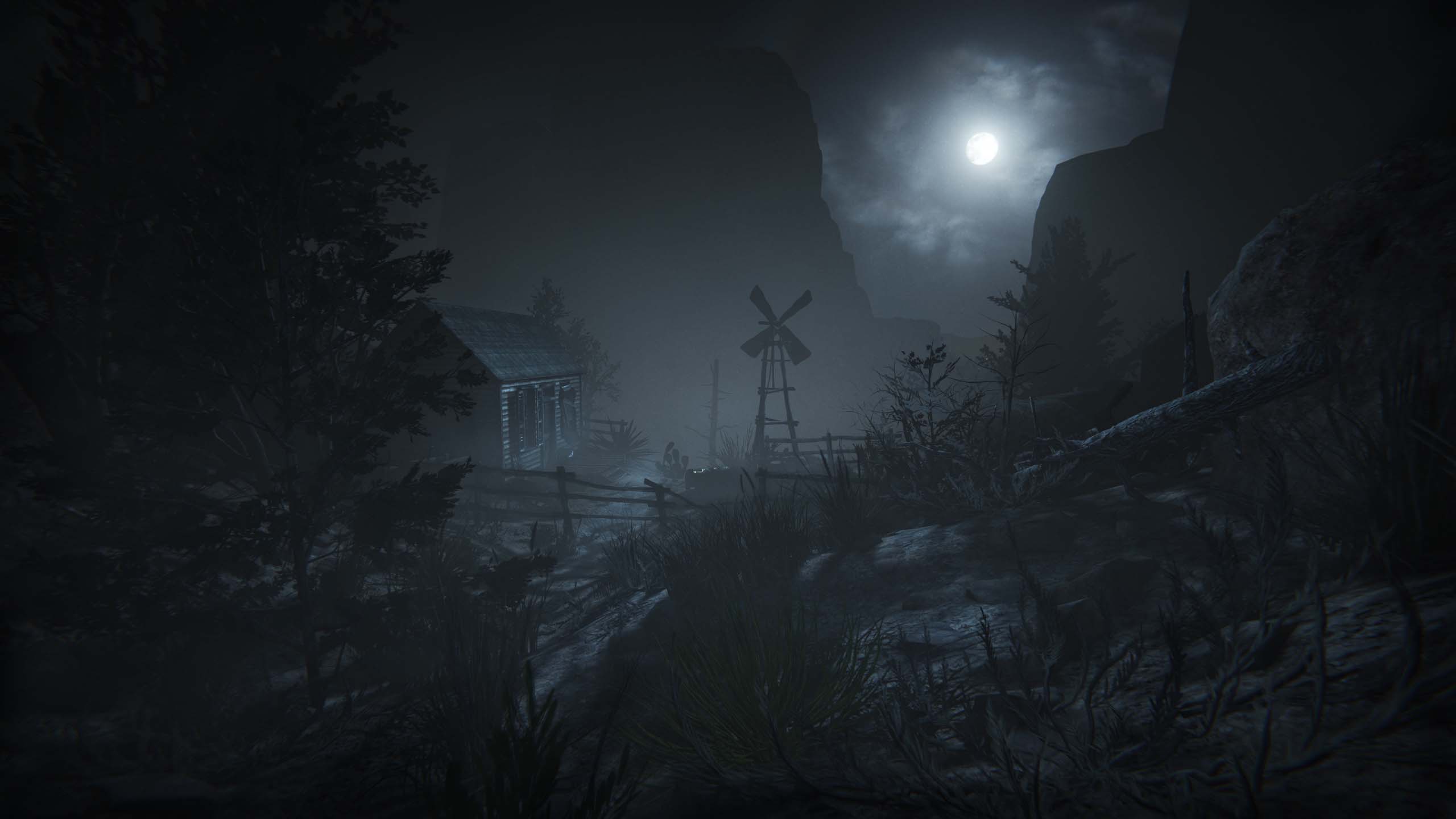 You wake up alone, on a night lit only by the moon. You find your camcorder and glasses and run to a shack in the distance. Beyond that is a farm to investigate in a frantic search for Lynn. Sometimes, you find something interesting. Sometimes, out of the corner of your eye, you think you see something. Sometimes, Lynn screams in terror off-screen.

On the surface, Outlast 2 is about finding your wife. It's almost certainly about uncovering the mystery of the misery in the Arizona desert. It's also about staying alive, because this farm from hell isn't deserted. But above all other things and like its predecessor, Outlast 2 is about surviving while terrified.

What that all adds up to beyond the sense that something is warped and wrong, I don't know. My introduction to Outlast 2 was indirect, deliberate in its symbolism and opaque in its delivery.

I spoke with developer Red Barrels co-founder Philippe Morin after I played through the demo, and I asked him about its provocative symbolism. You don't put monsters in a Catholic grade school or hang a girl from the hallway rafters or make an inverted, burning Christian cross part of your game's logo if you're not trying to be provocative, I said. He smiled and nodded.

But does it have a point, an definitive meaning? Yes, he told me, but it's as hard to see as the horizon on an Arizona night.

The game makers at Red Barrels disagree about the overall meaning, Morin said. Yes, they wrote it with definitive explanations in mind, but they're delivering the story in a way that sparks debate even among those who are creating it. That its creators disagree about its meaning is as sure an indication as any that players will debate the truth of whatever happens after Outlast 2's release.

What about the game?

Outlast 2 is, like its predecessor, preternaturally preoccupied with cultivating a sour feeling in your stomach. To do so, it relies less on gameplay than atmosphere. Camcorder on my eye, switching batteries as they wore out, I crept through the sparse outdoors and the cramped indoor hallways, where, well, mostly nothing happened. But as with the best of suspense, the stress isn't in the happening, but in the anticipation.

I can't remember exactly how I ended up in the Catholic school, and I'm not sure that it matters. It was so eerie and disjointed that I was willing to accept each bizarre scenario as it happened.

Morin told me that the demo isn't representative of the final product's progression, but more of what he called a "mishmash" of things that players will see and experience. 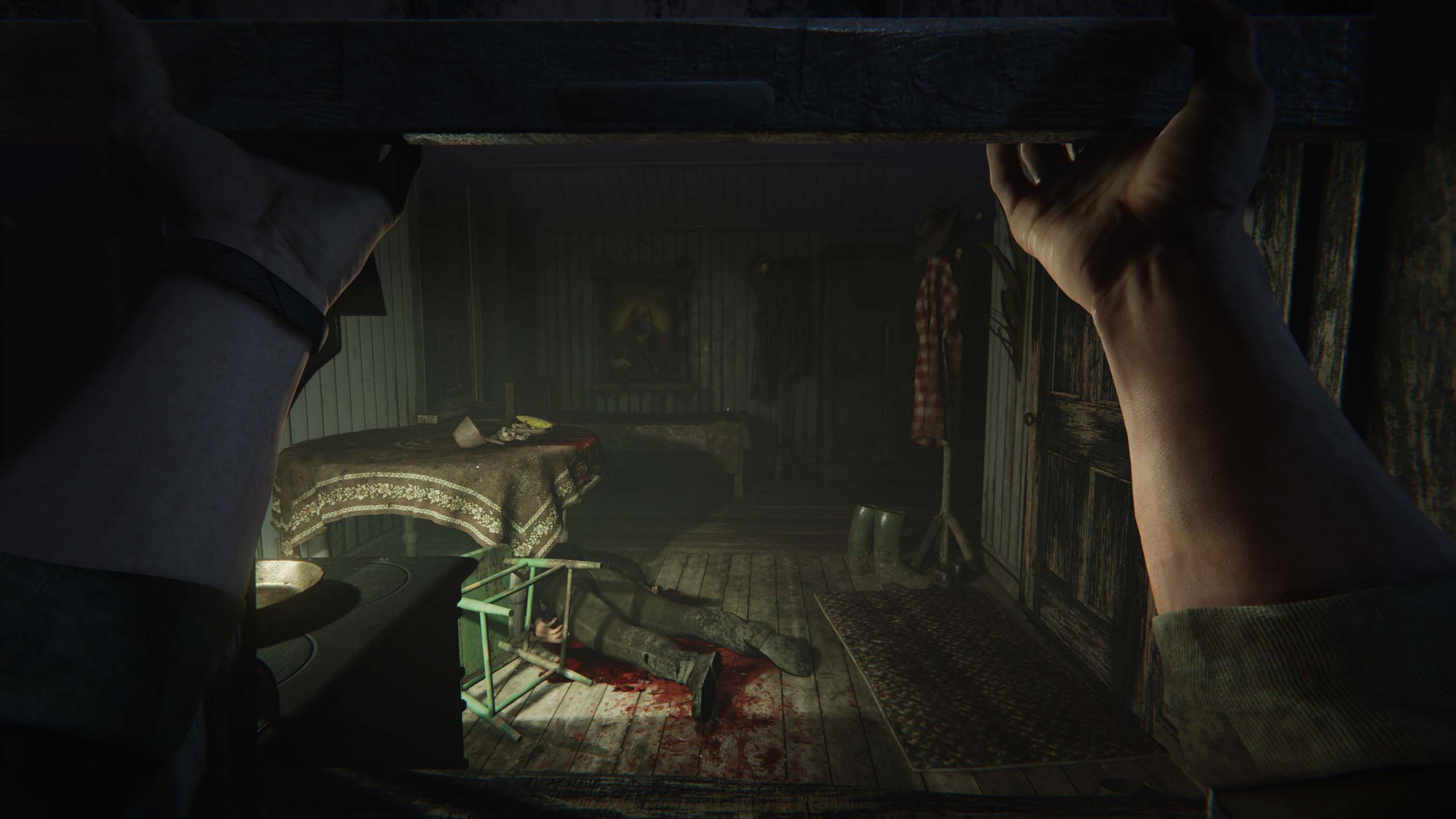 The demo's disjointed setting means more, though. Red Barrels is telegraphing messages about its new game and the nature of sequels.

The overall scope of the original Outlast was constrained. Although the sequel takes place within the same universe, it stars different characters. Its geographical landscape isn't just changing, but expanding, too. The farm may be where you begin, Morin said, but it's not the only place you'll travel. Outlast 2 will have more geographical diversity than its predecessor.

This is what Morin and Red Barrels think players want out of a sequel: a healthy respect for what players liked about its predecessor, but fleshed out, refined and expanded.

Running for my life

What I played was beautiful, dirty, scary and confusing, all probably deliberately so — especially the ending sequence in which the monsters previously hinted at in my peripheral vision became real and chased me through a cornfield.

I died half a dozen times or more trying to find my way out. I flailed, I panicked and died. At first, I thought my failure was funny. OK. Well, done game. You got me.

A cornfield is a mixed blessing. It offers cover from the horde, but it also obscures the world around you. I had to find a way out, and I couldn't stay still for long. I ran in, out, back in and back out over and over again, just to get a handle on the geography. 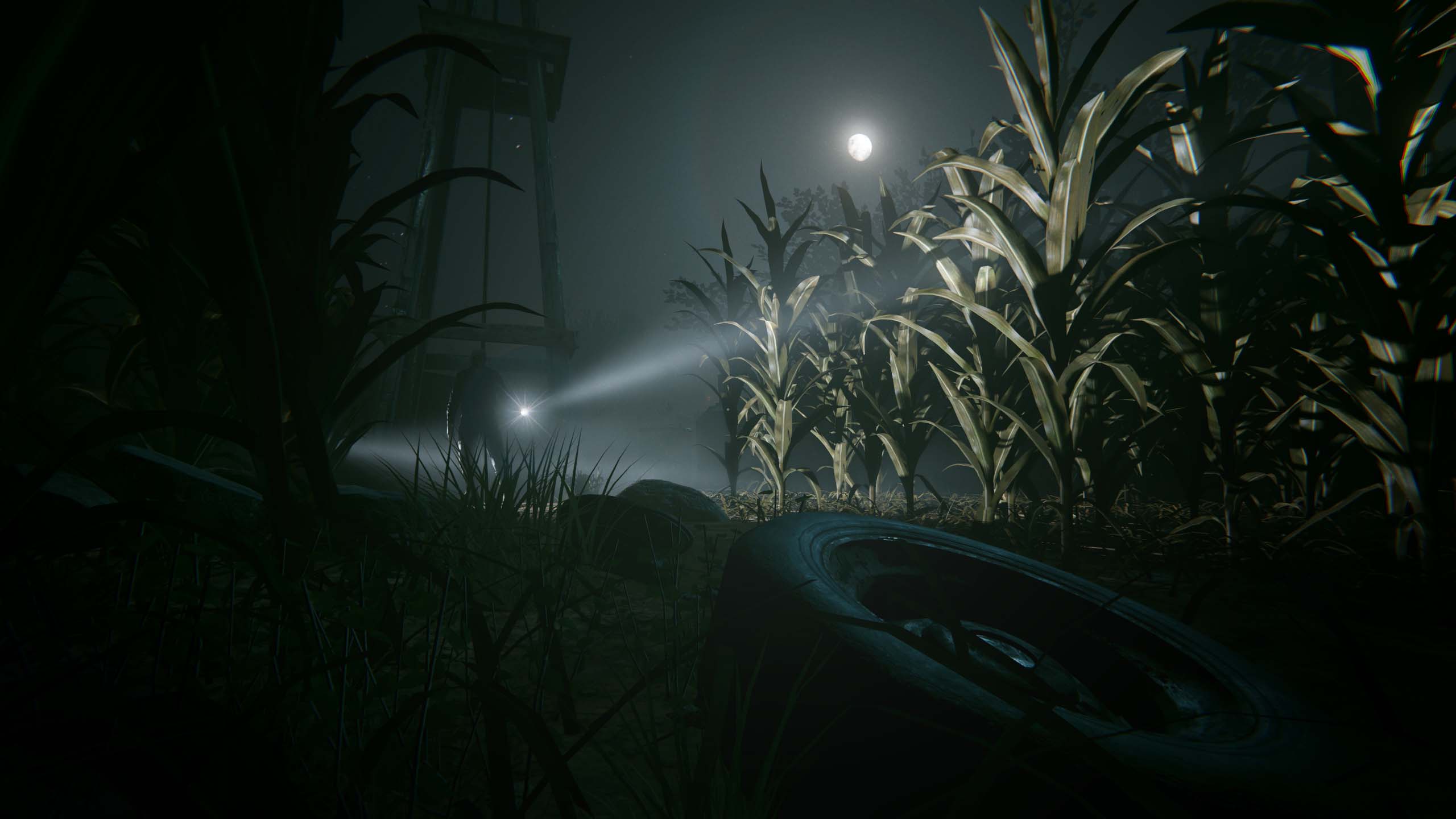 Eventually, when I wasn't making progress, I felt dumb and frustrated at my inability to do much more than run around, try to jump over insurmountable fences and onto boxes that wouldn't have me. Getting beaten to death by an evil farmer gets old quickly when everywhere you run and everything you do results in your death.

It turned out that I'd discovered the path several minutes and deaths before I took it. I rejected it over and over until I was desperate enough to try what looked so wrong.

I peeked out of one part of the cornfield and saw a bright light in the distance. I thought that all light was bad. After all, about the only thing I could see other than cornstalks were the flashlights of those hinting me. I avoided the brightest light until, in frustration, I embraced it. Then I escaped with my life and the demo ended.

I don't think I really played Outlast 2 at PAX East. The demo felt more like a tone poem, a brief encapsulation of the things you should expect to find in the final game. I have no doubt it'll be creepy as hell.

What the story behind dead school children and monsters coming out of lockers and murderous farmers is? That's anybody's guess. And I suspect players will keep guessing long after Outlast 2 hits Mac, PlayStation 4, Xbox One and Windows PC this fall.