Monsters University and the importance of failure in pop culture

When losing is the only way to grow

Share All sharing options for: Monsters University and the importance of failure in pop culture 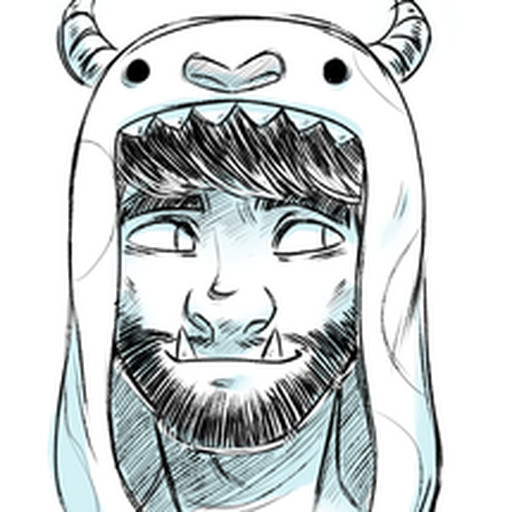 We have always been obsessed with winning when it comes to our pop culture. Good defeats evil, true love triumphs in the end and the plucky underdog will almost always pull through. Almost all adversity can be overcome in around 90 minutes, unless you're setting up the sequel.

Nobody has perfected the art of the success story better than Disney. If you set your heart to something and believe in it enough, their films tell us, you will succeed. Mulan saved China against all odds. Milo made his way to Atlantis despite working in a boiler room, and Ratatouille's Remmy became a chef. If you're a good person, you win. Even Simba overcame his sense of shame and inadequacy to ultimately become king.

While these stories are lovely and heart-warming, they also place an unrealistic emphasis on the importance of succeeding. Disney presents success as the one, true, correct goal in life. The underlying belief for so many of Disney's films is that if you just believe, then things will all fall into place. We've all been primed to so readily expect success, for a lot of people failure is seen as the unequivocal ‘bad ending.'

Why this is an issue

Stories about failure are important because they allows us to understand and see the bigger picture when it comes to our own mistakes. "Life goes on" can be one of pop culture's most powerful messages, and yet it's also one of its most underused.

There is one film in Disney's repertoire that goes entirely against these common themes, however: Monsters University.

Monsters University is all about personal failure, and how it doesn't have to be the worst possible outcome. It could be one of the most interesting Disney films to date for this reason, despite it often being disregarded as nothing more than a silly prequel to Monsters, Inc.

It also has personal meaning. Monster's University pulled me through my first, and worst, year of university. It did that simply by telling me that life will go on, even if I fail.

University started well for me; I was on an exciting course with good job prospects. I had friends and was adapting well to life in further education.

I then started drifting more and more from my peers as the year went on. The assignments were piling up, and the pressure of "making the most" of my time at University — clubbing, drinking, partying — became more and more overbearing to the point where I found it difficult to attend lectures, make new friends or muster up any sort of interest in what I was learning. By halfway through the second semester, I was the most miserable I have ever been in my entire life.

Everyone else seemed to have made their own groups of friends and were actively participating in "the University lifestyle," and there I was feeling completely useless and cut off from that idealized experience. I barely attended classes, was often needlessly aggressive to people when I deigned to show up  and considered dropping out every single day.

People treat other people badly when they don't like themselves, and I didn't like myself. It was a brutal cycle.

I watched a lot of Disney films to cheer myself up during the summer break. They were colorful, cheerful, had lovely music and they did a good job of taking my mind off of the coming academic year. Eventually, I got around to re-watching Monsters University, and I was alarmed at how many similarities there were in it to my own life. It also became very clear how rarely this sort of story is told.

Monsters University follows Mike Wazowski as he attends the titular Monsters University to learn how to become a scarer. Scarers are valued highly, and it's a competitive career in the Monster world. You're tasked with scaring human children for their "scream energy."

Usually, the role is left to the creepiest or toughest looking monsters, and so Mike, the little, green cyclops, naturally struggles with fitting in. After being constantly told he "doesn't belong," Mike takes it upon himself to prove to the world that he doesn't have to be big or loud to be a good scarer, he just has to "want it more than anybody."

This is where Monsters University takes a sharp turn from standard Disney fare, as Mike invades the human world in a bid to prove he is scary enough - putting himself and the rest of the monste world at risk of discovery. This is enough to result in him getting expelled from Monsters University and dashes all of his dreams of ever becoming a scarer.

Despite him "wanting it more than anybody," fighting against all the odds to get back into the scaring program, and despite pulling off the biggest scare in Monster history in the climax of the film, Mike ends up being work partners with his new best friend, Sulley. While Sulley goes on to be one of the best scarers to have ever lived, Mike never, ever realises his initial dream. He fails. Wanting it more than everyone else just wasn't enough.

And yet, ultimately, he's still happy. Monsters, Inc. shows that Mike enjoys and is respected in his job and has healthy relationships with his best friend Sulley and girlfriend Celia. Through the entirety of Monsters, Inc., Mike is the more positive, upbeat character, and never shows a hint of disdain or jealousy towards Sulley for having his dream job.

Despite everything that happened to him in the prequel, Mike losing isn't the "bad ending" of Monster's University. It's a course correction. It's a rare moment in pop culture where losing is met with grace and dignity, and we see what happens next. And that next step can be as positive as you want to make it, even if your dreams don't always come true.

This is why stories about failure are more important than the stories about success. Particularly in Disney films, success is chalked up to fate or "the power of love," which, for as sweet as they sound, do not work in the real world.  People can become disillusioned with "and they lived happily ever after" when the road to it seems so based on unrealistic luck. I thought it was just a matter of sticking with my present plan, and of wanting it enough. If I beat my head against the wall long enough, I could wear through it, even though that path was making me miserable.

This realization was the spark I needed to make some changes. I quit the course I was so unhappy with and decided to start all over again. I had failed. The time was ultimately "wasted" in the grand scheme of things, but instead of becoming bitter I saw it as a necessary step to learning more about myself. I'm chugging along in my own way, and it's what works for me. It's different to what I expected going into University, but it's by no means a bad ending.

Mike, and Monsters University, taught me that you can try your absolute hardest at something and still not be cut out for it. We both failed and ended up just fine, and that's the sort of story that needs to be told more.