IGDA calls out Nintendo for how it handled harassed employee's termination

"The company seems oblivious to the consequences"

Share All sharing options for: IGDA calls out Nintendo for how it handled harassed employee's termination

The International Game Developers Association has spoken out against Nintendo for how it handled the recent harassment campaign against Alison Rapp, an employee at Nintendo of America who rose to prominence on social media and subsequently earned the ire of some before ultimately losing her job with the company. 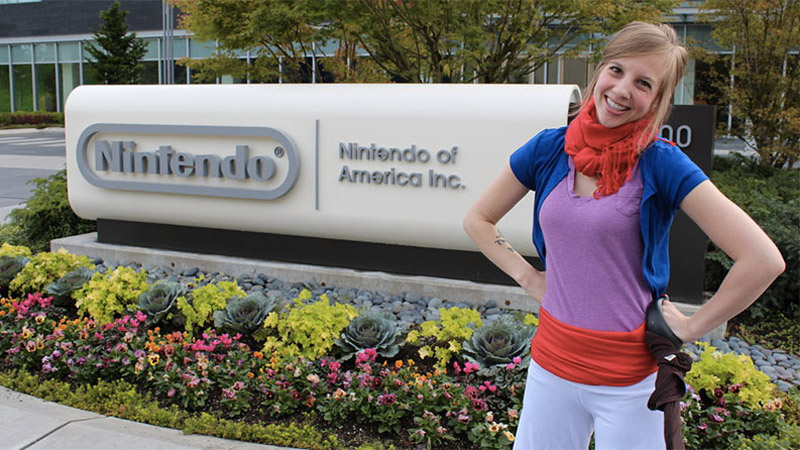 Nintendo fires Treehouse employee who was target of harassment campaign

In a statement given to VentureBeat, the IGDA's executive director, Kate Edwards, disputed Nintendo's official reasoning for firing Rapp last week. Rapp, who worked in the company's Treehouse localization arm, had been targeted for harassment and cyber abuse before the firing. This began partly because of the editing of certain content in the Western release of Fire Emblem Fates — which she was not involved with — and also her visible advocacy in issues of feminism and gender equality. Nintendo said last week it had fired Rapp not because of the information dug up by the online attacks against her, but because of an undisclosed second job.

"While Nintendo's official statement on the matter of Alison Rapp's firing strives to distance the company from anything related to the orchestrated online campaign of harassment and defamation that was raging against her, their timing in dealing with the issue is dubious at best," Edwards said to VentureBeat of Nintendo's response.

"Unfortunately, the company seems oblivious to the consequences of their actions, not realizing the perceived victory it handed to the online hate groups who are now pursuing the dismissal of other women game developers by derision and defamation to their companies."

"companies' actions do not occur in a vacuum"

In an email to Polygon, she added, "Regardless of the exact reasons why the employee was fired, it's imperative that companies understand that their actions do not occur in a vacuum," she said. "The timing of Nintendo's action helped reinforce a strong perception that game development employees are fair game for harassment and defamation by online mobs and that their companies will not support them."

When Nintendo issued its statement on the heels of Rapp's own Twitter announcement that she'd been fired, it marked the first time the company had acknowledged Rapp was involved in any controversy since the harassment campaign against her that had begun several weeks before.

Rapp became the latest target in an ongoing culture war at first for her progressive stances. Her harassers then uncovered a controversial academic thesis she wrote on the subject of child pornography — before her employment at Nintendo — and encouraged the company to fire her over the views the paper espoused. (Kotaku has an in-depth account of the proceedings leading up to Rapp's unemployment.)

The IGDA, which frequently speaks out against industry concerns like sexism, harassment and unpaid overtime at development studios, is open to communicating with Nintendo directly about how it could have better handled Rapp's situation, Edwards said. (Rapp previously was a member of the organization, although her membership has since expired.)

While nominally the organization serves the interests of game developers, Edwards explained that the IGDA is inclusive of anyone participating in "the creation and distribution of games." That includes people like Rapp, who don't work directly in game development.

"Our hope is that Nintendo, as well as other companies in the game industry, will understand the cause and effect of their actions in today's volatile social media landscape and will be more prudent about how they manage employee issues," Edwards told Polygon.