Let it Die sure doesn't feel like a free-to-play game … yet?

Death cancels everything, except the truth

I'm playing Let it Die, and I stop thinking of Dark Souls. I also can't help but think that I might possibly be out of my mind.

I mean, it doesn't seem unreasonable. Love or hate it, From Software's deliberately difficult action role-playing series is about as influential games can be, but you don't have to take my word for it. Since the first game's release in 2011, the creators of everything from Alienation to Necropolis to Destiny bosses to the PlayStation 4 itself have cited the franchise's influence.

As I murder my way through a brutal and demented deserted theme park where blood pollutes the world with every attack and I escape every encounter with half a mind to call each victory luck, I've got Dark Souls on my mind. Maybe it's coincidence. Maybe it's deliberate. I honestly don't know. 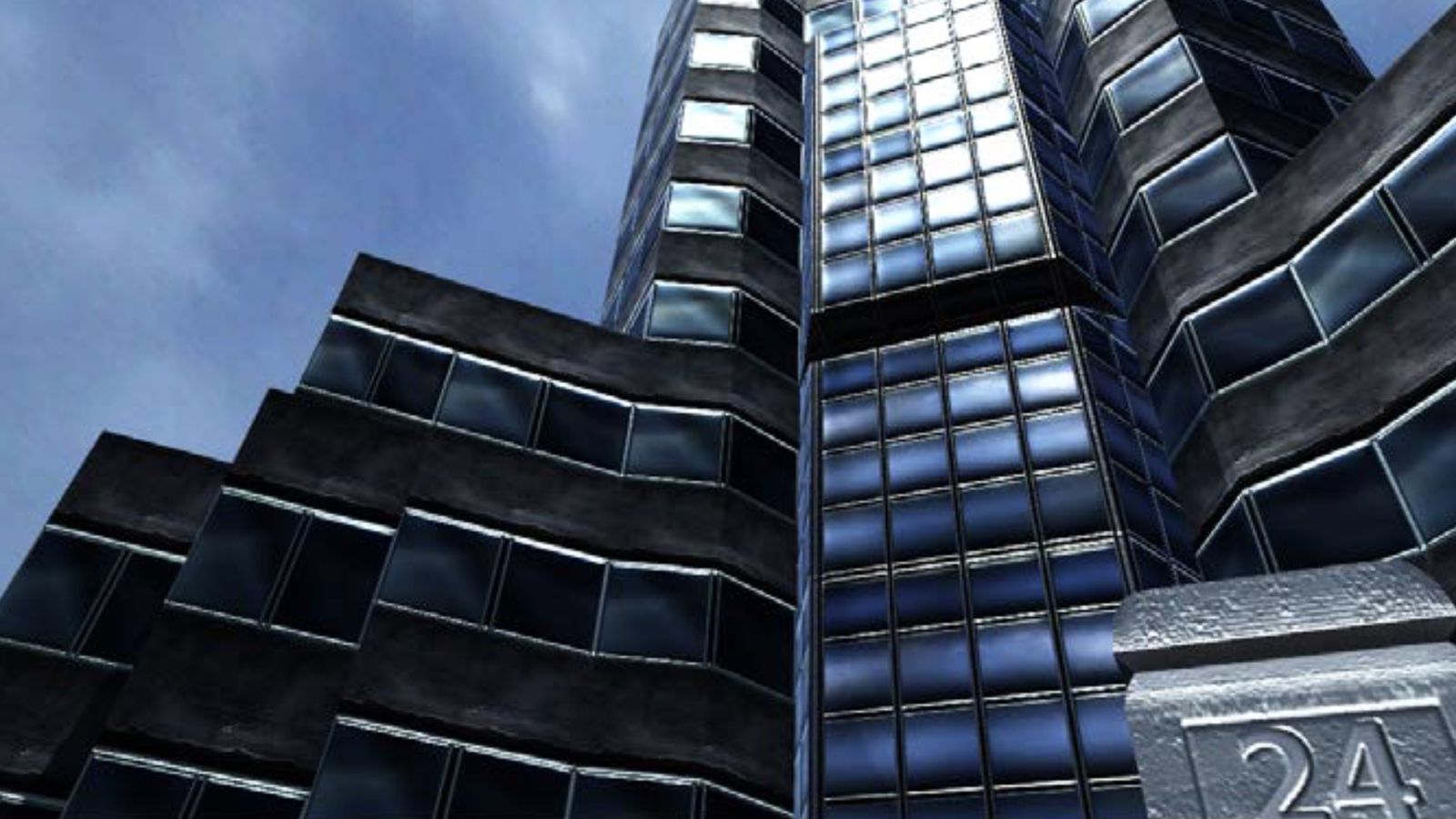 The Silver Case, Grasshopper Manufacture's first game, will be resurrected this fall

After a few minutes of that internal monologue, it occurs to me that I can probably get an answer to this question in short order, so I make sure I'm standing in relative safety, turn over my left shoulder, smile and begin to explain myself to Goichi "Suda51" Suda, Let it Die's director. He's also the founder of developer Grasshopper Manufacture, and his other credits include games like Lollipop Chainsaw, Killer is Dead and No More Heroes. But at PAX East 2016, he's got murderous clowns on his mind. Or at least he does now.

This is, coincidentally, the second meeting I've had with Suda today. Earlier he had The Silver Case on his mind because it's being reborn on PC this year.

"In 2016, you can play Grasshopper's new game and its first game," he said through a translator as that meeting wound down.

Both games have been a long time coming.

Sony unveiled the PS4 exclusive Let it Die during the company's E3 2014 press conference. We knew about as much as the introductory trailer teased, which wasn't much beyond the sense that it was the kind of stylized, over-the-top violent action game you'd expect from Suda51.

The trailer implied makeshift armor like the hockey mask that a plodding grotesquery wore and weapons like the classic baseball bat with nails poking out of its business end. That seemed fitting, because the nearly naked man who starred in the trailer was in desperate need of some kind of protection. People died at the sharp end of a hatchet and engulfed in the plume of a flamethrower. And who could forget the Grim Reaper with his trusty scythe riding a skateboard into Let it Die's logo?

So, yeah, more or less what a Suda51 fan might expect.

It wasn't until about a year later that Suda revealed something surprising: Let it Die would be free-to-play and completely online. That's not something most would've suspected from a game like Let it Die from a developer like Grasshopper. But it wasn't altogether unpredictable, either. In early 2013, the developer joined the ranks of GungHo Online Entertainment, the successful Japanese publisher perhaps known best for its free-to-play games like the Puzzle and Dragons series. And then, for about another year, we heard nothing beyond a delay from 2015 to 2016.

Then, right before PAX East 2016, Suda and producer Kazuki Morhishita revealed in a video that the game was still alive and heading to Boston for the show, still focused on being online and still free-to-play with hooks like the dreaded microtransaction built in.

After two years of teasing and talking, PAX East was the first time anyone could really play the game. For 15 minutes, I'd been killing my way through the beginning of the game and talking to Suda through a translator. Exactly nothing about it shouted "FREE-TO-PLAY!" to me — until I ran into the giant dude with the giant weapons. I panicked. I died for the third time and realized that I was out of lives. Even if I had more time to play, I couldn't have continued.

This … still confuses me. On the one hand, it seems like an obvious free-to-play hook, and it's not difficult to imagine that you'll need to cash points you've earned or just pay cash if you want to continue the game one day. It's an artificial scarcity of lives, to be sure, and my theoretical scenario where the game charges players to bend the rules and continue right now is probably a good way to make some money off of a game that Grasshopper is giving away for free.

But to be fair, it also feels right at home in a game designed to beat players down. It doesn't seem incongruous inside of a game that begins by throwing a nearly naked man in the path of hundreds (maybe thousands, in the end) of ruthless psycho killers and tells them to effectively climb to the top of a mountain of killers. And it's far from the first game to make you start over when you die.

And that brings us back to Dark Souls. I asked, a little sheepishly if I'm being honest, if Dark Souls was an inspiration. There's the third-person perspective. There's the element of finding your armor on the battlefield. There's the brutality. And a lot of developers have said that they got some good ideas from the Souls series. 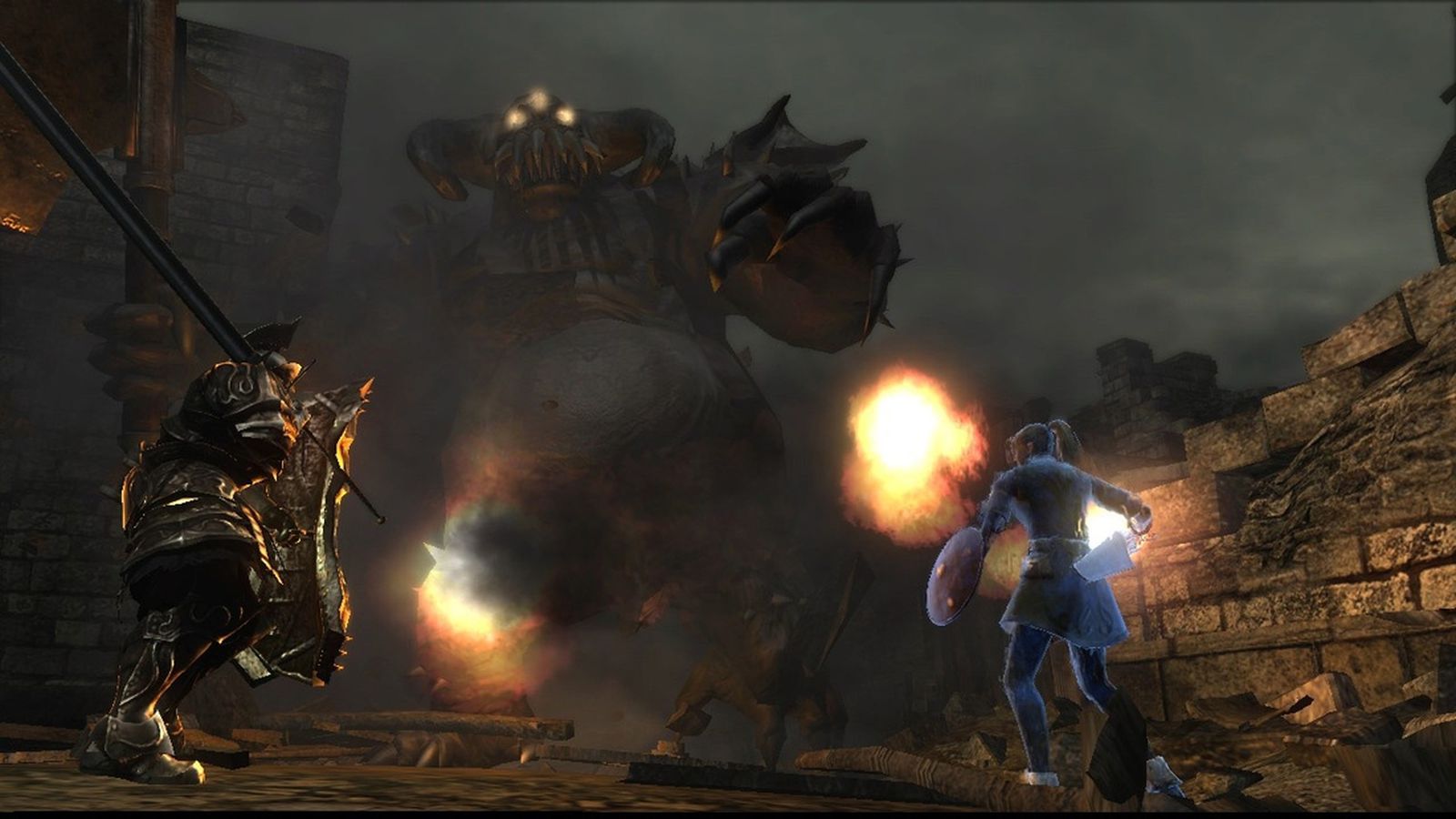 Suda and I don't speak the same language, so looked to him and his translator through my preamble. Talking to Suda for the second time that day, I again got the sense that he understood. He smiled. He engaged, nodded. His eyes got wide several times and he smiled.

Is there a direct line of influence between Dark Souls and Let it Die? Well, he didn't say no, exactly. But he didn't say yes, either.

Instead, Suda said, Let it Die is more the result of something that he's wanted to do for a long time: incorporate more online elements in his games. He's keeping that part of the game secret for now — we know that it's asynchronous, for example, but not precisely how that will work — instead preferring to reveal more in the coming months.

I walked away from Let it Die impressed but eager to learn more. The free-to-play model conjures up mixed emotions. On the one hand, if I don't like the model, I can choose not to play a game. Simple as that. On the other, even when I think a game's done free-to-play fairly, there's almost always a nagging sense that I'd still rather just have paid up front.

I don't know whether Grasshopper Manufacture will strike a balance that seems fair, but before I left, Suda made it clear that he and his team are sensitive to that concern. They're building a game where you can spend money if you want to, he said, but they're also making Let it Die — a free game that looks like a $60 AAA title — so that nobody confuses free-to-play with pay-to-win.