Homefront: The Revolution lacks the one thing required for a successful uprising: passion.

The out-gunned, outnumbered insurgency trope is a shooter staple. Most recently, the Far Cry franchise has repopularized it, toppling militaristic dictatorships in foreign lands.

But what about taking back America from an oppressive invader? Beginning with the first game in 2011, the Homefront franchise has attempted to capture the spirit of '80s movie Red Dawn — even going so far as to work with that film's director and co-writer John Milius as a "story consultant" — with mixed results. The second game in the series, Homefront: The Revolution, continues this trend of subversive mediocrity.

Once the action starts, Homefront: The Revolution settles into dull missions and gameplay

In the Homefront universe, North Korea is a technological superpower, providing the United States with cellphones, computers and aircraft carriers. Unfortunately for us, this technology is riddled with back doors and, one day, the North Koreans decide to shut everything down, leaving our borders defenseless. "The Norks" (the derogatory term used for the North Korean invaders in Homefront) easily storm the West Coast and take over the nation in just a few years.

The Revolution picks up in 2029, with the North Koreans maintaining full control of most of the country. Set in Philadelphia, the game focuses on an insurgent force attempting to retake the city from the Korean People's Army. A full-on assault would be suicide, so guerrilla hit-and-run techniques with makeshift weaponry are the order of the day. You take on the role of one such insurgent, new in town and eager to prove your mettle.

The setup for the universe's story isn't half bad, and it's more grounded than I would have expected. But once the action starts, Homefront: The Revolution settles into dull (and at times painfully frustrating) missions and gameplay.

Much of The Revolution takes place in large open sections of Philadelphia. Upon entering these areas, you're presented with simple go-here-and-collect-this-thing/kill-these-people story sections. Alternately, you can opt for side missions to retake chunks of the city by, well, killing a bunch of people or hacking computer screens. The Revolution seems satisfied to pad its gameplay with familiar side objectives that rely on mindless shooting and bad first-person platforming.

A few hours in, The Revolution does seem to be taking things in a unique direction, though. Certain areas of the city, called Yellow Zones, are civilian areas occupied by the North Koreans. Unlike the mindless combat of the Red Zones, here you have to use stealth and subversion to turn the populace to your side. It was an exciting few moments, until I realized that turning the populace to my side meant side missions like "turn on this radio" and "give this homeless person ten bucks" (seriously). Do enough of these and the area will unlock a new story mission. Hooray.

Your reward for completing these objectives is currency to unlock new weapons and perks. Some of these, like a pneumatic pistol that requires steam pressure to fire or a remote-controlled buggy attached to a hack device, are interesting, but mostly you'll find yourself using familiar machine guns, sniper rifles and rocket launchers.

Beyond this gear there's little sense of progression, and the thrill of a new environment certainly isn't enough encouragement to keep you going. There's usually a sense of excitement when it comes to exploring wide-open areas in games, but instead of the inviting mountains of Far Cry or the majestic minarets of Assassin's Creed, Homefront leaves you mucking around in a crumbling, ugly metropolis. There's just one area in the game that doesn't look dilapidated, and it's quickly replaced by a bland, foggy expanse that looks like it just survived a nuclear attack. It's far from the travel brochure the city of Philadelphia might have been hoping for, and it lacks the occasional landmarks and bright spots that make Fallout's worlds so much more inviting. 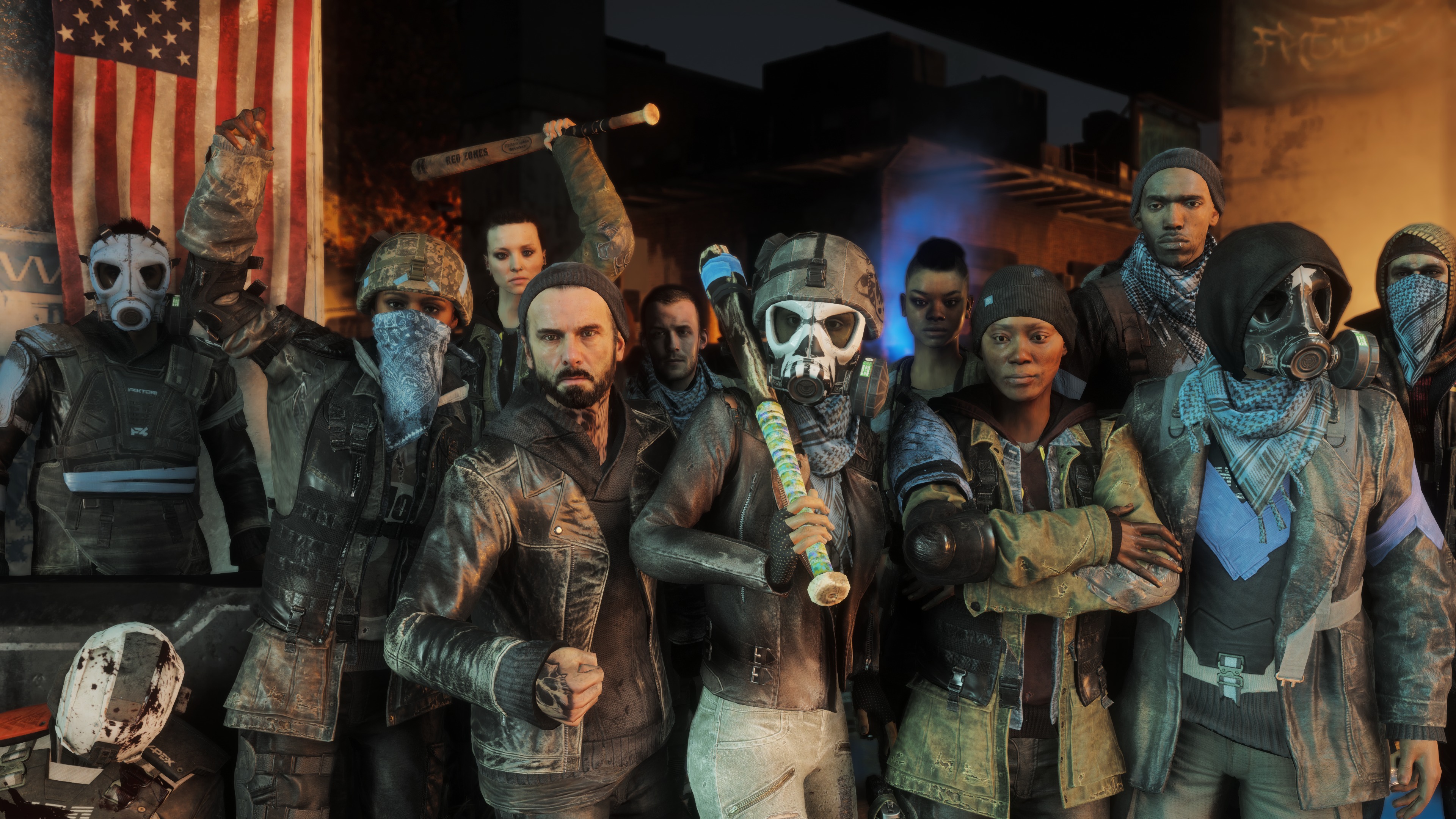 While The Revolution's campaign doesn't offer any multiplayer, there is Resistance Mode, which offers co-op if that's something you're looking for. Set across the campaign's larger maps, the co-op mode lets you and three other freedom fighters team up to complete the same dull objectives from the campaign. As if you hadn't already had enough of "defend this point while your buddy hacks a computer."

Resistance Mode does offer a peculiar character creation and unlock system, letting you customize your created hero as you level up. Vanity items are paired with weapon and skill enhancements that increase your ability to revive friends or your damage resistance.

Many of the customization items rely on a "random box" mechanic that feels destined for copious in-app purchasing (assuming anyone will want to play this mode for more than a couple of hours and spend real-world money in a middling game, which seems unlikely).

The one way this dry world could be brought to life would be through a fun, original story and cast of characters, but Homefront: The Revolution is uniformly charmless throughout. The writing settles for cliche wherever it can. Missions are bookended by painful dialogue from cigar-munching soldiers. Eye-rolling exclamations like "the people are ready to rise up, they just don't know it yet!" and "it's every shade of crazy, but it'll work!" are frequent and painful.

The story reaches the same low bar, with predictable beats of friends sacrificed for the greater good and suspicious allies who turn out to be (gasp!) working for the enemy. There's hardly any story development or arc, either. It's a simple tale of taking back a city without ever striving for something more. It's as thrilling as reading a Wikipedia page.

Homefront: The Revolution is doing little more than checking off boxes

Perhaps the saddest thing about Homefront: The Revolution is that it's capably developed. It's not buggy (at least not in the PC version I played) and it runs smoothly. The guns feel fine; the lone vehicle (a motorcycle) is easy to control. But there's never a moment that feels like it's reaching for something more than a check-the-boxes open-world shooter. A successful insurgency swings the people in its favor with fancy ideals and arguments for why things can be better. The real city of Philadelphia knows this all too well. But Homefront's Philadelphia likely would have laid down for the British rather than suffer through another collection mission.