A master class on The Elder Scrolls: Legends and a tease about its campaign

Lanes, superfans and a branching campaign; this isn't Hearthstone

Share All sharing options for: A master class on The Elder Scrolls: Legends and a tease about its campaign

It's Pete Hines' job to sell games, but the best pitch that Bethesda Softworks' VP of PR and Marketing gives for The Elder Scrolls: Legends isn't scripted or practiced or pulled from a list of talking points. It's the look on his face. And it reminds me of something he said last year.

For several minutes before I caught the look, I'd been bumbling my way around the upcoming competitive card game. It was more than enough time to remember that my learning curve on games like The Elder Scrolls: Legends looks roughly like the trajectory of a space shuttle after launch. I've played a bunch of card games, and I know the commonalities, but I'm far from an expert. If I was ever going to be good, it wasn't going to be the first time I played it.

Still, it was familiar. I was looking down at the game board. My deck was on the bottom of the screen, and my computerized opponent had his own up top. We battled in turns. I played a card, and then my opponent played a card. Everything was animated with a bit of whimsy, with snarling cards rearing up and pouncing to attack. Every time they did, bits of sparkles and puffs of smoke buttressed the action. Even the sides of the board were animated, making it feel like I was sitting at a magical table.

If this sounds familiar, then maybe you've played a few hands across from the elephant in the room. Yes, in presentation, The Elder Scrolls: Legends bares a striking resemblance to Blizzard Entertainment's Hearthstone: Heroes of Warcraft. I don't see that as a problem, any more than I see a problem with Mario and Sonic games both being, at their core, platformers.

I can hold my own with a platformer. I've been playing them since I was a kid. Collectible card game, though? That's a different story. I need time to learn before I become, well, competent. As I stood there playing, it was clear that I was going to burn most of my calories just trying to figure why the last move I made ended in disaster. So I turned to Hines, who was standing next to me, and I asked him if he wouldn't mind showing me how is done.

I figured that he's good for it — and not just because that's his job. He unveiled The Elder Scrolls: Legends at Bethesda's first E3 press conference last year with genuine enthusiasm. He has a reputation for being a die-hard card game player, and though The Elder Scrolls: Legends is unlike Bethesda's other games, it frames its card battles with lore born of the popular and well-received Elder Scrolls role-playing game franchise. And Bethesda partnered with the card game-focused developer Dire Wolf Digital to create the game for PC and iPad (at least initially, as Bethesda is fond of adding "with additional platforms to be announced" to its press releases).

A few minutes later, after he and a couple of developers cranked the difficulty all the way up, Hines shows me and a small crowed gathered around how to play The Elder Scrolls: Legends like a pro.

Switching it up with lanes

Hines doesn't have to work hard to sell his enthusiasm, because it was already on display before I ask if he'd mind playing a round himself. He stood in front of a monitor talking out his strategy for the upcoming free-to-play card game, and game me the kind of tutorial that I hope The Elder Scrolls: Legends ships with.

Though he doesn't frame it in quite this way, I realize immediately a big difference between Bethesda and Blizzard's takes, and it has to do with a line drawn on the game board.

The Elder Scrolls: Legends' playable area splits invisibly down the vertical middle, and that design adds a bunch of strategy. For example (and most obviously) you can place your cards in a lane directly opposite that of your opponent for a direct battle. Or you can spend your turn placing a card on the opposite, perhaps undefended lane. Imagine that you're getting destroyed in the right lane. It could make a lot of sense to start a parallel battle over in the left lane.

The lanes have different roles, depending on what game type you're playing, too. The Elder Scrolls: Legends Cover system, for example, protects cards placed inside of one lane. Your opponent can't attack a card until your next turn. That means you can attack first. In that scenario, the second lane becomes a way to bypass a blockade of nigh impenetrable cards.

Lane effects are hand-crafted wrenches in the gears of the game, and their variations seem poised to make each game feel unique. You might begin a game and learn that one lane grants a bonus to a type of character, potentially making the cards you draw each round instantly more valuable.

Hines placed his cards in lanes, explaining why he did what he did and what he hoped would happen often several moves ahead. But, of course, in a game with random card draws built it, he couldn't predict exactly what would happen, and his strategy evolved as the game unfolded.

Those gathered around us for a master class in The Elder Scrolls: Legends' player-versus-enemy component, but Bethesda and Dire Wolf Digital have more planned for the game. Though it hasn't been shown yet, The Elder Scrolls: Legends will have a single-player campaign, which might include the most interesting part of this take on digital card games.

Set in The Elder Scrolls' world of Tamriel, it is, in part, designed to teach players about the game. That includes Arena mode, where you battle against eight AI opponents and an AI boss, and Battle mode, where you can test the decks you've built to play against AI or human opponents.

In part, it seems designed to encourage players to dabble in all of the game's modes, too. Some of The Elder Scrolls: Legends' modes will include exclusive rewards. When you play in the Arena, Hines said with a grin, you'll earn the Adoring Fan card. It's designed both as a bit of fan service (in The Elder Scrolls 4: Oblivion role-playing game, the Wood Elf is an NPC super fan, willing to do most everything a character wanted him to do, fighting excepted) and also another wildcard because his abilities will be strange compared to other cards. 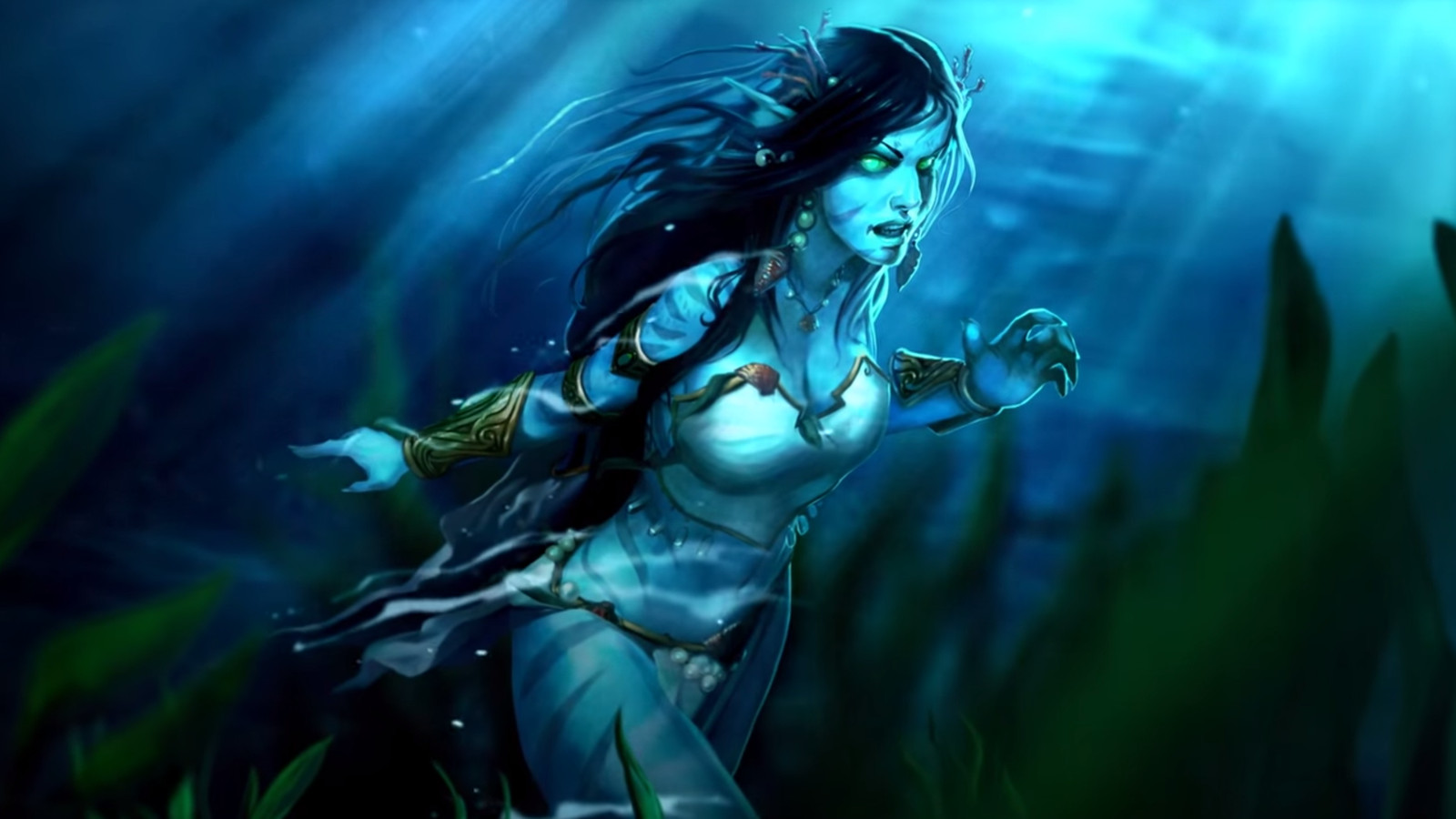 The teased-but-not-detailed campaign, Hines said, won't exactly be straightforward. Of course, it will take players on a guided journey though the game and its systems, but the guided tour won't always be linear. At various points, cutscenes will appear, and players will have to make decisions outside of the context of the card game.

Without getting into specifics, Hines talked about a hypothetical situation where players have a choice to make: Should they intervene to save a character, or would it be better to it die? There doesn't seem to be a wrong answer, but the choice has consequences. It reminded me of a Choose Your Own Adventure book, where a shared beginning invariably splits into many possible paths, depending on the choices of readers — or, in the case of The Elder Scrolls: Legends, players.

Given that the campaign is still almost entirely secret, the consequences of those choices aren't yet clear, but the implications sound interesting. If the rewards prove worthy, it could encourage players to replay the campaign and explore the various paths.