15 minutes of Dangerous Golf, a ridiculous golf game from the creators of Burnout

Share All sharing options for: 15 minutes of Dangerous Golf, a ridiculous golf game from the creators of Burnout

Earlier this year, brand-new indie studio Three Fields Entertainment announced its first game: Dangerous Golf, a silly physics-driven arcade game that wears the studio's origins on its sleeve. Despite the difference in vehicle — Dangerous Golf involves steering a golf ball, not a car — the game is in many ways a spiritual successor to the Crash mode found in Criterion's Burnout racing games, a series (and studio) created years ago by Three Fields' founding members. 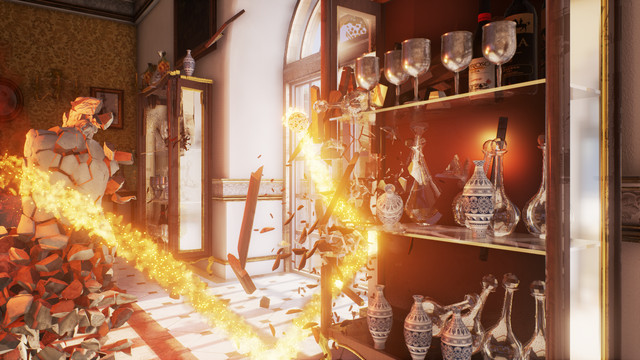 Dangerous Golf is the surprising, explosive new game from the creators of Burnout

Above, watch 15 minutes of PlayStation 4 gameplay from Dangerous Golf, featuring holes including a kitchen packed with dozens of dinner plates, a fancy dining room full of champagne and statues, and a gas station that is particularly susceptible to flaming golf balls.

Dangerous Golf will be released on PS4, Xbox One and Steam this June.