The next day, Delilah calls to let you know that the line connecting the lookouts to the outside world has been knocked out. She asks you to hike to the comm line and inspect it for damage. When you're ready, head out.

Optional: Talk with Delilah about the downed tree

In your clearing to the northwest of your tower is an uprooted tree. Report the damage if you like.

Optional: Talk with Delilah about the weather

You'll see a few patches of chilly fog, which will open you up to a discussion about the cold mornings in Shoshone. 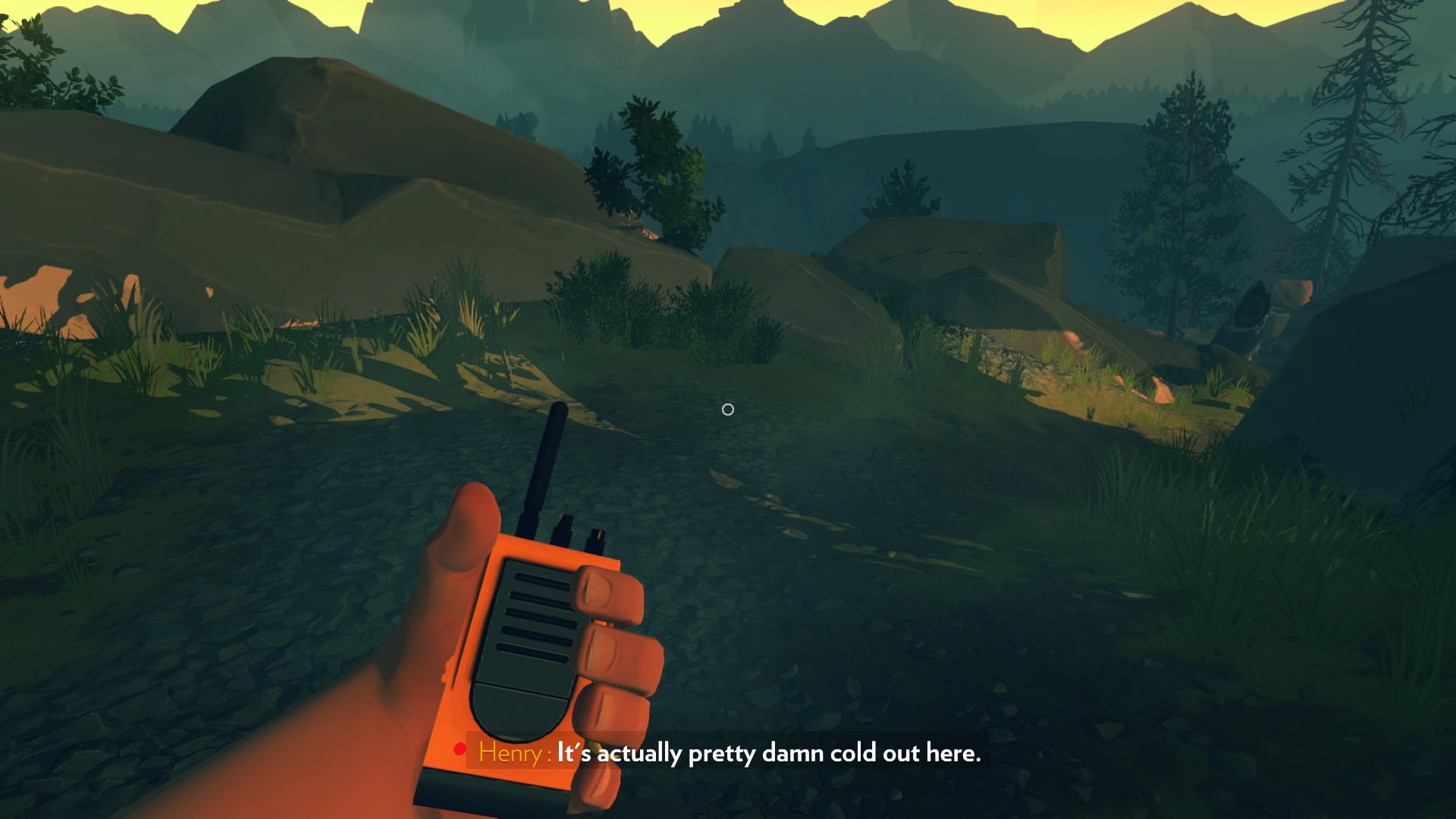 Go north to the winding trail you took to get home the previous night. While you're hiking, Delilah gets a call and accidentally leaves your line open while she talks to another lookout. If you ask her about it, she'll get annoyed and stop talking to you for a bit, but she comes back pretty quickly.

Make your way through the cave, then turn north and walk toward the dead log, hop over it, and continue until you find a gap in the brush you can clear away. It leads you to a new area. Keep walking north. Soon, you'll see the telephone line. Everything looks good, but Delilah asks you to follow the line north as far as you can go, just to make sure. 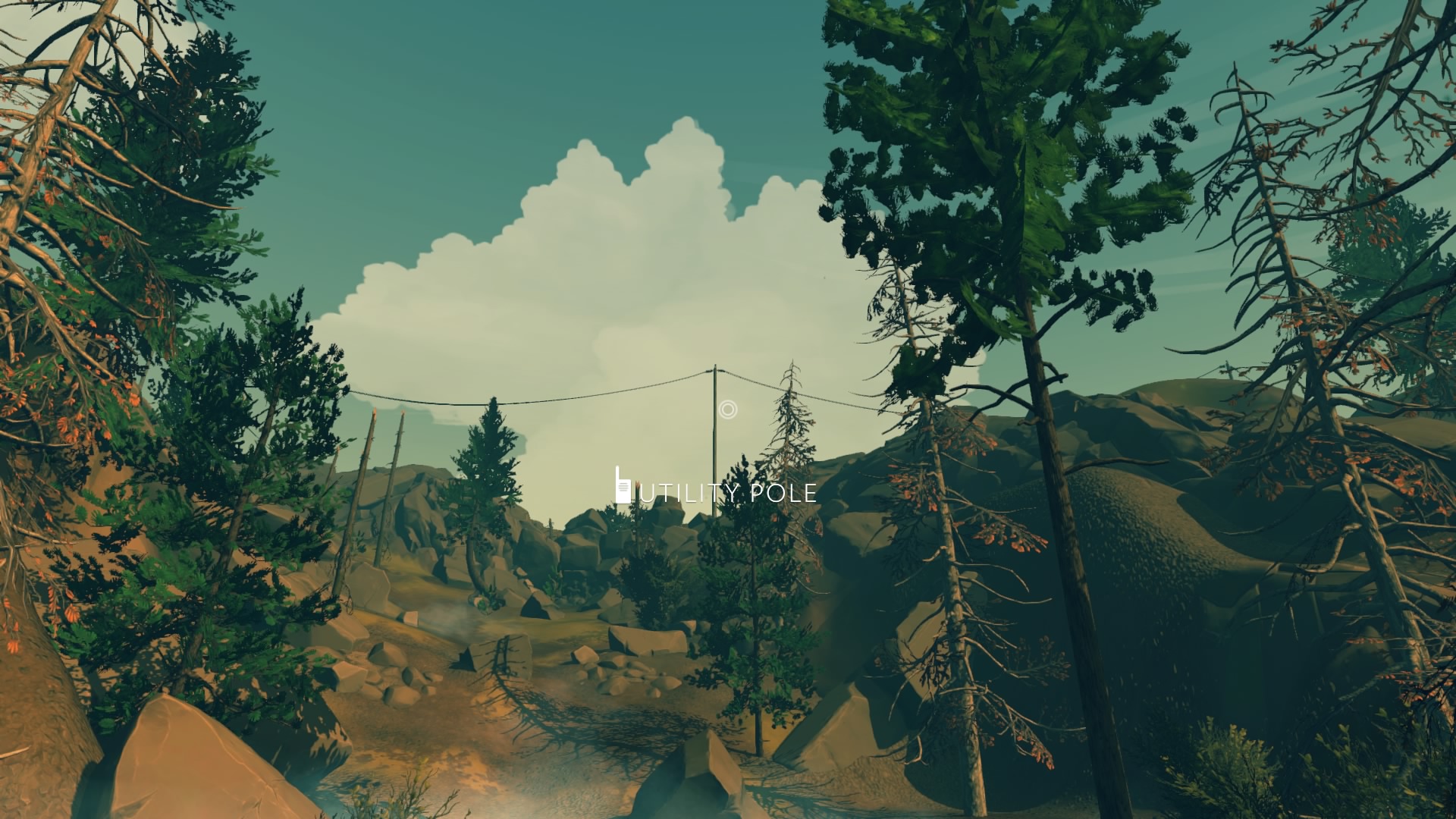 As you follow the comm wire, you'll see an old outhouse. Search around inside it to find a notebook with song lyrics written on it. “Old Shoshone” does not seem like the summer jam of 1989, but it’s an interesting find nonetheless.

Head east from there, and you'll come upon an old, dilapidated cabin. An unmarked white cache box outside it yields another sweet new hat for your collection, but there's not much else to see here, and Delilah doesn't respond to your inquiries, so just enjoy the view and then head onward. 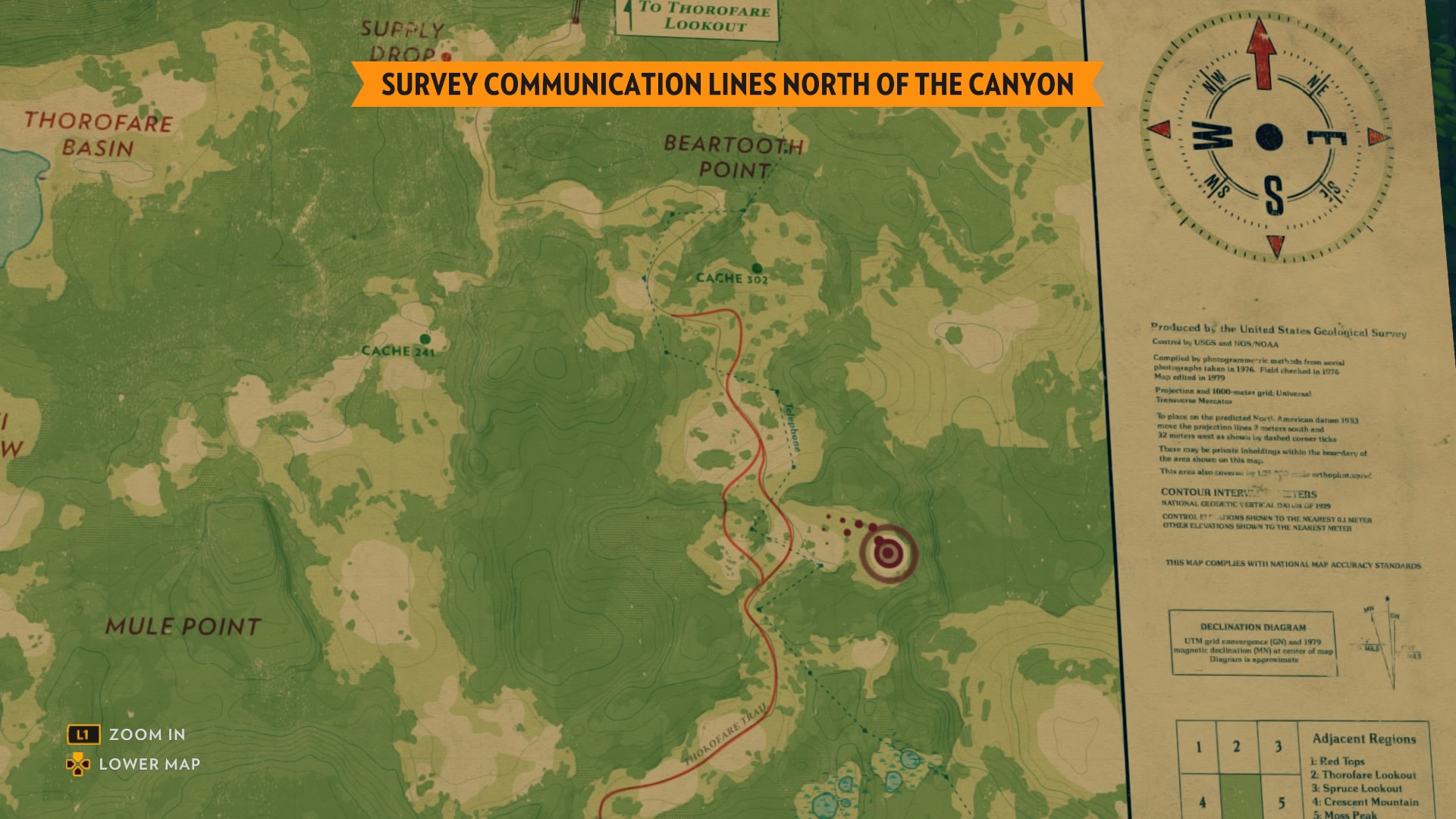 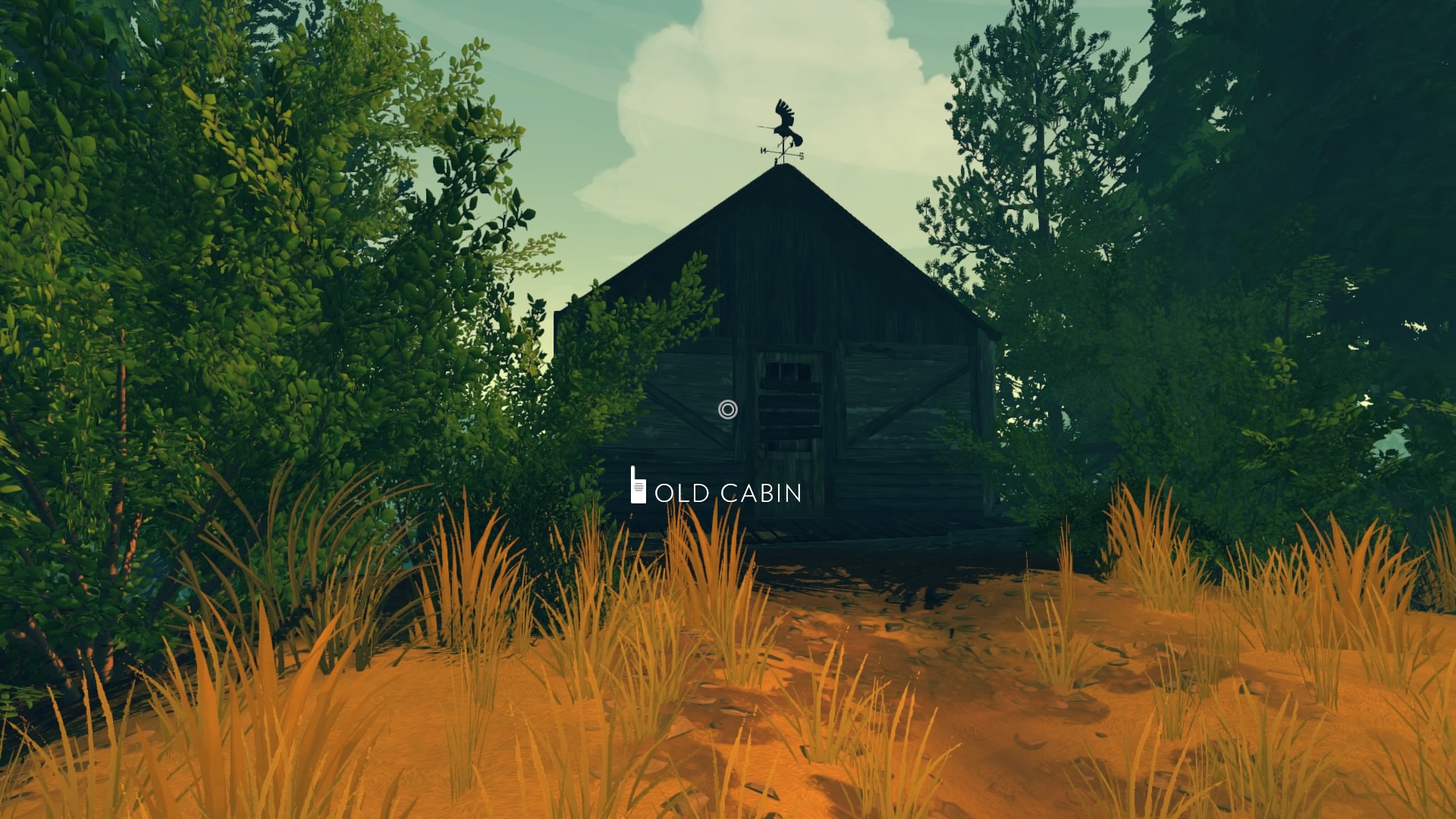 When you get to Beartooth Point, you'll notice a spot where the line appears to be down. Before you investigate further, head as far east as you can go, then head north to access the path to Cache 302. Nothing in here is terribly helpful, but you can get your map updated.

Is Ron being weird, or is he just responding to Dave being weird? Either way, things are weird.

Now retrace your steps and head over to the western side of the rocky outcropping. You'll encounter a steep drop, which means you won't be able to get back the same way. Report this to Delilah if you like. You'll also find some beer cans, which will suggest to you and Delilah that those rotten teens are to blame. Walk up to the spot where the line is down and report your findings to Delilah. Looks like it's time for you to harass some teenage girls! 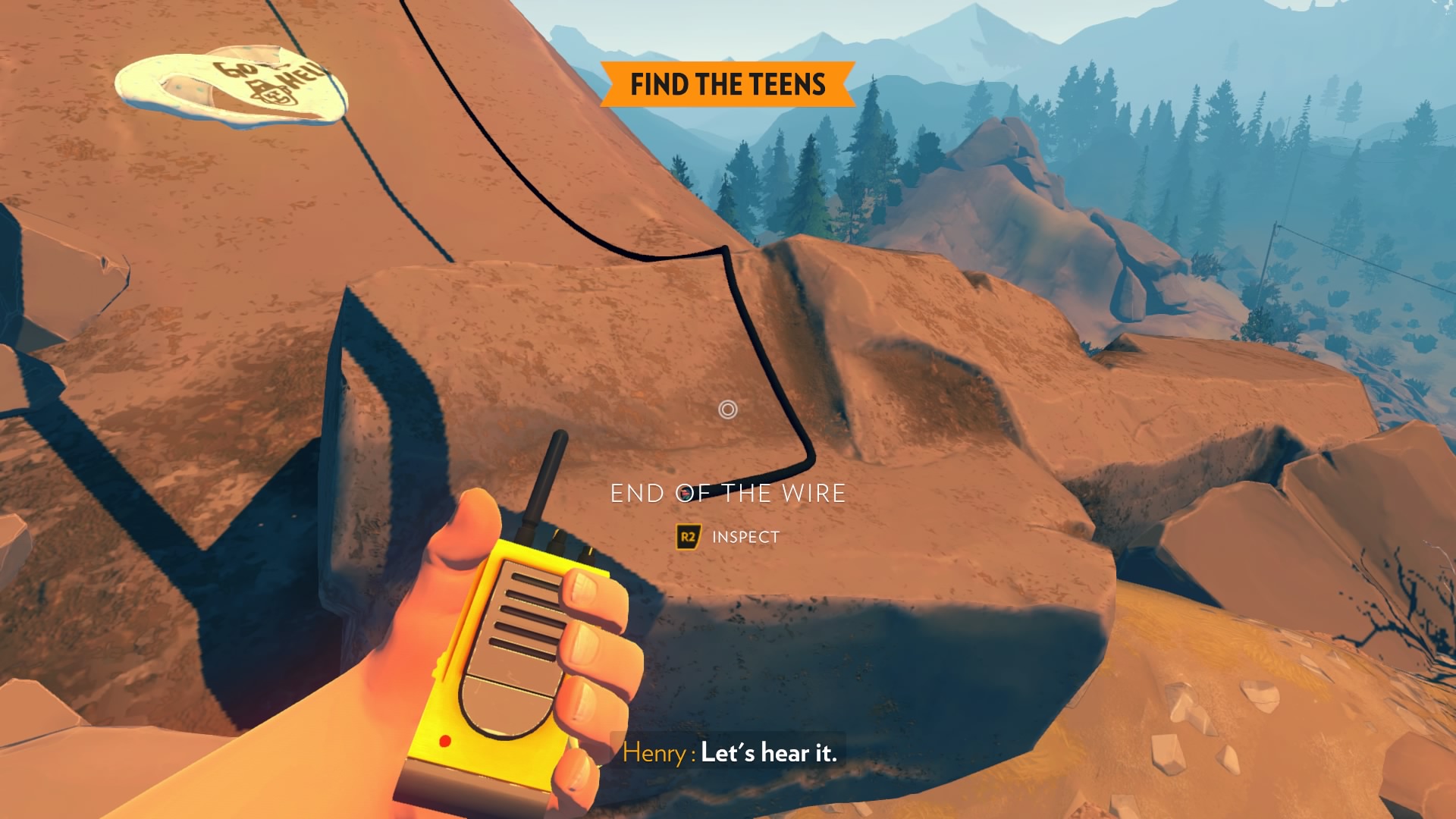 Go west until the trail splits, then go south. (You're heading toward Cache 241 on the map.) Soon enough, you'll encounter a backpack hanging from some branches next to a rocky outcropping. You'll need that backpack to proceed, so go retrieve it from the branches. Tell Delilah about it, and she'll tell you about Ned and Brian Goodwin. 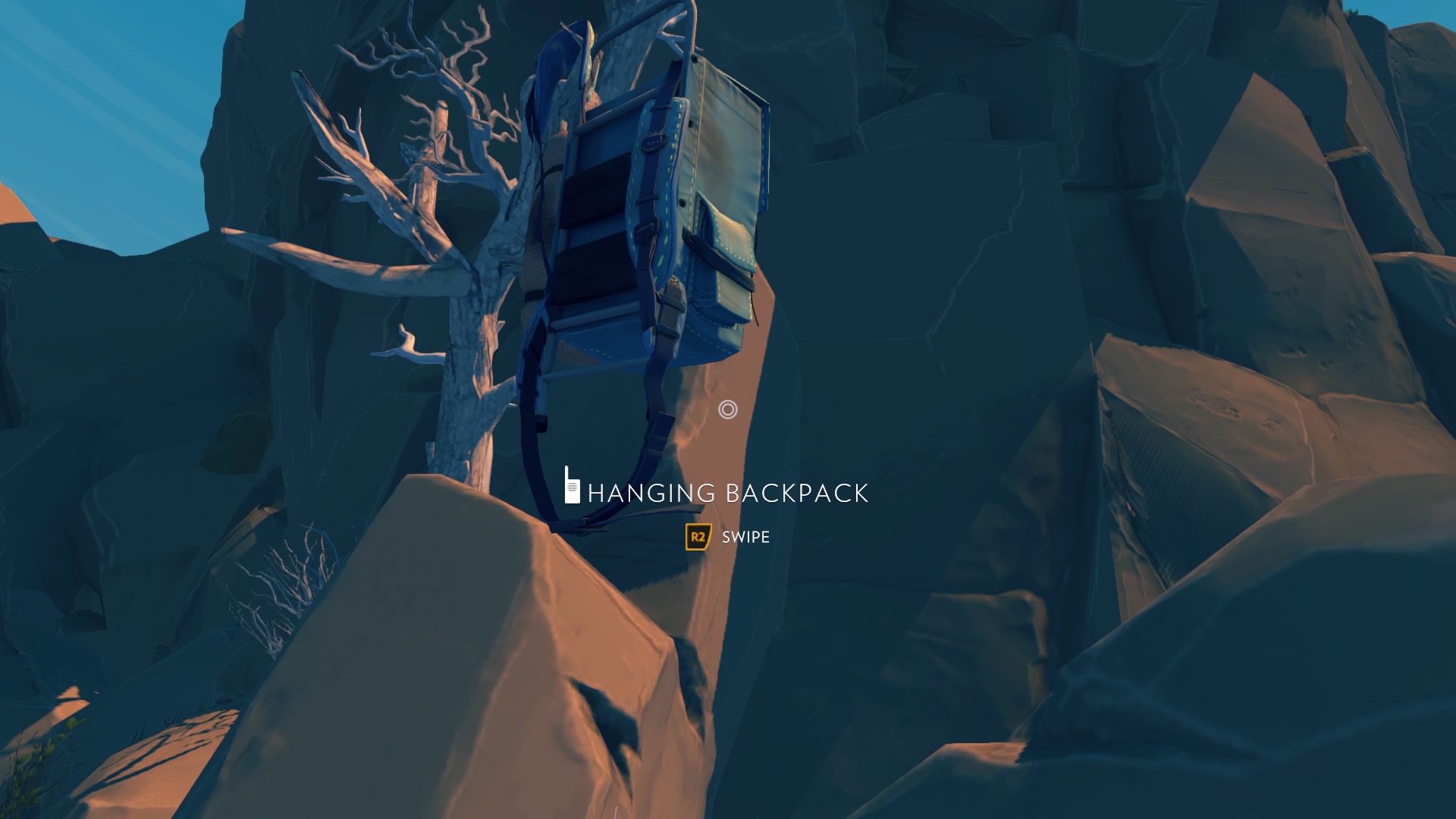 Now you have all the rope you'll need for rappelling, plus you have a camera! At several points during the game, Delilah will suggest you use the camera to take pictures of evidence in your investigation, but your game won't really be affected if you don't. Instead, try simply taking pictures of the most gorgeous and interesting scenes you can find as you wander the forest. You'll see why later.

Using your new ropes, make your way down the cliff to Cache 241 for …

Hmm, these two jokers have a special spot, do they? That doesn’t seem like anything that would ever come up again ...

Continue heading southwest until you find … a gigantic chain-link fence? Ask Delilah about it, but she's just as confused as you. 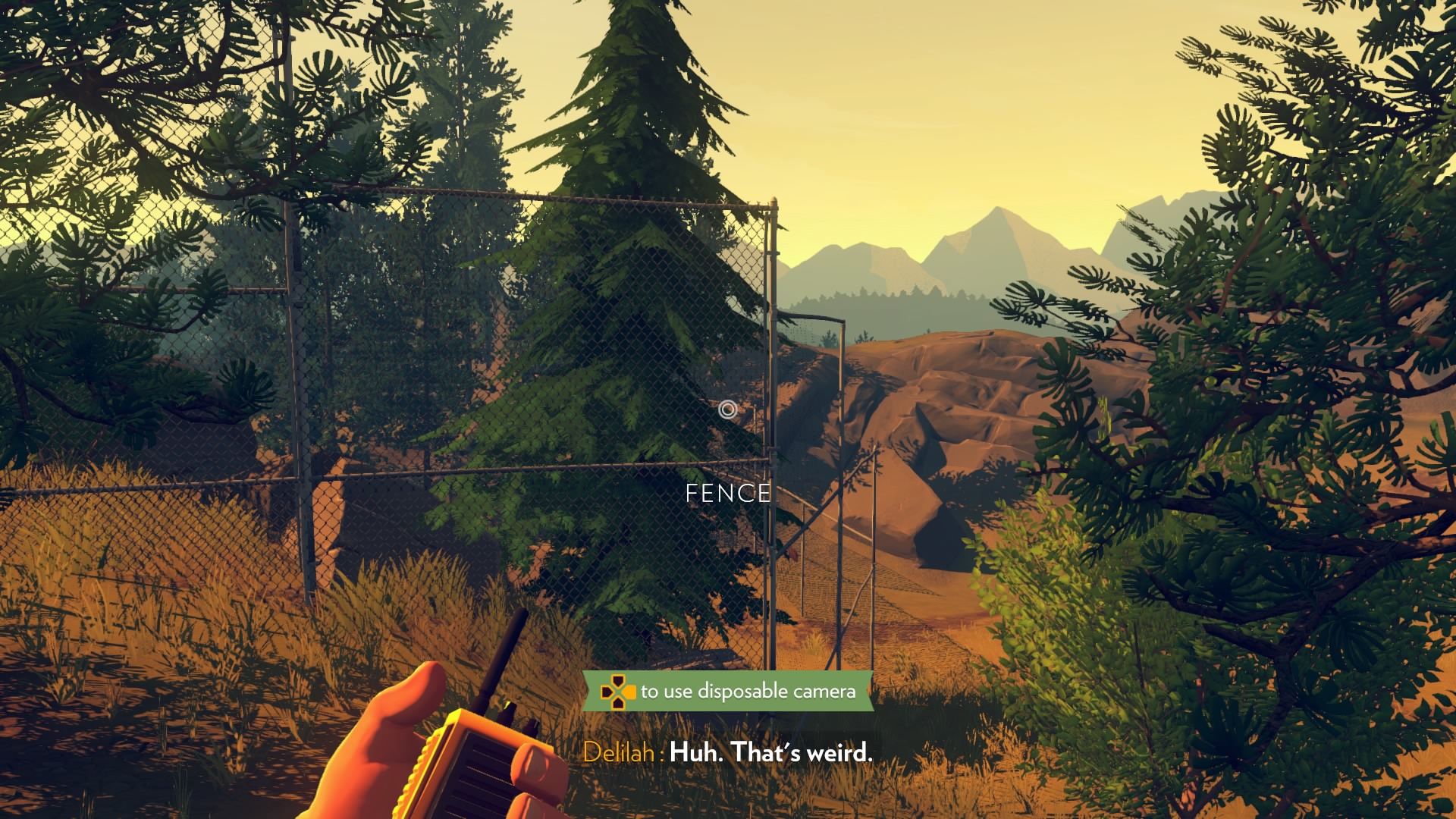 Turn south and walk through the burned-out meadow. This will prompt a discussion with Delilah about the 1988 Yellowstone fires.

Up to this point, you've been wandering somewhat aimlessly — but at some point, you'll be able to see a wisp of smoke to the southwest. Report this to Delilah and she'll direct you to investigate the spot. (If you don't report the smoke, Delilah will eventually give you the intel anyway.)

So now you're headed all the way to Five Mile Creek, in the southwest corner of the map. There are several ways to get there from your location. The most straightforward is to keep going south through the burned-out meadow, rappel down the cliff to the canyon, and follow the canyon back to Jonesy Lake. Once there, take the trail southeast until you're almost at the base of the shale slide you fell down yesterday. You'll see a spot where you can rappel down to the aspen groves that surround Five Mile Creek. 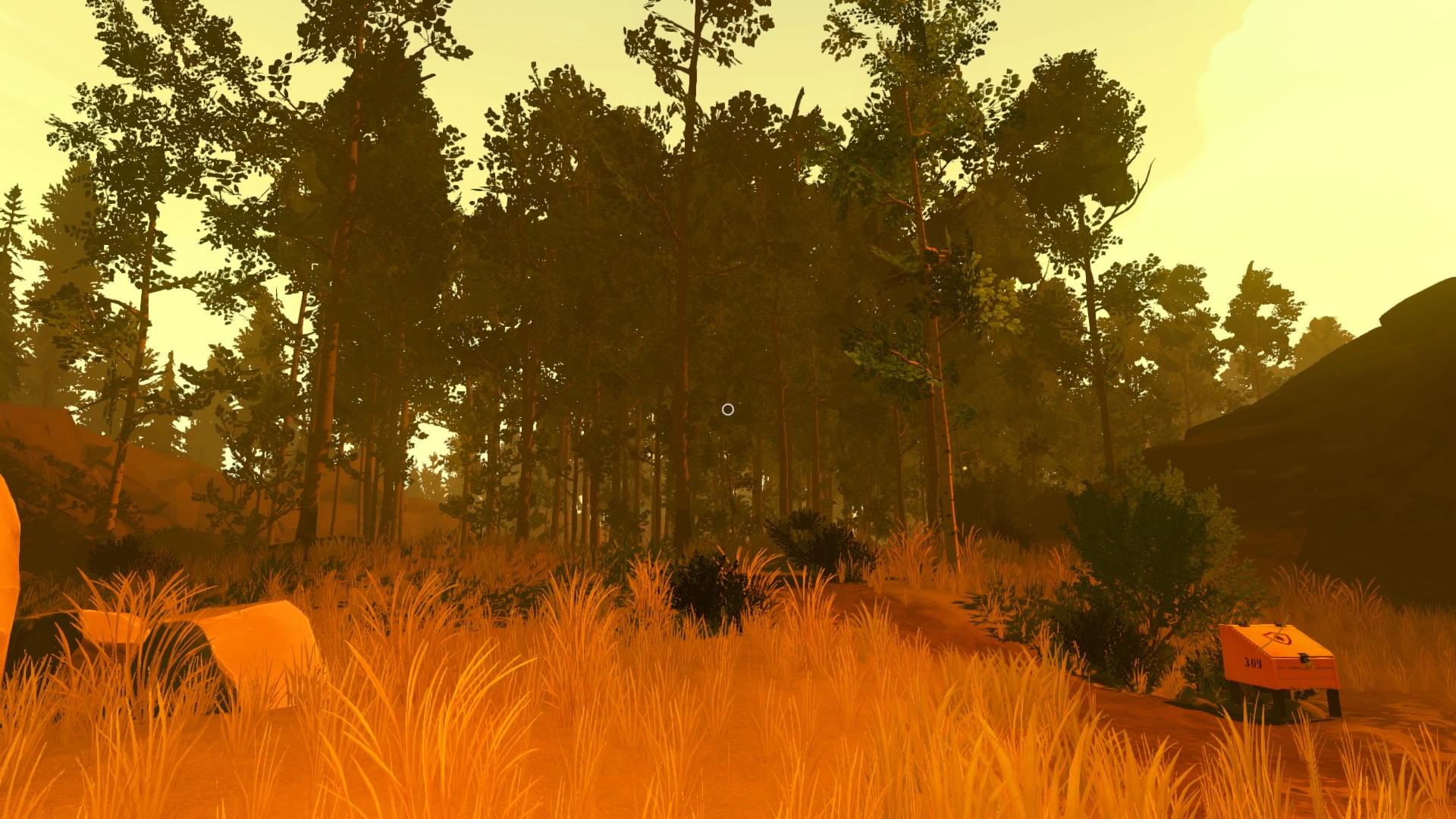 Cache 309 is in the grove. Check it out and update your map.

Optional: Talk to Delilah about the missing hiker

Delilah’s thoughts on the missing person flyer you find in the cache box will lead her to more information about Ned and Brian Goodwin.

Optional: Talk to Delilah about the aspen grove

Delilah is a little bit of a botany nerd, it turns out. Let her get excited about the aspen trees for a few minutes. 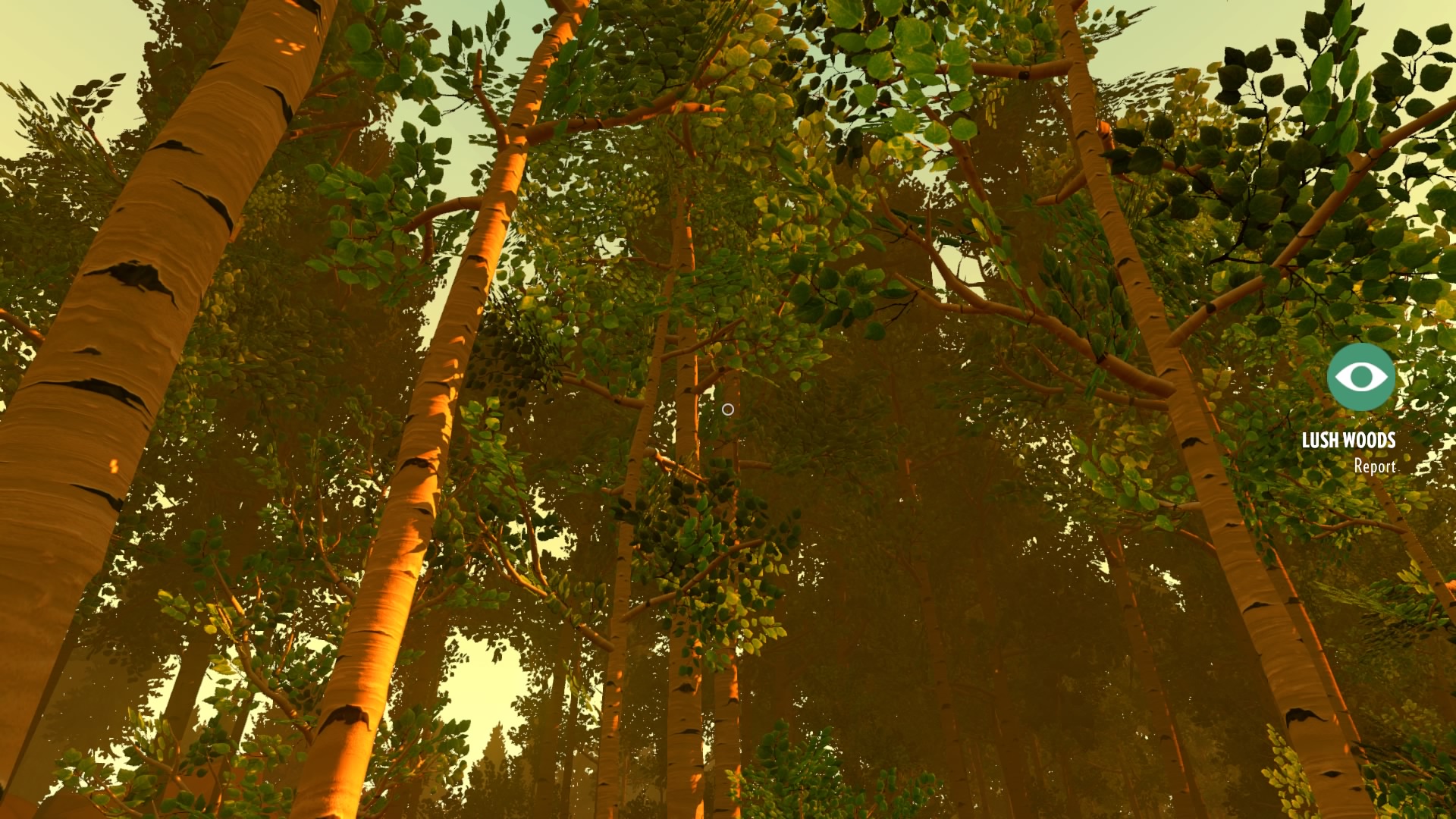 Optional: Talk to Delilah about the vista

At the southern edge of your map is a huge ravine with beautiful cliffs and trees. Ask Delilah what's out there. 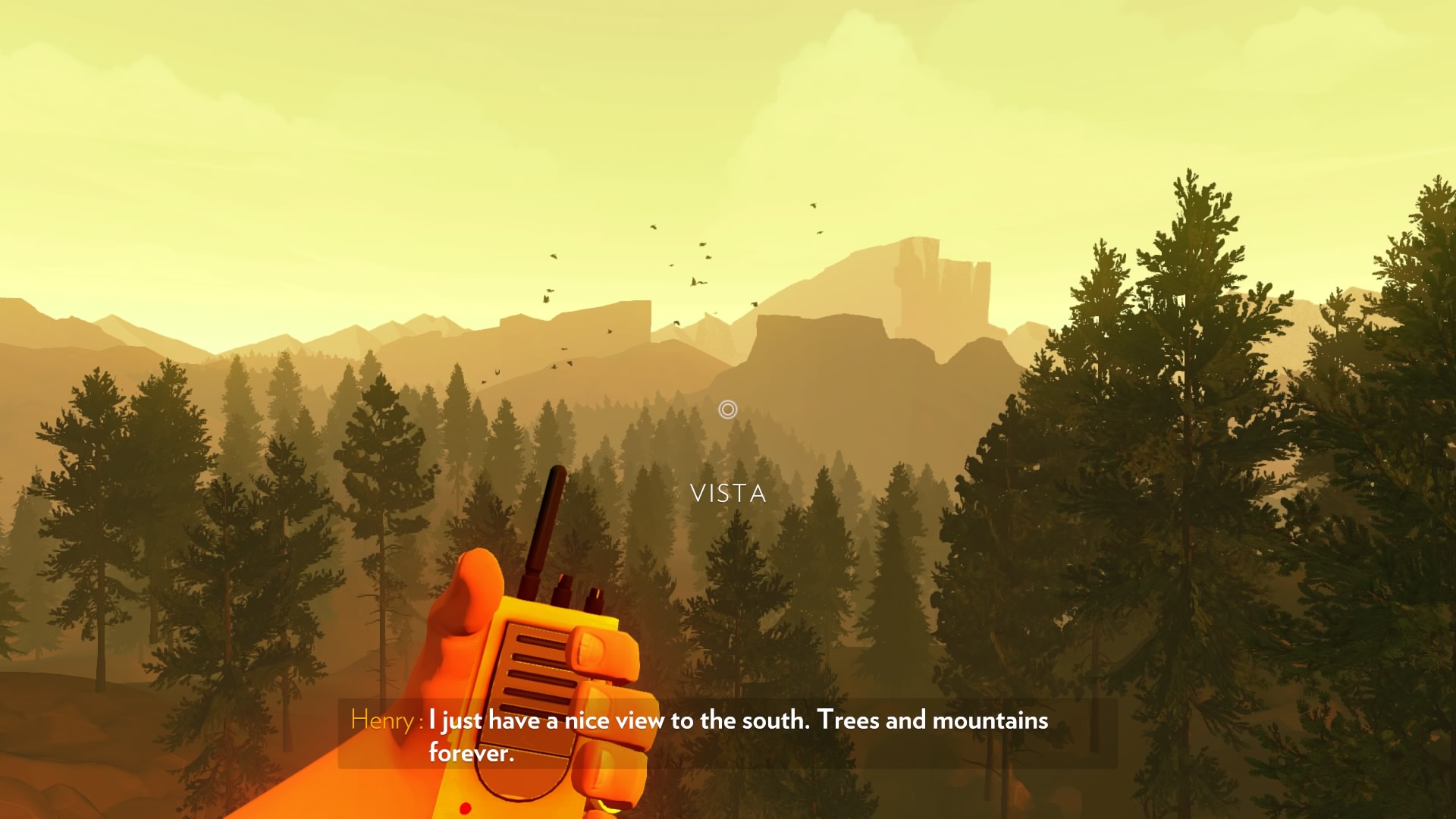 Follow the creek north to a clearing. On the way, you'll notice some ripped cloth dangling from a tree; report it to Delilah if you like. 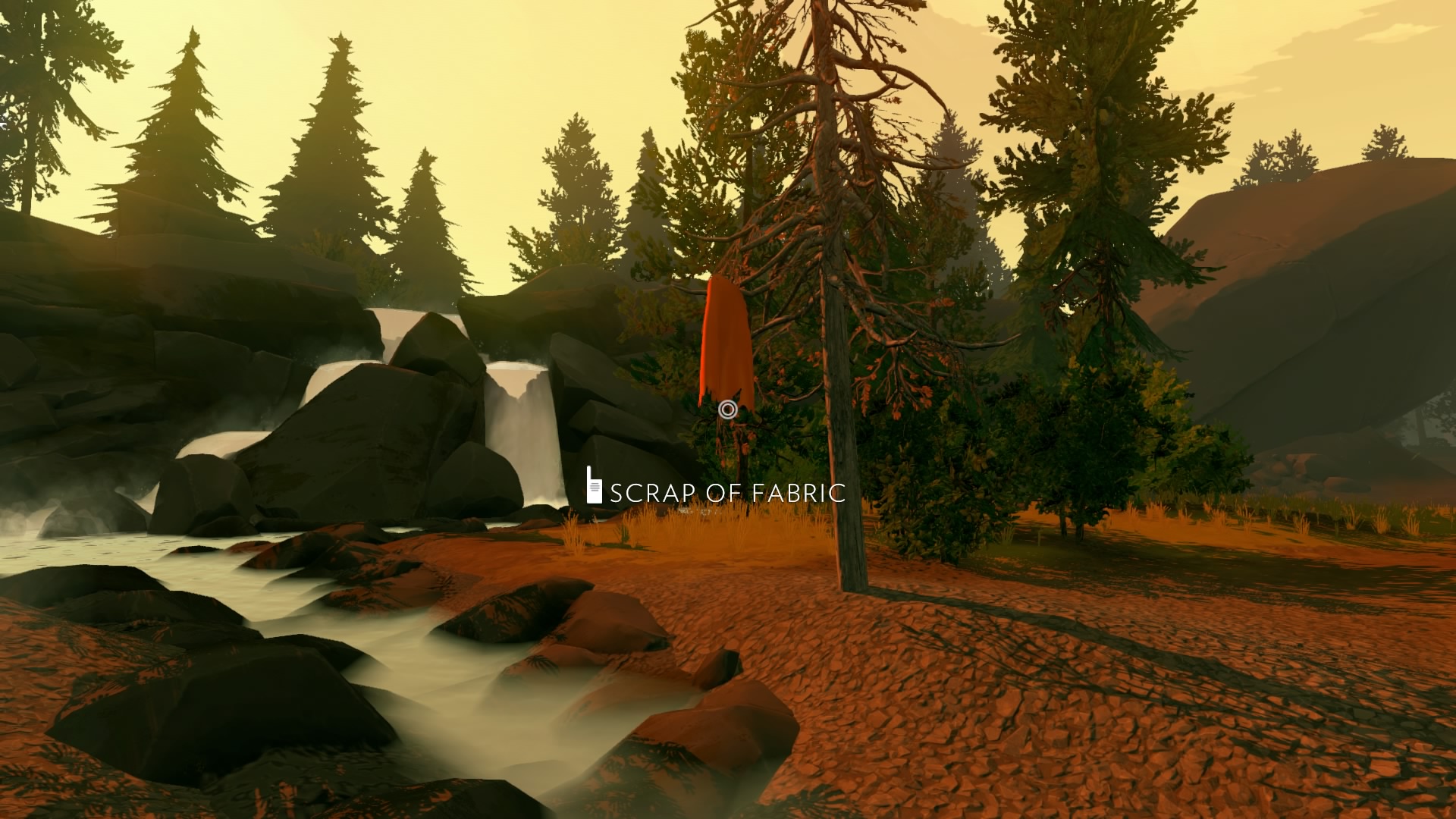 Optional: Talk to Delilah about the waterfall

As you follow the creek north into the clearing, you'll encounter a beautiful waterfall. You hope there are no naked teens frolicking in it.

Soon, you come across the teens' campsite, and you notice that things are a little … unusual. 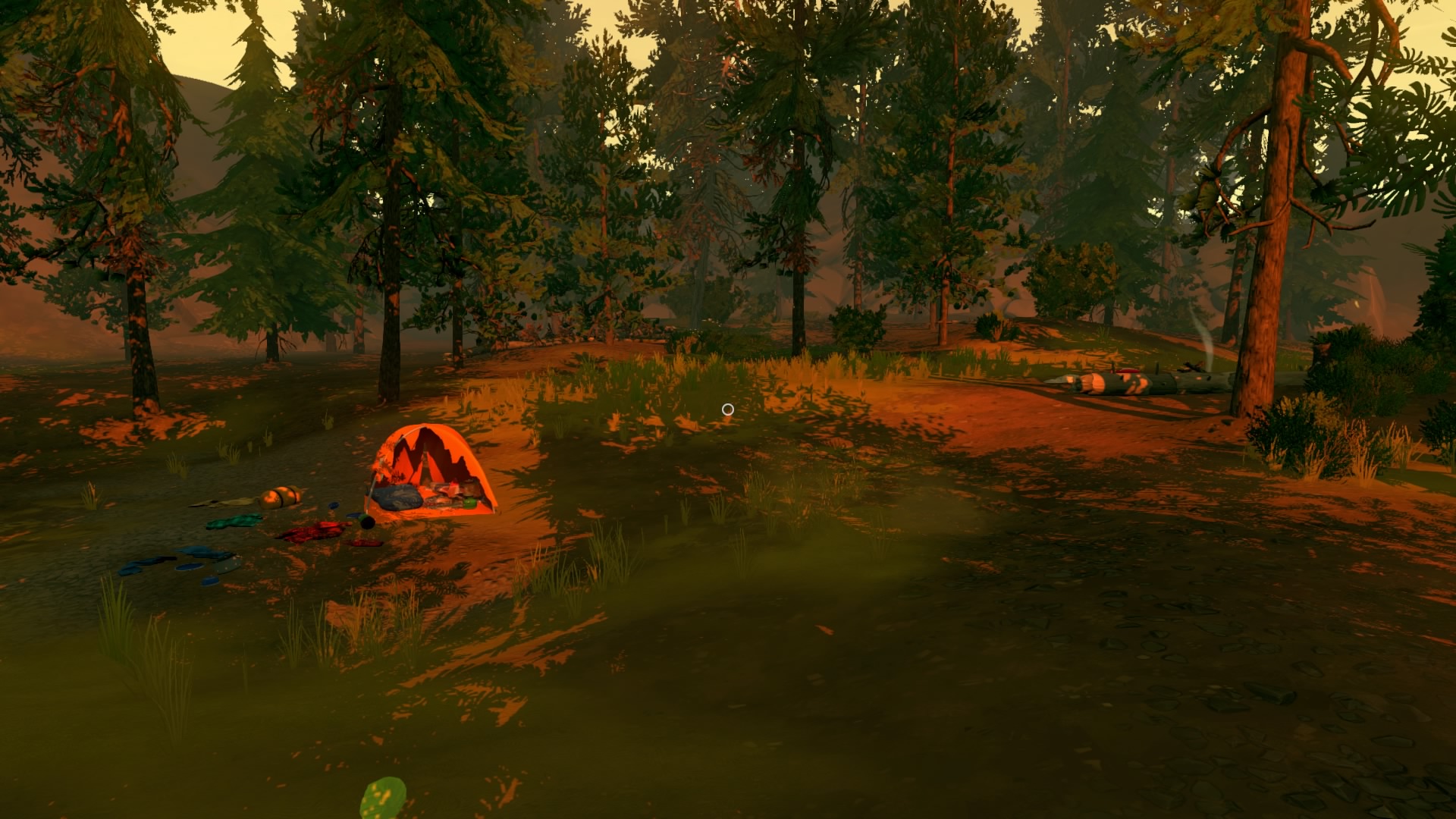 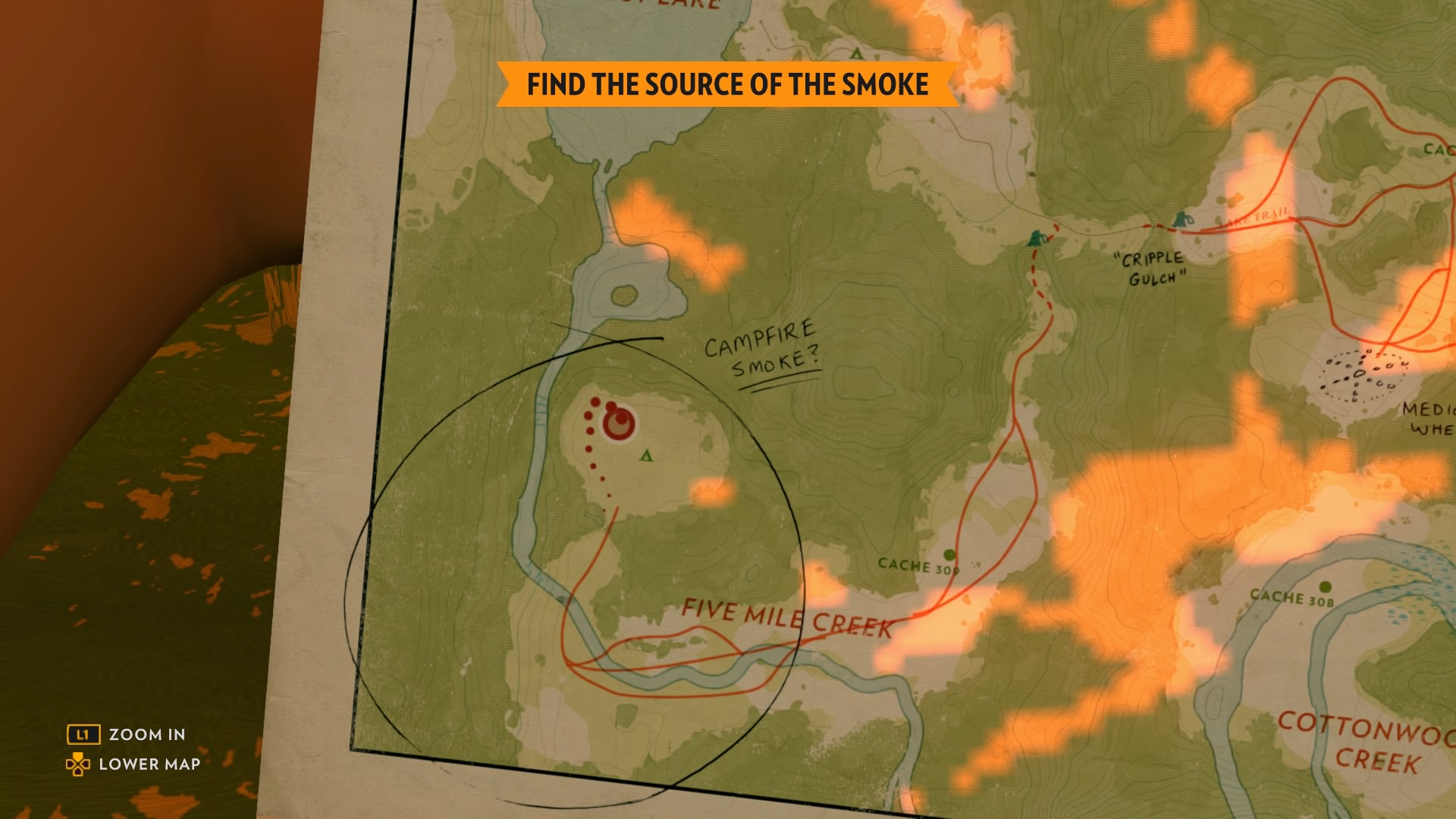 Go to the campfire first — it was left untended again, so stomp it out. There are a few items you can report to Delilah here — more beer, teen magazines (you can report each of the two magazines twice, with different dialogue options) and your own stolen sheets!

Next, walk over to the tent, which has been torn to shreds. Report on anything you like, saving the note for last. After you discuss the note with Delilah, Day 2 ends.