Time to investigate that cave. Head north from your watchtower and drop down from the rocks, taking the winding trail back to the cave's eastern entrance. Use the key you found last night to unlock the gate. 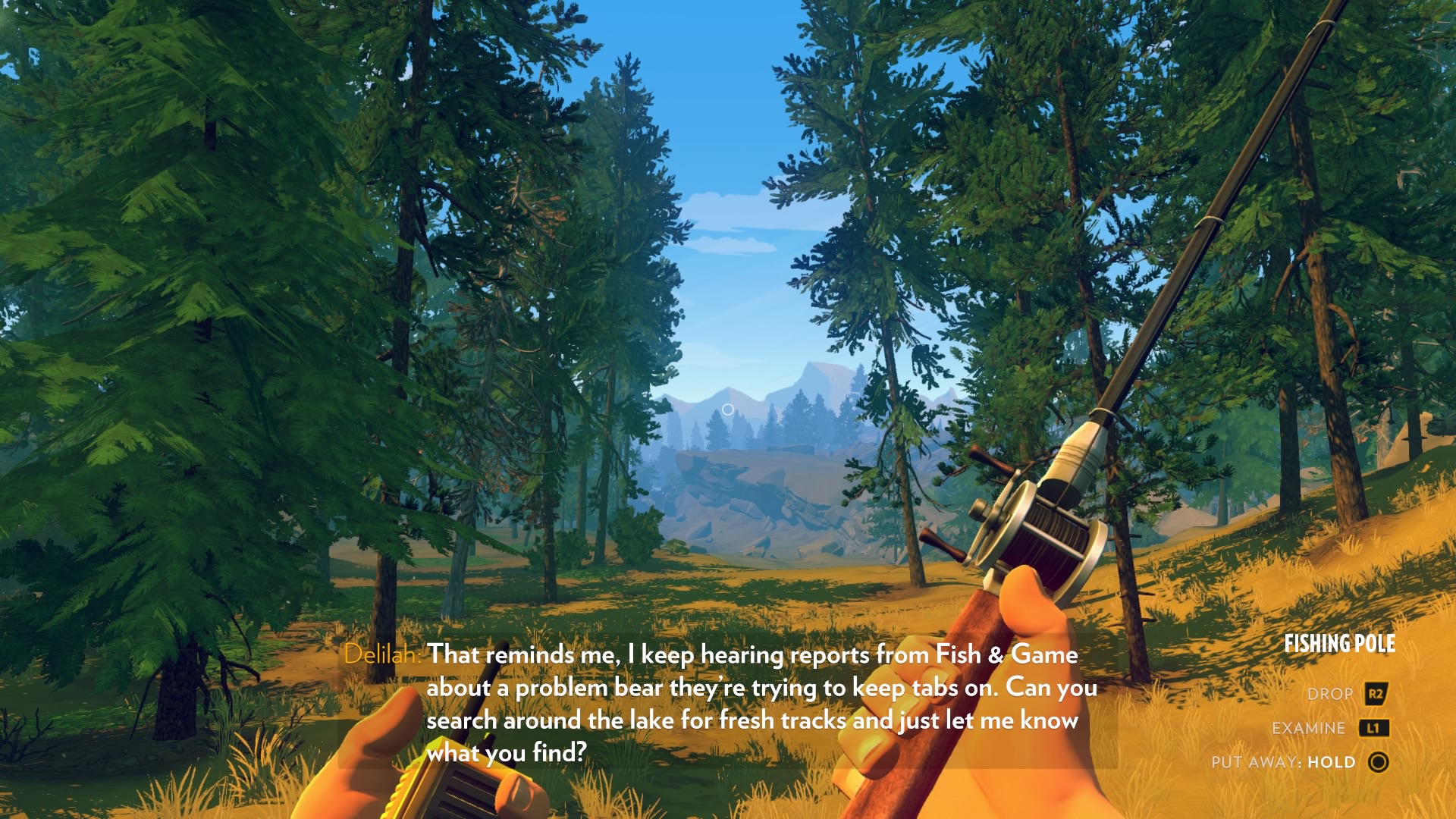 You're not very far into the cave when you hear a clanging noise — the gate has closed, and you can't open it from this side! There's no reception to reach Delilah this far underground, so you have no choice but to keep moving through the cave and hope to find another exit. Ahead of you is a long, steep drop — it looks suspect, so keep to the upper path instead.

Use your axe to clear some loose stones out of the way, and keep moving along the path until you find an exit. At one point, you will see a steep shaft to your right. Peer over the edge, and you will see a single red sneaker lying on a ledge. You can't get there, so swallow that uneasy feeling and keep moving. 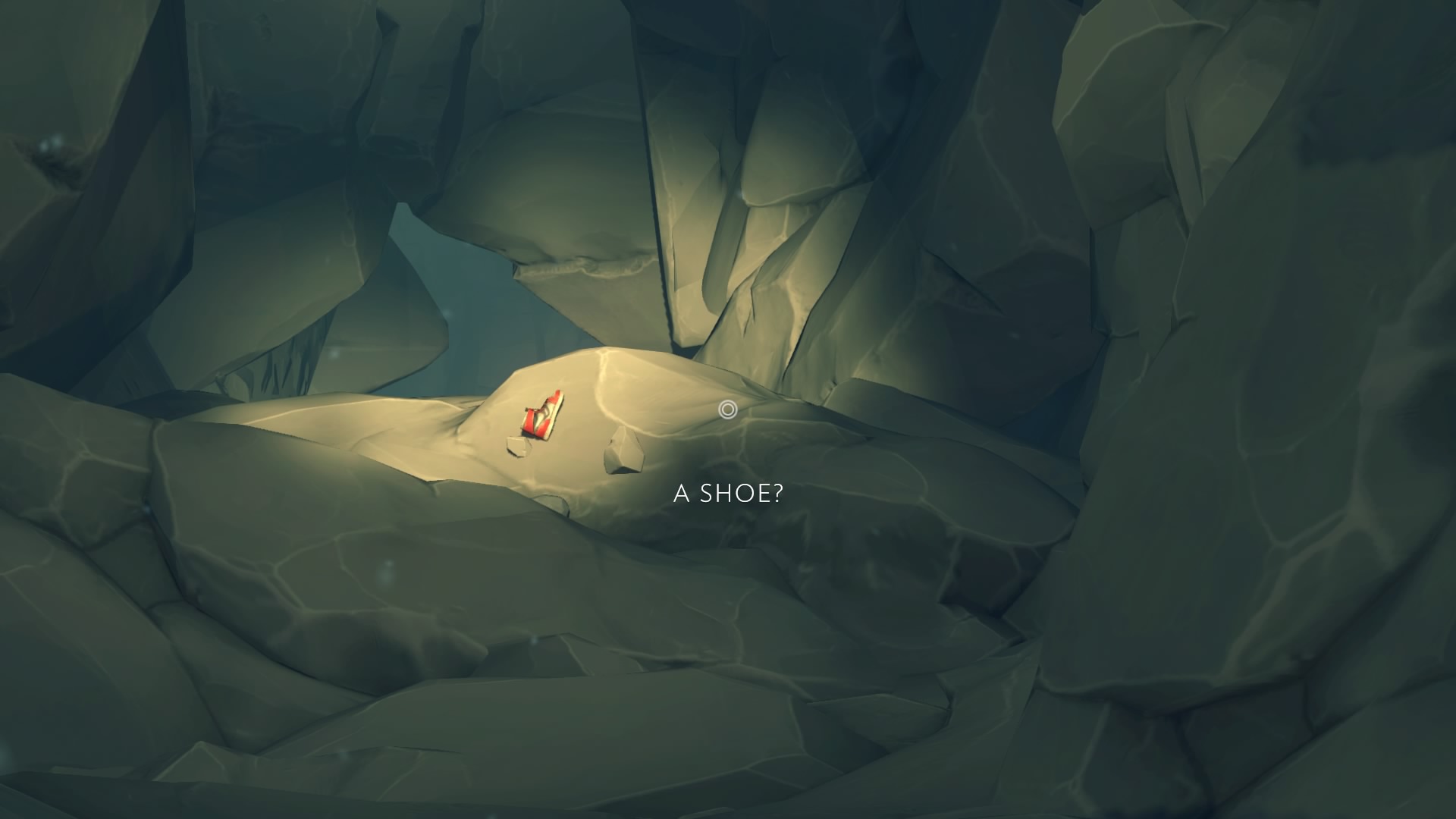 You emerge from the cave far to the northwest of where you came in, just south of the Hawk's Rest clearing. Walk towards the rocky overhang, and you'll discover Brian Goodwin's old hideout. 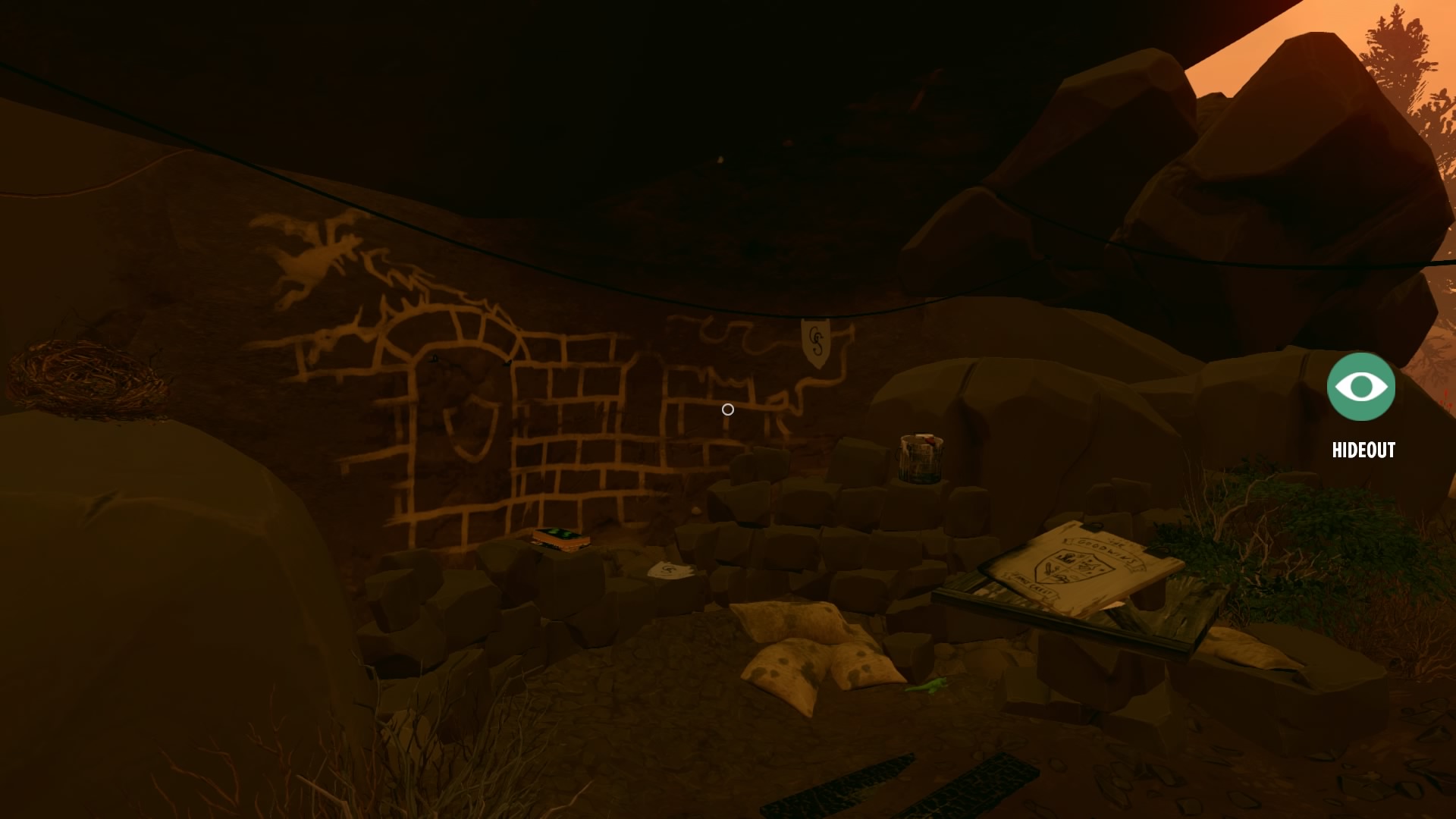 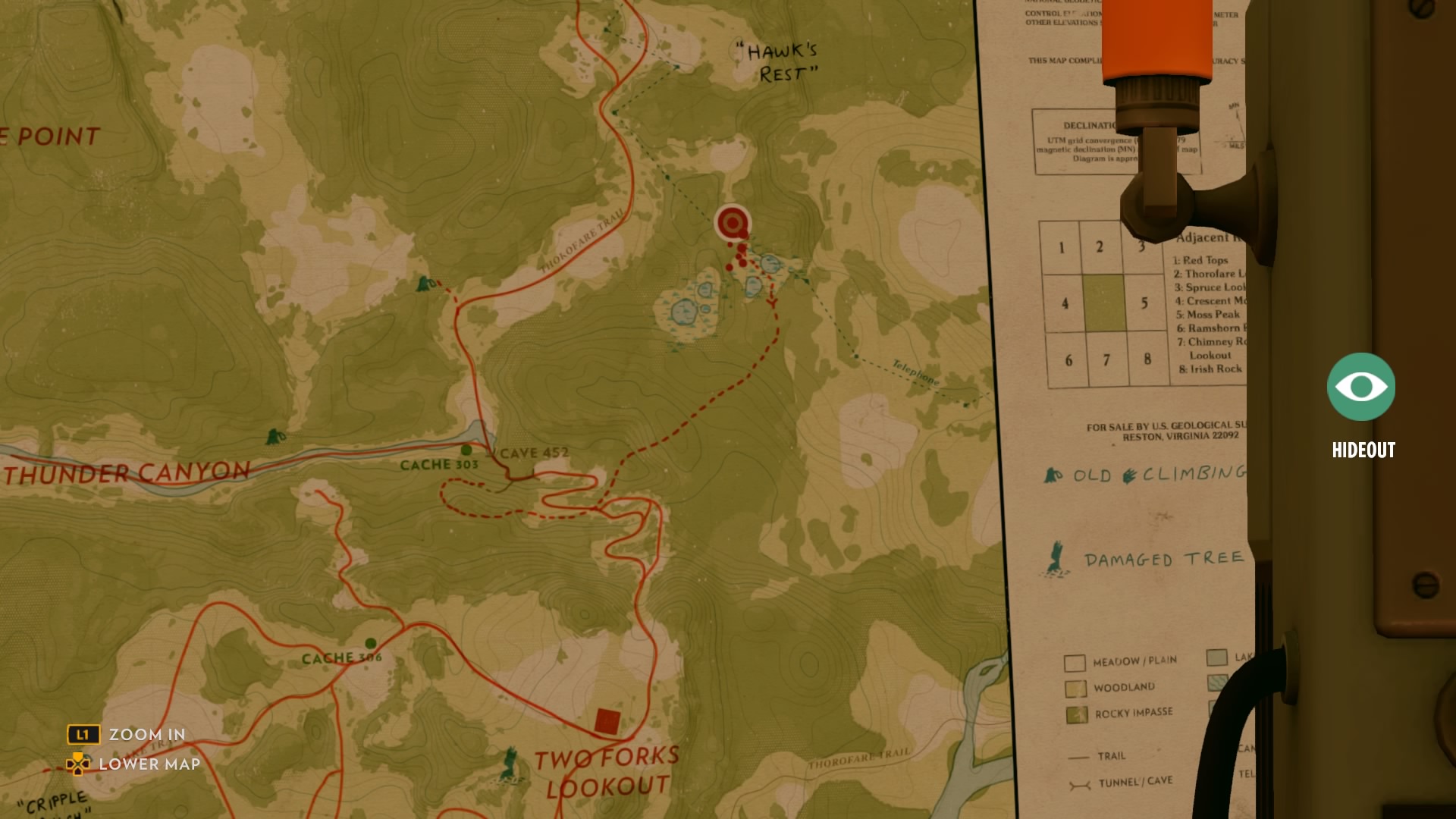 There is a lot to take in and report to Delilah here. The two of you could easily spend 20 minutes talking about Brian and all the things he left behind, but the important thing that you'll collect is a bag of pitons. Now you can throw a climbing rope anywhere you see a crack in a rock. Conveniently, there's one of these at the far edge of the hideout. Sink a piton into the rock to rappel down to the Thorofare Trail.

Now that you have both the axe and the wave receiver, you can access a previously hidden area of the map and conclude the story of Ron and Dave.

Head north with the wave receiver out until it starts beeping, then follow its directions to a dead elk with a tracking device that caused the wave receiver's reaction. Investigate the nearby brush for a path you can clear to reach Ron and Dave's secret spot and collect their final note (jeez, that didn’t end well for Dave), plus a bonus tape for your Walkman. It’s the “Old Shoshone” lyrics you found in the old outhouse on Day 2, recorded by Ron as a present to his friend. (It seems like Dave never returned to the woods to collect it — and maybe that’s a good thing.)

Take the Thorofare Trail south back to Thunder Canyon — you're going back to the cave. Unlock the gate again — thankfully, it doesn't slam closed behind you this time. Sink a piton into the rock next to the long steep drop from before. Now you can access a new area of the cave. Continue along the path until you see a figure blocking the way. You'll have to step over it once you realize what's going on. Once you exit the cave, report your findings to Delilah and end the day.