Wow, it's gotten bad at Shoshone, and you definitely need to leave as soon as possible. But you can't leave while there's still a mystery — especially when the wave receiver has started beeping at you again.

Follow the signal down the western path, past Cache 306 and down the shale slide, then turn to the north as the clearing opens up … is that your name written on the cliff face? 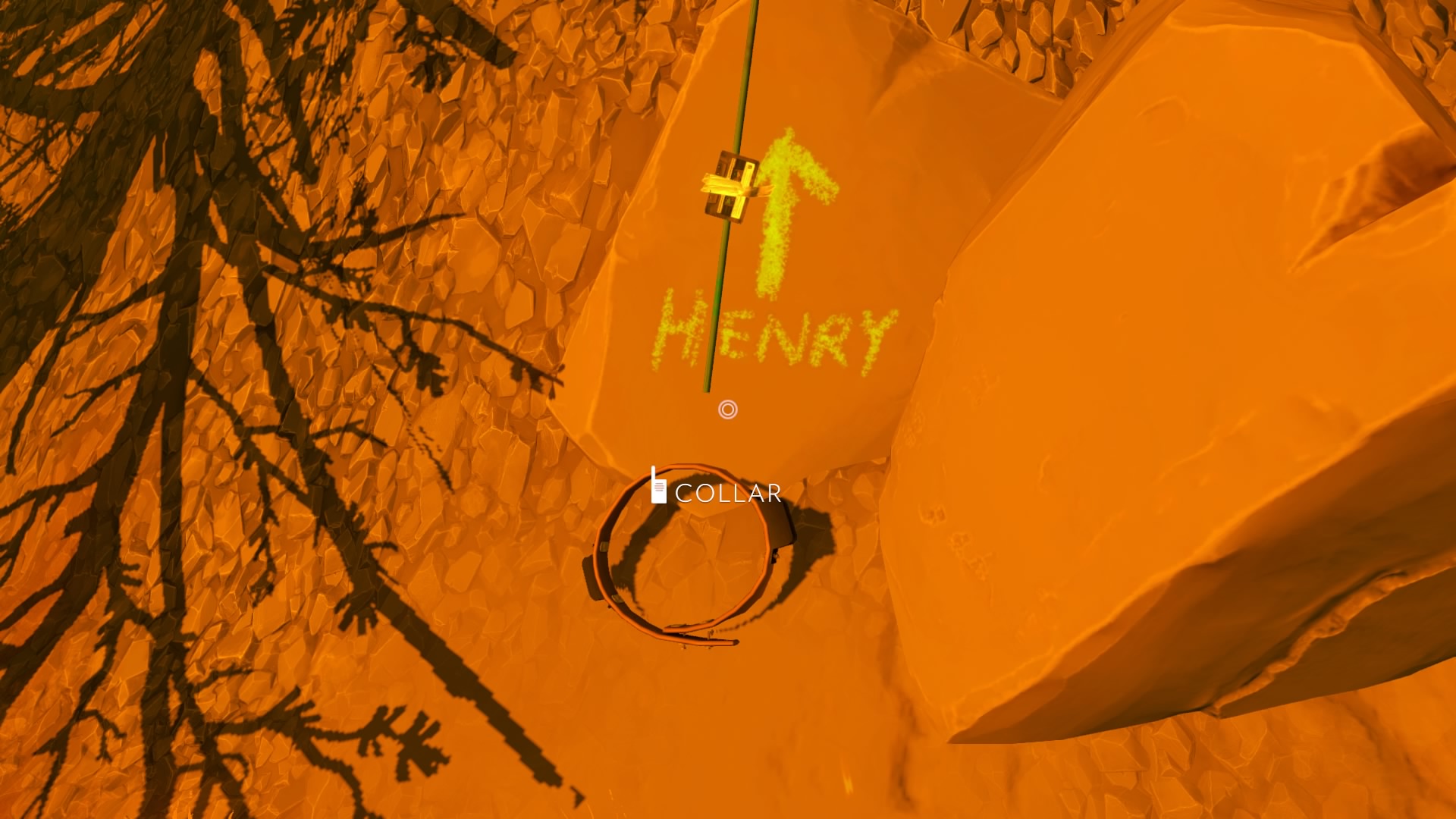 Grab the cassette tape that's been left for you and listen to it as you climb the rope. Now you basically know the whole story, but there are still few fuzzy details. Clear them up by investigating the hideout, especially the reports and other papers strewn about. 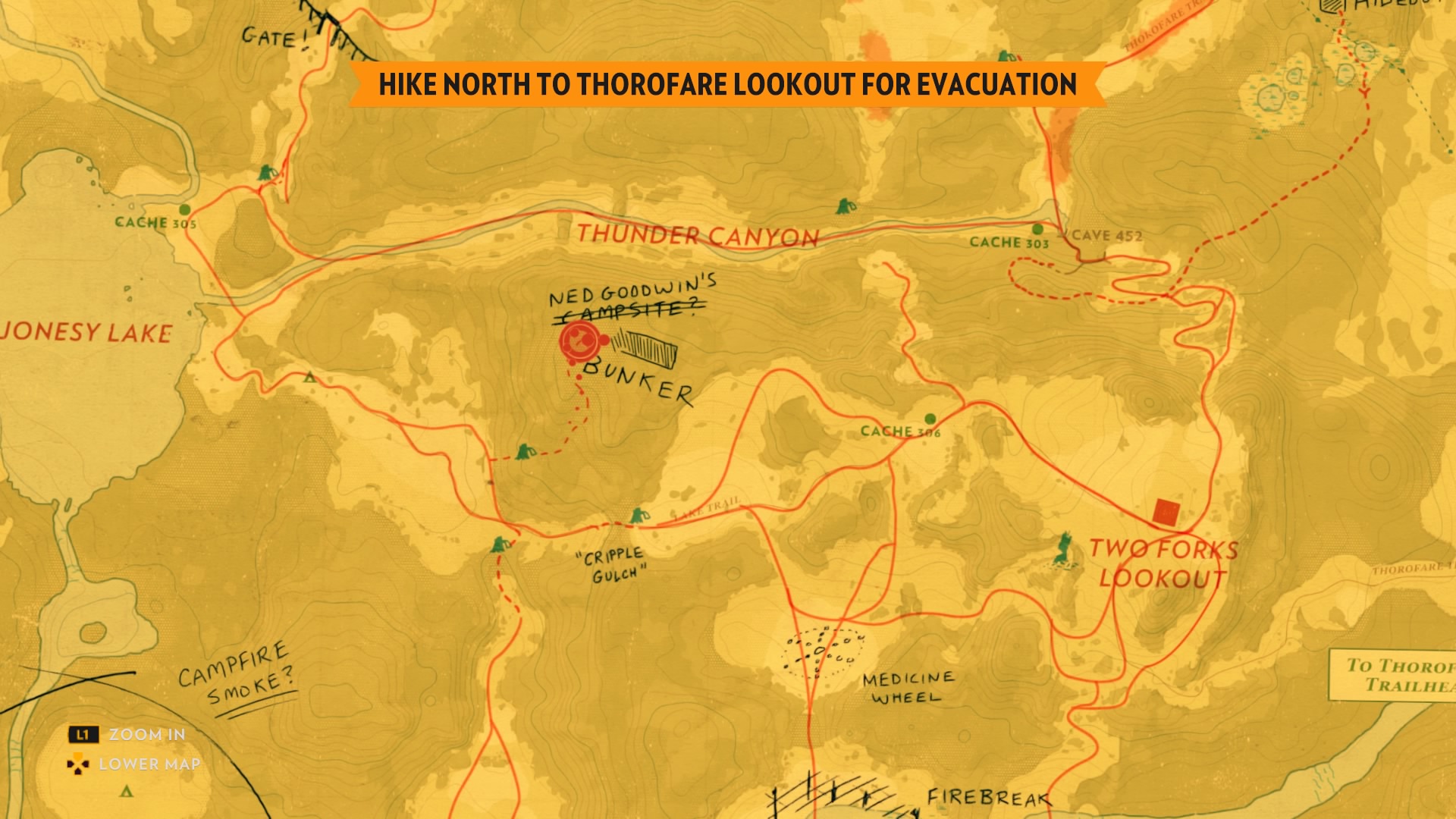 You can report just about everything to Delilah, but she's not terribly interested — she's much more concerned with getting out of there before the entire place goes up in flames. Once your curiosity is satisfied, leave the area the way you came. 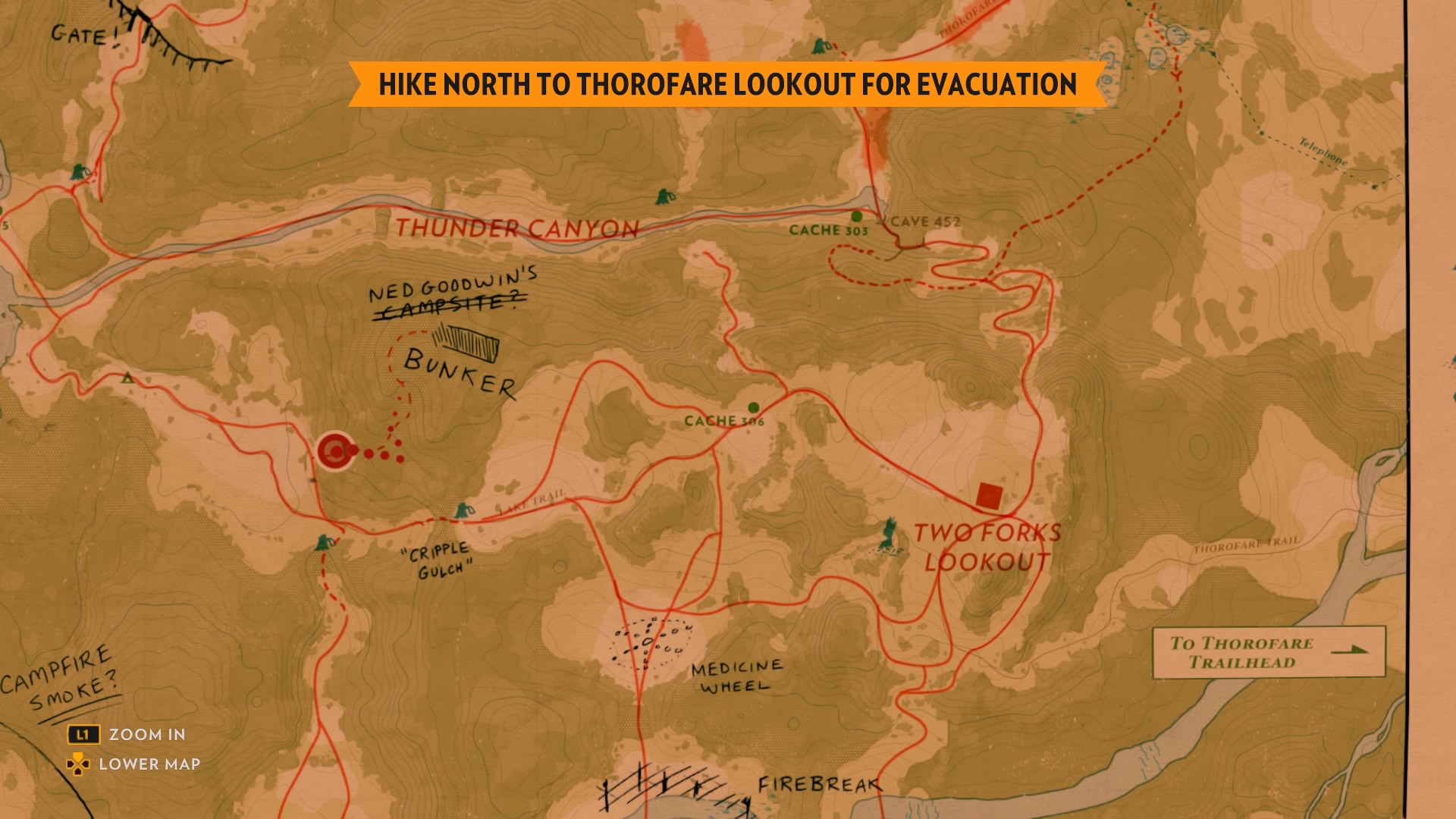 Now you have to get to the tram near the supply drop at the north end of the map. There are a few ways to do this from your location. The quickest is to head west to Jonesy Lake, then east along Thunder Canyon and up a climbing rope to the northern trail by Mule Point. (There will be two big arrows on your map pointing to the extraction point. This route takes you up the left arrow.) Talk to Delilah for part of the journey, but after a while she won't be available. Jump in the tram to leave the map.

You'll arrive at the base of the Thorofare Watchtower, Delilah's home. Head up the stairs to see how the other half lives. 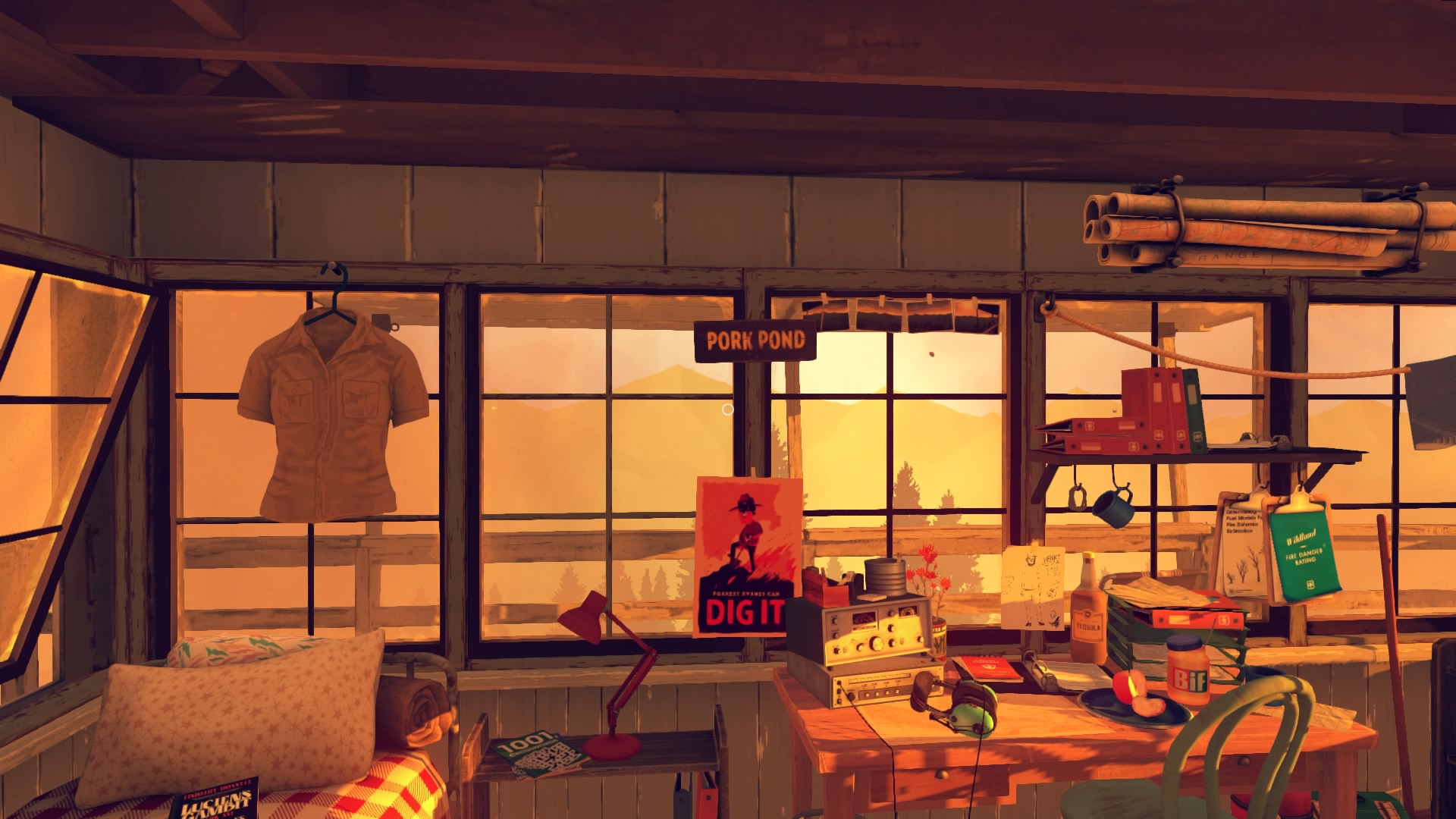 Once you've admired the crossword puzzle books and the stolen Pork Pond sign, use the radio to have one last conversation with the friend you never actually met. It ends with the arrival of the evac helicopter. Say your goodbyes and head out to the chopper to end the game. 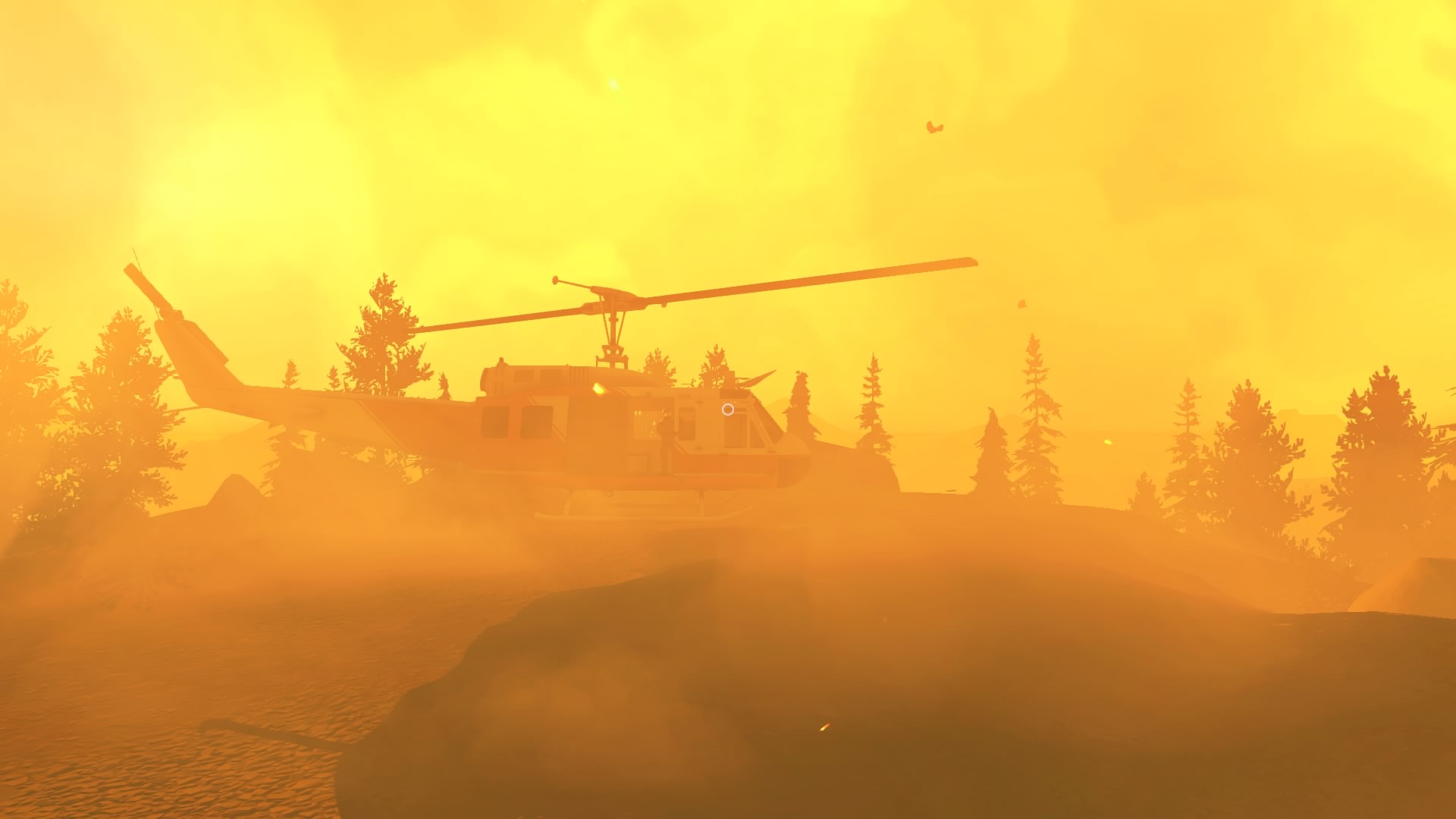 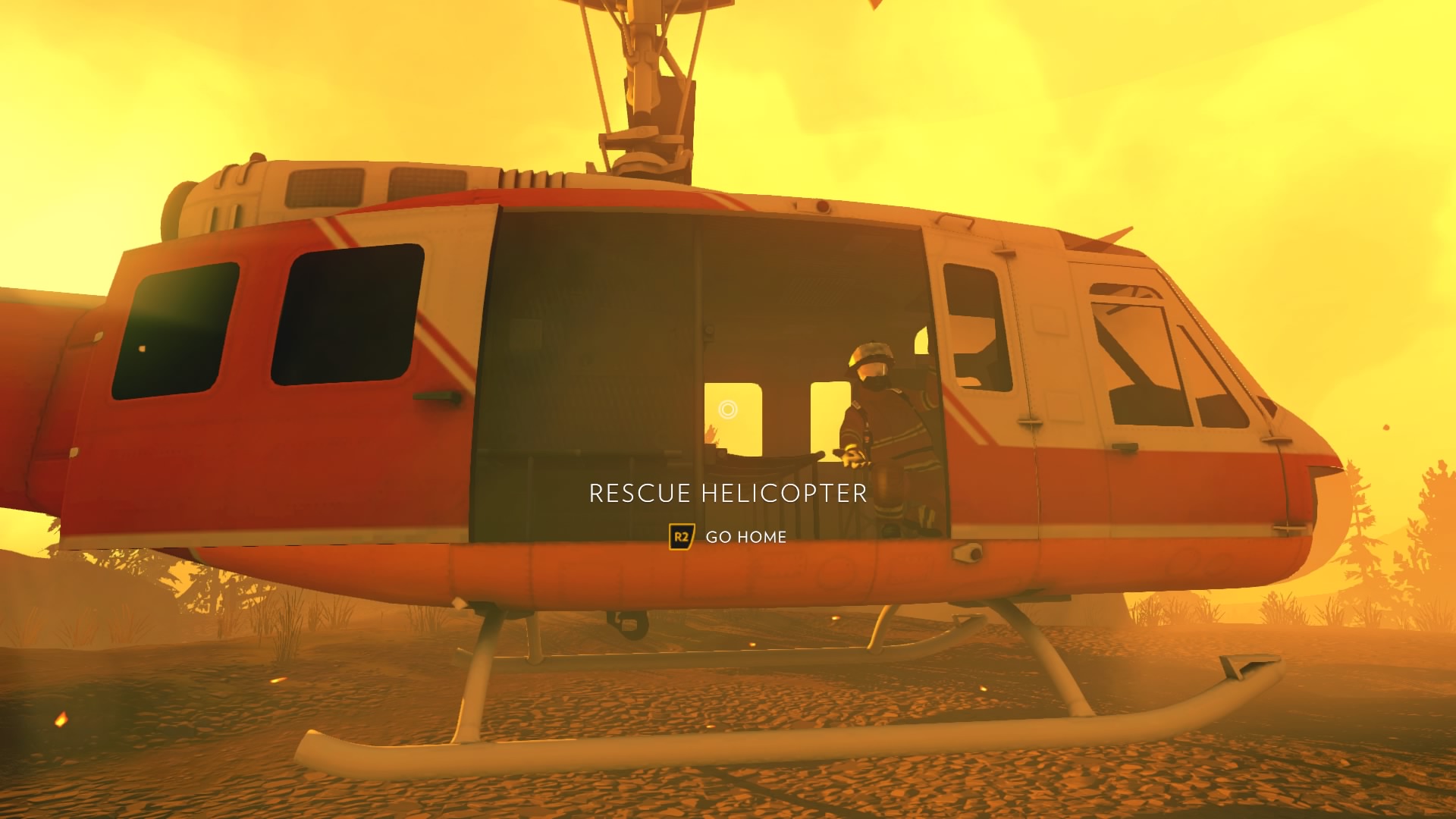 Enjoy your beautiful photos during the end credits! They play in reverse chronological order, so pay special attention near the end to see the snaps taken by Brian Goodwin, the camera's previous owner.