Superman and Batman are reborn this week: Here's what you need to know

The men and women of tomorrow

Share All sharing options for: Superman and Batman are reborn this week: Here's what you need to know

Last week I told you that if you're a new reader who wants to get involved in DC Comics' latest editorial redirection and shakeup of its continuity, you should check out this summer's veritable slew of #1 issues and new ongoing series. This week, those books are here.

So this is your layman's guide to what you need to know to get started on the new books of the DC universe's promising new start. The good news is you don't need to know that much!

The good news is you don't need to know that much

Green Arrow: Rebirth is a tightly crafted, single issue team-up story and a perfect introduction to both Oliver Queen and Black Canary. Green Lanterns: Rebirth assumes merely that you're familiar with the idea of the Green Lantern Corp. Batman: Rebirth has very little in it that a casual fan wouldn't recognize.

But we're going to tackle Superman first, because it makes Batman: Rebirth look approachable by comparison. If you'd like to pick up Superman: Rebirth, here's what you need to know:

The New 52's Superman is Dead

The rebooted version of Superman who has carried the title since the start of the New 52 died last month in Superman #52. As a character, he was distinguished from his previous incarnation by an altered backstory in which both Kent parents died before he became a superhero, and he and Lois Lane never quite managed to get together.

Recently, Lois Lane exposed Superman's secret identity to the world (so that a hacker villain wouldn't be able to use it as leverage against him), he got a buzz cut and — well, why don't I let him tell you in his own words. 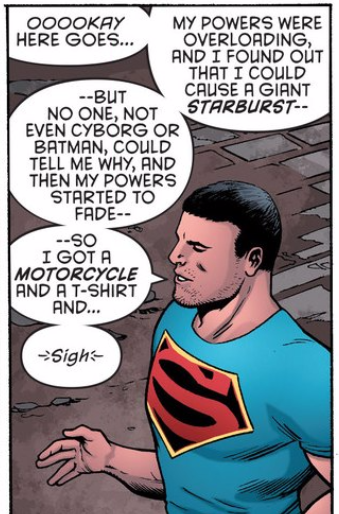 Eventually his powers came back and he put on the tights once more, but for the skinny on exactly how he died, I had to call in some help from The Verge's Kwame Opam.

"After getting his powers back," Opam told me, "[Superman] finds out he's dying from Kryptonite poisoning. In the last fight with a super-person who somehow gained his powers after being exposed to his DNA in a sentient energy blast, he dies and turns into dust."

The Superman of the New 52 is no more, and the world mourns him.

If you're thinking, "But DC can't possibly be planning a huge reboot without Superman," you'd be right. There's still a Superman protecting Metropolis and starring in the Superman books.

And it's Superman of the Post-Crisis, Pre-New 52 era.

Hold your breath, because we're about to take a dive.

This year's big summer event is Rebirth, but last year's was Convergence, and it's the key to how we got a Superman from a now-defunct version of the DC Universe into the main setting again. In Convergence, Braniac was revealed to have collected dozens of cities from around the multiverse, put them into domes and transported those domes to a single planet. Among those cities were the Gotham of the Pre-New 52 timeline, which happened to have been stolen while Clark Kent and Lois Lane, his coworker and wife, were visiting. 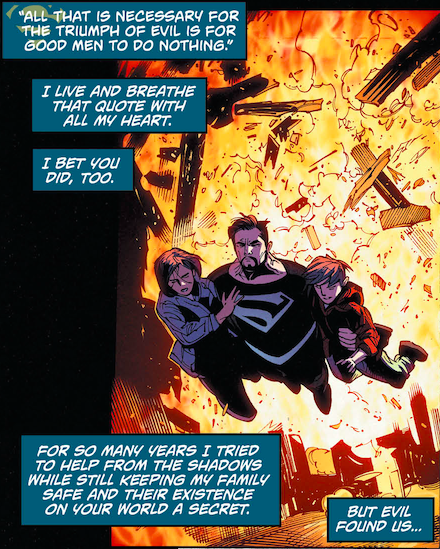 Gotham spent a year under Brainiac's superpower-nullifying dome — during which Clark and Lois conceived a child — before the Convergence arc proper unfolded, and, long story short, the young Jonathan Kent was born in an alternate universe's Batcave before his parents saved the multiverse and the young family became stranded in the New 52 timeline.

Wary about interfering too much with this familiar but strange new world, not to mention their own doppelgängers, Lois and Clark took the assumed name White (after their former editor) and attempted to continue doing what they do best. Lois writes bestsellers under a pseudonym, and Clark quietly battles crime, keeping his vigilante activity a secret from their son.

Oh, and they weren't just stranded in the New 52 universe but also a few years back in time, so now little Jonathan is about nine years old.

And if you can fit all of that information in your brain(iac), you're ready for Superman: Rebirth. Let's talk about Batman.

Batman has been reborn

Superman: Rebirth has the question of a possible rebirth at its heart, but in Batman: Rebirth, our hero has already been born again. Batman died, but then it turned out that Bruce Wayne was alive — but had lost all his memories. Fortunately, before losing his mind, Bruce had built a machine that would definitely implant all of his memories into a person and possibly not kill them in the process. It was step two of a two-step plan for making sure there would always be a Batman.

(Step one was clones.)

When Gotham needed him most, Bruce used his machine to return to the cape and cowl. He's back for good now, faster, stronger and healthier than he's been in years.

But this is also a rebirth for Batman outside of fiction. Writer Scott Snyder, who took over Batman at the start of the New 52 — and, in the five years since, has been the architect of most of the major events to affect all of DC's other Gotham-related books — has stepped down from that post. Snyder and his artist collaborator Greg Capullo are moving on to other projects. Batman: Rebirth is a new dawn for Batman in and out of the fiction.

But who's this Duke Thomas kid, anyway?

Duke Thomas is an inner-city Gotham native. When he was quite young, Duke's family took in and cared for billionaire Bruce Wayne, who they'd found unconscious in the wreckage of Hurricane Rene, which had hit just as the Riddler had kicked off a massive plan to take over Gotham and deprive it of electricity and outside help. 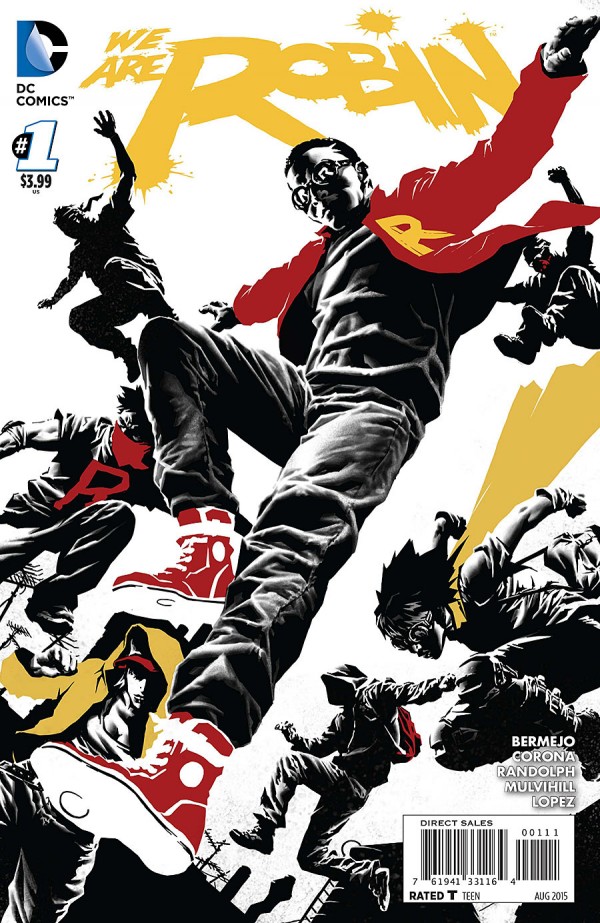 It was during this period that Duke discovered that Bruce was the mysterious vigilante the Batman, but their paths wouldn't cross again for years, not until Duke's family was kidnapped by the Joker. Batman rescued Duke but was unable to keep his nemesis from dosing his parents with gas — they disappeared for months, along with hundreds of others the Joker had gassed in that particular crime spree. By the time Duke found them again they were incurably insane.

In the meantime, while searching for his missing parents, Duke came into contact with a teen movement known by their ad hoc red, green and yellow outfits and the rallying cry "We are Robin." When the group did eventually come into contact with the actual men and boys who are (or have been) Batman's sidekick, Duke had become the de facto leader of these "street Robins." And even the real Robins had to admit (even if begrudgingly) that he was a standout from his peers in attitude, intellect and physical ability. Duke also played a critical role in defending Gotham on the night Bruce Wayne became Batman once again, and that appears to not have gone unnoticed by the man himself.

Batman: Rebirth opens with Duke on the doorstep of Wayne Manor.

But if you want to know what happens next, you'll have to check out the comic. No matter what you're picking up today, happy reading!