I don’t know that I’ve ever played a game where the scope and the ambition are so profoundly mismatched as Star Ocean: Integrity and Faithlessness.

As with the previous four games in Square Enix’s 20-year-old Star Ocean series, Integrity and Faithlessness borrows shamelessly from the Star Trek playbook. It tricks players; it’s a game that begins as a by-the-books fantasy RPG before the sky opens up and reveals a much wider sci-fi universe at play.

But it’s within that trick — the core reason for its existence — that Integrity and Faithlessness screws up everything. The wider sci-fi universe ends up much narrower than it seemed, and the suggestions of so much more give way to a very shallow reality. The game just can’t seem to deliver on any of its promises.

Star Ocean: Integrity and Faithlessness begins like so many Japanese role-playing games: in a small town, with a young, unassuming protagonist. Main character Fidel Camuze is the son of a legendary swordsman who, along with his childhood friend Miki, finds himself unexpectedly in the middle of a conflict between two warring nations of the planet Faykreed.

Before long, the growing party discovers Relia, a strange girl with mysterious powers — such as the ability to get kidnapped by the bad guys on half a dozen discrete occasions throughout the course of the game. This revelation plods along until the characters begin to understand what's more or less clear to players from the start: The warring nations of Faykreed are actually being pushed along, manipulated and in some rare cases aided by visitors from the stars.

If Integrity and Faithlessness sounds generic from the start, it’s at least charming within its stereotypes. Fidel and Miki are bland heroes, but the expanded cast is full of more interesting characters, like the powerful magic-user Fiore, the womanizing captain Emmerson and the stoic-to-the-point-of-hilarity Victor. And though "girl with mysterious powers" is an RPG plot point I’ve written about probably dozens of times in reviews by this point, Star Ocean at least initially reeled me in with its mystery and had me hopeful that it was moving toward something worthwhile.

By the time Integrity and Faithlessness heads into space, 20 or so hours and about halfway through the game’s plot, its structure has devolved into a series of increasingly mundane excuses to trek back and forth across the game's shockingly tiny world. Faykreed features approximately five small cities and maybe half a dozen different environment types, each of which I hack-and-slashed my way through over and over again as I tried to rescue Relia for the fourth time or got involved with the war again or whatever my current boring objective was.

By finally taking things into space, I expected the game to open up. However, Integrity and Faithlessness opts for the least interesting route possible, despite the seemingly endless possibilities afforded it. You will not spend much time in space, and most of it will be onboard your cramped spaceship or onboard an enemy's cramped spaceship which operates as a makeshift dungeon. And then, less than an hour after Fidel is told he "may never return to your home planet," a plot twists sends the party ... right back to Faykreed. To retread the same ground. Again.

Whether you plan to play Star Ocean: Integrity and Faithlessness or not, do not consider the previous paragraph a spoiler. Consider it a warning. Whatever the game makes you believe about where it is headed, you’re not going anywhere special, save for the very places you’ve already been before. There is nothing more to the game. It’s all disappointing sleight of hand. 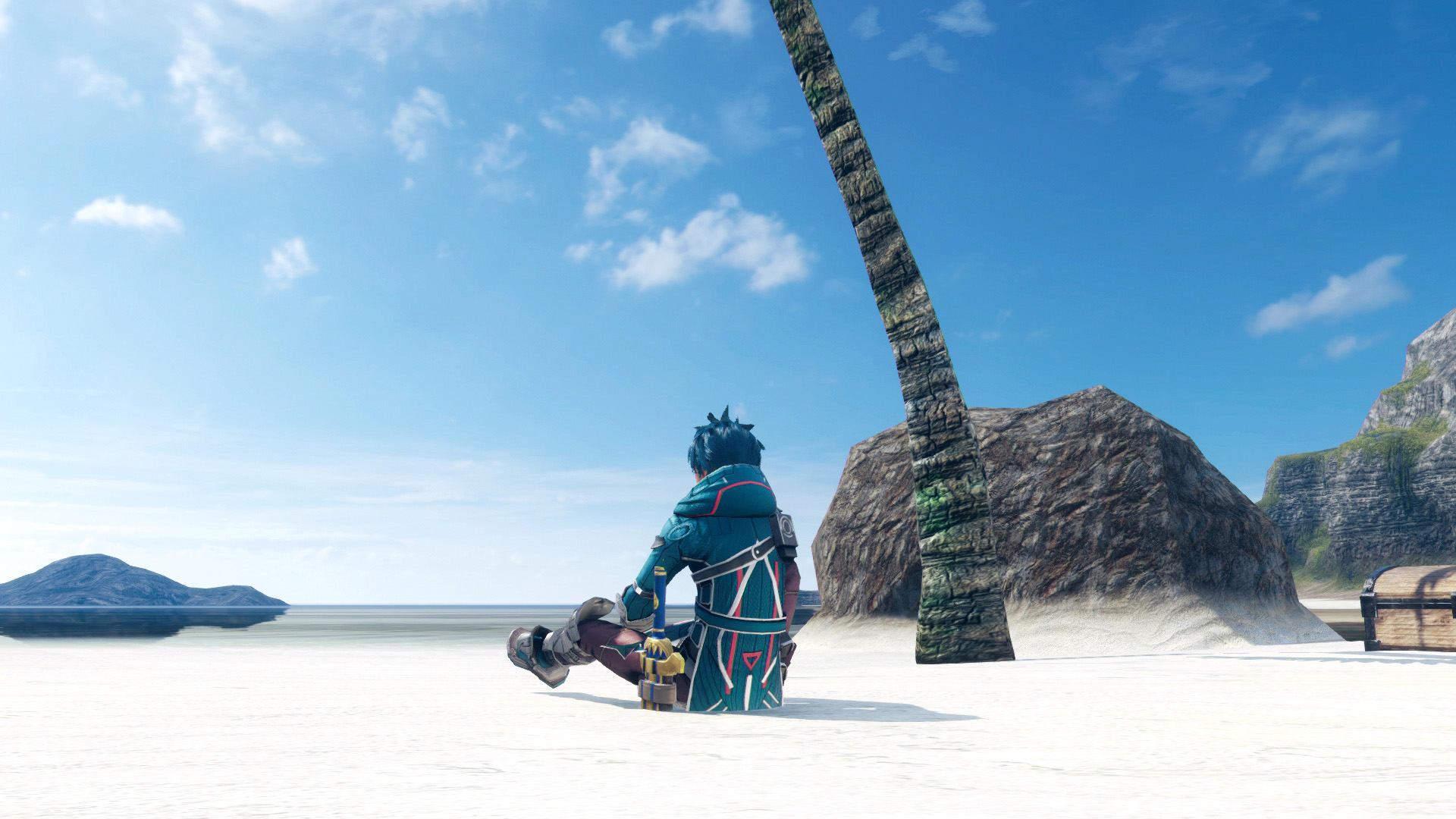 Perhaps I would have been less frustrated with fighting the same enemies in the same areas over and over if Integrity and Faithlessness had a stronger combat system, but this element seems as underdeveloped as most everything else in the game. Battles take place in real time, and run on what’s essentially a rock-paper-scissors formula. Light attacks will interrupt any strong attacks that are charging up; strong attack break blocks and leave characters briefly stunned; and blocking stops all damage from light attacks and opens an opponent up to being counter-attacked.

It’s a solid enough system on paper, but remember that Star Ocean is an RPG with inputs and actions that are "real time" only in the strictest sense of the term. Once you’ve pressed the button for your character to do a light attack, for example, it’s tough to break out of that if the enemy you’re attacking begins blocking. Inputs aren’t registered as quickly and accurately as they would be in a good full-on action game, which means battle scenarios just weren’t that satisfying, whether I was winning or losing.

Integrity and Faithlessness’ biggest claim toward innovation is that all party members who are with you are active in combat at the same time. Whether you’ve got a group of two or the full, end-game party of seven characters, every one of them will be on the field at the same time. The spectacle of this impressed me at first, but before long it turned into more trouble than it was worth. You can assign different roles to party members to attempt to guide them in the right direction during battle, but the artificial intelligence is consistently awful — don’t expect party members to do a good job getting out of the way of a powerful boss’ most draining area-of-effect attacks, for example.

To be clear, despite the bad party member AI and the clunky combat mechanics, my complaint is not that the game is difficult. Aside from a few optional bosses who kicked my ass, I barely struggled during Star Ocean: Integrity and Faithlessness. But that lack of challenge feels like a concession to mechanics that couldn't feasibly shoulder the weight of a more challenging game. As such, everything has been watered down to the point that, as long as you’re doing some amount of sidequests, you’re probably not going to run into trouble.

Star Ocean: Integrity and Faithlessness has good ideas but never goes anywhere with them

I hate being so harsh on Star Ocean: Integrity and Faithlessness, because I love the series, and I’m excited by the potential for greatness within its conceits. For the first fourth of the game, I believed it might realize that potential. By its end, Integrity and Faithlessness feels like a black hole, its good ideas never able to escape the pull of an underwhelming, underdeveloped game.

Star Ocean: Integrity and Faithlessness was reviewed using a final version of the game running on debug PlayStation 4 hardware. The game was provided by Square Enix. You can find additional information about Polygon's ethics policy here.