Designing for cities left me out in the cold

Share All sharing options for: Pokémon Go is a barren wasteland if you live in the country 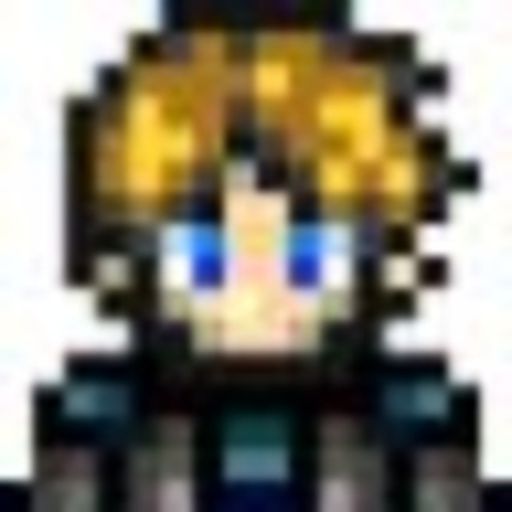 Pokémon Go overlays its world of Pokémon catching and battling on top of the real world. That hybrid of the real and fantastic can't help but run into reality. There are plenty of stories of a PokéStop drawing in dozens of Pokémon of all ages and creeds, but those stories almost always happen in densely populated areas. Away from those cities, away from the coasts, Pokémon Go screeches to a halt.

Pokemon Go is a world empty of adventure. pic.twitter.com/fF3mPSGtyV

My first experience with Pokémon Go was trying it on a walk to the grocery store, approximately three quarters of a mile up Route 29. Trudging up the highway, I saw a pair of Rattata and little else. Pokémon Go marks real-life landmarks as PokéStops, which replenish Pokéballs for capturing Pokémon and Potions for healing them, or Gyms, where you can battle other players' Pokémon for control. No such landmarks exist on this stretch of road, though. On the outskirts of a city of approximately 150,000 people, the world of Pokémon Go is as sparsely populated as the real one.

Niantic, the developers behind Pokémon Go, reused the database of user-submitted landmarks from their previous geolocation game, Ingress.

Street art, statues, churches and temples, and monuments are the sorts of landmarks Go turns into Pokéstops and Gyms. All of Pokémon Go's landmarks were submitted by Ingress players, using a form that was officially closed September of last year (with a multiple-year unresolved backlog left over).

Anywhere without enough Ingress players to submit local landmarks, there's nothing to do or see in Pokémon Go. There are few or no places to discover and nowhere to congregate. It wasn't until I read other people's stories about Lure Modules and impromptu Pokémon Go player gatherings — in New York, or San Francisco, or Seattle — that I even learned that it was possible. Instead, outside of these densely populated centers, Pokémon Go is about carefully husbanding dwindling resources from the few — if any — local Pokéstops, to catch the few Pokémon which do appear.

It will indeed be few Pokémon. Reddit users have discovered that wild Pokémon spawn rates seem to be tied to population density. My own experience bears this out: In several days of checking Pokémon Go as I walked to and from errands, I usually found only two or three Pokémon per mile walked. There are good reasons to tie Pokémon spawn rates to traffic or population density: Doing so pushes players to public places and discourages people from trespassing on private property. (Not that this is perfect; there is an infamous story about an Ingress landmark at a nuclear power plant.) However, if there aren't any high-traffic areas at all, then there are no Pokémon to find. Forget walking out into the tall grass in real life.

On a more personal level, Pokémon Go is made for sidewalks. It's not made for walking along the highway or biking on the side of the road, let alone biking on the road or driving. Maybe I would have caught more Pokémon if crossing the road didn't mean cutting across six lanes of unrestricted traffic.

When I did see a Rattata along the side of the highway, I needed to stop and get a bit away from the road. I didn't feel comfortable with its little swipe-to-throw minigame as cars sped by. I don't know if anyone driving by gave me any odd looks, but a middle-aged white guy fiddling around on the side of the road is at best odd here. I don't have to worry about someone deciding I look suspicious, far away from any witnesses.

Even when struggling through Pokémon Go's design obstacles, technical ones crop up. Pokémon Go does not deal gracefully with patchy, poor rural cell coverage. There's no clear indication if patchy cell phone data coverage has led to a disconnection — and such disconnections are indistinguishable from Niantic's frequent server downtime.

Pokémon Go is made for sidewalks

There is an indication if GPS coverage is lost, but it's purely visual; there's no audio or vibration cue. It's possible to go quite a long way without realizing you've walked off of Pokémon Go's map entirely. Niantic can't build cell phone towers or improve GPS coverage, but Pokémon Go is designed based on the assumption that they are ubiquitous.

Pokémon Go also deals with sudden loss of coverage very poorly. For example, if GPS drops out while trying to catch a Pokémon, it seems like it's caught, but the game freezes. After force-quitting and restarting the app, the Pokémon is gone and any Pokéballs used are wasted.

Similarly, battling a Gym is extremely dependent on connection quality. If data or GPS cuts out in the middle of a gym battle, the battle will go on, but the opponent will stop taking damage at one HP. There's no indication at all what's wrong until it reconnects, resulting in sudden, unexplained defeat. This new Pokémon battling system isn't friendly to the realities of unreliable data connections with high latency.

Whether Niantic intended for it to be or not, Pokémon Go is a game by and for people in Saffron City. Whether Pokémon Go works in Pallet Town is at best an afterthought. It's fitting that Pokémon Go is another Pokémon game where you want to travel through places like Route 29 as quickly as possible. It isn't very much fun if you live there.

Jay Allen is a freelance writer and cultural critic. You can find him arguing with his wife, his cat, or the entire internet, but you probably won't.