"To defeat an enemy, you must know them."

"To defeat an enemy, you must know them," Thrawn says in the Star Wars Rebels season three trailer. "Not simply their battle tactics, but their history, philosophy."

Thrawn first appeared in author Timothy Zahn's novels, beginning with Heir to the Empire in 1991. The remaining two books — Dark Force Rising and The Last Command — rounded out what became known as the Thrawn trilogy.

Zahn's novels rekindled interest in the Star Wars universe, which had been largely dormant since the 1983 release of Return of the Jedi. In the absence of Darth Vader and Emperor Palpatine, Thrawn became Star Wars' principal antagonist.

In Zahn's books, Admiral Thrawn was a relentless and tactically brilliant commander who fought the heroes of Star Wars' Original Trilogy as they built the New Republic out of the Galactic Empire's ashes. Thrawn was also a vehicle for introducing new concepts to the Star Wars universe, beginning with his Imperial rank of Grand Admiral, itself a symbol of his military might.

It's difficult to overstate the importance of Zahn's novels and the way they rekindled interest in the Star Wars universe. Their popularity paved the way for a vast expanse of non-canonical material, the Special Edition re-releases of the late 1990s, and then the prequel trilogy of Episodes I to III.

Novels, comic books and more followed in Heir to the Empire's wake and coalesced into what was once called the Expanded Universe. Lucasfilm tried to keep an internal consistency throughout those works, but they were never considered canonical. When Disney purchased Lucasfilm and Star Wars in 2012, it formally declared that any Expanded Universe stories or characters were not canonical. Today, Thrawn emerged from that purgatory. 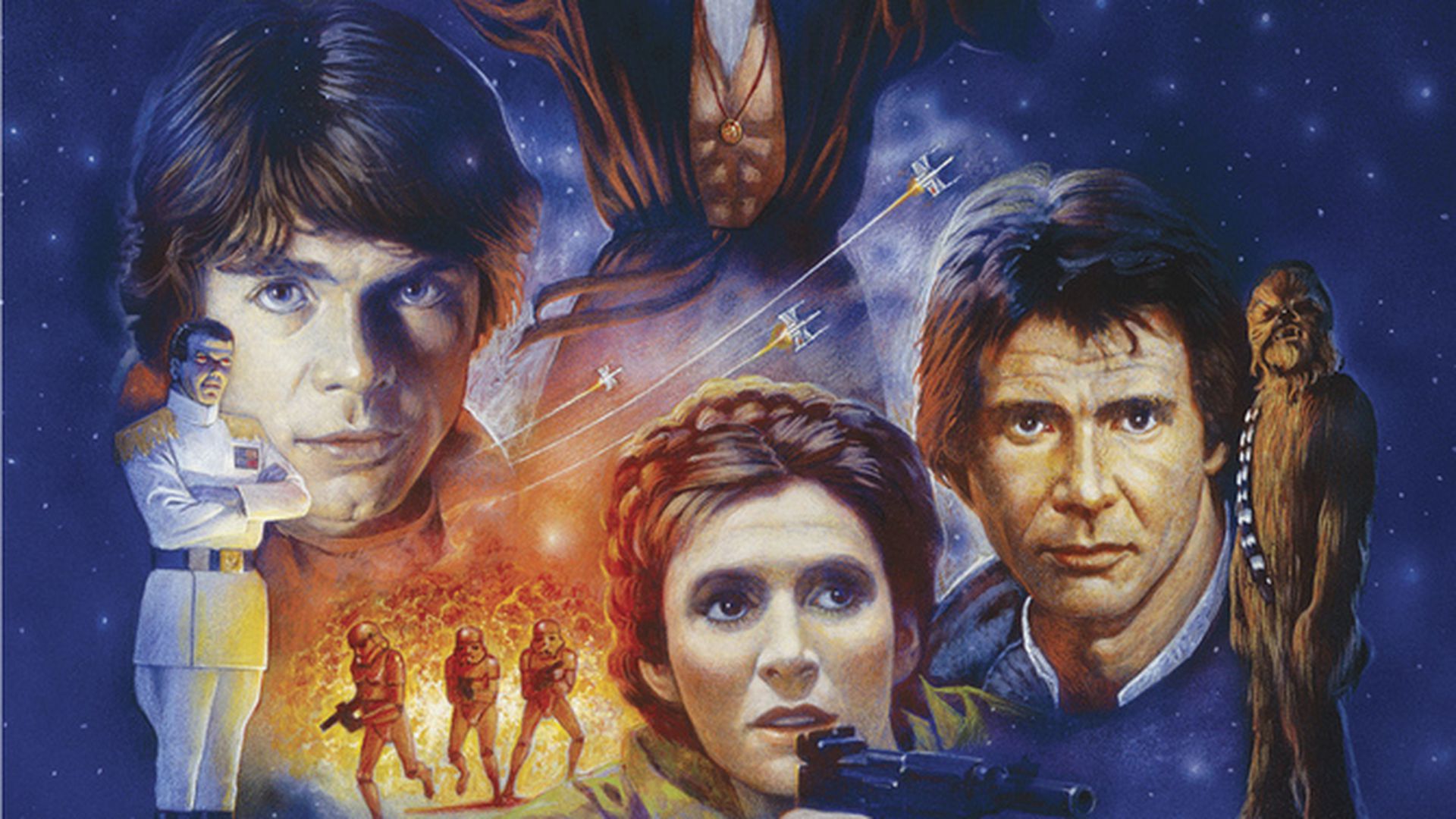 In April 2014, Lucasfilm revealed the existence of a story group responsible for Star Wars' official lore. At the time, that group said the existing six films and the animated Clone Wars series formed the universe's canon, as would the then-upcoming Rebels animated series. Unburdened from the narrative shackles of a decade of Expanded Universe stories — now rebranded under the Legends moniker — the story group would oversee canon in a world where Star Wars was a far more active property.

It's unknown how much of Thrawn's backstory, written in those non-canonical "Legends" works, will become canonized. Based on the glimpses seen in the trailer, it appears that the character is making the transition with his familiar story largely intact.

Thrawn is seen in his quarters, for example, surrounded by artwork. Zahn established the Grand Admiral's appreciation for art and his penchant for collecting and surrounding himself with it in his quarters in Heir to the Empire. In the novels, Thrawn was depicted as wearing a white Imperial uniform not seen in the original trilogy. That remains true in his Rebels incarnation.

White Imperial uniforms previously appeared in the debut trailer for Rogue One: A Star Wars Story, the live-action movie set for theatrical release later this year. It's the garb of an Imperial we now know as Director Krennic, and the actor Ben Mendelsohn portrays him in the style that Thrawn made popular.

But that may not the only innovation of Zahn's making the leap from EU to Legends to canon.

Perhaps even more intriguing to Expanded Universe fans are the animals behind Thrawn in the shot above. They appear to be ysalamiri, creatures capable of suppressing the Force — a trait that comes in handy when you're battling Jedi.

According to Zahn, when he was brainstorming ideas for Star Wars novels in the early 90s, "the ysalamiri and their effect on the Force was the first thing that came to mind" he wrote in the notes for the 20th anniversary edition of Heir to the Empire. With Lucas' approval, ysalamiri became a significant and immensely powerful plot device. Beginning in Heir to the Empire, a novel set after Return of the Jedi, Thrawn is fairly obsessed with the creatures.

But the potentially powerful, lizard-like creatures weren't part of the original movie trilogy. That posed a bit of a problem for Zahn, which he addressed in the anniversary edition's notes.

"The ysalamiri are a good example [of what wasn't done in the original Star Wars movies]," Zahn wrote. "A creature that can block Jedi abilities would have been used all over the place throughout the movies by anti-Jedi forces … unless they were unreliable, difficult to use, et cetera. To be not he safe side, I invoked two of those limiting parameters: the creatures are relatively unknown (the Jedi would hardly broadcast their existence, after all) and they are hard to get off their trees without killing them."

It appears, based on what we can see in the trailer, that the ysalamiri are back, and Grand Admiral Thrawn is still obsessed.

According to a tweet today from publisher Del Rey, Zahn is also writing a new Star Wars novel, Thrawn, set for a spring 2017 release.