What the movie got wrong

Share All sharing options for: Ghostbusters is still haunted by negative racial tropes 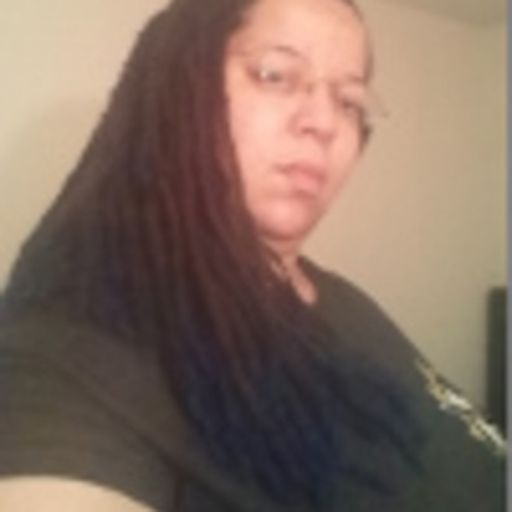 I remember the original Ghostbusters movie. I was a teenager when it was released, and I saw it in the theater. It was fantastic for a little nerdling like me to see science and cool stuff and people who won through smarts rather than brute force.

Ernie Hudson’s Winston Zeddemore wasn’t a scientist. He wasn’t one of the smart guys who saved folks. That’s what bothered me when I saw the first film the most: seeing a black person on screen, but not seeing them be fully part of the story. We’ve gotten the same old tropes 30 years later, and it’s still a problem. This is why I’m not cheering the reboot with the same unbridled glee as other folks.

This is a trend

The original Ghostbusters wasn’t an anomaly in this sense. I never got to see myself as the scientist, the geek or the nerd, except by proxy of a token black dude that tagged along with the other guys in movies. Black girls and women weren't there unless they happened to be the mom, girlfriend, sister, cousin or random neighbor of the token black dude. I grew up, but the media I watched didn’t.

Fast-forward to the announcement of a reboot of Ghostbusters, but with an all-female cast. Cue my excitement as I was sent back to that moment in the theatre as a teen, but with women on screen kicking spectral ass and taking names. Scoot a little further to the first trailer of the movie … and my heart breaking at the stereotype that is Patty. The grief of seeing the sassy, streetwise black friend trope played out again, and realizing that an opportunity to do better with the reboot had been missed.

That trailer, with its blithe disregard in giving us another stereotypical portrayal of a black woman, had turned me off the film entirely. I couldn’t support a movie that would once again drop me in the sidekick category, never to be the hero. My ability to overlook such things has dwindled to nothing as I’ve grown up. It’s not just that this keeps happening; it’s about how often it’s ignored.

The criticism needs to grow up

I’ve seen the new Ghostbusters hailed as perfect, and it’s been held up as this great example of feminism by many people. I’ve seen the fawning over Kate McKinnon’s character, as well as the others. Mostly it’s been "OMG I’m so GAY for Holtzmann," or something similar. At best, I’ve seen passing references to the treatment of Leslie Jones’ character in the film, Patty Tolan.

She’s been invisible in much of the criticism surrounding the movie, and that’s part of the problem.

I’m unhappy with the ways in which she was a bundle of tropes in a jumpsuit. I’m bothered by the unwillingness of many to even acknowledge that problem in the film while declaring it a feminist triumph and victory for women.

The film may be a victory for white women, but it’s not a victory for women like me. Once again, women like me are the street-savvy sidekick who happens to know random bits of information to fill in a plot hole, but are otherwise unseen and unheard until they are needed for the same utility in the next scene.

Patty is the sassy black friend and she’s loud. She’s what we expect from outdated media tropes: an outsider next to the educated scientists. She doesn’t seem to belong, and often exists only to react to circumstances in the story in the most exaggerated fashion possible. In a film of heroic characters with multiple dimensions, she remains a cartoon.

She’s also a caretaker to the others, giving us a dose of mammy-lite when she checks in on Abbie and discovers she’s possessed. The mammy archetype came from depictions of black women as caretakers of children in the households where worked or possibly lived in. Her job was to take care of everyone but herself.

While Patty isn’t hand-holding and literally being a maid for the other women, the comparison struck me when she was the one to check on Abbie when she seems to be having some kind of problem. Why couldn’t Holtzmann check on her? No one is asking how Patty is, or making sure that she eats or gets enough to drink. She’s also the one inquiring about their pasts as they sit around their dingy workshop. It may make sense for her to ask, as the outsider to the group, but it still struck me as yet another black woman taking care of others before herself.

Patty is the cartoon embodiment of the "strong black woman," fighting off not just a possessed Abbie, but holding on to Holtzmann one-handed at the same time. Her physical strength is almost equivalent to Abbie’s while the specter of the villain haunts her. The absurd portrayal made me think back to films where black characters’ eyes would bug out when scared, like in an old Abbott and Costello skit.

Why is Patty the one who’s so strong she can hang on to Holtzmann and fight off Abbie? After four proton beams and a trap failed, she’s strong enough to literally dispossess someone via a single slap? Being depicted as physically imposing, as stronger than others, is an old, tired trope when it comes to how black folks are portrayed. To have the one black woman in the ensemble take on two people, one of whom is possessed and thus abnormally stronger than usual, made me cringe. It was the ability to physically smack Abbie once to get the ghost out of her — after they’ve previously had to use all four proton packs to subdue one spirit — that brought that unwelcome stereotype to mind.

This sort of double standard isn’t new. We know that Winston was supposed to be a PhD along with the other original Ghostbusters, but his character was reduced to a hanger-on, not well-versed in science, the street-smart one. The character's history in the Air Force and his skills as a pilot hinged on the casting of Eddie Murphy. Those details were cut to give Bill Murray more to do when the lesser-known Ernie Hudson was given the role.

Why isn’t anyone actually addressing these tropes in their reviews and criticism, other than a passing mention of oh, the racism of her character was bad but she was so funny! Black women are sick of being the joke, of being the comedic glue that binds the story together instead of being the heroine.

Writer/director Paul Feig must have missed the memo on what it could mean for a young black girl to see someone like herself as a scientist instead of the sidekick. To see a black woman be the witty, smart hero this time would have been so powerful and meaningful.

Maybe next time we get a reboot, it can actually be different. Maybe have more black women in the lead. Show us as scientists, nerds, geeks; we exist, really! Or if another lukewarm retread is served up to us, maybe hold off on declaring it a paragon of feminist perfection and try viewing it with a wider lens that lets you see all of the issues in a film.

Tanya DePass is a lifelong Chicagoan who loves everything about gaming and wants to make it better and more inclusive for everyone. She’s the #INeedDiverseGames spawn point, founder and EIC of @OutofTokensCast and the Diversity Liaison for GaymerX, and is part of the Chromatic Life Podcast.