I Am Setsuna beginner's guide

Share All sharing options for: I Am Setsuna beginner's guide

I Am Setsuna plays off of old-school sensibilities, appealing to hardcore retro fans who pine for yesteryear's Japanese role-playing games. But that design choice can also alienate players who may have been introduced to the genre later on in their lives. And even though it's not quite as esoteric as some titles, there's still a lot to learn.

Here are some basic tips to help you with the first several hours of your journey. 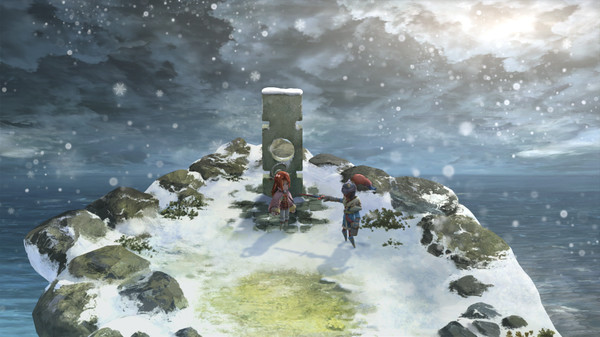 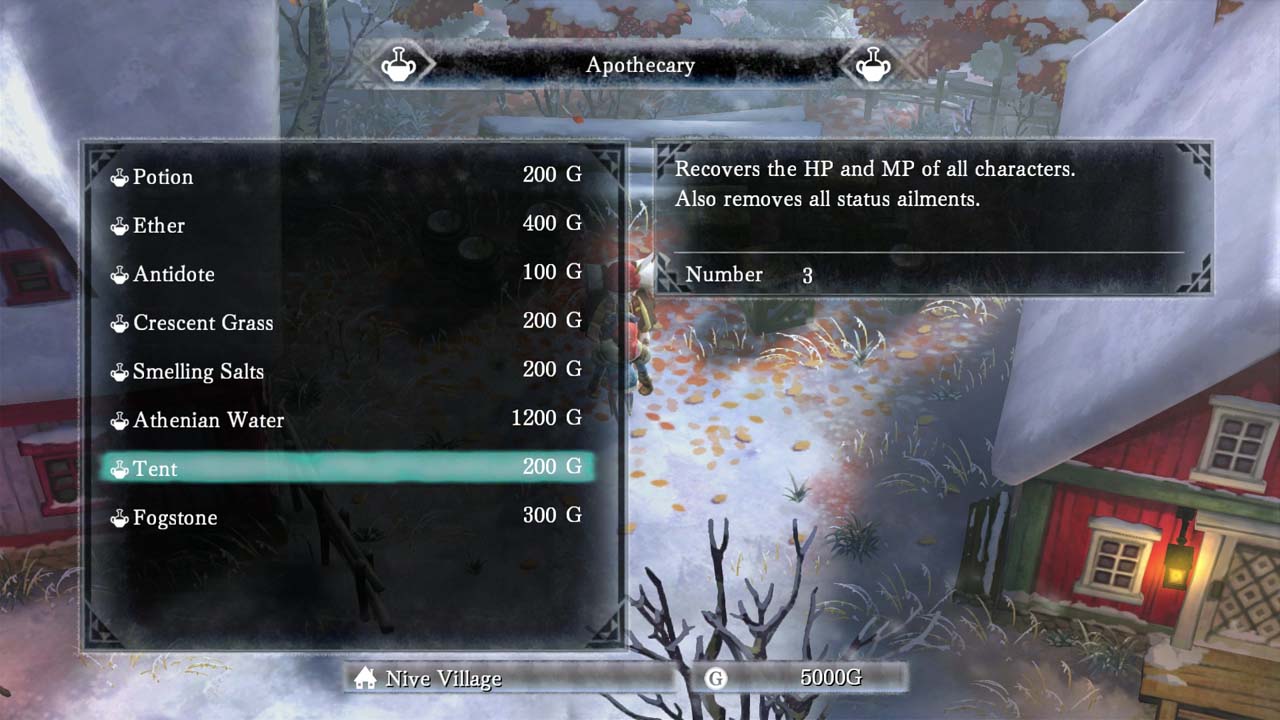 How to be prepared 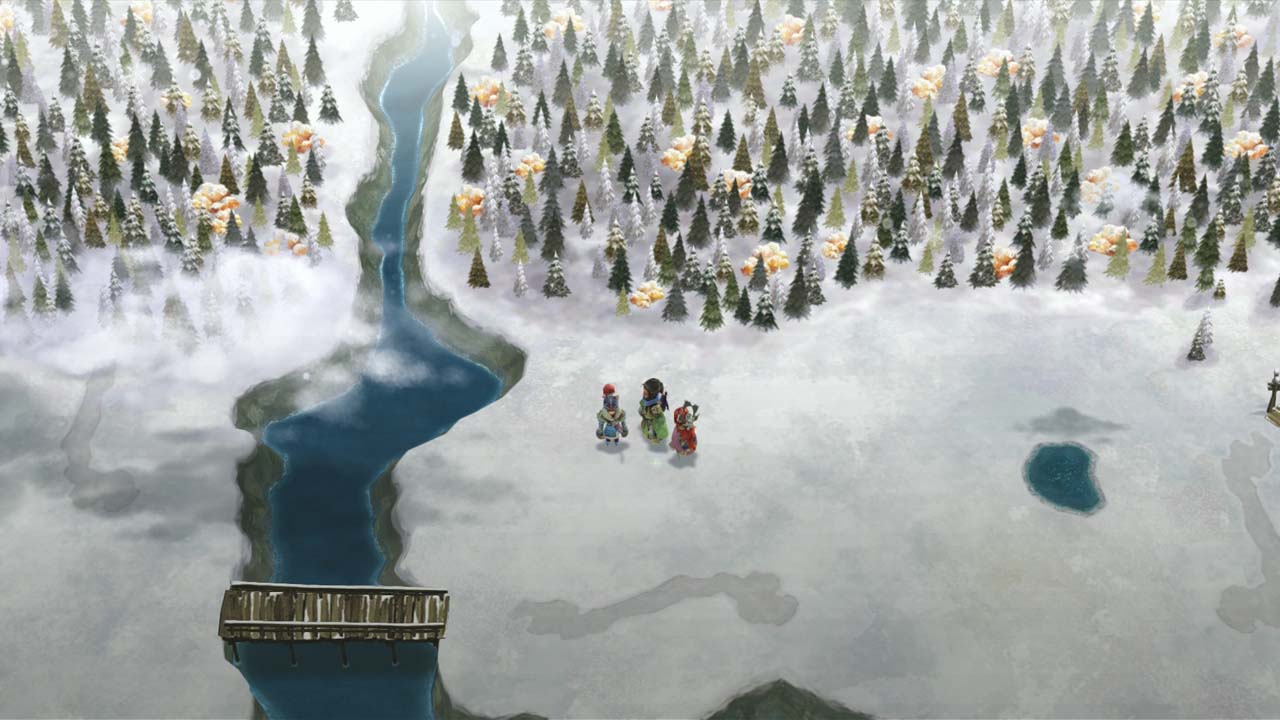 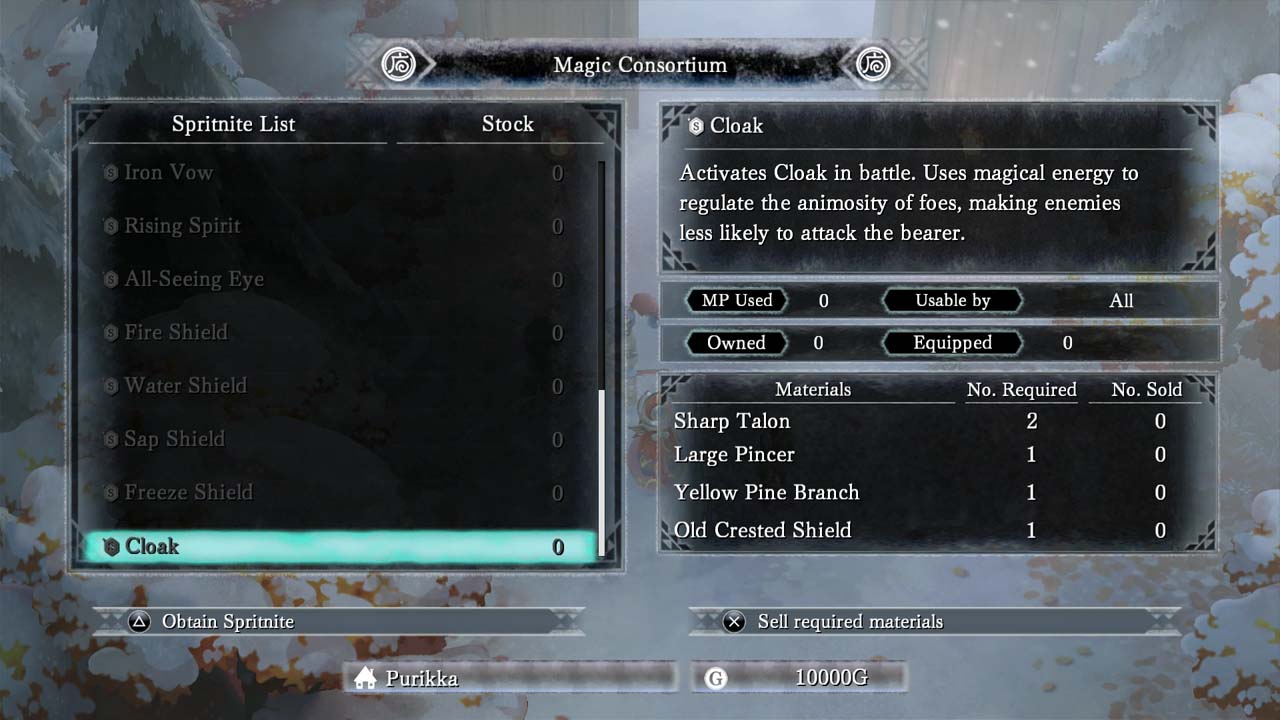 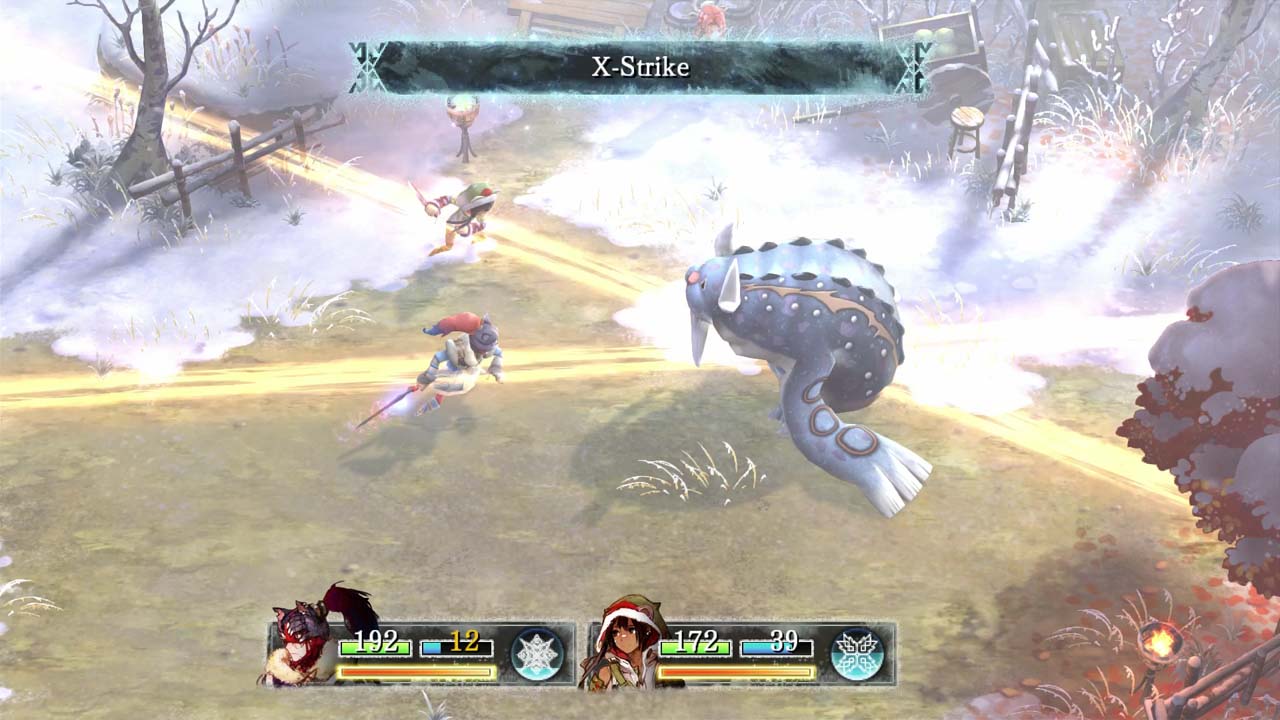 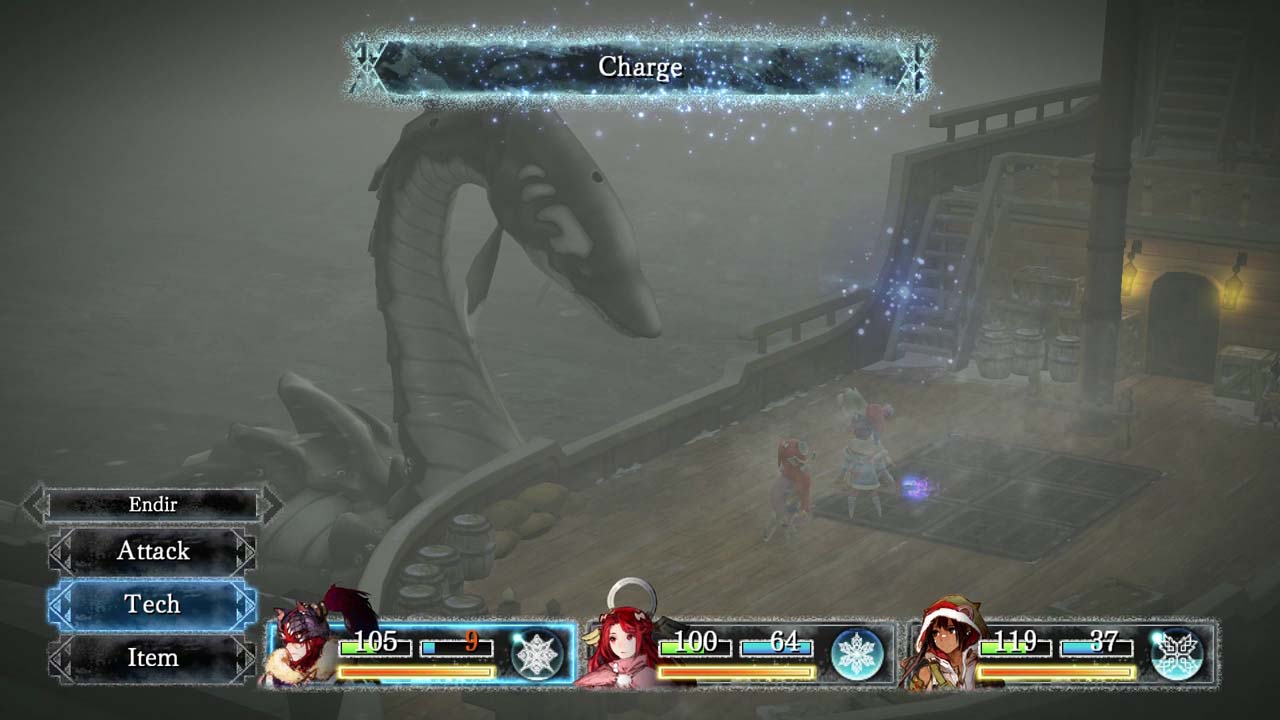 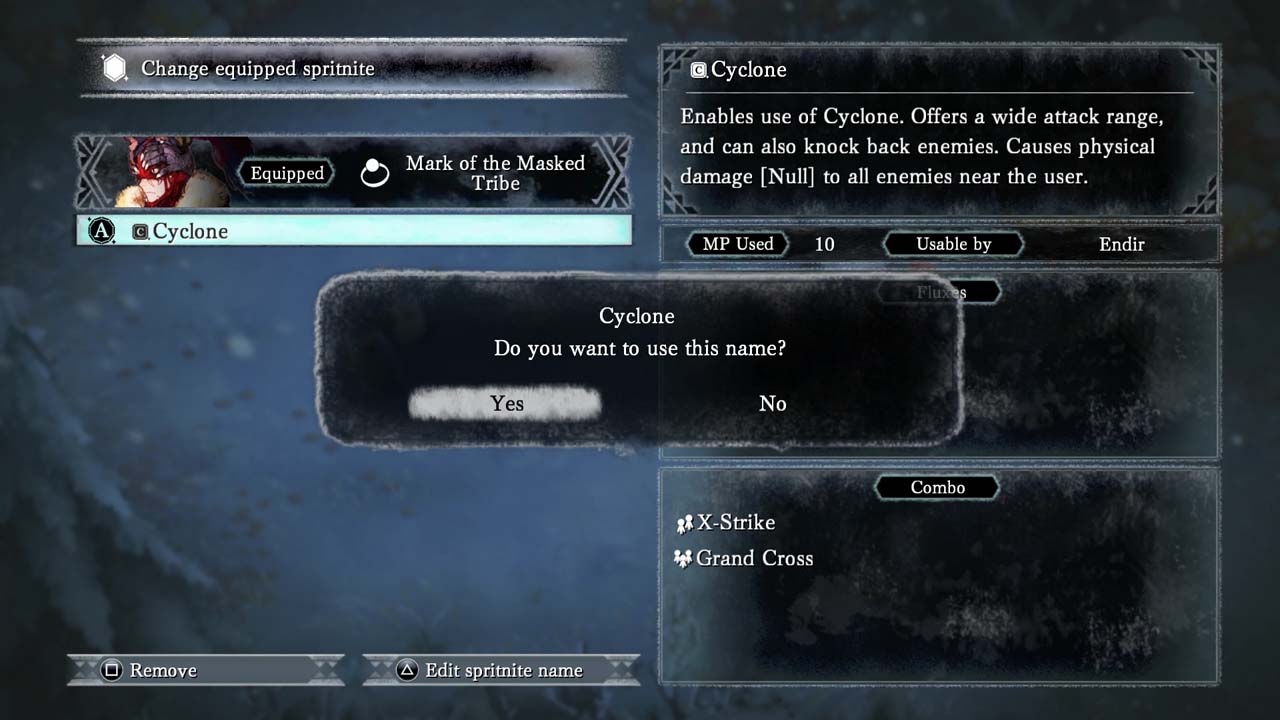 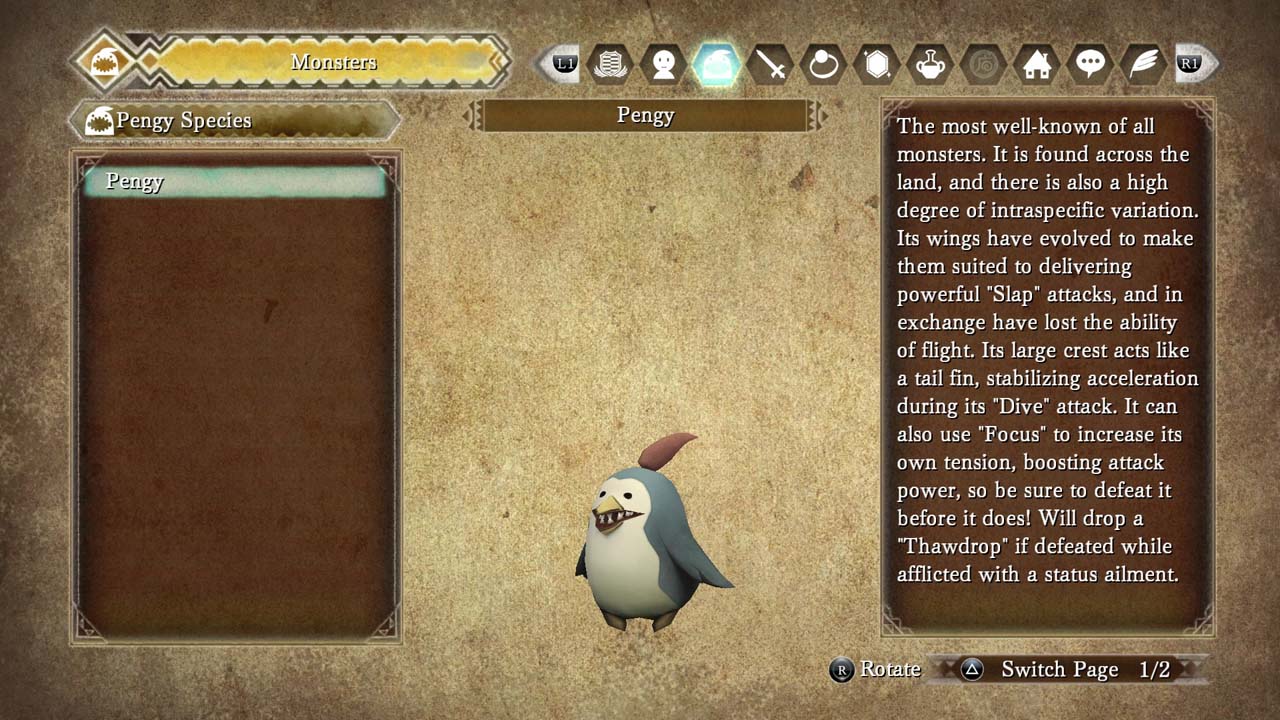 Initially, I Am Setsuna can feel unforgiving with some tough bosses that dole out near half-life damage attacks, even in the first several hours. Play conservatively with your items, and don't be afraid to reload saves if necessary.

How to be prepared

It's a rookie mistake to expend tons of items on trash fights (read: not bosses), especially when cash is such a precious resource at the start of the game. Instead, save potions and ethers for big fights (which are always preceded by a save point in dungeons), when you'll be using up all of your mana trying to bring them down. 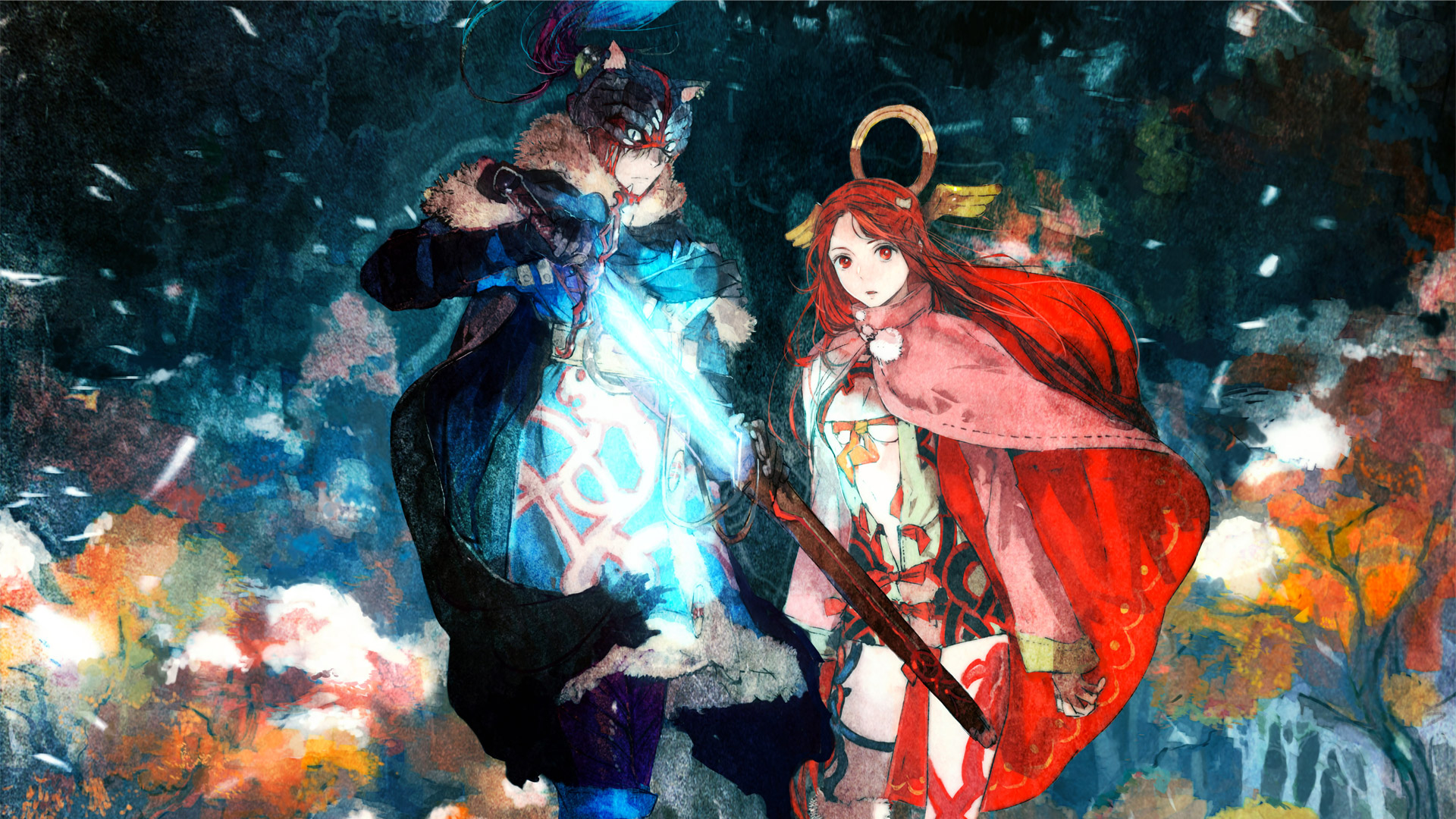 I Am Setsuna review

Also, avoid wasting revives (Athenian Water, which costs 1,200 gold) unless you absolutely need to during a boss fight. Instead of using that expensive item in normal battles, use Setsuna's (the character) cure magic. If you aren't aware, you can actually use cures outside of combat from the Tech screen on the main menu .

Tents, which restore all hit points (HP) and magic points (MP) when you use them on world map or at save points, make a glorious return from I Am Setsuna's JRPG predecessors, and you'll want to pick up at least 10 of them right away from a merchant in the first village, right after meeting Setsuna. At a relatively low cost of 200 gold, they'll provide a buffer for bosses. They'll also stop you from using multiple costly items (health restoring potions are 200 gold each, and mana restoring ethers are 400) to get your party ready for battle.

You should also sell your materials constantly, especially items dropped from bosses, which amount to gold trophies. Selling keeps your cash flow at its maximum. By conserving item use and selling key pickups back to merchants, you should be able to progress throughout most of the game without being forced to grind.

When you're roaming around the game, particularly on the world map, stop and take in the sights every 10 seconds or so. No, you're not doing this for your own individual aesthetic benefit — standing around actually lets you see shiny objects clearer. They primarily consist of ingredients, which provide more health-recovering food options.

They're especially tough to spot because of the snowy landscapes that fill I Am Setsuna’s realm, but you'll start to pick up on the blinking lights after several hours of play.

It took us a while to figure out how the Magic Consortium worked, but it's actually pretty straightforward. They sell Spritnites, which provide active and passive abilities to each party member who equips them.

To buy Spritnites from merchants, you need to sell them certain materials — with each Spritnite requiring a different combination. It's a win-win, as you get gold from selling off that you can use to buy new items from other merchants (the Consortium doesn’t require gold), and you can gain abilities in the process. If your party isn't equipped for a boss fight, you don't necessarily need to grind for experience, but you might need to grind for items instead to acquire new game-changing Spritnite. You can find more information on how to do that in the Snow Chronicles section below.

Right away, buy the lightning Spritnite for Setsuna (the healer of the group), so she has a cheap offensive power that makes use of her propensity for magic. You can turn the heroes Endir and Ndir (who you pick up several hours in) into the brawler (offense), tank (defense) or bruiser (a combination) archetypes, depending on the Spritnite you use.

Also consider purchasing one elemental resistance of each type (fire, water, sap and freeze) as soon as you can. Pick up freeze first, as the first major boss of the game uses that type. Then grab three of each (one for every party member) later in your quest. It'll help you avoid a lot of dead-end boss fights.

Keep the default ait setting on for battles at the beginning of the game, especially if you're new to JRPGs. This mode provides a major advantage when fighting: If you're in a menu, all of the action will pause and allow you to take your time when choosing what to do next. It's effective for boss fights where each individual action matters, and lingering for too long can result in multiple critical hits that down your entire party in no time.

As you progress and start to get comfortable, consider switching to Active. It can actually help in some instances, since actual battle placement isn't individually controlled, but is instead dictated through abilities. For example, an enemy crab might use dash and end up closer to your party instead of hanging in the back line. From there, you can be waiting in the wings with an area of effect (AOE) ability already queued up to counterattack. (You can technically do this with the wait system on, but it's very clunky, as any menu selection will stall the active flow of the battle.)

Note that monsters actually have their own invisible active time battle (ATB) gauge, so if Active is on, they'll always be prepping for their next move.

Special power (SP) is the most difficult concept to master in I Am Setsuna.

The gist is that, as each party member is waiting to act, they accumulate SP, up to a maximum of three charges. You can't mash the button to trigger an SP ability, but you do have a generous window to press the square button. Like in the Super Mario RPG games, you can use it at the right moment (when a light appears above your head) to modify a move, increasing its impact. So for offensive moves, it will generally do more damage, and for healing powers, it will provide more healing — basic stuff. But using SP can be a lot more complicated and effective.

One advanced tactic is to have a healer build up SP to their maximum during their downtime, so they can activate three big heals when needed. Alternatively, you can have others build up all their SP at the start, and reactively heal them up (known as keeping them “topped off”) to prevent an untimely death from a surprise critical strike. Once all party members are all at their max SP, you can unload as quickly as possible with all of their abilities' maximum potential. Since SP decays after each fight (unless you score a sneak attack on regular enemies), keep using it for normal battles.

One more thing about SP: Using it often grants you singularity bonuses, which are extra effects and bonus stats in that individual encounter. For some aggressive bosses that won't let up, it's best to ensure that every single attack (even if you just have time to build one meter) is an SP attack. This situation might arise if you need to strike immediately, like when you're breaking through a guard where a boss is charging up a special attack. Keep an eye on your meter even if it's not that party member's turn, just to see if they have a sliver left and can expend their SP a mere second later.

Spritnites, I Am Setsuna's "sorta kinda Final Fantasy 7 materia" system, is confusing at first, but learning it allows you to adapt to the game's many challenges.

First, you have Command abilities, which provide direct tech powers like physical abilities (Cyclone) or magic (Lightning). Then you have Support abilities, which are more passive effects (like granting the player more health or providing elemental defense). Initially, you'll have loadouts that provide one slot for each, but as you acquire more gear that in turn grant you more slots, you can get a little more in-depth with your choices.

For example, you can buff up one character with defensive Support Spritnites, providing a greater health pool and a higher defense rating. Then, with a Command slot, give them the taunt ability that forces an enemy to focus them and takes the heat off of your other party members. This also has the added benefit of allowing your other characters to min-max (build up one statline in an extreme manner, sacrificing most others) and not worry so much about a balanced loadout. Go crazy and experiment on boss fights to see what you prefer, and note that the main character can essentially serve as a guinea pig for any setup.

An important thing to keep in mind: you can actually edit the names of individual pieces of Spritnite with the triangle button while highlighting it in the Spritnite menu. So if something is catching you off guard with its off-kilter nomenclature, you can alter it to something more useful, like "AOE (area-of-effect) stun." That way, you always know what Spritnite does at a glance, which is especially useful in the aforementioned Active battle system where every second counts.

Tucked away in the main menu and seemingly nothing more than a mere diversion, the Snow Chronicles are actually an amazing resource. They explain individual strategies that enemies will employ, provide helpful tips and even describe what types of resources or items they might drop.

It can even get strangely specific, stating facts like "this beast will drop a Thawdrop if defeated while afflicted with a status ailment." If you find yourself running low on a particular item you need for a useful Spritnite, do yourself a favor and flip through the bestiary for a few minutes.