Which of the original starter Pokémon is the best?

Pokémon has long been a series about choices.

At least, it is underneath the surface. Think about it: With each new generation of releases in the 20-year-old franchise, players must make a choice between which version they want. After that, they have an even tougher question they must answer. Which starter Pokémon will they take with them along for the ride?

In the first set of games for Game Boy (Pokémon Red, Green and Blue), trainers could take home either a Bulbasaur, Charmander or Squirtle from Professor Oak's laboratory. With this month's release of Pokémon Go, the free-to-play mobile game that's taken the world by storm, one of gaming's most important debates has been re-energized. I brought the question before the staff here at Polygon to decide, for once and for all, which original Pokémon starter is best.

All the original starters are objectively cute but Charmander is the cutest because he eventually turns into a rad-ass fucking dragon.

This is a very important question and one that I take very seriously, and I think the only scientific way to approach this subject is by looking at each starter via their interactions with the other two. No Pokémon is an island, and it's important to approach the subject with this in mind. Which is why the answer is so obviously Squirtle.

Think of it this way: Charmander is garbage. Just terrible. On all levels. Squirtle's water can completely extinguish Charmander's flames, BUT, on the other hand, his water can replenish the plant-like nature of Bulbasaur. Squirtle is a friend to all wonderful Pokémon, and a powerful enemy to the bad ones.

This is just science.

Put individual Pokémon stats aside for a second:

In the first generation of Pokémon, there are 28 water-type Pokémon, 14 grass-type and 12 fire-type (including hybrids). Water and Grass type Pokémon are plentiful throughout the campaign, especially once you get the ability to fish. Grass Type Pokemon are available to catch within the first hour of the game. Fire-type Pokémon are just harder to come by early on, meaning choosing Charmander allows you to build a more balanced team more quickly. He’s weak against the first two gyms, but there are so many ways around that. Basing this conversation on which individual Pokémon is the best is a goofy way of thinking about it. You need good type coverage on your team if you’re playing it casually, and Charmander has the easiest way to assure good match-ups in the first half of the game.

I can’t believe we’re even having this discussion. Please, just go take a look at this page of adorable Bulbasaur pictures, and then come back. Go on. I’ll wait.

Bulbasaur is clearly the superior starter. He’ll get you the farthest in defeating early gym leaders, when your lineup is stuffed with filler garbage like Rattata and Patriarchy Rabbit. Is he the best for every gym? Nah, dawg. He doesn’t have to be. They're called starters for a reason. Bulbasaur is your base, there to guide you through your weakest moments while you build a team of killers.

Just look at longtime Pokemon creator Junichi Masuda, who not only picked Bulbasaur as his favorite, but believes that Bulbasaur best exemplifies what a Pokémon is. Also, he thinks Bulbasaur is cute. That’s really important. I personally think Bulbasaur looks like the most pettable starter, too.

But wait, you say. Megan, what about his final evolution, Venusaur? He’s so dumb and ugly looking!

No, friend. The only dumb and ugly things here are the words that just came out of your mouth. No Pokémon is an island, says Ben — unless you are talking about Venusaur, who is actually a private island resort. Please, enjoy the shade. Have a coconut drink while Venusaur gives you a back massage with his vines, you goddamn amateur.

Look at that belly: 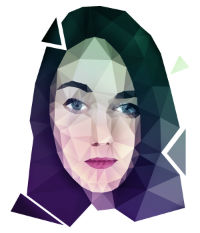 I'll be the first to admit I was a Charmander girl. He is objectively the coolest of the starters.

But just as I turned from Rowlet to Popplio, I've had to reconsider my feelings for Charmander. Everyone loves Charmander. He's a little badass. But what of Bulbasaur? Plump, smiling Bulbasaur? Plant Pokémon are usually lame as hell (fight me!) but that just means they deserve my love even more.

I must defend Bulbasaur to the death. I chose him as my starter in Pokémon Go, and I have no regrets.

I rate Pokémon almost exclusively by their tummies, and nobody's got a better tummy than Squirtle. Take one look at that perfect baby blue angel and you know what I'm talking about. I also like Squirtle because, despite their cherubic cuteness, every Squirtle has a bit of a dangerous edge just waiting to break out. Case in point: Squirtle Squad. There has never been a more badass band of rudeboys than the dang Squirtle Squad. They spray GRAFITTI. Now that's hardcore.

The obvious choice here is Charmander, whose final evolution is a dragon. Have we already forgotten what Game of Thrones taught us? You see a dragon, your shit's about to get wrecked.

Charmander will keep you warm, help you with your barbecues and light your way in otherwise dark and dreary places. Those big blue eyes reflect nothing but unconditional love while his tail can torch your enemies and the ones they love most. It's a win-win situation. Also, look at how HUGGABLE he looks. Like a big, squishy little dinosaur. Do you not want to hug that?

You're soulless, if you don't.

So while you're stuck with Blastoise and Venusaur on the ground, I'm going to climb on the back of my most beloved Pokémon and fly wherever the hell I want.

As a child, I found my surname to be bland. Plante? Ugh. Sure plants provide air and food, without which humanity would disappear, but also, they just sort of sit there doing dumb plant stuff. I envied kids with cool last names, like Slaughter, Killgore, and Greene — my favorite color was and is green. Other than a fleeting interest in flytraps, Bulbasaur my first contact with a powerful plant. It was cute, but not pandering like Charmander; funny but not desperate like Squirtle; and it didn't need a marketing campaign like Pikachu to justify his existence. And it was green. That meant a lot at 10-years-old.

At 30, Bulbasaur is still the best starter. Unless you can find somebody named Turtle or Stupid Dinosaur to defend the others, I doubt you'll find someone with expertise like Chris Plante.

Look, all three of the OG starting Pokémon are objectively adorbs. That can't be the (only) barometer here. And as an analytical person, I can appreciate Griffin's argument; I was all about putting together a balanced team when I played Pokémon Blue​ back in the day.

But the reason Charmander is a better choice than Squirtle or Bulbasaur is an elemental one: FIRE.

People in the world of ​Game of Thrones underestimate Daenerys Targaryen at their peril — because, y'know, ​she can control dragons and walk through flames unscathed​ — and I certainly wouldn't fuck with even a baby dragon, which is basically what Charmander is. You know how I know that? Because he eventually evolves into bigger, better, badder-ass Pokémon, culminating in his final form, Charizard, a glorious winged beast that uses attacks called Flamethrower and Fire Spin. COME ON. Just like the dragons will soon scorch the earth in Westeros, Charizard will rain down fire on all who stand in his way.

And it all starts with Charmander, the little dude whose TAIL IS ETERNALLY AFLAME.

I feel so strongly about my answer here that I am willing to put my job on the line. Charmander is the definitive best starter — nay, the best Pokémon. I have an enshrined collection of Charmander goods in my bedroom. I have threatened to end relationships over my unshakable affiliation to Charmander. I have on no small number of occasions referred to myself as the human embodiment of Charmander, a deceptively tough fire Pokémon who's really just a big scaredy-cat at heart. (I am also very much a Charmeleon and Charizard at my angsty, surliest moments.) I subscribe to the philosophy of C.R.E.A.M.: Charmander Rules Everything Around Me.

If the consensus of the staff here at Polygon dares to disagree, I'm not sure I'd feel comfortable counting myself among them anymore. That's how strong of a bond I've forged with my Charmander, nearly 18 years after I picked up Pokémon Red.

Good news, everyone: Looks like the deserved winner has emerged victorious. Charmander comes out ahead with six votes, earning its rightful crown.

Bulbasaur came close with four staff members vouching for it, while Squirtle fell behind with just three votes.

Feel free to compliment Polygon on its great taste — well, at least when it comes to the first generation games — in the comments below. If you somehow disagree with the verdict, remember this: Numbers don't lie, Pokémon fans. Numbers don't lie.