One Night in Karazhan is Hearthstone's next adventure, adds 45 new cards

As rumored last week, Blizzard announced the next addition to Hearthstone: Heroes of Warcraft tonight at an event in Shanghai, China. We've got the first details on Hearthstone: One Night in Karazhan.

That's a great place to start! As mentioned above, Hearthstone's new add-on is titled One Night in Karazhan. Per Blizzard, it contains "a groovy collection of single-player missions," as well as 45 new cards that you'll be able to use in regular ranked, arena mode and tavern brawls.

The most important thing to note is that this is an adventure, not a full expansion.

What's the difference between an adventure and an expansion? How is this different from Whispers of the Old Gods?

At the moment, Hearthstone alternates between two different styles of add-on. An expansion — like Whispers of the Old Gods or last year's The Grand Tournament — adds a lot more cards, generally well over 100. Adventures are smaller affairs, usually adding between 30 and 40 new cards. With 45 cards added, One Night in Karazhan will join the previous adventure, League of Explorers as the most card-packed in the game's history thus far.

What's especially notable about the difference between expansions and adventures, though, is how those cards are earned. In full expansions, you're left to simply purchase packs or earn them via the arena and hope you get the cards you want. In adventures, you unlock each card in the set by completing a series of single-player boss fights and special class challenges. For a one-time fee, you can guarantee that you're able to get all 45 cards — assuming, of course, that you can defeat said battles.

A one-time fee? How much does One Night in Karazhan cost?

There are actually a few options here. The one-time fee I mentioned is $19.99, which is what it costs to purchase One Night in Karazhan in full from the in-game shop. Players who make this full purchase will receive a special card back as well.

Alternatively, if you're not sure if you want all of the adventure, you can purchase it wing by wing. A single wing of One Night in Karazhan will set you back $6.99, or 700 in-game gold. That's right — if you've been smartly saving up your gold from quests or successful arena runs, you could unlock the adventure wing by wing without paying for it all at once. For those buying piecemeal, Blizzard says it will offer discount bundles to help players complete the collection without paying more than it would normally cost. 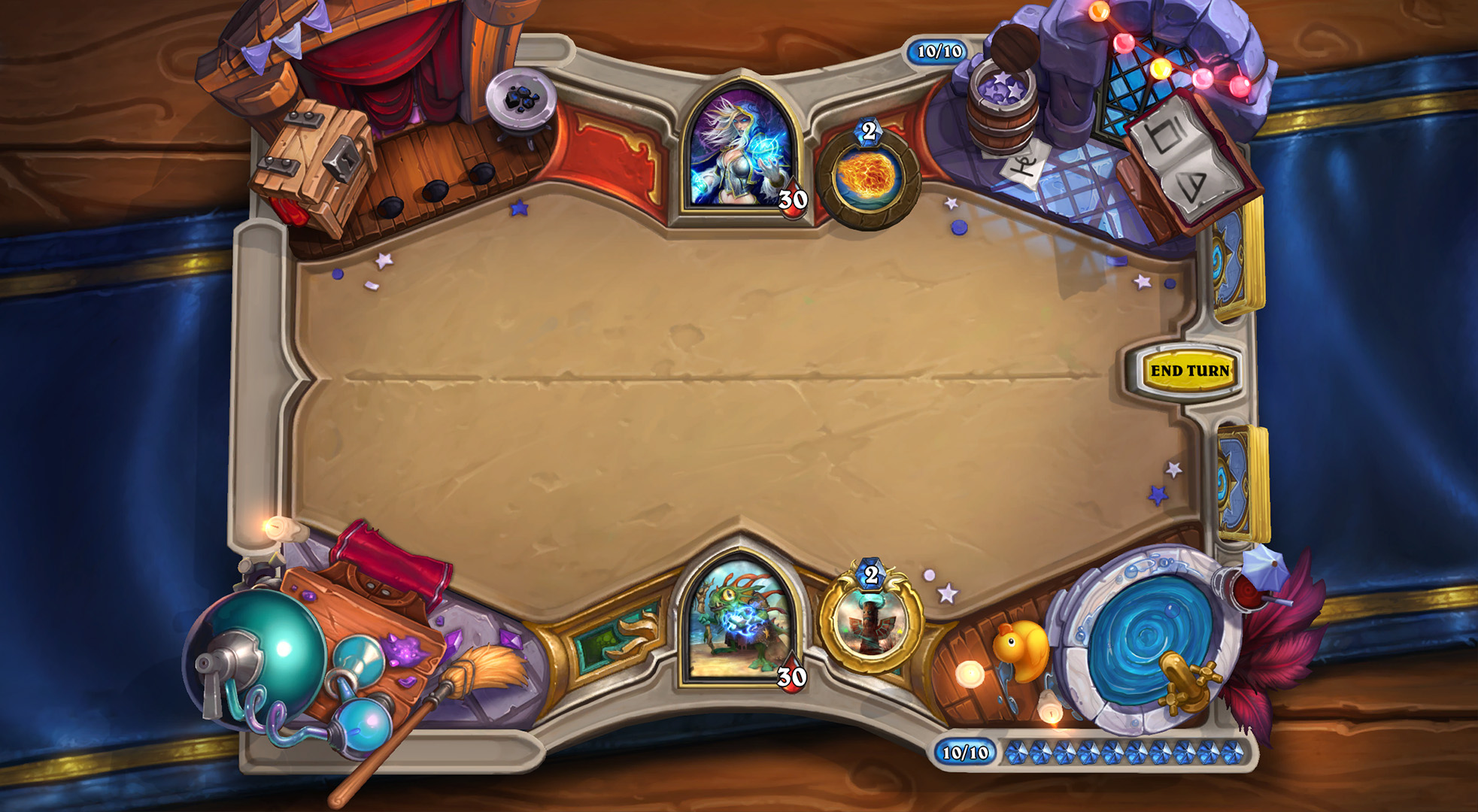 Hearthstone's adventure add-ons are released in wings of usually two to four boss fights (and a handful of associated new cards) each. A new wing goes live each Thursday until the adventure is completed. Blizzard hasn't made it totally clear how many wings will be available total in One Night in Karazhan, but previous adventures have contained four or five.

Let's get down to the real business: What the hell is a Karazhan and why am I spending one night there?

Let's dig into some lore, shall we?

In the history of Warcraft, Karazhan is a spooky, haunted castle in Deadwind Pass that was once the home of Medivh. If you played the original Warcraft: Orcs & Humans or watched this summer's Warcraft film, you may remember Medivh. He's the incredibly powerful mage who goes mad and helps the orcs open a portal to the world of Azeroth, where they can invade and kill humans and generally do orc stuff.

So, yeah, he's not a terribly happy figure.

In 2007's World of Warcraft: The Burning Crusade, set well after Medivh's death in the Warcraft timeline, Karazhan was added as a 10-man raid, where players explored a disturbing, ghostly mansion and fought over a dozen challenging bosses.

As usual, Hearthstone's spin on things is a little more jovial. The story of One Night in Karazhan revolves around players being invited to a party in the legendary castle. However, upon arriving, players discover that Medivh has disappeared, and they must explore and fight off various magical opponents to get to the bottom of it.

Oh my god, that is enough lore, please stop. What new cards are we getting?

Blizzard hasn't revealed everything yet, of course, but we were able to get glimpses of a handful of new cards that will be included in this adventure. Let's take a look at the first seven cards from the new set.

There's not much to say about this one other than that a two-attack, two-health minion for one mana is almost certainly power creep, right? Add in that this card is classed as a beast, and it should be good news for druid players who have been trying to make beast-centric decks work.

Kindly Grandmother gives good value by getting two bodies on the board over time and, inevitably, requiring two attacks (or a wasted silence) to get rid of it. It's also a scary new tool for some of the gnarly N'Zoth-based deathrattle hunter decks that have been popping up lately.

Oh, now this is just delicious. Firelands Portal not only gives you the strategic value of immediately dealing five damage to a target of your choice, but it then has that randomness that we love (and love to hate) so much in the game. Some five-costs you could get include Leeroy Jenkins (with charge, for an immediate six more damage!), a Doomguard (also charge!) or a Psycho-o-Tron.

That said, this may just be too expensive to get a ton of play. I see it being an easy choice in arena runs, but it will have harder time making the cut for competitive and ranked decks, where that randomness factor could lose you the game just as easily as win it.

Six is a high cost, but we're pretty into this card. It's sort of like Paladin's Holy Wrath spell except that the Discover mechanic ensures you'll have some level of choice over the total power of the healing you'll get.

Or you could compare it to Firelands Portal, except you're guaranteed a solid body on the board and a new spell card in your hand. Hard to ignore that value!

This is one of the more baffling additions to One Night in Karazhan so far. Rogue has a number of options such as Gang Up and Burgle that can fill their hands with cards from a different class than usual. But that still feels like a fairly uncommon effect to center a whole card around it.

Then again, five attack and six health for five mana isn't terrible, and maybe there will be some other cards in this adventure that makes this effect more appealing? If only the reduced cost were a constant effect while the minion is in play and not a one-time battlecry.

The first legendary of the new add-on, and it's ... kind of a stinker! I get the cute name/effect combo — it's a "curator," so it brings in one of each of the different minion types. Plus it's a mech, to help complete the "one of everything" feel!

But let's be real: How many successful, well-built Hearthstone decks contain a beast, a dragon and a murloc, or enough of each of those to want to draw them on turn seven? Maybe there's some brilliant all-arounder deck waiting to be built, but alongside The Curator's terrible statline, I am not convinced.

Ok, so, One Night in Karazhan legendaries are off to a rough start.

Three attack and four health is a brutal set of stats for a four-cost card. Unless the minion Barnes summons has a killer aura effect or deathrattle, that weak extra body on the board doesn't seem like it will be worth it. We'll be interested to see if and how better players than us make this one work.

Does the adventure contain any content besides these cards?

A little bit! As previously mentioned, there will be a bunch of boss battles, which are fun little single-player challenges where you unlock most of the cards. Any cards not unlocked in the boss battles will be gained by completing class challenges, which give you a pre-made deck of a certain class and let's you loose to see if you can strategize your way to victory.

For the real hardcore players, defeating all the bosses in a wing will unlock that wing's Heroic Mode. These remixed versions of the same bosses generally have a lot more health and much more powerful hero powers. They require both extremely wise deck-making and brilliant turn-to-turn play decisions to best. Beating all of the Heroic Mode bosses will earn you a special card back to show off your accomplishment.

Enough talk! When can I actually start playing?

One Night in Karazhan's first wing will open on Thursday, Aug. 11, with each subsequent wing opening up a week later until it's all available. And, hey, even if you don't want to buy it, Blizzard will be offering a special "prologue mission" that you can check out for free. This challenge will put you into the role of Medivh and will earn you two new cards and a taste of what you're missing in the full adventure.

In the meantime, check back on Polygon over the next couple of weeks for more updates on One Night in Karazhan as we hear more. You can also watch for video coverage on our full Hearthstone playlist on YouTube.