Share All sharing options for: Counter-Strike YouTubers revealed as owners of gambling site they promoted (update)

Two major players in YouTube's Counter-Strike: Global Offensive community, Trevor "Tmartn" Martin and Tom "Syndicate" Cassel, have been caught in a firestorm of controversy following the revelation that they had not been forthright about owning a CS:GO gambling website in their promotional videos. Now, Valve is warning Steam users before they attempt to log in to the website, amidst the YouTubers' apologies and other attempts to assuage fans' legal and ethical concerns — like turning all of the videos in question private.

Steam users who try to log in to CS:GO Lotto, one of several sites that allow 13-plus-year-old fans to trade weapon skins for actual, big money, will now be met with a warning. "The URL you are attempting to log in to has been blocked by our moderators and staff," it reads. Players can continue on to the site if they so choose, however. 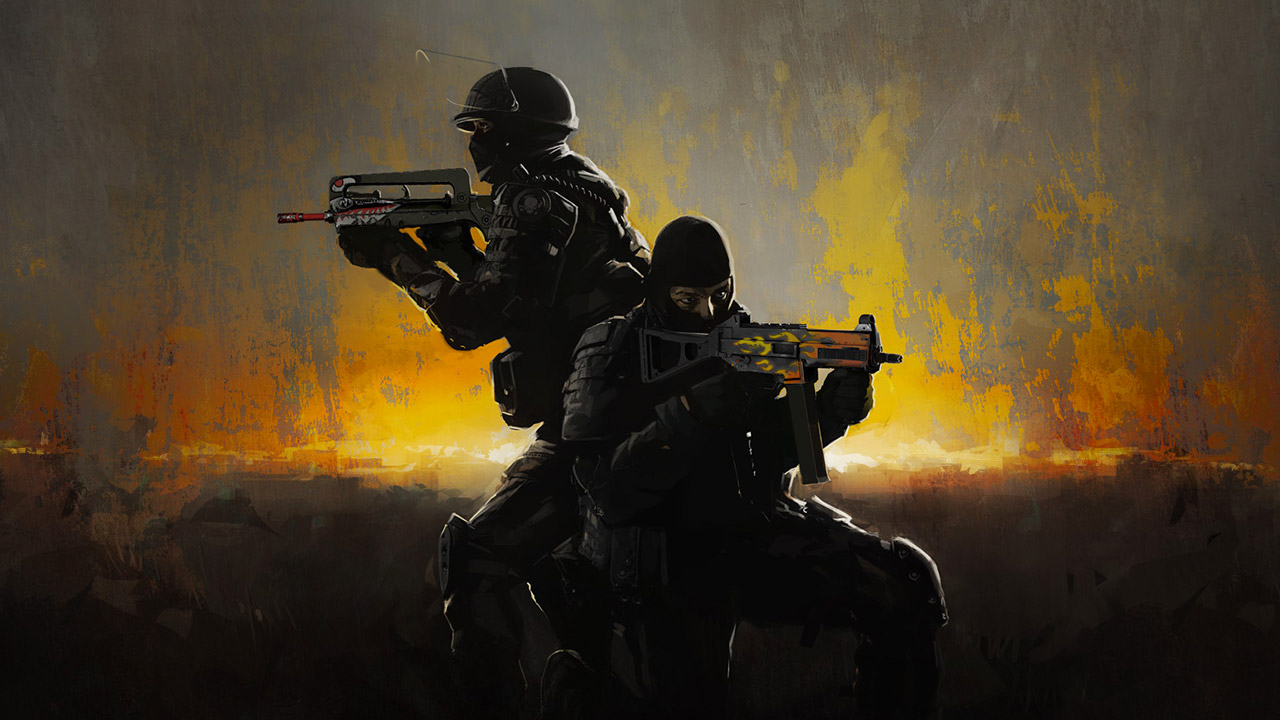 This is one of the latest developments in the week's worth of legal allegations and ethical complaints from Martin and Cassel's subscribers, CS:GO players and fellow YouTubers who have criticized the pair's lack of disclosure. Today, Martin turned all of his CS:GO betting videos private, telling Polygon that he plans to issue an official statement about the controversy tomorrow, July 5.

According to the site's articles of incorporation, Martin and Cassel have served as owner and vice president of CS:GO Lotto since December 2015. Both have used their YouTube channels, which have more than 10 million subscribers between them, to promote giveaways and the ability to win big on the site. That's despite not making their business involvement apparent, instead claiming that the site sponsored them. In Martin's now-private videos, he encouraged fans to check out the betting site for themselves, failing to disclose the nature of his relationship to CS:GO Lotto. (The videos are still accessible via an online archive. Cassel's videos remain online; watch one below.)

The Federal Trade Commission has explicit guidelines on endorsements and disclosure in online advertising, which Martin and Cassel's videos appear to be in violation of. A 53-page document about "effective disclosures in digital advertising" details the basic rules on its first page, including:

Despite Cassel and Martin's videos' seeming violation of these guidelines, at most including mention of a sponsorship in the video description, Martin maintained on YouTube and social media that all of his videos were within the realm of legality.

"I've admitted to wishing I was more upfront about owning the site," he said in a post yesterday that has since been deleted. "It was always public info but I was never very outspoken about it. My idea was to keep business business, while the focus of YouTube was simply making entertaining content. Obviously that was misleading to viewers and something I very much regret. I've never been perfect and I 100% own up to that mistake.

"That being said, everything we've done up until this point has been legal, that has been a #1 priority of ours," he added. "The day it becomes illegal is the day we cease activity."

"[CS:GO Lotto] has never and will never scam/steal from players"

Cassel — whose fans openly wondered about his possible CS:GO Lotto sponsorship as early as October 2015 — kept his statements briefer on his Twitter page, writing last night, "I apologize to anyone who feels mislead regarding the ownership of [CS:GO Lotto]. I will always be more transparent from here on out!

"I do however stand very firmly behind the fact that [CS:GO Lotto] has never and will never scam/steal from players," Cassel said.

Scamming has been a major concern of users, who suggest that Cassel and Martin could have used their site to inflate their winnings or rig the betting system to their benefit. In a video that has since been made private, Martin said that at least "70 percent" of his videos featured him trading his own skins and throwing his own money on the line.

That video came in response to one by YouTuber HonorTheCall, who accused Martin and Cassel of faking their betting success in a detailed video summing up much of this research, below, posted the same day.

Martin attempted to debunk these claims in his June 27 video, admitting his ownership while asserting that it had never been kept a secret, despite the lack of disclosure on videos.

Finally, a video from July 3 by Ethan Klein of H3H3 Productions brought the controversy to a wider audience. In the video below, called "Deception, Lies, and CSGO," Klein goes in-depth and on the offensive as he also pokes holes in Martin's attempts to absolve himself of guilt. The video has gone on to be viewed more than 1 million times, prompting last night's social media responses from Martin and Cassel.

"Trevor has never been involved in the operational or decision making process of our team or company," the managing partners wrote. "He is not a managing partner, does not sit on our board and has a very small, minority stake in the business that operates Team EnVyUs."

We've reached out to Martin, Cassel, Klein and the FTC about CS:GO Lotto's YouTube practices.

The FTC has come down on YouTubers for deceptive advertising practices before. In September 2015, an investigation into Machinima's practices found that content creators had been paid up to $30,000 to promote the Xbox One. Creators — including Cassel — were not required to disclose the payment. Cassel was also accused of not making apparent his equity interest in a product he was promoting last August.

As for Counter-Strike, a member of Global Offensive's massive gambling community has filed suit against developer Valve for its possible facilitation of several popular, potentially illegal gambling sites.

Update: A third video maker, Josh "JoshOG" Beaver, revealed his own equity interest in CS:GO Lotto. In a Twitch stream, he said that he too is involved with the website, something he has not disclosed in prior streams and YouTube videos. This is confirmed by the site's business charter, which lists him among the chief officers.

"It's really not uncommon for a sponsor to have an equity stake," he says during the stream.

The video is no longer on his profile, but an archive may be accessible; he states his involvement around the six-hour, 33-minute mark. If you have more information regarding the controversy, feel free to contact us at tips@polygon.com.

Update #2: Valve has unblocked CS:GO Lotto, according to a staff member. In a Reddit post, he explained that a volunteer moderator mistakenly blocked the site, a measure reserved for malicious websites.