Doom: The Board Game is a hell of a good time

Yes, the tabletop version has “glory kills” too

Share All sharing options for: Doom: The Board Game is a hell of a good time

Video game licenses made a strong showing at this year’s Gen Con in Indianapolis, and Doom: The Board Game was no exception. We played a few rounds of the prototype from Fantasy Flight Games, and here’s what we learned.

Doom is a two-to-five player, scenario-based game that takes much of the inspiration for its mechanics from FFG’s outstanding Star Wars: Imperial Assault. One player takes control of the demons, spawning them into the game through a series of one-time-use portals. The other four players each control a marine.

For the demon player, the objective is to kill a marine a total of six times over the course of the game. For players, objectives change from game to game and include closing portals to Hell, or moving materials off the board. Marine players can pick from up to 30 different classes, each with special perks and abilities. That alone promises to boost the game’s replayability beyond the included set of linked scenarios.

For fans of the reboot from Bethesda, which received a solid review here at Polygon, the game promises to be a treasure trove of gorgeous miniatures. The 28 mm-scale marines are okay, but where the production value of the game really shines is in the elaborate demon sculpts. 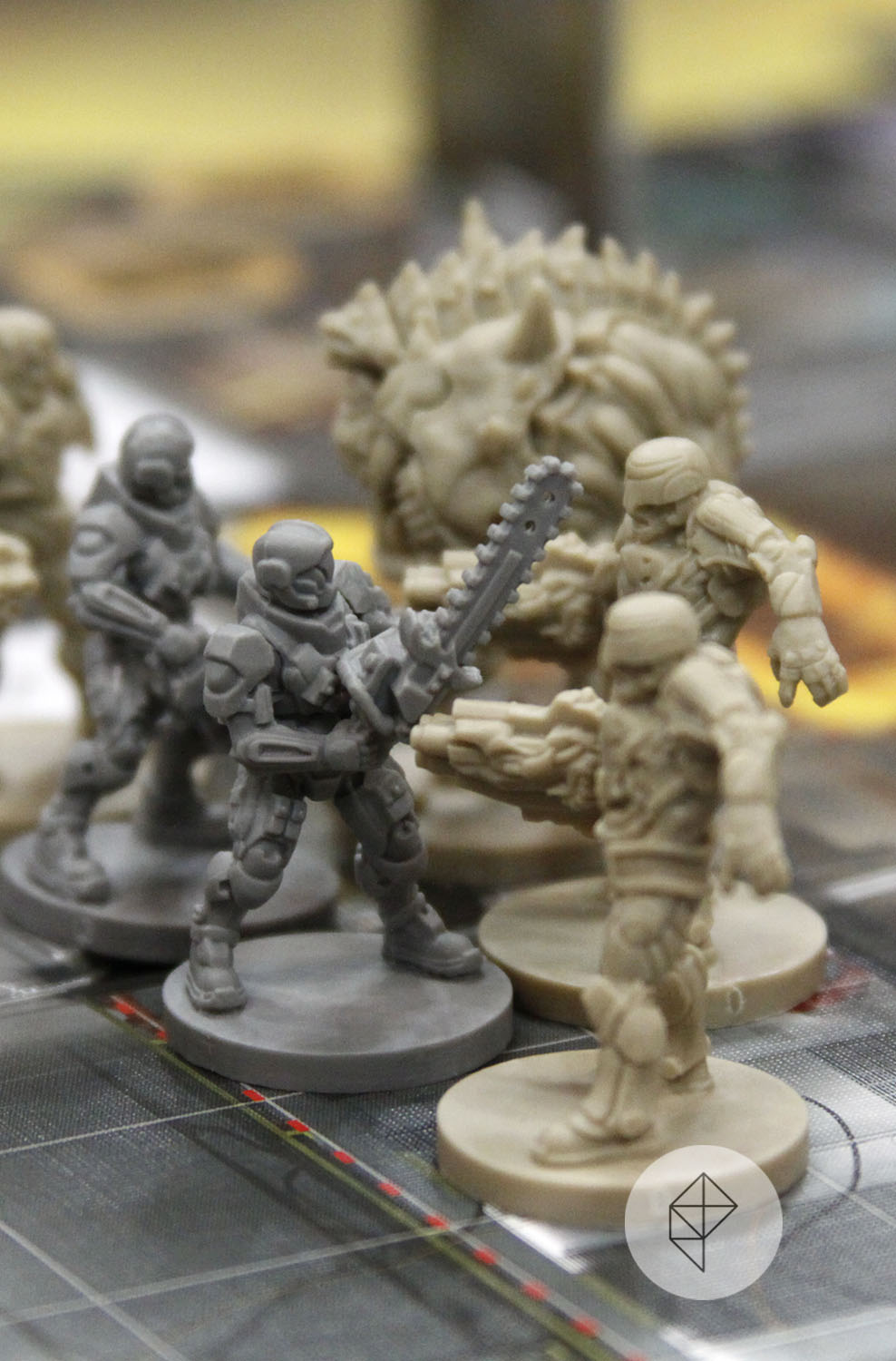 Just looking at the gigantic Baron of Hell made me want to get out all my old brushes and give painting it a go. The details are deep and smartly layered, and the larger models especially look like they’d be easy work for a novice like me.

But what really struck me was how fast and fluid the gameplay was. This is where Doom uses the "glory kill" mechanic from the video game to great effect.

When players bring an enemy’s health below a certain threshold, they can use any remaining movement actions in their hand of cards to take a few steps and melee a demon to death. As a reward, they’re gifted with a card from a special deck of skills that they can use any time later in the game.

Fantasy Flight tells us that there’s not yet a price point for Doom: The Board Game, nor is there a release date. We’re hoping to get hands on with a retail unit before the end of the year.

Polygon will have more coverage from Gen Con 2016 all this week. For more on tabletop games, see our dedicated section here.