Share All sharing options for: Suicide Squad's biggest problem will be the death of the DC Films universe 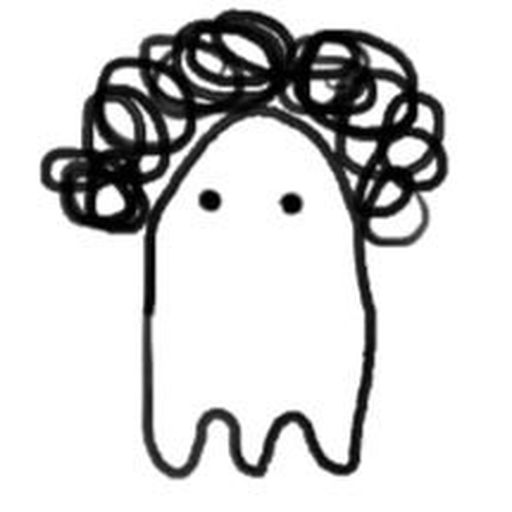 When I was a kid, I loved Batman: The Animated Series, and the Superman spinoff was kind of dull, but I loved that too. So I'd find comics at the grocery store, the video rental place, wherever, pick one up, and be frustrated and mystified by the fifth installment of a seven-issue arc that took place at the center of a crossover event and leaned heavily on cross-book continuity I had no hope of following. That's why I stopped going to Marvel movies after Captain America: The First Avenger — because they started feeling like homework, and started relying on a presumption of familiarity with the characters and their motivations that I found alienating.

But I did see Guardians of the Galaxy, because it seemed so removed from the assigned viewing that it might actually be watchable as a single experience. It was so charming that I actually went back and watched the rest of the Marvel movies I’d skipped. In the same spirit, I didn't go to Man of Steel or Batman v Superman (because they looked tremendously self-important and incredibly boring, respectively), but I did go to Suicide Squad, because it seemed like it might be a fun, stupid movie. And hey, maybe it’d even be a fun entry point into the DC Films universe.

On the contrary, I can now tell you where the rest of the DC Branded Film Universe Cinematic Experience will blow it, based on the biggest problem with Suicide Squad: It has no idea how to introduce characters who aren’t Batman or Superman.

The success of these movies (narratively, not financially — Suicide Squad made a jillion dollars and there’s nothing any of us can do about that) is going to hinge on how they’re able to juggle introducing new characters and building on an ongoing cross-film meta-narrative. Suicide Squad fumbles both sides of the coin, which is a mixed metaphor that I should probably edit, but I refuse to do more work criticizing Suicide Squad than David Ayer did writing it.

The first few scenes are given over to distractingly scored shots of the squadmates in solitary, highly individualized prison cells. For instance, the guy who can turn into fire is in an iron lung, because that’s how you stop fire, and Harley Quinn is in a big electrified cage in the center of an enormous empty room, because I guess that’s more effective than just putting her in a regular cell, somehow. Killer Croc, the crocodile/killer, gets a big sewer-like swimming area. When asked, he explains that he requested this cell specifically, which I guess means ... they built it for him? Which is very accommodating, frankly. Deadshot is just in an empty room, because, whatever, it’s Will Smith, he’s basically going to be carrying this movie by himself anyway. A shitty guard clumsily explains to another shitty guard, who I guess is new, the powers and personality of each.

we get more than halfway through the movie before any of the characters ... actually do anything superpowered or roguish

All things considered, it’s not a terrible introduction — we’re given a basic sense of these characters as dangerous superpowered rogues who buck authority on principle. But apparently Ayer wasn’t happy with it, or maybe he just forgot these scenes exist, because then the movie introduces the characters again. Amanda Waller — played by Viola "I Can’t Believe Ender’s Game Isn’t Going To Be The Worst Thing On My IMDb Page" Davis — hosts a dinner for three and explains to a couple of forgettable military guys that these are dangerous superpowered rogues who buck authority on principle, but this time with a Waller-narrated flashback for each that details their capture.

We, as an audience, would be forgiven for assuming that the approval these military guys grant Waller means it’s time to commence with the Suicide Squaddin’, but oh, no, no, no. Where are your manners? These characters need to be described, in detail, yet a third time, to a different room of military guys, who of course raise the objection that these are dangerous superpowered rogues who buck authority on principle. And then Waller needs to visit them in prison, where they each individually prove themselves to be dangerous superpowered rogues who buck authority on principle. And when the action finally starts, of course, each of the squadmates gets a crate of cosplay gear, while helpful onlookers explain to each other that, hey, these dangerous superpowered rogues? I think, given the opportunity, they might just buck authority on principle.

The upshot of this eternal recurrence of introduction is we get more than halfway through the movie before any of the characters ... actually do anything superpowered or roguish. When it happens, it’s not too bad, but the squad only makes it through a few choppily cut scenes of PG-13-acceptable-to-kill-mud-monsters before they retire to a bar and start introducing themselves again, this time intercutting their questionably tragic backstories. None of these are particularly revelatory, though, so it just feels like more time killing. 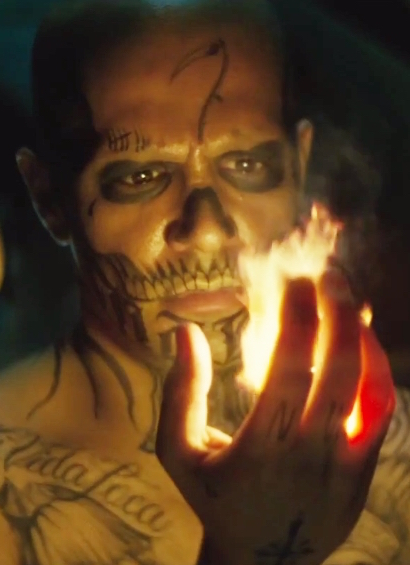 We never get out of the introductory phase, because when the movie ends, none of the characters have really changed: Deadshot still loves his daughter, Harley Quinn loves the Joker, Captain Boomerang loves boomerangs, Killer Croc fuckin’ loves being a crocodile and a killer. OK, fine, there’s Diablo, who didn’t want to do fire murders anymore because he’d done so many fire murders and also fire-murdered his own family, who then relents and decides that he’ll do some fire murders again. So there’s your arc.

I can’t talk about bad introductions without talking about how Suicide Squad introduces Jared Leto’s Joker. It’s the least return on investment for method acting in the history of acting being a thing, dethroning the previous champion, Jared Leto, who drank liquefied Snickers every day for months for a direct-to-DVD biopic about the guy who shot John Lennon. He didn’t get an Oscar, but he did get gout.

Thousands of shots have been taken about how goofy Leto looks, so we can leave that alone, but ... The Joker begs a gangster played by Common to have sex with Harley Quinn, and when Common doesn’t want to, Harley Quinn gets mad, Joker taunts Common with his twisted tattoos and then shoots him. 2016 is the year we, as a species, spent $135 million on opening weekend to watch a juggalo kill someone because they turned down his mw4m solicitation.

Ultimately, Suicide Squad is coasting on a stylish trailer, because it’s easy to intercut quick shots of flashy ensemble cosplay quips and make a dull, uneven movie seem like it’s going to be entertaining. And sure, Man of Steel did OK, as did Dawn of Justice, because it’s easy to trade on audience recognition of two of the most well-known and iconic characters in the history of media. But this can’t work for (comparatively) lesser-known characters, which is why the marketing campaign of Suicide Squad was so Joker-heavy. The Wonder Woman trailer is dour and joyless, which is maybe why it ends with one character pleadingly insisting to another, "I really like her. I do. I like her," and why DC Films already released a Justice League trailer that heavily features her.

But if your strongest pitch for a movie is that I need to watch it to understand another movie, I’m not sold. And if DC Films can’t figure out how to introduce Wonder Woman, what in the world are they going to do with Shazam? With Cyborg? I guess I’ll have to ask around, because I can’t give more money to the people who released Suicide Squad. And based on the dead-silent, listless audience at my opening-night showing, I can’t imagine I’m the only one.